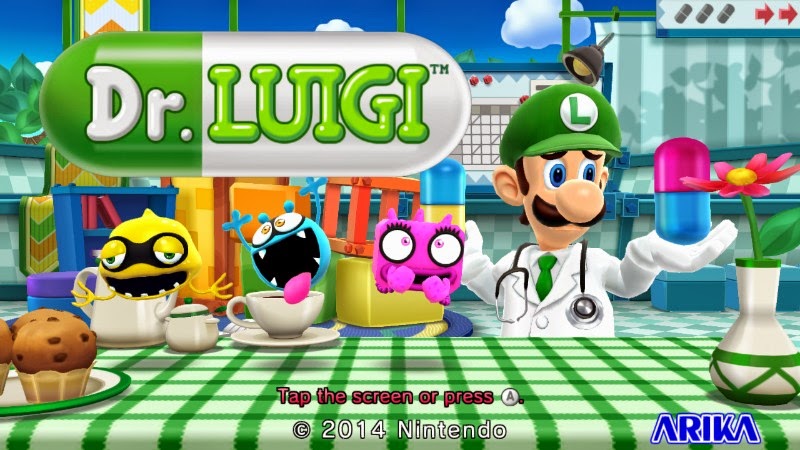 From early 2013 to early 2014, Nintendo spent a good amount of time and money on The Year of Luigi, a marketing promotion focused on Mario's greener, goofier brother. From games focused on him to hiding his NES sprite in various places to causing trouble on a train in Chicago, Nintendo's plan was a weird one that was often funny but of questionable value to the company, since 2013 ended up being a year of financial losses. Closing out the Year was Dr. Luigi, a Dr. Mario sequel that took a man who can barely walk safely and stuck him in a hospital to fend off alien viruses.


First released in 1990 on the NES, Dr. Mario is one of Nintendo's best known puzzle games. Players drop colored pills onto diseased virus monsters and eradicate them by lining up the correct colors. In multiplayer, competing doctors work to clear their screen of viruses as quickly as possibly, dropping slow falling junk onto their opponent's screen when combos are performed. The game has been ported and re-released many times over the last 24 years, and not a lot has been done to shake it up. 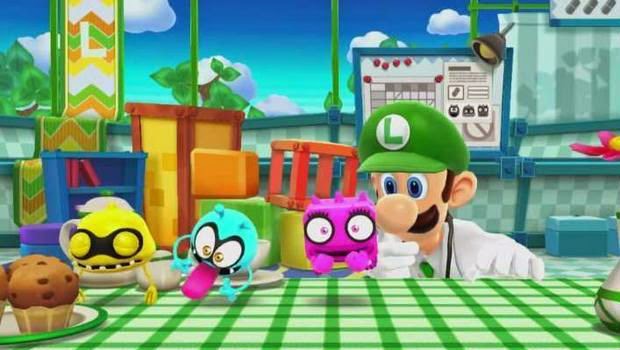 Dr. Luigi offers three main game modes: Retro Remedy is basic Dr. Mario with new, prettier graphics that look nice and smooth in HD. Retro mode can either be played in classic, clear the screen mode or in Flash Mode, where players focus on eliminating specific viruses and not the whole batch. The second mode is Virus Buster, a touchscreen-only variation on the classic game that was first introduced as a minigame in Brain Age 2 on the DS in 2007. If Nintendo ever considers selling games on phones, this one right here's a good choice. 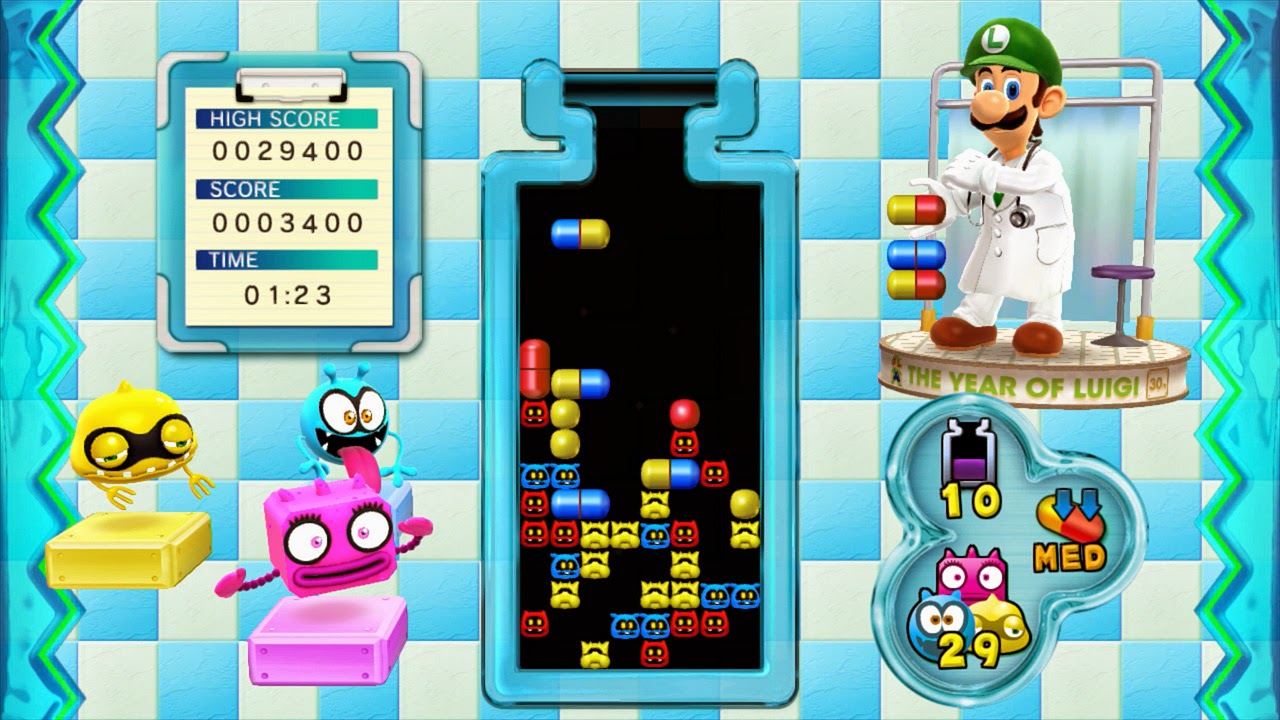 The third game mode is a new one, Operation L. In this mode, instead of two-unit capsules falling, players have to two with four-unit pieces, each made up of two conjoined capsules. This definitely shakes up the game and makes it a lot harder to speed through stages, as you're far more likely to drop junk where you don't want it. While it's not fundamentally very different from classic Dr. Mario play, it's still a fun variation that's definitely worth checking out for long-time fans. This mode also features both Classic and Flash variants, and contains new music that's not as good as the songs featured in Retro Remedy mode. I have no idea why each mode doesn't just let you choose any music you want. 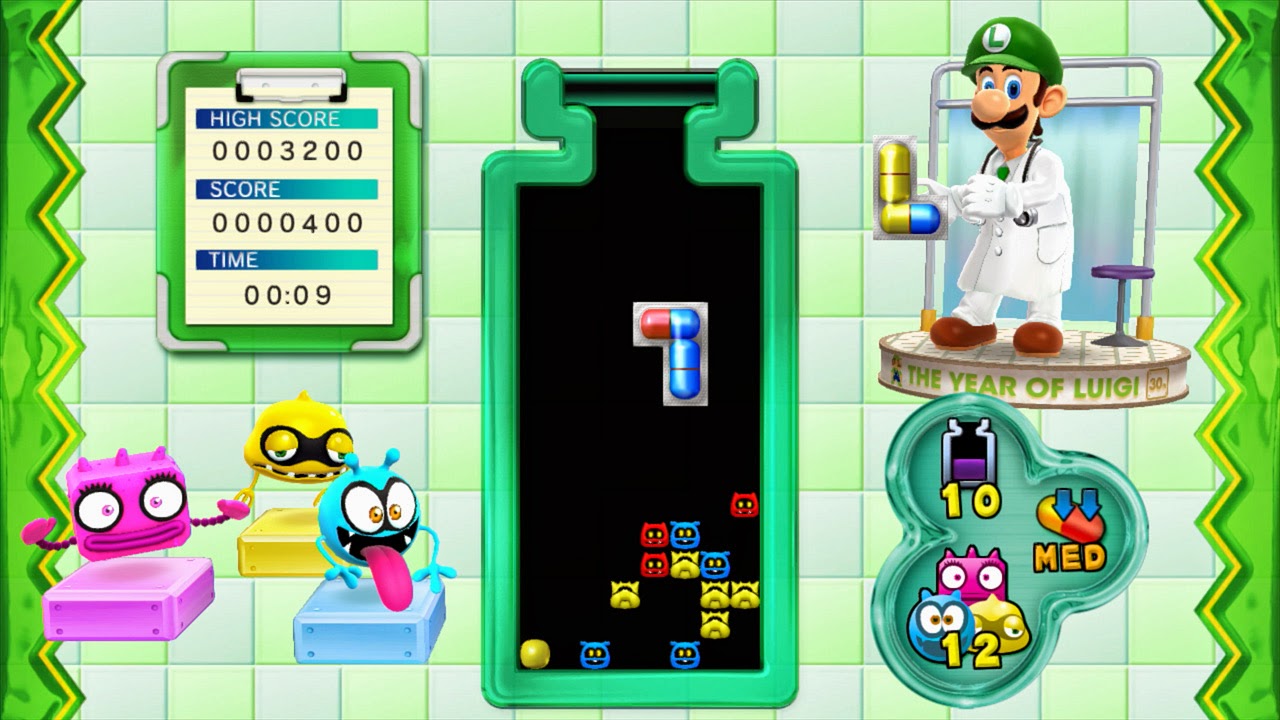 Retro Remedy and Operation L can both be played online, though unfortunately the community is largely dead a half a year after release. If I let the game search for a few minutes, I can usually find someone to play Retro mode with, but I've only once ever found a match in Operation L. Local multiplayer is still great, but it's sad to see the online mode, which does work well, turn into a ghost town so fast, but given the Wii U's sluggish sales, it's not a huge surprise.

I like Dr. Luigi and it's a great game to pick up for a few minutes when I feel like unwinding with some simple puzzle gaming, but I'd like to see Nintendo try a little harder with a sequel. More game modes with more variation, maybe a mode with a wider play field, perhaps a co-op mode where two players share one big screen? Possibly some power ups that can be used in multiplayer, making matches feel less static? Tetris sequels throughout the years have done all of these things, to varying levels of success. Nintendo put out a good game here, but it still feels too safe.
Posted by surlaw at 5:30 PM