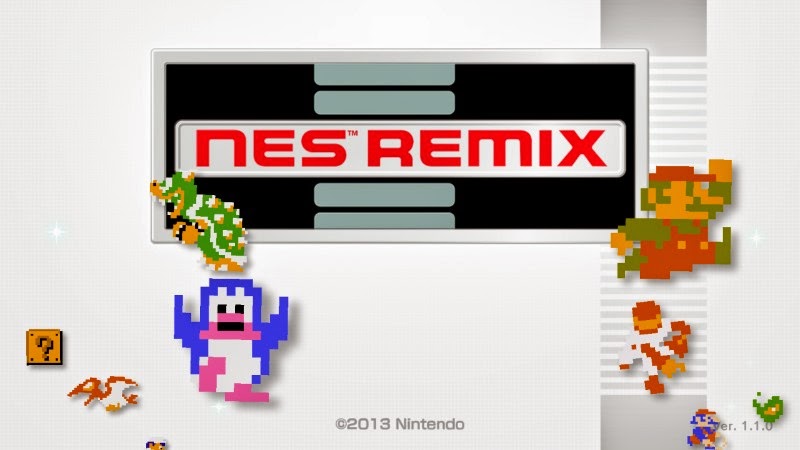 In 2003, Nintendo launched the first game in the WarioWare series on the Game Boy Advance. This series, which would see six sequels across consoles and handheld systems, is a collection of "micro games" with extremely simple controls that each last a matter of seconds, with the appeal being the random, frantic nature of anticipating what to do next. Ten years later, NES Remix launched as a sort of spiritual successor. This title takes 16 classic NES games and trims them down to bite sized bits, with each round lasting anywhere from five seconds to a couple of minutes.

I'm a big WarioWare fan and a big classic NES fan, so this game's is conceptually perfect for me. There are two kinds of challenges in this game; basic ones which simply prompt you to complete regular in game actions as quickly as possible (Complete Donkey Kong stage 1, collect 20 coins in Super Mario Bros.) and Remix Mode which weirds things up a bit. Play through the first two stages of Donkey Kong as The Legend of Zelda's Link! Play the arcade Mario Bros while protecting a cowardly computer controlled Luigi! Play Super Mario Bros entirely in silhouette! 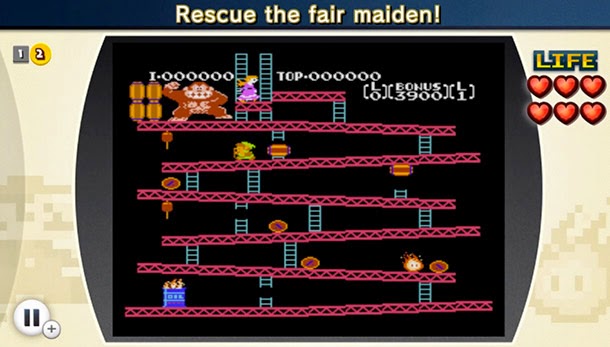 Not all of the games are equally represented, which is probably for the best. Mario Bros (both Super and the arcade classic), Donkey Kong, and Zelda get plenty of stages, while simpler titles like Pinball and Clu Clu Land only get a couple. For the most part, the better games have the most stages, though I would have enjoyed seeing more Pinball remixes than we get. I'd never played NES Pinball before, but to my surprise it's actually pretty fun. I love that you get to essentially play through the entirety of the first Zelda game, distilled down to five minutes. 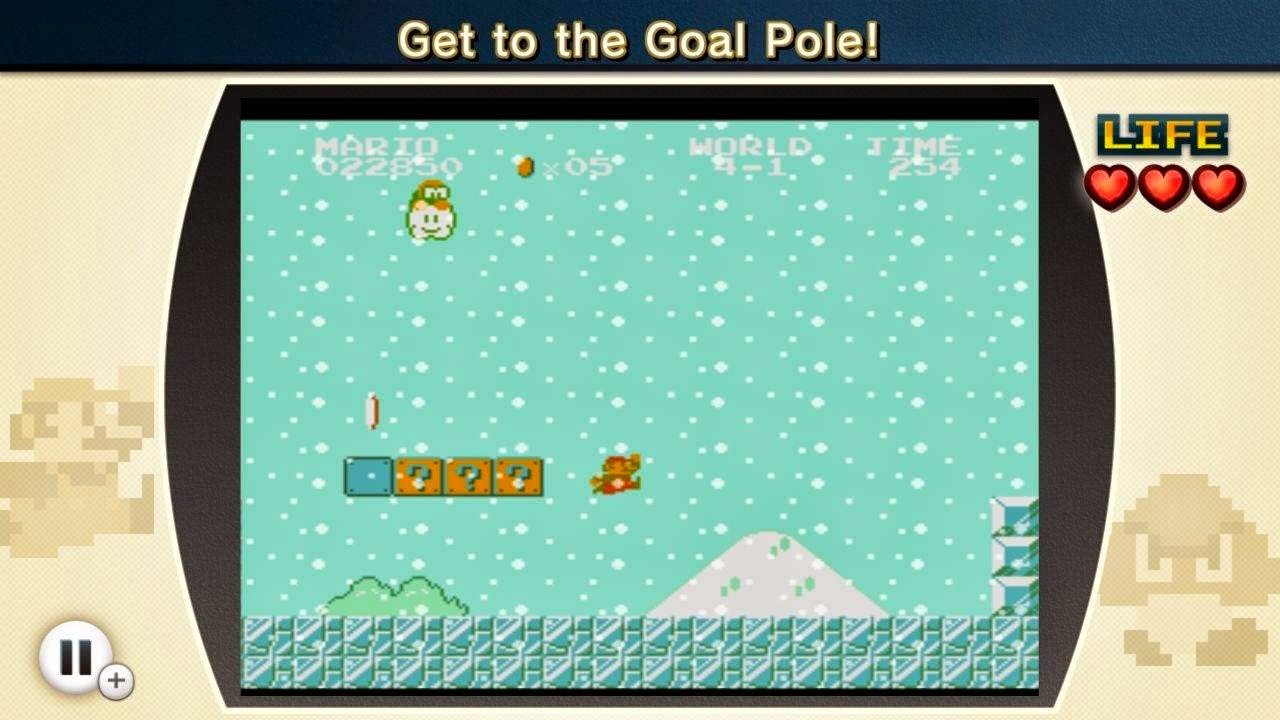 All of the games represented here come from the earliest days of the NES, and while some of them are true greats that have stood the test of time, some of these games just aren't fun to play. I personally can't stand Ice Climber, Golf, or Tennis; I can just tolerate Balloon Fight and Wrecking Crew. Baseball coasts by on my nostalgia. No one likes Urban Champion, but it has barely any stages anyway. I'm the world's only Clu Clu Land fan. NES Remix 2, released in 2014, offers a smaller variety of games, but the games are generally better ones.

After each stage, players are given a rating based on how fast the stage was cleared. It's fun to replay the good stages and try to beat your high scores, but stupidly there's no online, or even local, leaderboards. You only get to see your own best score and the score of anyone who happened to leave a Miiverse message in that particular stage. This is the game's biggest flaw, and I can't imagine how a score attack game could be released in today's world without any way to compare your scores with others. 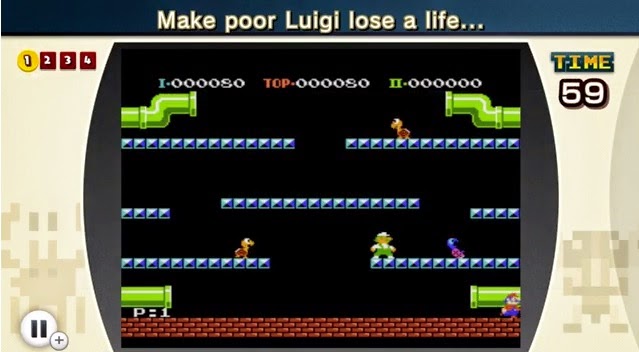 I wish that at least some of these games were playable in full, rather than just the bite sizes, after completing their stage sets. I understand that Nintendo would rather charge an extra $5 a piece to download the full versions of Mario, Zelda, and Donkey Kong, but is there really a big market for Baseball, Pinball, or Clu Clu Land? I also wish that Pro Wrestling, Duck Hunt, and Gyromite had been represented in some way.

NES Remix is a lot of fun if you're a fan of score attack games, WarioWare style micro games, and classic NES titles, even if some of the ones included are pretty bad. There are over 200 stages to complete and some are quite good. This collection's a great way to take a quick trip through Nintendo's early days, with a change to see both the good and the bad. The games represented in NES Remix 2 are more refined, but the ones here are largely important titles even if they're not all good. If old, sometimes sloppy 8-bit era games aren't your thing, you're going to be frustrated with half the titles here, but otherwise, NES Remix is definitely worth checking out. 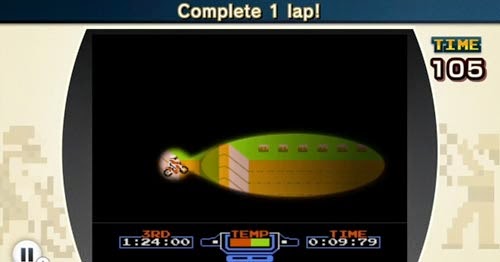