Released as a tie-in for Edgar Wright's film adaptation of Bryan Lee O'Malley's popular comic series of the same name, Scott Pilgrim vs. the World is an old-school styled beat em up inspired heavily by Technos' 1989 NES brawler River City Ransom. The game features large, colorful sprites animated quite well by Paul Robertson, who puts a little too much bounce into some of the game's cartoon children. With a soundtrack by Anamanaguchi blending rock music and 8-bit sounds and supervision by the comic's author, Scott Pilgrim has a lot going for it. In spite of all that, it's not a very good game.


Action takes place across seven stages, each divided into a couple subsections. Up to four players can cross long, long stages full of nerds, dinosaurs, and zombies to punch as they control comic heroes Scott, Ramona, Kim, and Stephen in their quest to punch the necks of each one of Ramona's exes. Enemies drop coins which can be used to buy health restoratives or permanent status boosts. In an unnecessarily faithful tribute to old games, you don't really know what an item will boost until you've bought it. Experience is earned as you fight, and players can level up 16 levels, each level unlocking new fighting abilities. A final secret power up can be purchased late in the game. Annoyingly, you don't recover health or lives between stages, but since there's no consequence to getting a Game Over aside from restarting a stage, your best strategy is to just let your character die if you're low on health when starting a new level. 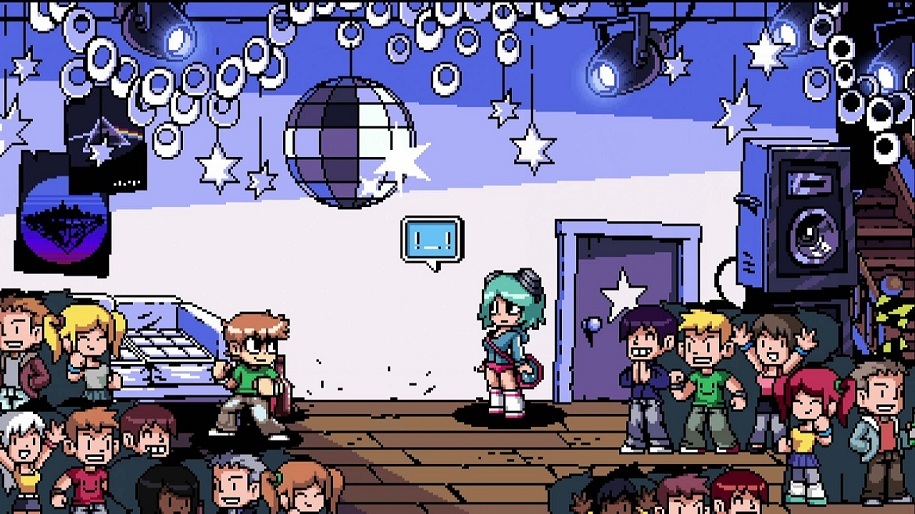 Combat starts out very simple, and as a result the first few stages are quite boring. You've got light and heavy attacks, you can pick up items, and you can block. Eventually, you can throw enemies, counter attack enemy strikes, gain new evasion techniques, and get stupidly strong. I appreciate a progression system, but it doesn't work well when there's no freedom in which skills you earn, and not being able to throw enemies early in the game is a huge annoyance, since there's no other way to deal with enemies who are blocking, and some of these guys really love to turtle up and block. On top of that, there's almost no difference between the four characters, but there's no shared experience between them, so you've got to level up all four separately.

Scott Pilgrim has absolutely terrible balance. Enemies start out overwhelming, but you'll be able to one-shot them soon enough by buying a couple of strength boosting items. Groups of plain, cannon fodder enemies almost always provide more danger than the game's bosses, who are fun after the first two but who never really put up much of a fight. Player skill matters, but the way to survive this game is to level up and buy junk, otherwise you'll be doing almost no damage to later enemies. This isn't something I look for in this kind of game; take for example Wayforward's Double Dragon Neon. In Neon, you can buy new techniques to strengthen your guys and add variety to combat, but I never felt that I HAD to in order to progress. Neon also offers a very wide range of abilities, making combat much more customizable. Scott Pilgrim's item system felt like more of a chore, with clunky menus and uninteresting stat progression. I don't care if menus were clunky in River City Ransom, you don't need to replicate that in 2010. That's not the part of old-school games that people enjoyed. 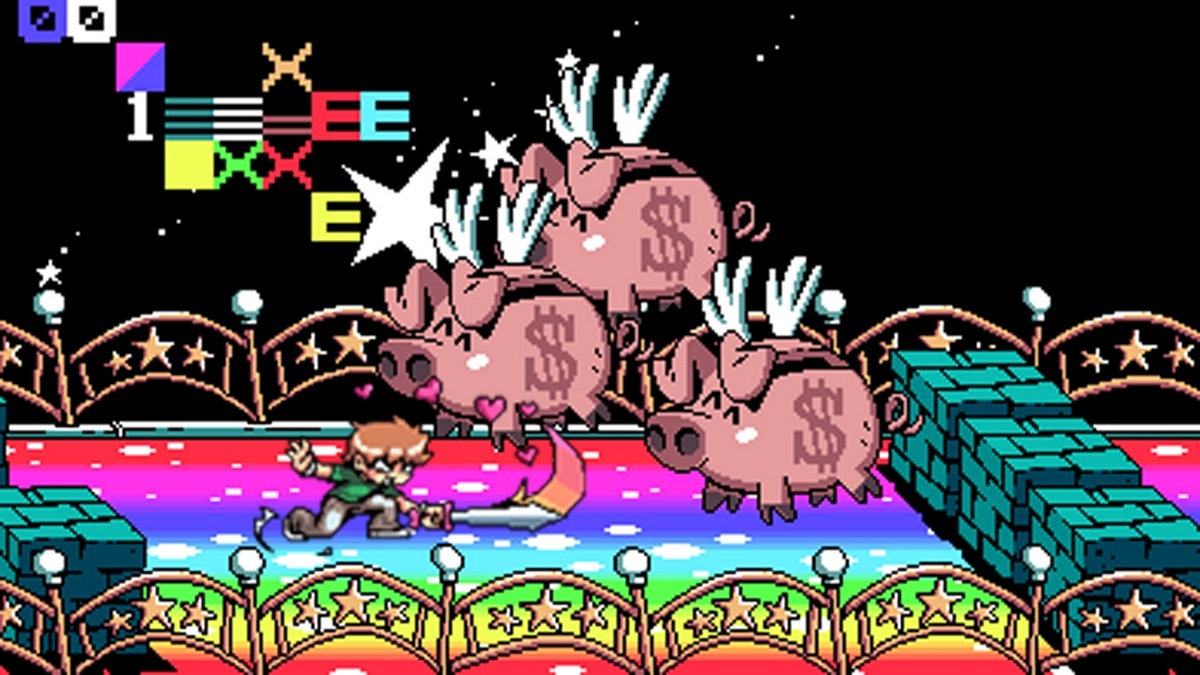 Some stages, especially the first and last, are way too long for their own good. Since you're mostly fighting the same enemy groups over and over again, you can really get sick of a stage fast. In comparison, I can play through all of Golden Axe in the time it takes to finish a couple stages of Scott Pilgrim and have a much better time. Hit detection can get wacky, enemies can both juggle you and be juggled by you to ridiculous degrees that can almost instantly kill either you or a boss. There are almost no invincible frames on anything, so recovering from being beaten on can be a pain, even once you gain the ability to safely fall instead of hitting the ground and laying there immobile for a really long time. It's easier to kill yourself with a thrown weapon than it is to take out an enemy if you're standing near the edge of a stage.

Overall, Scott Pilgrim is a bloated, messy game that's all style and no substance. The art's great, everything flows together well, and aside from a couple horribly shrill notes (looking at you, title screen) the music's nice. Everything works except the game itself, which is all that really matters in the end. Obviously the game is more fun with friends than solo, but there are better brawlers to play with your friends than this. The Playstation Network has plenty, from the newer, amazingly good Double Dragon Neon to classics like Golden Axe, Streets of Rage 2, and the X-Men arcade game. Scott Pilgrim's worth checking out if you're a big fan of the comic, as it does a stellar job adapting the comic's art style to a video game, but there are better options out there. Still, it's miles beyond the miserable Turtles in Time: Re-Shelled. 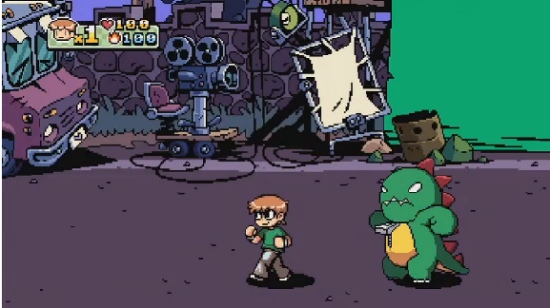