This year I'm doing things a little differently, focusing on my top ten movies and games (plus honorable mentions) rather than summarizing everything I watched and played. I watched a total of 100 movies this year, 50 of them new releases, and still didn't see everything I wanted to! That's an all-time record for me in yet another deeply weird year spent mostly at home. Work continues steadily on Walthros: Renewal, which I'm hoping to release later this year, and we adopted a second cat!

Let's start things with my movie picks! I watched a lot of horror this year, both old and new, obscure and mainstream; I rewatched all of the Nightmare on Elm Street and Friday the 13th movies and then went on a deep dive into folk horror on the basis of recommendations in the excellent documentary Woodlands Dark and Days Bewitched. Of my top ten new films this year, seven out of ten were horror with six more filling out my Honorable Mentions section! It was, to say the least, a very spooky year.

Candyman (Nia DaCosta) - I like stories about the intersection of fiction and reality and this movie answers the question, "What if Velvet Buzzsaw was actually good?" This is a great sequel to the 1992 original of the same name that both recontextualizes the original story and stands on its own as something new, with its most powerful moments being the fantastic finale. It's rare for a horror movie to have a great ending, let alone have the ending actually be the best part! The atmosphere throughout is great, but it's the shadow puppetry that absolutely steals the show.

Censor (Prano Bailey-Bond) - Another one that blurs the line of reality and fiction, Censor is my favorite horror film of 2021. Niamh Algar's lead role as Enid Baines is one of my favorite performances of the year; watching her world slowly unravel and mutate into a cinematic nightmare is both unnerving and compelling, a loss of self-identity that's easily relatable even as it crosses into horrifying. 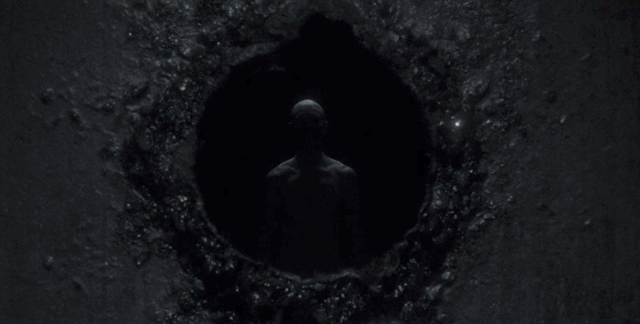 Come True (Anthony Scott Burns) - This is a movie that really made me miss theaters. An incredibly effective mood piece about dreams with outstanding art design in its nightmare realm, I'd have loved to see this in a dark room just completely consumed by its sights and sounds. The ending is a bit iffy, but otherwise this is a film with an incredible sense of unease throughout every scene. 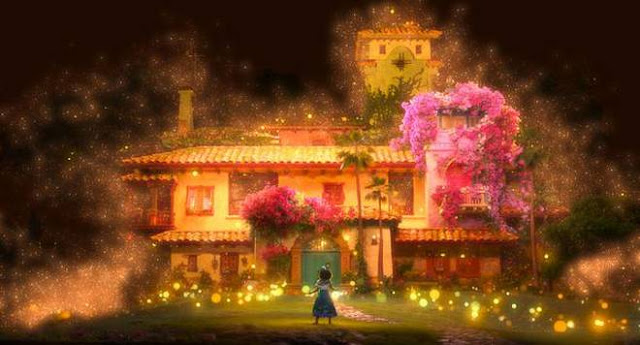 Encanto (Byron Howard, Jared Bush) - Encanto includes some of my favorite things: Capybaras, tapirs, and exploration of generational traumas. Disney musicals still stand out way, way ahead in quality over anything else the company makes. Gorgeous color with some nicely surreal sets and a fantastic soundtrack! Features Diane Guerrero in a "super powered misfits living in isolation trying to overcome an overbearing parent figure" story with a living house and a desperate need to break hetero-normative expectations so it's basically a PG version of Doom Patrol. 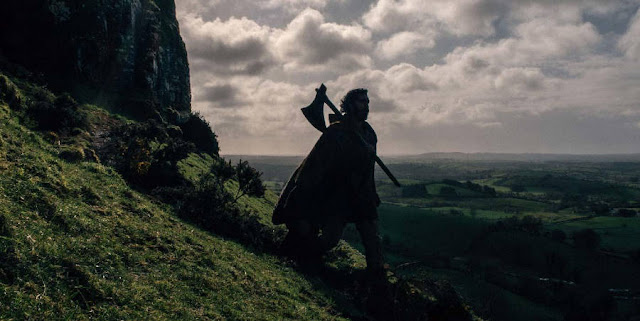 The Green Knight (David Lowery) - One of the few movies I actually did see in a theater this year (with a grand total of four people present) and I'm thankful I did; this is a moody audio-visual masterpiece from the director of A Ghost Story, one of my all-time favorites. It's a spooky, funny, and appropriately weird adaptation of a 14th century story that never feels dry or dated. In spite of its distance in time and setting from modern life, The Green Knight's themes of guilt and responsibility feel absolutely relevant today. 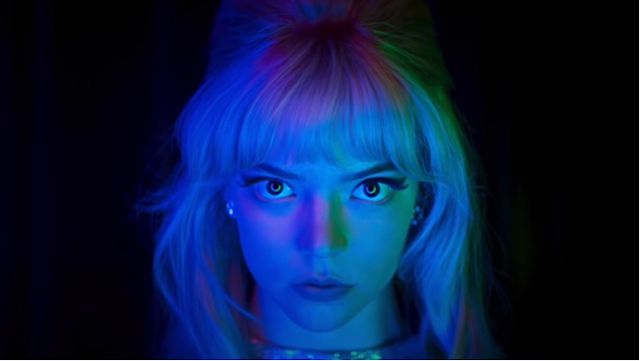 Last Night in Soho (Edgar Wright) - The perfect film for anyone who's ever walked by a mirror and thought, "I really wish Anya Taylor-Joy was on the other side." I loved the fashion, the music, every bit of colorful lighting, and the sheer drunkenness of the film's atmosphere. Anya Taylor-Joy and Thomson McKenzie are both fantastic and I'm always a sucker for Psychic Trauma Lives On In A House stories. 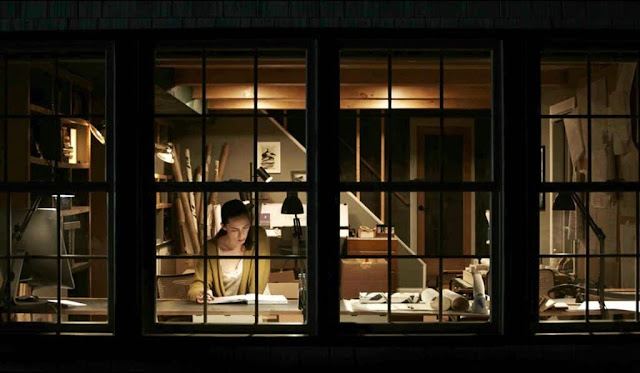 The Night House (David Bruckner) - A quiet horror film about trying to find something, anything, that can explain the unexplainable as a woman tries to find a way to make sense of her husband's suicide while surviving her own nightmares. Rebecca Hall is excellent, as always, and her supporting cast shows more warmth than usual for the genre. 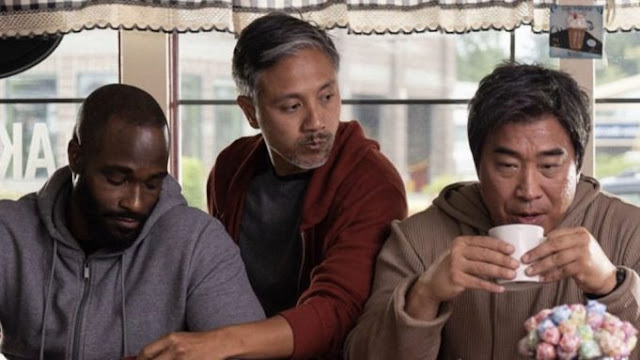 The Paper Tigers (Daniel L.K. Caldwell) - I love stories that walk the line between genuine drama and abrupt silliness and this one balances that perfectly. It's sweet, moving, funny, and has really solid fight choreography. Our bumbling, past-their-prime heroes do their best and are all fleshed out, human characters, never just the butt of the joke.

Pig (Michael Sarnoski) - What could have been a revenge story is instead a quiet meditation on grief, mortality, and remembrance. Robin (Nicholas Cage in my favorite performance of the year) is both subdued and powerful as a reclusive gatherer whose companion hog has been stolen and the time we spend with the pig itself is delightful; anyone can appreciate a pet like this.

We follow Robin on an odyssey through Portland, seeing the hopes, pains, and dreams of the people he encounters as he moves from the wilderness through the underworld and into the light of truth. It's a celebration of cooking as an expression of the soul while simultaneously condemning the artifice of Fine Dining.

Robin possesses a perfect memory, a gift that both brings comfort and pain; he can open the hearts of those who suffer, but at the same time cannot move beyond his own loss. Sad but compassionate, this is a film that asks its audience to see and respect the pain of those around them, rather than box everyone into cartoonish "good guy, bad guy" columns. 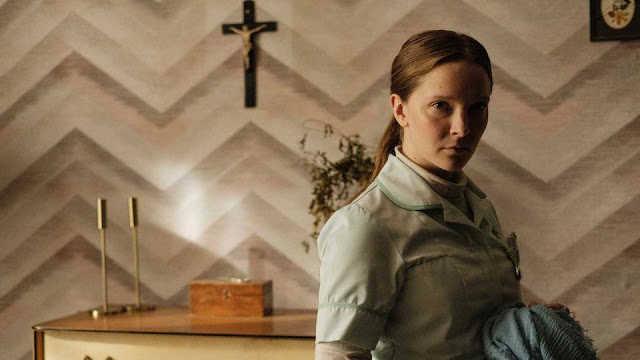 Saint Maud (Rose Glass) - A slow-burn Satanic Catholic-guilt psycho drama looking at the thin border between life and death, epiphany and delusion, love and hate; Morfydd Clark is a fantastic lead and this movie felt 100% designed to give me, personally, an absolute deepest dread. Obligation, trauma, and regret are bundled together into an existential time-bomb that there's no good way to diffuse.

Bloodthirsty (Amelia Moses) - A gothic-musical-horror film with werewolfism as a metaphor for both primal creativity and repressed trauma, following a singer-songwriter invited to the manor of a literally predatory record producer. Gets campy and weird and the music rules. Absolutely made for me. 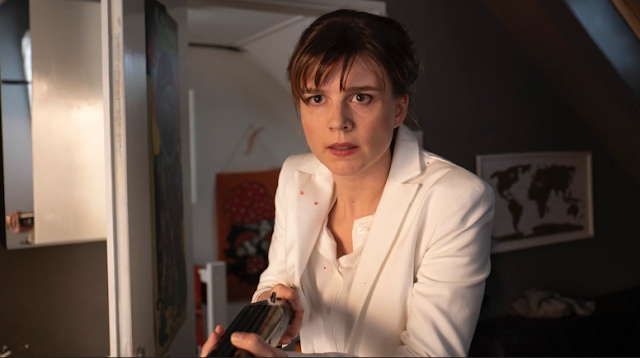 The Columnist (Ivo van Aart) - A satisfying revenge-horror film about manners, free speech, and online weirdos, The Columnist/De Kuthoer plays well paired with Promising Young Woman. This one leans further into the comedy side of horror-comedy, but the absurdities of the online world it presents are sadly completely true to life.

Detention (John Hsu) - There sure are a lot of movies and TV shows with this title! I'm not well-versed with the historical setting (Taiwan under martial law in the 60's) but the paranoid hopelessness is certainly universal. I always like movies where dreams are just as real and important as the waking world. The desperate need for any kind of comfort leading you into a nightmare world where even your dreams aren't a safe place to be is always powerful horror. I didn't know this was based on an indie game but that's pretty cool! 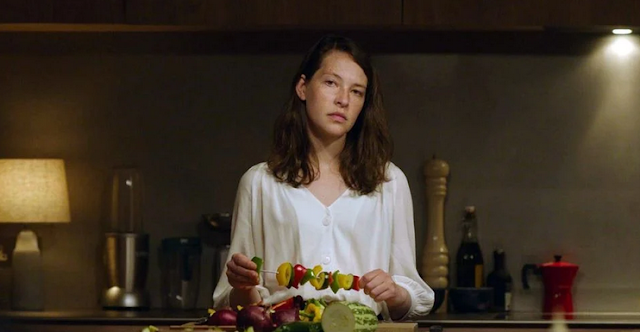 The Feast (Lee Haven Jones) - A Witch vs. Rich movie about nature bringing vengeance on people spoiling the earth for their own material gain. A combination of Parasite and Under the Skin if that's a selling point for you (it was for me)!

Lapsis (Noah Hutton) - An incredibly real look at automation and the exploitative nature of the Gig Economy told through the eyes of a grumpy, ordinary dude just trying to pay his brother's medical bills. Noah Hutton creates an incredibly natural scifi world just barely ahead of our own, and Lapsis Beeftech has got to be the best character name in ages.

The Matrix: Resurrections (Lana Wachowski) - This is the only one of the four Matrix movies where I really bought into the love story, which is the core of the film this time around. It also goes so much further into issues of fluid identity than the rest of the series, it's indulgent and over the top and great! Much funnier than expected too. I'm always up for both writing and watching self-referential art about art where life and fiction collide. Yeah, New Nightmare is one of my favorite horror movies, of course I liked this Matrix. 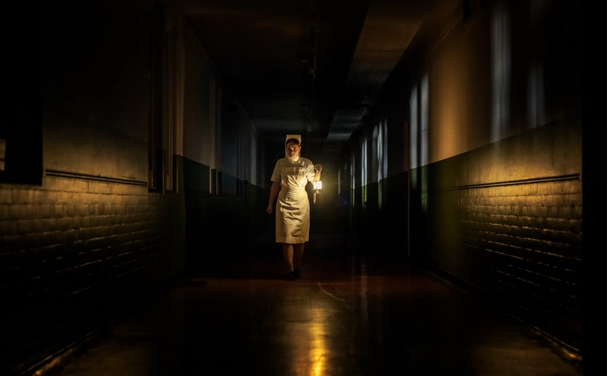 The Power (Corinna Faith) - One of those great double meaning titles, here talking about both electricity and patriarchal power. A classical Ghosts n' Trauma film that evolves into a modern feminist revenge story that goes beyond a story of conquering fear as our heroine learns to weaponize that fear. Fantastic atmosphere and an excellent performance by Rose Williams. Another horror film with a great ending!

Promising Young Woman (Emerald Fennell) - An incredibly grounded horror/revenge movie driven by a remarkable performance by Carrie Mulligan, this is Fennell's directorial debut and I can't wait to see what she does next! A crushing condemnation of a society and legal system that looks the other way when the accused is too big to fail. The revenge scenes are uncomfortably satisfying and the finale is both triumphant and tragic. 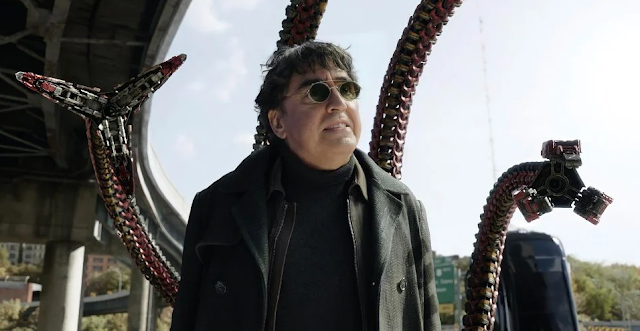 Spider-Man: No Way Home (Jon Watts) - The best of the Marvel Studios Spider-Man films, a series I've otherwise been very lukewarm on. Tom Holland finally gets to show some real range, the Tony Stark and SHIELD stuff I hated in the other two movies is reduced to almost nothing, and we're given a reminder of how good the previous two Spider-Man film series were (Yes, I like Spider-Man 3, yes, I like both of the Amazing Spider-Men.) While it hits a lot of similar themes, it's no Into The Spider-Verse, but it stands above anything else Marvel has released. 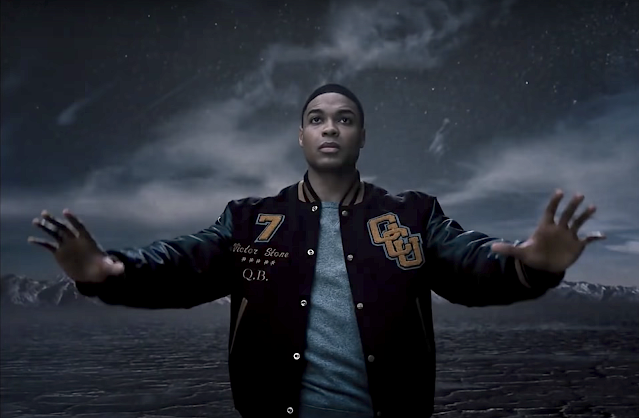 Zack Snyder's Justice League (Zack Snyder) -  A really fun movie on its own plus a damning look at studio meddling, Zack Snyder's director's cut of Justice League is immeasurably better than Joss Whedon's ghastly 2017 reshoot. Ray Fisher's Cyborg/Vic Stone, reduced to a supporting cameo in the theatrical film, is a centerpiece of Snyder's version and the lost heart of the film. There are some missteps (The Martian Manhunter scenes derail some emotional impact and I will never care about a "Bad Guy Needs X Doodads to Win" plot) but otherwise this is far better than the average comic book film and an excellent sequel to the unfairly misjudged Batman v. Superman.

Email ThisBlogThis!Share to TwitterShare to FacebookShare to Pinterest
Labels: 2021, movies, year in review