2021 was a solid year for movies, but what about games? This year I replayed a lot of games, including the three Game Boy Advance Castlevanias (my first time playing them on a TV instead of an unlighted GBA; being able to see the graphics so much clearer was amazing) and half of the Souls series (and I finally finished Sekiro after being stuck on the final boss for ages). For new games, I tried out the Atelier series for the first time, starting with Atelier Ryza, and was pleasantly impressed. On that note, let's look at my top ten! 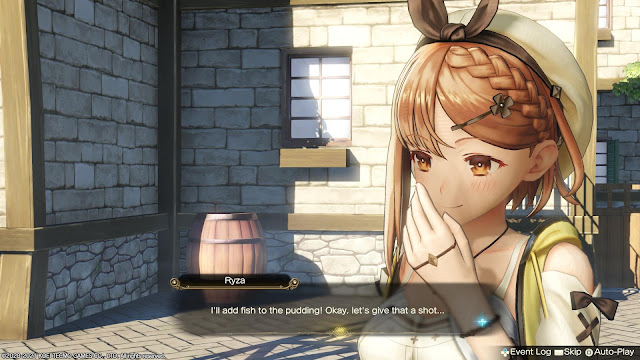 Atelier Ryza 2: Lost Legends & the Secret Fairy - Whether it's action movies or video games, I'm tired of "We've got to stop the bad guy from blowing up the world" plots. Atelier Ryza goes in a completely different direction, with its threats local and its focus on uncovering the past and becoming better people by recognizing the sins of our ancestors.

The first Ryza game is a coming of age story with a climate change backdrop and the second focuses on drifting around trying to find your place in the world once your friends have graduated and moved on to new jobs/lives. The biggest shock to me is that it's a series focused on gather items and brewing potions that's actually fun! Both the RPG fighting and the alchemy scenes are more refined this time around, which makes sense as our heroes have grown smarter and stronger in the years between these two stories.

The atmosphere is so laid back and delightful, even when covering serious topics, that Ryza's world is just an incredibly comfortable place to live in. 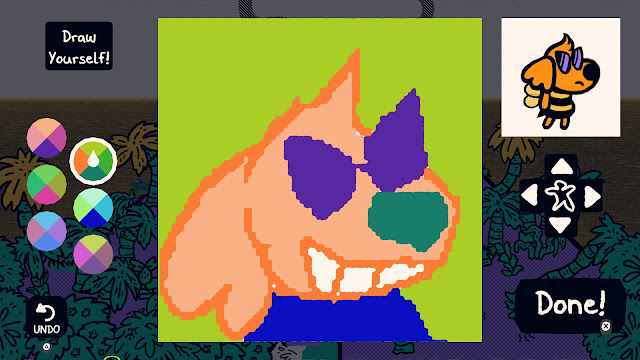 Chicory: A Colorful Tale - A combination Zelda-style adventure and paint program, players color their black and white world to complete puzzles, fight enemies, and bounce from platform to platform. It's a game that celebrates creativity and it's genuinely funny, whether you're laughing at the jokes or your own miserably messy attempts to paint portraits. There's the expected plot about depression, but the far more interesting aspect of the story is a movement to take ownership of art away from the elite and give its power to all people. 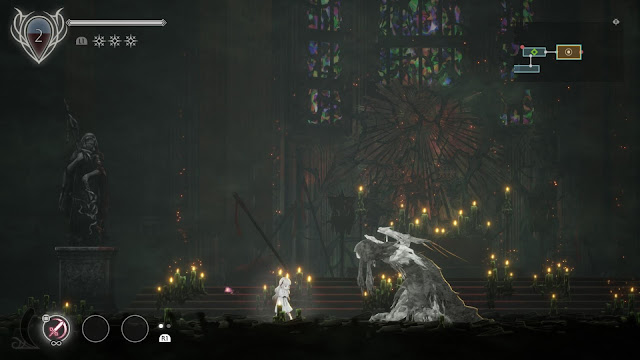 Ender Lilies: Quietus of the Knights - This is a Castlevania-type game that never wastes the player's time: Huge respect for giving players a double jump in the first 10 minutes instead of holding it back. Travel is easy, figuring out where to go next is simple even with all of the possible branches, and combat is challenging without being punishing. The entire game, from story to music, has a fairytale/lullaby mood, and players move from feeling defenseless to empowered as they take control of their world. Ender Lilies is the best indie Castlevania-type I've played in a long time! 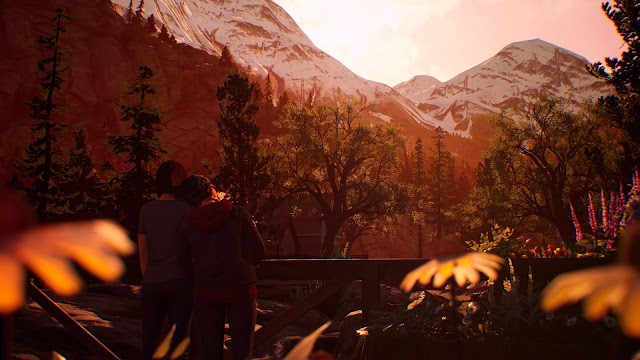 Life is Strange 3 - The fourth Life is Strange installment is called Life is Strange 3 and it moves from episodic releases to a single, long form story focused on a character who has the ability to observe, manipulate, and absorb the emotions of others. This story could easily be written as a horror tale, but instead follows a troubled but genuinely good person who just wants to live a normal life. Smaller than the road-trip story of Life is Strange 2, #3 is set entirely in and around a small mountain town that players get to know intimately. I've got a ton of respect for this series focusing not only on different characters but on entirely different story structures each time, and #3 is a mature refinement of the series' signatures. 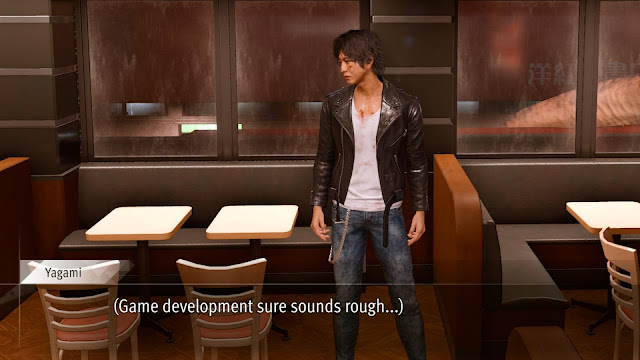 Lost Judgment - The second installment of Sega's Yakuza spinoff, Lost Judgment is a refinement of the first game's combat and world exploration. While Yakuza moved from its classic brawling gameplay to turn-based mechanics in Yakuza: Like a Dragon, the Judgment series continues where the series tradition of solving mysteries and making friends by actively punching people in the brain.

This time, detective Takayuki Yagami goes undercover as a teacher at a local high school in order to make sense of an extremely convoluted series of crimes. When he's not playing detective or lawyer, Yagami gets to teach kids how to dance, build robots, and play Virtua Fighter. Some of these minigames are great, others (the motorcycle races) are exhausting, but overall it's a great time even if the story isn't quite as impactful as the previous game's. 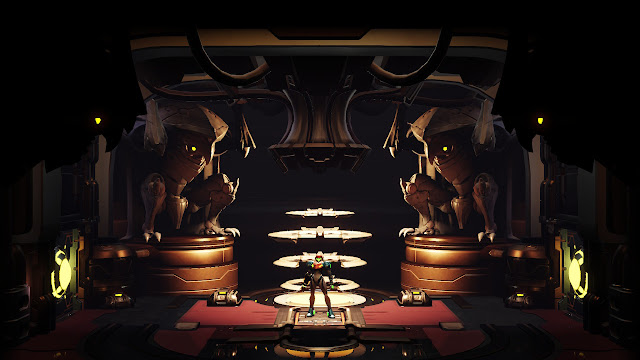 Metroid Dread - Nintendo's long-awaited follow-up to 2002's Metroid Fusion, Dread is an incredible experience that shows why this series is still so special even after decades of tributes, imitators, and knockoffs. The map feels large but straightforward, exploration feels organic, and, most importantly in an action game, movement feels wonderful. It's the most challenging game Nintendo's released in ages, but you usually restart very close to where you failed so every loss feels like a learning experience instead of a punishment. It's on the shorter side compared to some games in the genre, but I'm fine with that; I immediately wanted to replay a second time once I finished it. 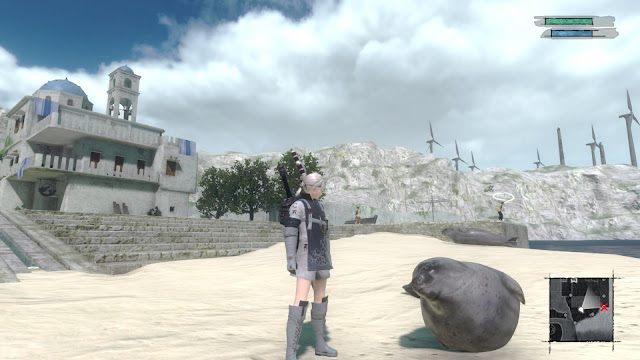 Nier: Replicant - A remake of 2010's Nier, made in the wake of the popularity of its 2017 sequel Nier: Automata. While Automata struck a chord with audiences worldwide, its character left me feeling cold, with a story more focused on the greater world rather than individuals. While there's nothing wrong with that, I always preferred the character-focused original, and this remake just reinforced how much I love these characters. The art is updated, combat is refined and there's an additional (excellent) ending, but everything that made the original Nier so special to me is still here, just as great as ever. 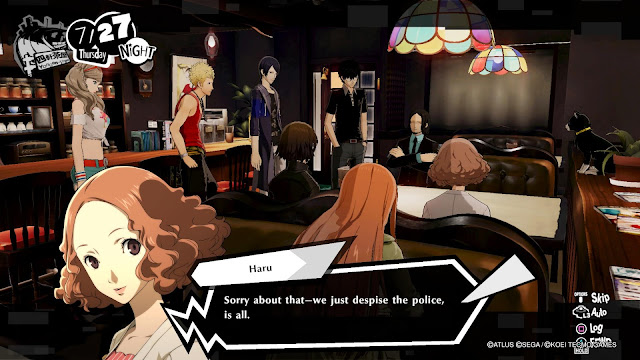 Persona 5 Strikers - An excellent sequel and a very fun brawler, Persona 5 Strikers is a nice, relaxing summer vacation mystery. This is one that you can't really follow without playing Persona 5 first, but for those who have, it feels great to return to its world and characters in a more low-key story where the cast gets to party and solve mysteries on a road trip across Japan. I enjoyed the turn-based combat of Persona 5, but had even more fun with the massive brawls in Strikers. More so than the previous game, the cast of Strikers feels like a genuine group of friends and in a year where everyone was locked down, a virtual vacation helped make things a little less dreary. 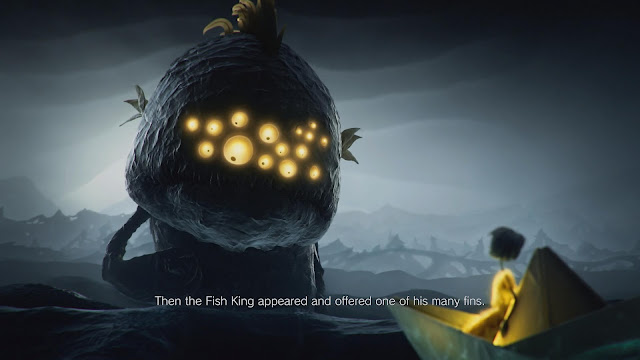 Resident Evil 8: Village - Which genre of horror is this one? All of them. It rules. Funny, spooky, great atmosphere. The first-person exploration of Resident Evil 7: Biohazard returns, but with more emphasis on combat and a campier cast of villains that feels more like the wonderful weirdos of Resident Evil 4. You fight werewolves, gillmen, borgs, vampires, Transformers, and a very tall lady. Similar to the underappreciated The Evil Within, the experience here is reminiscent of a real nightmare that shifts often and violently, defying logic and reality at every turn. It's hard to pull this sort of thing off, but Village does so spectacularly. 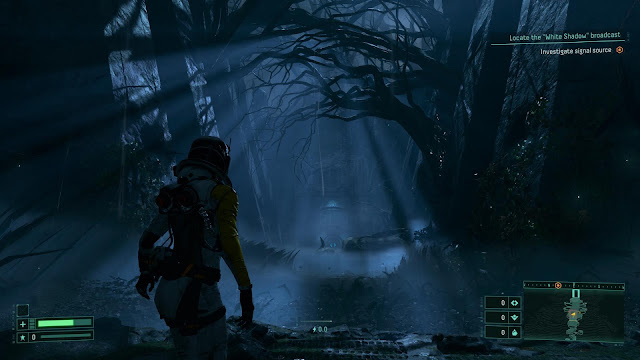 Returnal - The best sound design of the year, this is a game that I'm very happy I played with decent headphones. A timeloop robot-alien adventure with randomly shifting arenas, Returnal has some of the best feeling action of the year, and is my favorite shooter since Doom 2016. The random shuffling of rooms and items isn't the most interesting (the game would honestly work better as a singularly designed world) but movement and fighting is so spectacular that I was able to overlook that. Some of the year's best boss fights! This is a classic arcade experience combined with modern, cinematic game design philosophy. 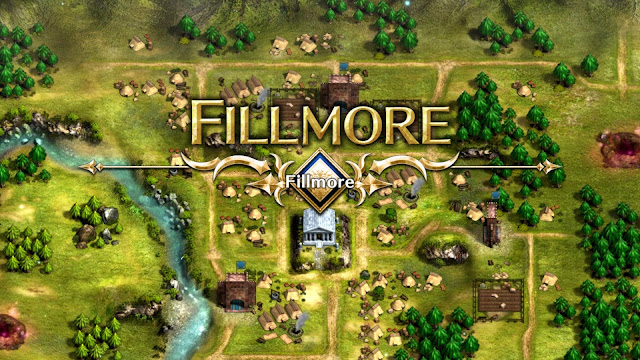 Actraiser Renaissance - A surprise remake of Quintet's 1990 SNES classic, Actraiser Renaissance takes the platforming/city-building hybrid cult classic and refines its combat, adds a new, almost claymation visual style, remixed music (the original is here as an option), an entirely new zone, and a tower-defense/real time strategy element. The original is one of my favorite 16-bit titles and the remake is an absolute great time as long as you aren't interested in 100%ing it. If you are: Prepare for a grind. Don't do that to yourself! 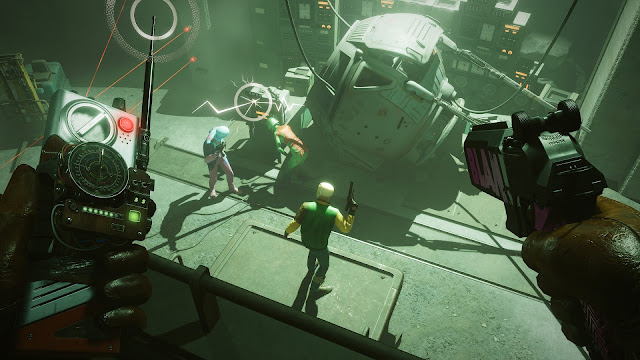 Deathloop - Another sci-fi timeloop shooter, Deathloop feels completely different from Returnal, with its focus on learning patterns and solving puzzles within the same repeating areas time after time. It's more linear than it first appears, but figuring out everything that makes Deathloop tick is extremely satisfying. There's a lot of style here and a cool world design, but then it just ends abruptly with what can barely be called an ending. 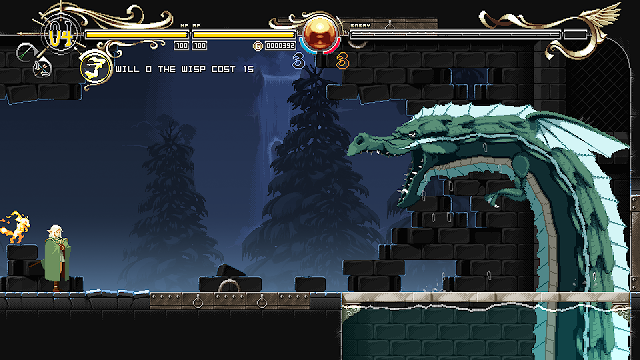 Record of Lodoss War: Deedlit in Wonder Labyrinth - Another excellent Castlevania-type action game, this one is based on a classic anime that I watched in the 90's and remember next to nothing about. That's fine; the story isn't important here at all. Combat focuses on hitting elemental weaknesses and quickly switching between Fire and Wind modes to negate damage, giving this game's combat a unique feel from the dozens of similar games released each year. Its pixel art is also top-notch. 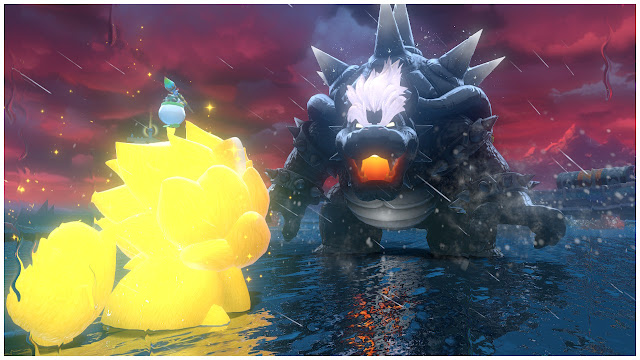 Super Mario 3D World & Bowser's Fury - A minor update of Nintendo's 2013 Super Mario 3D World, one of my all-time favorite Mario titles, packaged together with Bowser's Fury, a brand new, open world Mario adventure. Two very different Mario games, both are a ton of fun, but I am a little surprised to see the amount of slowdown and performance issues that pop up in Bowser's Fury. Still, it's worth it to see a Godzilla fight between a giant Bowser and a gigantic kaiju Cat Mario. 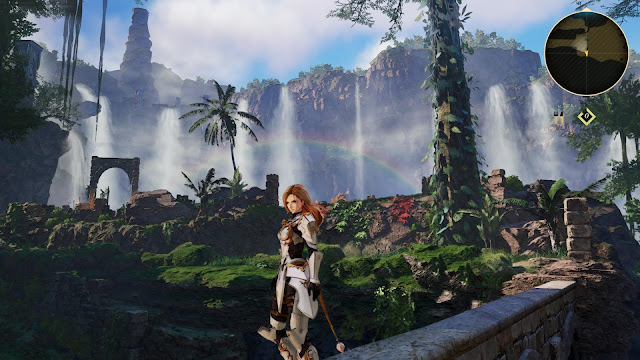 Tales of Arise - The latest installment in the long-running Tales series, Arise follows a group of rebels fighting against space fascism, only unlike Star Wars it's the rebel leader that gets to wear the cool mask. Combat is fun (but can get a little hard to follow at times), the world looks great, and the story is genuinely compelling, but it loses a lot of steam towards the end, when the game's open structure becomes a series of hallways and extremely long exposition scenes. Still, at least 75% of the game is excellent, and there are lots of goofy owl buddies to collect.

Email ThisBlogThis!Share to TwitterShare to FacebookShare to Pinterest
Labels: 2021, games, year in review