It's time to go back to where it all began. Renewal is a full remake/reimagining of the original Walthros and is intended for release in 2022, the 20th anniversary of the DOS release of the original title. This new title will take the characters and themes of the original game and give them a new twist, introducing a world that's both familiar and new to players who enjoyed the original game. This is a story intended for both newcomers and people who played the first Walthros and will feature traditional turn-based RPG game play with a variety of selectable difficulty levels.

Walthros is a world filled with floating fish, dashing dinosaurs, and suave seals, creatures with culture not so different from our own but in a world conspicuously devoid of human beings. Renewal follows two parallel stories: In the modern day we follow Bob, a Walthrosian Fish working as an excavator at dig sites unearthing old artifacts for his boss, archeologist Dr. Pescado. Bob unearths a piece of machinery that broke off of an ancient vessel thousands of years ago and gives him glimpses into the past where a distant ancestor fights a desperate battle for the survival of his people. Bob's curiosity begins a journey of discovery as he works to find meaning in the origins of life on his world.

Many of the original Walthros characters return, but the playable cast has been cut down from 18 to a more unique set of 10 heroes, each with their own specialization. Some characters are entirely new, and some are very different takes on the existing cast. While there will be a handful of additional, temporary party members and familiar faces playing NPC roles, Renewal's story focuses on this core set of 10. Here are a few of our lead characters:


Bob - Fish. Curious and kind but absent-minded. Bob is an excavator working for archeologist Dr. Pescado. Mostly focused on making ends meet and having a good time, Bob becomes more and more fixated on solving the mysteries of his world after he makes contact with a strange relic. He's the party's healer. Fights using a staff.

Salom - Seal. Close friends with Bob, Salom is a private detective having trouble finding clients lately. Would love to be a singer, but he's not very good at it. Joins up with Bob early in the game. He fights with a lance and can dive on enemies from above. Uses physical attack skills.

Suwanee - Goose. Lives on the fringes of the town of Bayswater. Suwanee is a gothy goose who shows extreme loyalty to her friends and family. She works at a grocery store. Uses knives and is the party's primary debuffer. Can poison enemies.

Amber - Frog. A member of a tribe of swamp witches, Amber kept her town safe during an apocalyptic event by using illusionary magic to hide it from the rest of the world. Uses hexes to cause status effects and summons powerful monsters. Her summon spells have charge times. 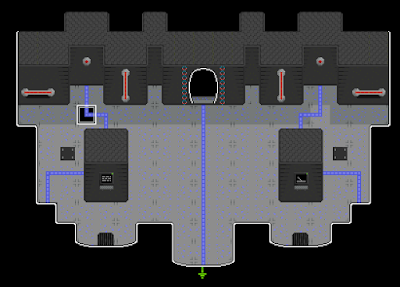 The game's flow is broken into three acts, with each chapter of the story opening the world up in larger ways. There will be no random encounters and players will be able to save at any time. In the early game, the party will be predetermined by the story, but later on players will be free to build their own parties. There will be a series of extensive side stories to help flesh out each party member and to put together odd pairings of personalities.

While the story has been outlined from start to finish, it has yet to be decided whether the game will feature a traditional world map or something more streamlined.