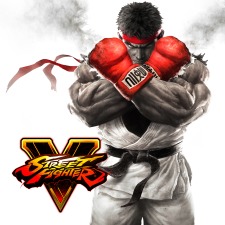 It's never easy to review a fighting game. The genre is built on growth and learning, as communities both online and local develop new strategies, discover broken techniques, and figure out detailed match-ups, showing who's best in which situation. Developers release patches to boost or weaken characters, balance is often in flux, and new content, even a single character, can shake things up. Since its release in February, I've held off on writing about Street Fighter V. Six months out and with a major update released, now feels like the time to take a look at the game's issues.

For some background: I'm not a fighting game pro, and I don't really care to follow the pro scene. I like following the community and seeing what it learns about each character, but have zero interest in following community drama or caring about individual personalities. I've always been a big fan of fighting games but happily exist on the fringes of the genre, playing them with friends online or off, uninterested in the tournament scene. In my time with the genre, the two fighters I got most heavily involved with were Street Fighter IV and Soul Calibur II. I still play SC2 over its sequels when friends get together, and I spent six years on and off playing SFIV. 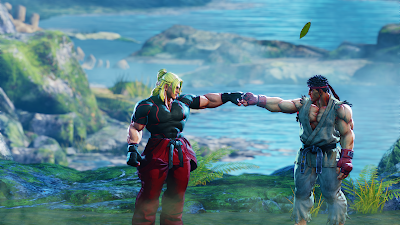 Street Fighter V has, so far, been a disappointment for me. Anyone who's played a Street Fighter game will be comfortable jumping right in, while anyone new is going to be lost, thanks to a half-shrug of a tutorial which teaches you how to move, punch, and kick, but next to nothing about the game's special moves; not their properties, their execution, or their uses. If you want to train before fighting other players, there's a practice mode with a good amount of options but a poor explanation of how to use them. There's a series of combo trials for each character which can be difficult to pull off and largely useless in live combat. 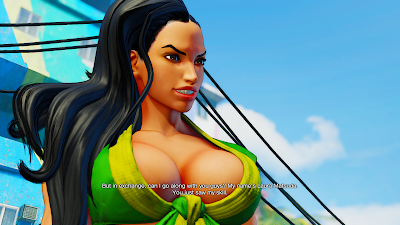 With 12 returning fighters and four newcomers, the cast here is small compared to Ultra Street Fighter IV's massive 44. The newcomers are the sexed up electric fighter Laura, a goofy, poisonous bird-man F.A.N.G., a charmingly enthusiastic Arabic character Rashid, and the hideous Necalli. Four additional characters can be purchased as DLC, including Street Fighter regulars Guile and Balrog, with more to come, including SFIV's Juri and SFIII's Urien. 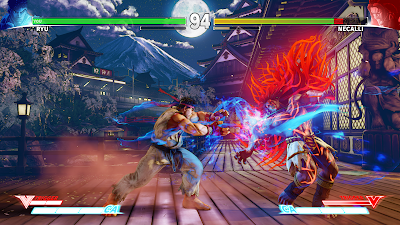 This game's new system is the V-Trigger meter, which builds up separately from your character's standard EX/special move meter. V-Trigger commands are simple, executed by simply pressing both heavy attack buttons and once, and can boost your strength enough to give you the edge in a close fight. V-Skills are another, generally defensive, new option. These can be used freely at any time using your two medium attack buttons. This is used as a substitute for Street Fighter IV's defensive Focus system. 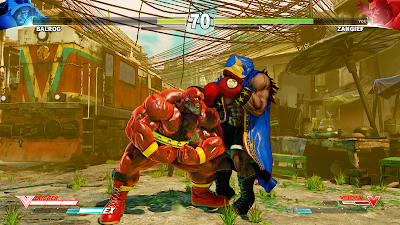 As a core game, Street Fighter V is fun, if sloppy. It's the slowest installment yet, so if you found SFIV too slow, you'll be driven crazy here. I liked SFIV's speed and tend to avoid extremely fast fighting games but even I notice that SFV feels kind of sluggish. If you're just going to fight with friends, there's plenty of fun to be had, though I really can't recommend buying this over SFIV. A welcome addition is the ability to play cross-system between PS4 and PC owners, though the online play has more connectivity issues than SFIV's did. If you're interested in single player content, there's really no need to pick up this game. 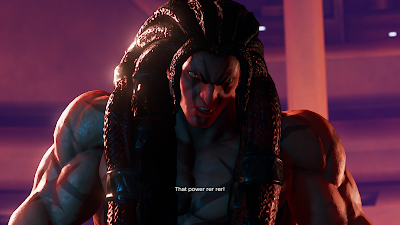 There's no Arcade Mode to just run through and beat up a series of progressively tougher enemies. There's an excruciatingly awful survival mode that asks you to fight through nearly 200 rounds of bad AI (both far too easy and far too hard with little in between) at various difficulties to unlock colors for your default costumes. An upcoming patch will add the ability to buy these colors using in-game currency... that can only be earned in useful amounts by completing the survival modes in the first place. And, of course, in-game currency can only be earned while you're online, so if there's a server hiccup during your 99th round, too bad. 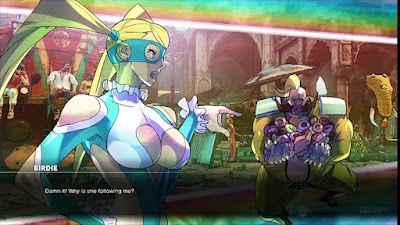 There is a story mode, featuring placeholder-style art, but it's brain-dead easy and most characters' stories include a mere two or three single-round fights. With its update in July, Capcom added a larger campaign, with fully voiced and animated cutscenes telling a global story involving the Street Fighter cast. It's roughly three hours long, with the vast, vast majority of that time spent watching cutscenes; the game play to movie ratio is often 20 seconds of play per 5 minutes of animation. It's often silly and can be fairly funny, but the pacing is horrible and, again, the majority of the fights are ludicrously easy until the end, at which point they become obnoxious. How is there no difficulty selector until after you've beaten the entire story? 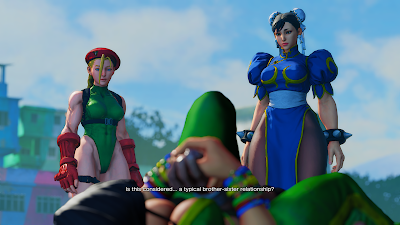 At the very least, Zangief gets to steal the show, popping up regularly to remind us that glistening muscles can't be beat. 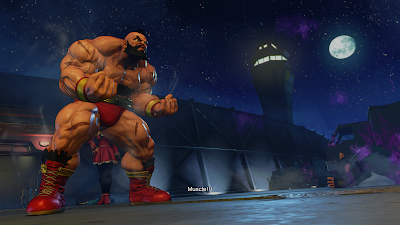 The story also features a large variety of non-playable, but fully designed, fighters. It feels a little odd for Capcom to have put this much effort into characters you'll see once, ever, instead of putting those resources into actual characters. Who wouldn't want hapless, bumbling cop Peter as a full character? Much of this game is designed around grinding for Fight Money, used to unlock new characters, new costumes, new stages, and colors. Yes, in theory, you can unlock everything in the game without paying additional money. In practice, it will never happen, unless you're willing to spend dozens of hours grinding Survival mode, and even that's limited, since each mode only earns you money a single time per character. The story gives you enough money to buy a character or two before drying up, so your only other option is to win (not just fight) literally hundreds of ranked online matches per unlock; playing in a lobby with a group, whether strangers or friends, gives you nothing. 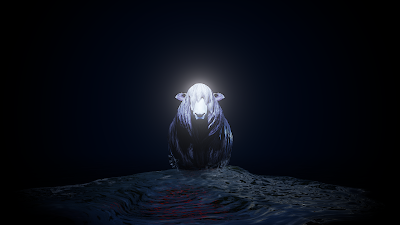 Of course, you can just pay $25 to unlock the game's six locked characters. DLC is to be expected in  a modern game, but Street Fighter V feels like the worst trends in modern gaming stuck together, with endless grinds for currency in a $60 title and overpriced, paid unlocks. I like silly costumes, but there's no way I'm paying $4 a piece for them. Even the king of costume DLC, Dead or Alive 5, has the decency to change $2. Characters are unlocked at $6 a piece and do not include their stages, which are an additional $4. 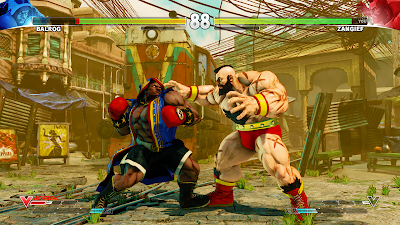 I know the gut reaction is, "If you think it's too expensive, don't buy it," and that's fair. I haven't bought any of the game's new content with actual money, because I do think it's too pricey. I don't think that makes Capcom exempt from criticism, especially since their very own Street Fighter IV provided a better model for DLC. 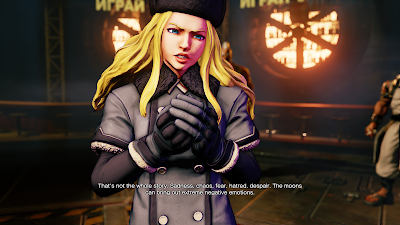 While people have made fun of Street Figther's Super/Ultra/Tournament Edition upgrades for decades, it was a great system with SFIV; when Ultra Street Fighter IV launched, players who owned Super or Arcade Edition could upgrade to the latest version for $15, adding five characters and six stages, as well as a rebalance of the game play. For brand new players, you didn't need to buy any DLC; buying the latest version of the game always meant you instantly had every piece of the game's content, outside of some costume packs. SFV's model means that no matter when you buy this game, you're going to have to pump money in for unlocks. 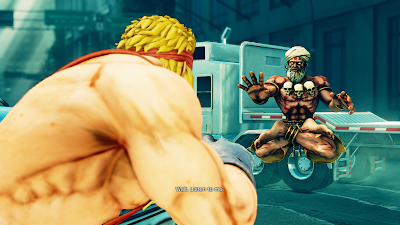 Even cosmetic items are grossly overpriced compared to the previous game. As mentioned before, costumes cost $4, and alternate colors cost $2. In Street Fighter IV, $4 costume packs generally contained five costumes, making them less than a dollar a piece. Buying larger packs brought the cost down even further, with $20 costume packs containing alternates for all 44 characters. Buying the same number of costumes in SFV would cost $176 and there are no discounted bundles. 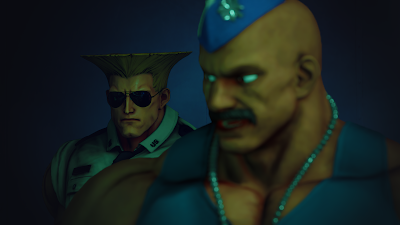 Street Fighter V may get better as time goes by. Capcom may react to the market and reprice its content accordingly, or offer greater in-game currency rewards for players than the pitiful amount it currently offers. They may add some more modes to flesh out the offline content. They may add an improved training mode for teaching new players. Maybe they'll improve Zangief, and my favorite character in SFIV will no longer by absolute bottom tier junk. 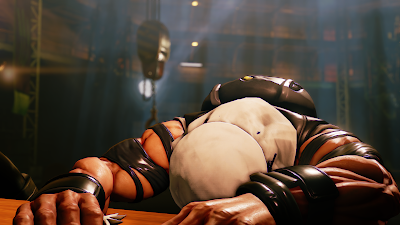 Or, what's more likely is that they'll continue to charge $25 for a new stage and a couple of costumes and call it a donation to their tournament prize pool. When we've got another popular multiplayer-focused title like Overwatch giving away characters for free and locking cosmetics behind simply playing the game, not grinding through sub-modes that no one would otherwise want to touch, Capcom's capitalism run amok attitude with Street Fighter V just feels even more egregious. What we have here is a decent game trapped in a grotesque shell.

Maybe this is all part of Bison's plan. 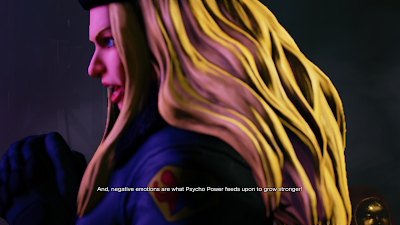