Sometimes, I just feel like digging through my dressers looking at old stuff. I've got a habit of holding on to relics of my childhood, even total junk like a busted Game Boy covered in racing stripe stickers. It's less nostalgia for the items themselves (there are dozens of more convenient ways to play Game Boy games now, and most of them were pretty bad anyway) and more an emotional connection to where I was in my life at that time. It can be an old comic book I drew, the first CD I ever bought, or an old photo album. I sat with my friends reading this comic, I listened to this CD with my dad, I took these pictures with my first camera. An obsession with the past is often messy, but a night of reminiscence is always fun. 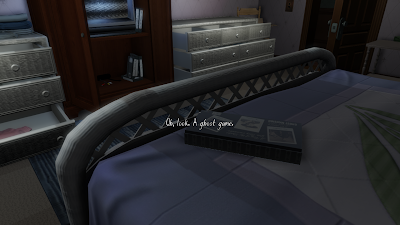 The Fullbright Company's Gone Home, originally released on PCs in 2013, is essentially a game about diving through the drawers of a stranger. Set in 1995, players take the role of a young woman, Kaitlin Greenbriar, who returns from a trip abroad to find her sister and parents mysteriously absent. Once in the house, players can interact with nearly everything they find, opening boxes, throwing things in the sink, finding secret passages. 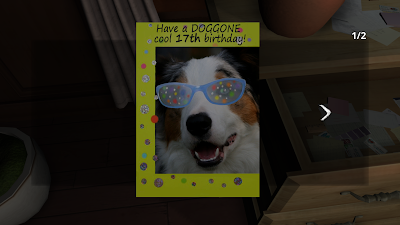 The primary story is focused on Sam, your younger sister, whose journal narrates her high school days to you as you explore; once you finish Sam's journal, the credits roll, but you're free to keep searching for more answers after. Slightly more obscured are side stories about your mother's relationships, your father's failed career/cult revival as a novelist, and the tragic history of your uncle, who left this house to your family. There aren't a whole lot of puzzles aside from finding keys and figuring out some lock combinations, but that's fine. The environment and the narrative feel completely real. 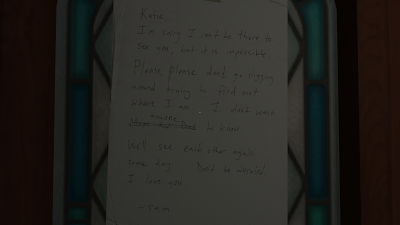 While the player IS a member of this family, her attachments to the house and its residents feel distant, as she's discovering all of these secrets right alongside us. She's not a blank slate (her comments on examining items do have some personality) but she's mostly a vector through which we experience the drama of the Greenbriar family. I particularly liked her father's plot, showing a man who tries to write time-travel fiction as a way to deal with childhood trauma, using writing as therapy, even as he himself fails to understand his own daughter's pain. It's also kind of funny to namedrop Stephen King in a story where a man's writing a novel about someone trying to stop the Kennedy assassination. 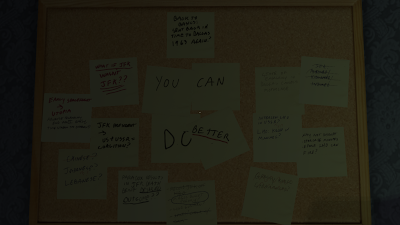 The game has a spooky tone, but it's not a horror story, and there are not supernatural elements; it's more the creeping discomfort of learning that people aren't who you thought they were, in a home that really isn't your own. The only ghosts here are memories and trauma. It's part melodrama, part detective story, and a light examination of the dark underbelly of suburban America. There are visual references to Twin Peaks here in the form of photographs of its actresses, but the narrative is more grounded and doesn't go into the same depths of hell that a David Lynch story might. 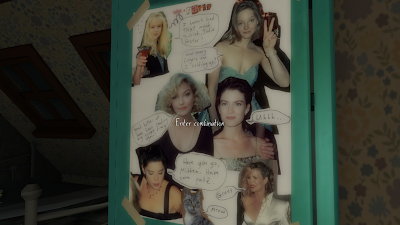 If you aren't a player who wants to explore every nook and cranny and read every note and ticket stub, this game won't be very rewarding. I loved that I learned Sam's story not only from her journal entries, but from her childhood artwork to her choice of pictures on her locker to her room decor to the tapes she's left around the house, a soundtrack made of 90's feminist punk rock. You can look at the spines of books and VHS recordings of TV shows and movies, and can play around with faux Super Nintendo game cartridges (and it's a really weird feeling to have characters reminisce about Nintendo, by name, in a game on the Playstation.) There's a highly lived-in sense to this world that games rarely show, and does a great job showing a sincere slice of mid-90's pop culture without feeling tacky. 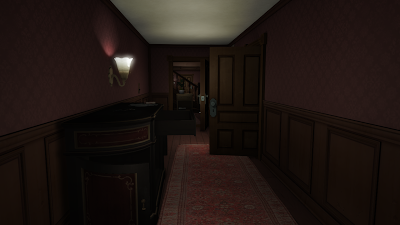 Gone Home effectively got me to sympathize with a cast of characters I never met, through the point of view of someone who doesn't say much. It's a journey both personal and archeological. As a similar coming of age story/Stephen King/Twin Peaks tribute, I would recommend Life is Strange over Gone Home, though the mundane realism of Gone Home makes it fairly unique in the gaming world, versus Life is Strange's psychological trippiness. Both are very much worth your time if you're interested in nontraditional gaming narratives. A full run through Gone Home is roughly two hours, while Life is Strange, with its larger world narrative, lasts about 15.
Posted by surlaw at 9:01 PM