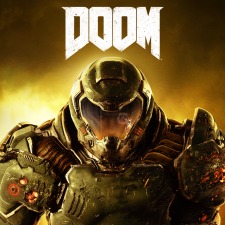 I have to admit I wasn't too excited for id Software's 2016 remake/re-envisioning of Doom when I first heard about it. While I enjoyed the original Doom way back in 1993, I'm generally not a big first-person shooter fan, and I put very little time into 2004's Doom 3 before giving up on it. Once the new Doom launched, I was surprised by the overwhelmingly positive reviews, but didn't get a chance to check it out myself until publisher Bethesda launched a free demo at E3 2016. Demos are increasingly rare nowadays, but this one proved why they're so valuable: I downloaded it, played through, and immediately wanted to pick up the full game. I'm glad I did: This new version of Doom is the best shooter I've played in years. 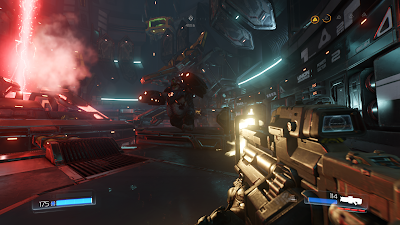 The basic premise here is an expanded version of the original DOS game: You're a soldier on Mars fighting off demons from Hell. The Union Aerospace Corporation got involved in some shady science and now a portal is open between our world and the demonic world. There's more story here, but most of it is stuck in supplementary files you can read at your leisure. It's bombastic and corny enough to be charming, so it's worth collecting these files! There are only a few moments where the game stops and pulls you out of the action for exposition, and they're fairly short. It does, unfortunately, end on a cliffhanger. 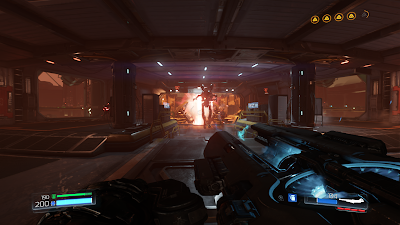 In an age where many video games strive for a sense of cinematic verisimilitude (with few actually feeling real,) Doom is unapologetically video game-y. Enemies spawn into the playing field with bright, flashy lights and erupt into colorful health orbs when killed. There are explosive barrels everywhere, and ammo and armor are laid out with no regards for realism, instead focused on just being where players most need them, or to reward players for exploration. You pick up big, glowing orbs labeled INVINCIBILITY and QUAD DAMAGE. You find magic glyphs that let you warp to trial arenas, where you can gain abilities like being able to wildly wobble around mid-air with full control of your jumps. You open doors by collecting blue and yellow keycards. All of these things were once cliche, but now, in 2016, feel fresh again, when used in a game with such great design and endearing enthusiasm. 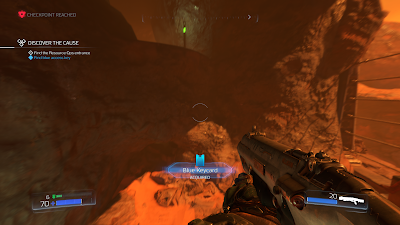 While Doom's a bloody game, and definitely a power fantasy, it feels so much more silly and innocent than most of its genre. Call of Duty, Battlefield, Medal of Honor, Homefront: These are shooters using (wildly exaggerated, of course) real world analogues for their conflicts, turning wars we've known and lived through into sport. There's been a movement away from this recently; Call of Duty: Infinite Warfare has gone full sci-fi, while Blizzard's hugely successful Overwatch and Nintendo's Splatoon (though not first-person) fully embrace cartoon silliness. I appreciate it; a game can use modern warfare to tell a solid story and make a point (Spec Ops: The Line, the Metal Gear Solid series,) but most don't really try. If you're not going to focus on story, I'd rather play in Doom's world than that of modern war titles. I'd much rather shoot laser beams at giant brain spiders from Hell than fire assault rifles at terrorists. 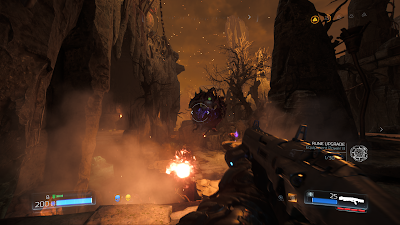 Doom's greatest strength is its speed. Running and shooting are both extremely fast and rarely require a great deal of precision unless you pump it up to the highest difficulty. You recover health by shooting enemies to stun them before finishing them off with a melee attack, ensuring that you never spend time hiding in cover. You're never safe; you can't just find a wall to hide behind and wait a few seconds while your health recovers. You've got to be constantly running, jumping, and firing wildly, and it's incredibly well designed. In between all the combat, there's plenty to explore, digging through messages left behind by Martian scientists and seeking out armor and weapon upgrades. 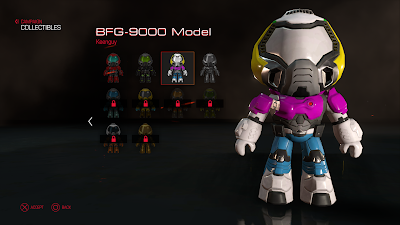 There's no questioning that this game is a new, modern take on the original Doom, but playing it also brings to mind two other series. This is the first shooter I've played since the Metroid Prime games that genuinely makes me feel like I'm alone on a hellish world, and the constant flow of upgrades and secrets feels similar too. Metroid Prime is a more open series while Doom's 13 levels are all self-contained (some being quite large in their own right) but the flow feels similar and the platforming works just as well. Few first-person games do platforming right, and I'm happy that Doom is one of them. 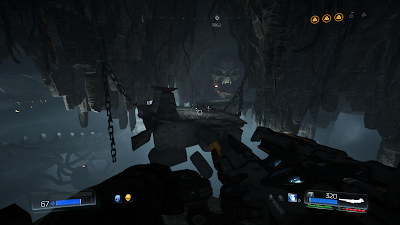 The other games Doom reminds me of, strangely enough, is the Devil May Cry series. The genres couldn't be more different (first-person shooter versus third-person action brawler) but there's a similar sense of speed, of relentless action, and of rewarding, aggressive play. Both games feature horrific enemies but certainly aren't horror games, and encourage you to overcome any potential fear of their demons and just get right up in the face of these otherworldly uglies. In both games, players are often trapped in arena rooms until all enemies are cleared, and the trial zones are used identically, providing players with upgrades after completing difficult objectives separate from the main level. And, of course, both series go full-on crazy, embracing cartoonish action with gusto. 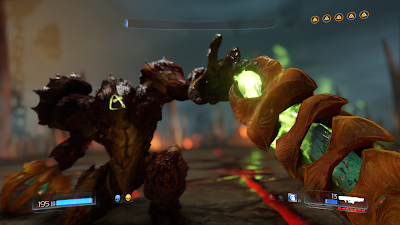 A cool bonus here is the ability to play classic Doom and Doom 2 stages in their original pixelated glory. Each mission of the main game hides one unlockable classic stage, though some are far too well hidden. id also included a map maker that, surprisingly, is available on consoles as well as on PC! There's also a multiplayer online mode, and while serviceable, it isn't anything special. An online, co-op version of the campaign would have been way cooler. 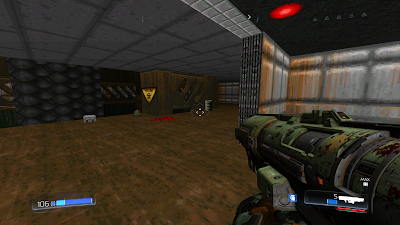 Aside from some collectables being a little too hard to find, I've got no major criticisms of this game. It knows what it is and what it sets out to do, and does so with complete, earnest confidence. It embraces silly, stupid content without irony, and is all the better for it. Doom will certainly make my top games of 2016 list. 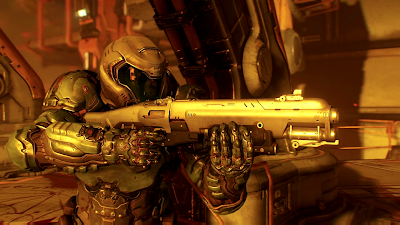