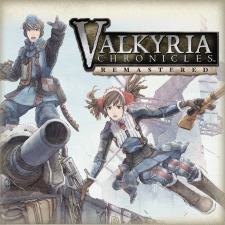 Eight years after its original release on PS3, Sega's cult-classic turn-based strategy game Valkyria Chronicles has been remastered and re-released on PC and PS4. While it spawned two smaller sequels on the PSP, this series has never been a breakout hit, but this new version has the potential to inject new life into it. I was a big fan when I first played this title in 2008, so how well has it held up? 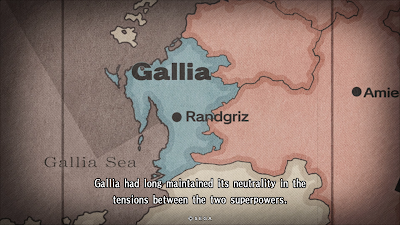 The world of Valkyria Chronicles is essentially an alternate history of Europe, placing players into combat in World War II as they lead a militia of Not French soldiers against a Not German empire obsessed with harnessing valuable resources from conquered lands, as well as pursuing racial slavery and a hunt for sacred relics on the side. Players control Welkin, the son of a great general, whose innocent nature hides his deep military prowess. 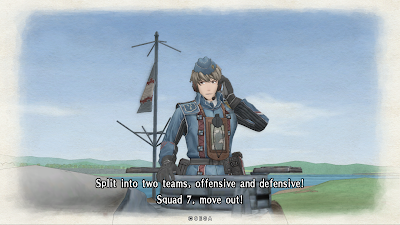 While its premise is a good one, the tone of this game's story is all over the place; it's grounded, showing us the struggles and triumphs of bakers and teachers forced to fight to protect their homeland, and then it's fantastical, introducing a race of demigods and a flying pig as the cute animal sidekick (there are no other creatures like this in the game.) I've got no objection to mixing the magical and the real, but it requires a sense of grace that this game's writing does not have. When you can cut immediately from a tragic scene in a concentration camp to the same characters flirting and blushing and doing that typical anime romance "I totally don't like you like that!! ...do I?" thing, it's just hilariously jarring. 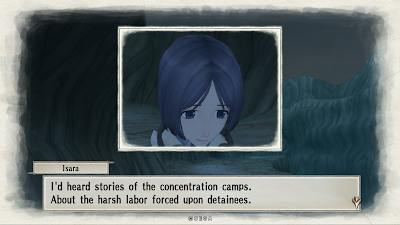 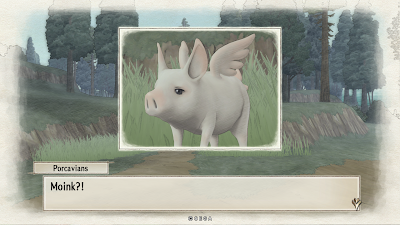 We have a cast of dozens of characters to fill out our armies, but most are one-dimensional. There are a ton of story scenes in this game, but most soldiers never appear in them, their personality restrained to physical appearance and what lines they say when attacking in battle. At that point, just let me design my own troops or randomize them, X-COM style, so it's not the same for everyone each time they play. Everyone levels up by one of five classes rather than as individuals, and equipment upgrades are universal, so there's no reason to get invested in anyone. If a character dies and is permanently lost, there's no consequence unless you're short on that class. Each character has some unique abilities that sometimes trigger on their own, such as having better accuracy around people they like, but it's not enough to make them feel unique, and customization is quite low. 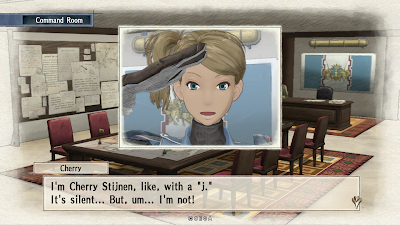 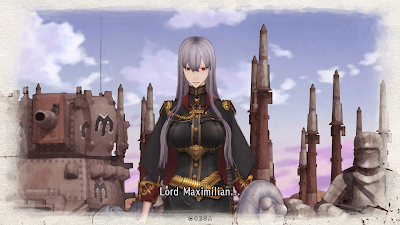 As for the rest of the cast: There's a blank slate princess with a secret, a racist ally who learns racism is bad, the I'm Too Old For This big lug who sighs a lot, and Alicia, your second in command, who, once you understand the game's mechanics, can nearly solo some of the missions on her own. She has the only real arc in this game's story and is the only one who changes much at all. She has an awkward romance with Welkin, of course. 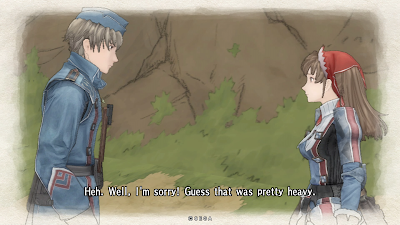 What really matters here is the combat, and while the core mechanics are great, the game around them has a lot of issues that bother me a lot more now than they did in 2008. Players take turns moving units around on the map and each unit has a set amount of movement they can perform per turn. There are five classes here in addition to your tank: You've got Shocktroopers who have mediocre movement but deal solid damage, Lancers with poor movement but special anti-tank weapons, Snipers for long-range combat, Engineers for repairing your tank, and Scouts, who can run much further than anyone else and deal all the damage you need. It's not well balanced; if you issue the right Orders, commands which boost specific abilities, you rarely need anyone but your Scouts. Throw an anti-tank Order on a Scout, put them in the right place, and they can take out a tank as well as a Lancer, with the added bonus of massively better mobility and accuracy. 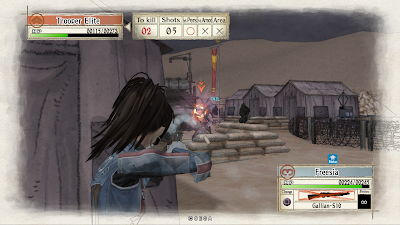 After each mission, you're graded based on how many turns it took to finish. Time is all that matters, and you'll need to clear missions quickly to earn high amounts of experience points and money. If you take too long, you're going to have to spend time replaying missions in Skirmish Mode to make up for it. Because of this, the game massively rewards you for boosting Scouts and rushing the goal at the expense of careful strategy or diverse class use. There are some puzzle-based missions where this isn't the case, but it's true more often than not. 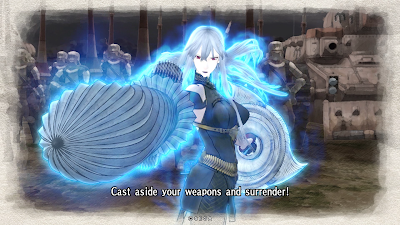 When you're dealing with straight out fight missions, Valkyria Chronicles shines. It feels great positioning troops and properly executing a plan, even if you essentially get punished for not rushing through with Scouts. It falters when you reach missions that require very specific strategies to win at the expense of any others; the game's seventh mission, pitting players against a powerful, experimental tank, is easy once you know exactly what to do, but overly difficult if you don't. It's the biggest difficulty spike in the game, which is just weird considering how early it comes. 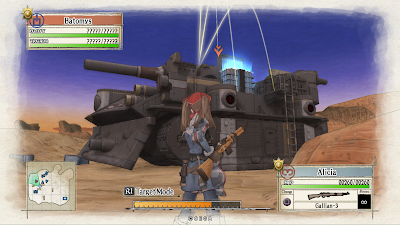 After this mission, the game settles down into a more comfortable difficulty curve, and doesn't become frustrating again until near the very end, where you pretty much need to play, see where reinforcements are going to spawn, and fail (or reload a save) so you can get there before them. Otherwise, you've got a long slog to deal with. If you lose Welkin, the game ends, and it's not uncommon for his tank to go down in one shot in some missions. Losing an hour of progress because you didn't know a tank-killing enemy was going to spawn behind you isn't challenging, it's obnoxious. 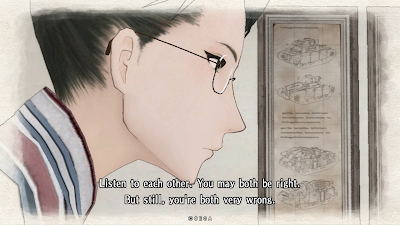 Wasted time is my biggest beef with this game in general. The cutscenes are longer than they have any business being, the animation on Orders takes too long, especially when you're using multiple in a row, and you have to sit and watch the enemy make every individual move. Sometimes, they just run in circles! By the end, I was spending longer watching enemies walk around than I was spending moving my own units, and that's just ridiculous. 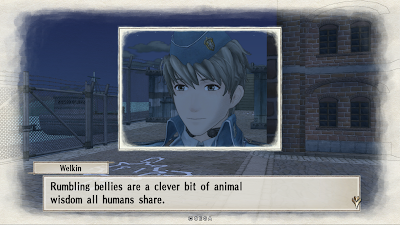 It's hard going back to a game I enjoyed and finding it this tedious. Props to the Remastered edition for cutting load times down to nearly nothing, but I still felt like I was spending way too much time doing nothing. There are a ton of strong concepts here, but the speed of play is just painfully low and there's too much repetition. If that doesn't bother you, or if you do something else at the same time as playing, you'll be more forgiving. For me, this is a game that worked better in my memories than on revisiting. At the very least, I still think the soundtrack is solid and the art style's generally nice. 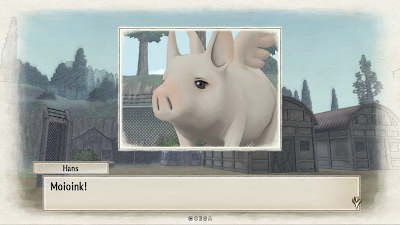