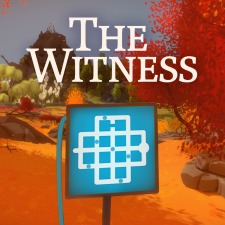 Jonathan Blow made a big splash when Braid, his debut indie game, released on the Xbox 360 in 2008. One of the first high-profile independent releases on the Xbox Live Arcade storefront, Braid received critical acclaim and Blow became a big name in the indie circuit. Some treat him as a visionary, others as a bogeyman. Personal feelings aside, his influence on the medium is evident, as a wave of artsy, independent platformers molded in Braid's image would follow in its wake.

Blow could have cheaply and easily cashed in on a dozen sequels (The Five Nights at Freddy's formula) that remixed his hit game's time-bending, platforming formula. Instead, he began work in 2009 on a very different sort of game, a first-person puzzle/adventure designed around solving mazes. After years of waiting, The Witness finally hit PCs and the Playstation 4 in early 2016, and after having spent hours in its world I'm convinced that it's one of the best puzzle games I've played in years.

The Witness has a deceptively simple premise: The player wakes up on a bright, beautiful island with no other life in sight. Interaction happens entirely within line-based puzzles; navigating linear mazes, forming specific shapes, dividing objects within fields, tracing the behavior of sight and sound. What really makes this game special, aside from its lovely, atmospheric world, is the method in which players learn how to solve its puzzles.

Aside from the few straightforward, linear mazes, The Witness is largely about learning the language of its puzzles, which are otherwise unsolvable without earning that knowledge. Some premises are simple: Properly divide colored dots while navigating to the end of a maze. Others are far more more complex, but never convoluted, and I won't go into their design here, since figuring it out is the entirety of the game. Once you've learned how the puzzles "speak" to you, the game begins combining each individual syllable into complete, elaborate symbolic sentences. It's a distinctly different game from something like Myst, where the mechanics can be obtuse even if you know how to solve them, or its sequel, Riven, where convolution is the name of the game. The Witness is a far friendlier, but still greatly challenging, puzzle.

Each region of the game's open world focuses largely on one type of puzzle, with a central town region and a couple of areas in the finale that combine everything. Much of the game is optional; there's an entire type of puzzle hidden within the game's world that players are able to miss entirely with no consequence (if you find them, your save file gets a +1 added to it separate from the main puzzle count.) Players only need to complete seven out of eleven areas to unlock the final ones, and even within those zones many puzzles can be skipped. There's a variety of mental challenges at play here (spatial, auditory, color theory, etc) and it's nice that players who are stumped by some mechanics can just avoid those ones for the most part.

There's no active story at play here, only clues that something happened here before your arrival: Human forms fill the land, both as statues and as physical parts of the island itself, and a series of audio logs from scientists and philosophers can be found hidden away. A series of six videos can be unlocked (the final one being nearly an hour long) that may or may not present a thesis about the game's world and our own, as well as our relationship to language, symbols, faith, and more. The speakers presented vary greatly, and the game doesn't seem to present any one viewpoint here as objectively correct.

The Witness is a classic and should be played by anyone with an interest in carefully constructed puzzles that never hold your hand. If I have one gripe, it's that the game doesn't make it obvious when it's saving, and I ended up triggering saves by going into my load menu, which is just silly.

I've got a few comments to make on end-game content, so stop reading now if you care about spoilers. I'm not directly giving away any puzzle solutions here.

While I truly loved at least 90% of the puzzles I solved, I wasn't a fan of some of the methods used in the final areas. For one example, there are puzzle panels where symbols you already know are presented with flashing colors obscuring the screen. In another, players draw their lines through simple mazes, but have to watch the maze spin violently. I was able to solve these puzzles without too much trouble, but both made me kind of sick, the flashing rainbow one straining my eyes and the spinning one straining my stomach.
There isn't a traditional ending here; upon completing the end-game puzzles, players are treated to a Buddhist quote on the immaterial, fleeting nature of the world and warped back to the beginning, with all puzzles reset. From one point of view, the entire game is a Tibetan sand mandala, art assembled for the purpose of being destroyed once it's complete. From another point of view, the entire thing is a big Skinner Box, a term used by some to refer to video games as a whole, a view point possibly strengthened by B.F. Skinner quotes found in the final area.

Like the non-linear nature of learning, both in the real world and within this game's puzzles, there's no singular point that can be called The End. There's no credits roll, no victory, no failure. You can choose to accept the reset as your ending. You can also reload and go back before the reset, seeking out more puzzles to solve.

As an alternate resolution, players can complete The Challenge, a hidden area unlocked by completing all other zones in the game. This area is the only one in the game with background music and the only one with randomized puzzles; you're not looking up solutions to these ones on Google. You've got a very strict time limit, and the randomization means you can get a series of ridiculously hard puzzles or super easy ones, so it can get infuriating, but I'm glad I finished it. The reward for all of this complicated, difficult puzzle solving is an hour long rant on numerology, Shakespeare, and Radio Shack, taken from a 2002 lecture by Brian Moriarty of Infocom/LucasArts adventure games. It was funny hearing him talk about an area of Worcester MA that I knew well, but more than a little exhausting to listen to more and more examples of hidden messages in music/literature/The Bible.

A third "ending" can be found right at the beginning of a fresh game, a place you've likely found yourself after getting the first ending. An environmental puzzle appears right outside of the starting area, and completing it leads to a sort of developer's room, where the game's credits are hidden and the player "awakens" from the world of The Witness into Jonathan Blow's office, surrounded by computers, art of the game's puzzles, and the IV that's kept you alive for the 20-30 hours you've spent playing the game. Using real life footage, the figure that serves as a stand-in for both the player and Blow staggers around, clicking on any circular points he sees as if they would unlock puzzles, before wandering outside and collapsing in a garden.

Was the whole game a VR experiment? Is it just a game people in the in-game world play? Does this scene mean anything in the context of the game itself? Did nothing happen on the island, or is this scene irrelevant to the loose, environmental narrative? Is Blow telling players that if they don't take a break and spend time in the real world they're bound to collapse into delusion? Whatever is intended, we're free to make our own interpretations; anyone who says that the game has just one definitive meaning is ignoring the way it focuses on point of view and on symbolic interpretation, both in its puzzles and in its lectures.

And if the figure at the end is Jonathan Blow, the ending finishes up with him falling over "dead" as we cut to black. No more loops, it's all over. We are The Witness, figuratively, to the Death of the Author, right there on the screen. And I think that's a pretty good punchline.
Posted by surlaw at 10:47 PM