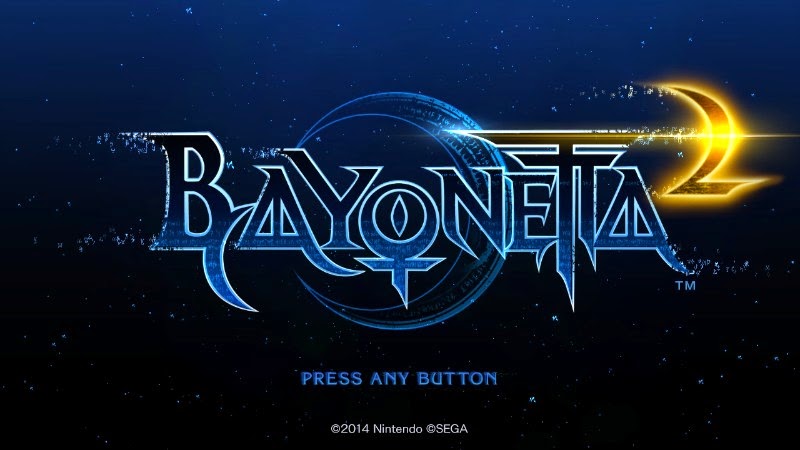 When Hideki Kamiya's Devil May Cry launched on the PS2 in 2001, it brought with it new blood that the third person brawler genre sorely needed. Looking back on it today, the original Devil May Cry is kind of rough, but there's no debating its impact, as it ushered in a new era of demanding, combo-heavy action that often times hits players with a brick wall instead of a smooth difficulty curve. The Devil May Cry series had its highs and horrible lows, but remained the best of its genre until Platinum Games' Bayonetta hit the PS3 and Xbox 360 in 2010, with Kamiya taking the director's seat once again.

I enjoyed most of the Devil May Cry games, but never to an obsessive degree. I never bothered trying to perfect them or clear them on the highest difficulty levels, but I had a good enough time to keep playing them one after the other, even if Devil May Cry 2 made me pretty wary. It wasn't until Bayonetta that I really loved this kind of game enough to do everything I could do with it, from finding all of its obnoxiously hidden collectibles to clearing it on its highest difficulty to getting a 100% clear file on the PS3 version.

Bayonetta remained my favorite third person action game 2013 when another game from Platinum took the title: Metal Gear Rising: Revengeance, which improved on Bayonetta's combat, pacing, and satirical storytelling in pretty much every way, even if it took me a few playthroughs to really appreciate how much more I enjoyed it. I was happy to see Platinum continue to make top tier brawlers but had no expectations of ever seeing a Bayonetta 2, so I was surprised when it was announced for a late 2014 release published by Nintendo of all companies, and as an exclusive on the Wii U.

Part of me was a little wary since Kamiya wasn't directing the sequel, but I was still hyped up enough that Bayonetta 2 was one of my major reasons for picking up a Wii U. Yusuke Hashimoto, who served as producer for the first game, directs this one with Kamiya taking a supervisor role. To my complete surprise, he actually directed a much better game than the original. While it's largely more of the same, Bayonetta 2 takes what's good about the previous entry and improves nearly everything (the soundtrack and the nuttiness of the finale are the only parts I find weaker in the new game.) If you hated the first game, the new one won't win you over, but if you loved it, there's plenty more to love here. On top of that, it includes the original game with remastered graphics and, for people like me who played the PS3 version, a much healthier frame rate.

Bayonetta 2 follows the same game design as the first; players guide the lanky Umbra Witch Bayonetta through a series of pretty environments that mostly serve as set pieces for heavy combat. Using fists, guns, blades, and occasional Nintendo cameos, Bayonetta brawls with legions of angels and demons as she fights to rescue the soul of her good buddy Jeanne, who's been dragged to hell after a vicious fight. Along the way she meets an annoying little kid with magic powers who seems to be the Good Half of Jesus, who got split in half for some mumbo jumbo reason. The two of them team up and fight off the Evil Half of Jesus and his masked knight. It's a dumb story, but it's told in such a goofy, flashy way that it's almost always entertaining.

The story only falters when exposition goes on for too long; even if you're satirizing dumb video game stories and stereotypes, the number one rule is that you can't be boring. Bayonetta openly mocks how long the previous game's villain rambled on for, and then we get to this game's end villain who goes on almost as long. The game's self aware, but it still stumbles a couple of times. However, its story pacing is massively better than the first game's, and while it's still as brazenly sexual, it feels more subdued. The rudest stuff here isn't on the same level as the finisher you could perform on the Joy enemies in the first game. As in the first game, Bayonetta herself feels more like a confident and campy burlesque performer than a sex object, and that's why she works so well.

Subtlety isn't this game's plan, but it feels more clever without feeling toned down. Both games are very jokey, but this one's more jokey more often, even if nothing's as funny as Bayonetta gunning down the head of an Evil Patriarchy with a lipstick-shaped bullet and castrating giant phallic monsters and punching Not God into the sun at the end of the first game. What it really comes down to is that there isn't anything as high as the highest points in the first game's story (punching The Creator into the sun with a giant Hair Golem would be incredibly hard to top, this game's ending is very small in comparison) but for the rest of its runtime, Bayonetta 2 is more tonally consistent, better paced, and funnier in smaller ways. Its biggest comedy sin is that it repeats too many jokes from the first game, but they're still pretty funny. Also, Bayonetta and Jeanne work way better as best buds here than they did as rivals in the first game.

What really matters here is how the game plays. Not a lot has changed; Bayonetta still throws out big combos, giants fists made out of hair (or Bowser's arms, if you use a Nintendo Princess costume), turns into a panther/crow/flock of bats, and slows down time when she dodges enemy attacks. There's a bunch of new weapons, but the biggest addition is Umbran Climax. Like the Devil Trigger mode in the DMC games, Umbran Climax can be activated once you've built up a meter and allows you to lob giant attacks at the enemies, regenerate health, and glow funny colors. It's a good panic button if you're getting clobbered, and it's fun to be able to use Bayonetta's more humongous attacks outside of cutscenes and boss fight finishers.

Like the first game, there are many hidden, optional enemy encounters that both reward you with items and contribute to your overall score in a chapter. For the most part, they're not as obtusely hidden here, which is nice, since the challenge should be in winning the battles, not backtracking across stages you've cleared. A few are still tucked away in annoying places, but generally it's less of a hassle to find them. I found the overall game much easier than the first (I died more on my replay of the original, which I've finished four or five times previously, than I did on my first run through Bayonetta 2), but it's still a very good, fair challenge.

One of the weirdest additions to the game is a series of Nintendo themed costumes, which are buyable in Bayonetta 2 with halos collected from dead enemies and are unlocked from the start in the remastered version of the first game. Players can dress up as Princesses Peach and Daisy, Star Fox's Fox McCloud (complete with Arwings in place of guns and cute stuffed animals of the Star Fox cast), Metroid's Samus Aran, and Legend of Zelda's Link, a costume that adds a guard command that players normally need to buy an expensive accessory to use. Aside from that, it's mostly an aesthetic change. I found the Daisy and Peach costumes trashy in an unappealing way, as opposed to the rest of the game's endearingly playful trashiness, but having Bowser help you punch out demons is a pretty good trade off. Most importantly: Beating the game on its hard difficulty level (Third Climax) unlocks a Chain Chomp as a new weapon. It's the best.

In addition to the single player content, which clocks in a little shorter than the first game's, there's a fun online mode. Players pair up and fight waves of enemies, betting halos and raising the difficulty of the fights accordingly. Whoever has a higher score at the end of a wave gets a big bonus, but keeping your partner alive is necessary, so you're still helping each other out while trying to steal kills and out-combo your buddy. It's a good blend of cooperation and competition, and it's the only way to play as Rodin, the game's wonderful merchant character.

My biggest beef with this game is that in its second half, it repeats a ton of enemies and bosses from the first game, and even a couple locations. The fights play out differently, but it's kind of a let down to see the new, original boss designs dry up so they can bring back the old monster crew. It also just reminds me of how much more I like the monster design in the first game compared to this one. In all other visual aspects, though, Bayonetta 2 is a huge improvement over the first. It's brighter, more colorful, and runs very stable, and I love Bayonetta's new haircut. If you don't, you can unlock the old one.
Another important note is that this game fixes my few game play complaints with the first one. They completely dumped the Quick Time Event button prompts that would pop up without warning and instantly kill you during cutscenes, there aren't any turrets to man, and the jet fighter minigame is mercifully short compared to the endless Space Harrier tribute scene in the first game. Bayonetta 2 also adds underwater scenes with awkward controls when you transform into a crazy sea serpent, but I'm willing to tolerate that for all of its other improvements. The invulnerable ninja cats from Metal Gear Revengeance show up too, so that cancels out a lot of flaws.

The soundtrack isn't as strong and, for some reason, the highest difficulty level no longer disables Witch Time (and enemies have way too much health on this level) but aside from minor complaints, this is an even better game than the already wonderful original. For me, this is a system seller, and one of my top games of the year. Here's hoping Platinum never stops making this kind of game, even if I'm always happy to see them branching out in other directions.