In my Best of 2013 article, I listed Drinkbox Studios' Guacamelee as my overall favorite game of the year, and it still holds that title even now that I've played everything I was interested in checking out for that year (the rest of my list would change a bit; Mario 3D World definitely deserves a spot.) With Guacamelee! Super Turbo Championship Edition, Drinkbox revises the existing game, fully integrating new gameplay, two enormous new areas, more secrets, new enemies, and includes all of the original game's DLC and cuts many of its dumb internet meme references. The Super Edition takes an already phenomenal game and perfects it.


As is probably appropriate for this updated title, I'll be reusing and updating parts of my previous review to cover the game's basics. 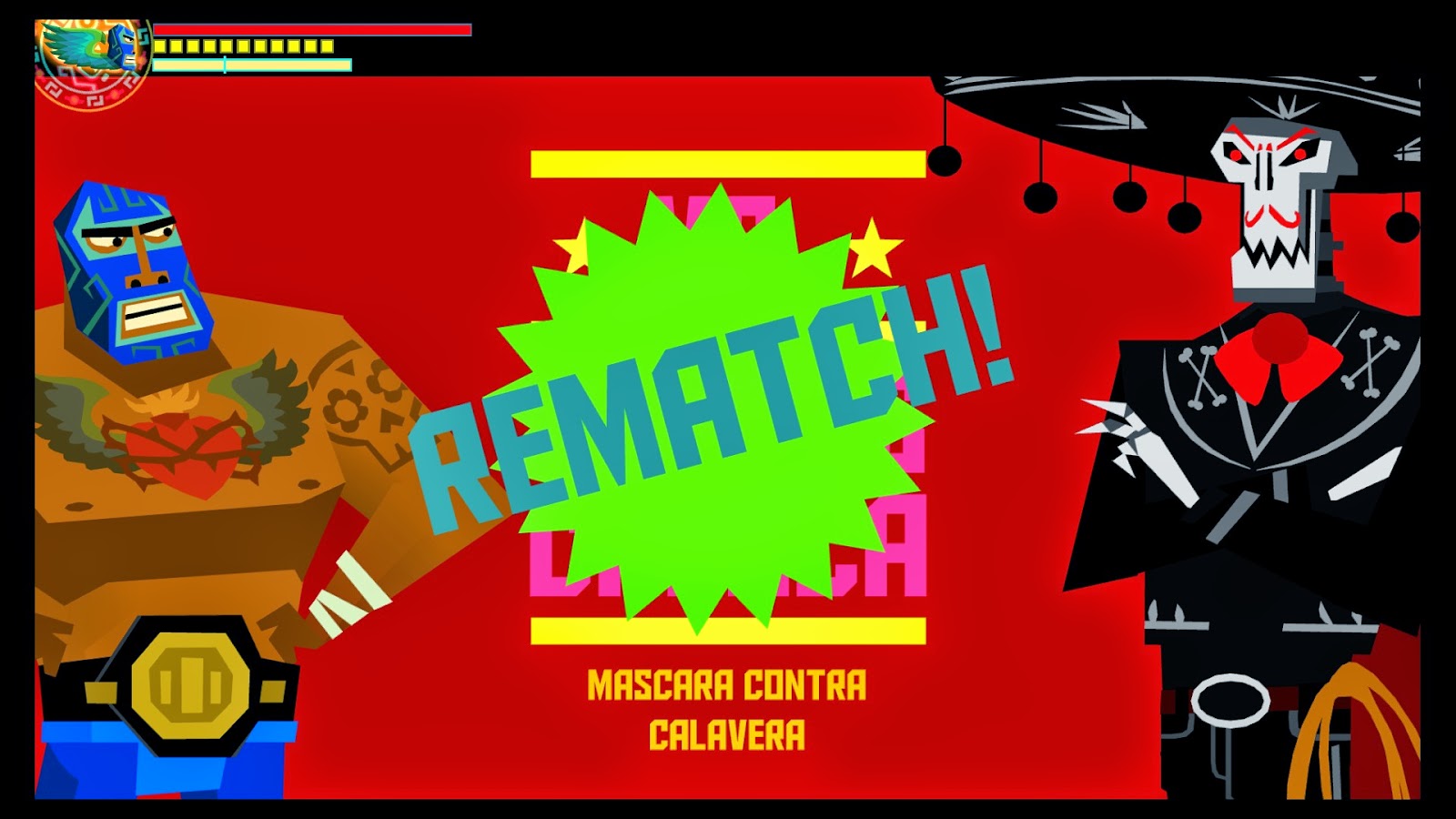 The story begins with Juan, an agave farmer living outside of the small Mexican village of Pueblucho, preparing for a Day of the Dead celebration. The village is attacked by evil skeletons, the president's daughter is kidnapped, and Juan is killed. Shortly after arriving in the world of the dead, Juan encounters a blue-skinned luchador named Tostada, who a second player can control in co-op mode. The Super Edition fills out her backstory a bit and makes her feel like more of a real character, which is a nice addition. She helps Juan embrace the power of Lucha Libre and returns him to the living world to track down the evil Carlos Calaca and save the president's daughter. It's a silly, fun story with a great Cartoon Network Studios look to it.

Aesthetically, Guacamelee! is phenomenal. The animation is simple but smooth and everything looks great in motion, the colors are extremely vibrant, and the music could not fit the game better. Its sound effects aren't anything special, but they aren't bad by any means. This is kind of good, as it allows you to listen more closely to the music without having too many punchin' noises playing over it. There's no voice acting, which I think was a good decision. It wouldn't have fit the old-school meets modern vibe that the game goes for.  The new version adds some nice lighting effects and other minor ambient additions (there are now pigeons all over town) but for the most part Super Edition looks about the same as the original. 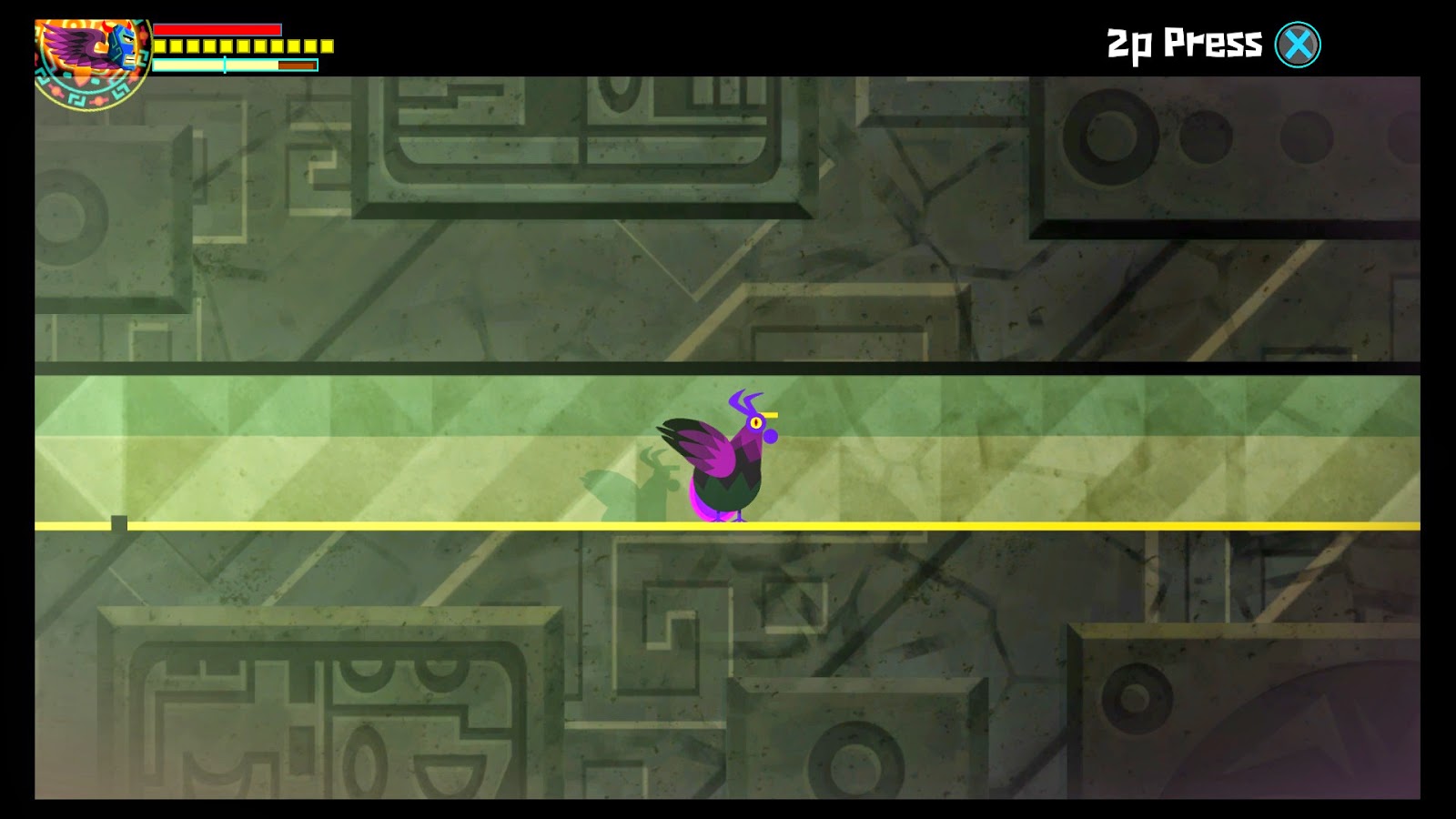 Progression in Guacamelee!'s world is linear, but in Metroid style, there are plenty of optional paths and power-ups to find by going back to earlier areas once you've gained new abilities. Juan's fighting moves are an essential part of the platforming puzzles too, so each area is really a perfect blend of action and puzzle. Each area has its own map and item completion rate, so it's nice and easy to go back and see where you still have secrets to uncover. Aside from one or two things that I had to look up, all of the game's secrets are reasonably easy and fun to find once you start exploring. Drinkbox did a great job with the game's difficulty, as its platforming is always challenging, but the most extreme challenges are reserved for optional areas, mostly ones where you find special orbs required to unlock the game's true ending. 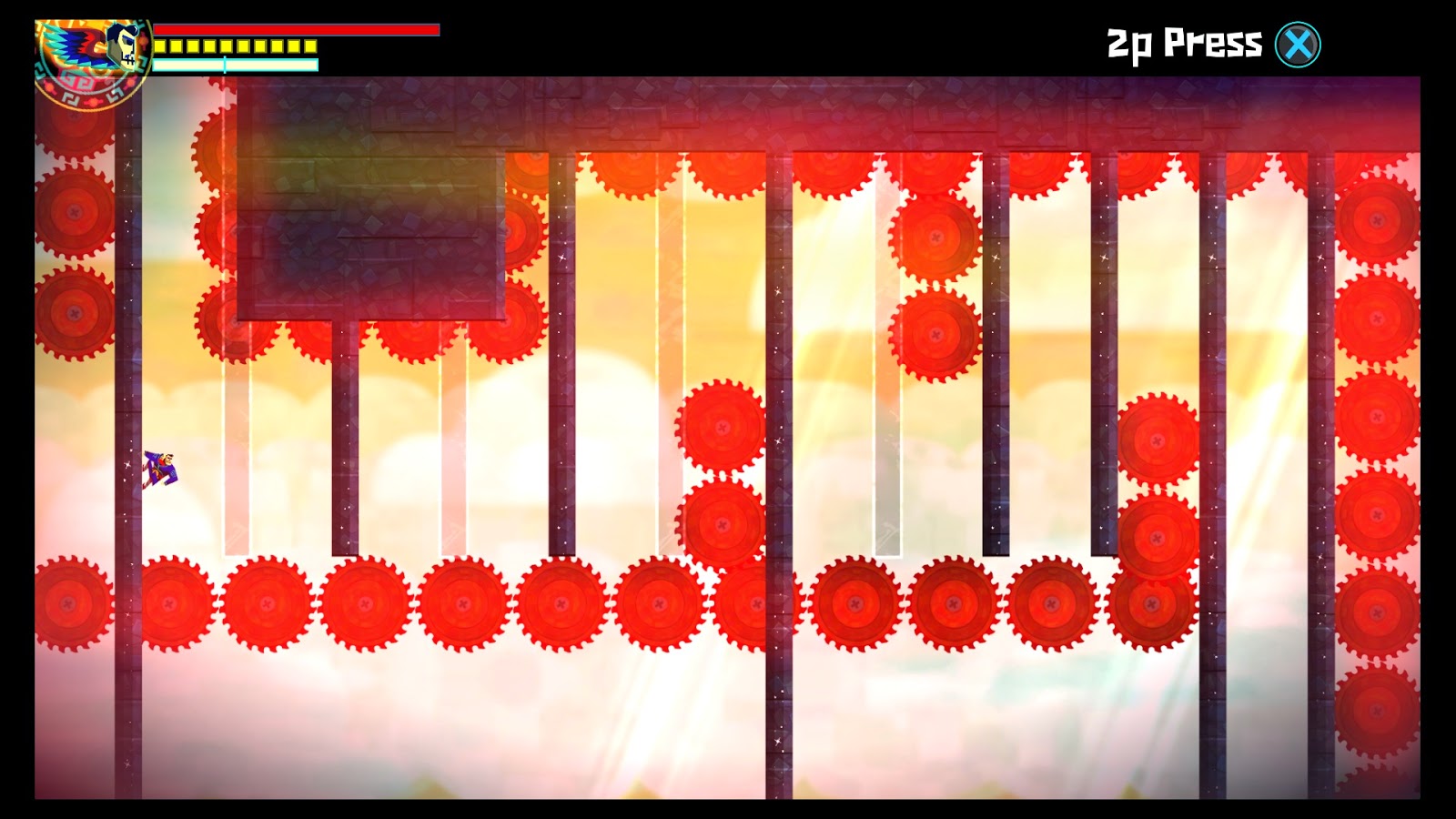 The new content for the Super Edition is substantial enough that I had no problem buying the game a second time. The two new areas are bigger than any other in the game, the new costumes are fun, and the new content appears naturally as opposed to being shut off from the original story. You gain a few abilities in different areas now, you're required to complete the new areas/bosses as part of the main story, and nothing feels tacked on. Like XCOM: Enemy Within, this is less of an expansion and more of a full upgrade of the entire game, even if the core story remains the same. 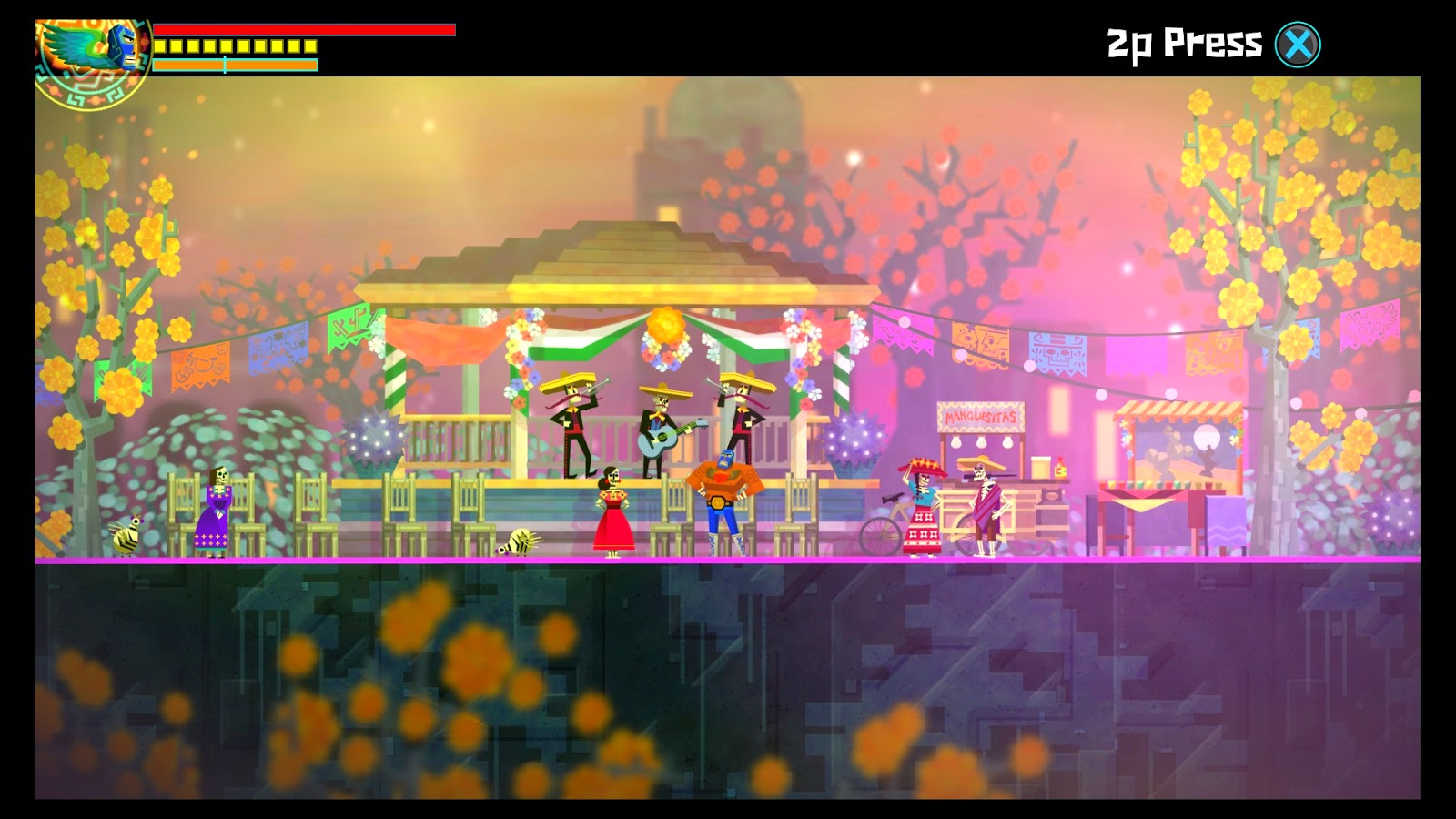 Aside from the new areas and new story content, there are also some refinements to the game's combat. Juan now has a super meter that builds as he defeats enemies and finds special orbs, and once the meter's filled to a certain point he can use it to transform into Intenso Mode, where all damage is massively boosted for a short time, similar to the Devil Trigger moves in the Devil May Cry series. It's great for getting out of tough situations, but the original bosses aren't rebalanced to account for it and it makes their fights easier than they were before. Still, it's a very fun addition, made even better by a bombastic announcer screaming INTENSO when used. The best new ability is being able to lay explosive eggs after turning into a chicken. This ability is locked away in an optional area, but well worth finding. 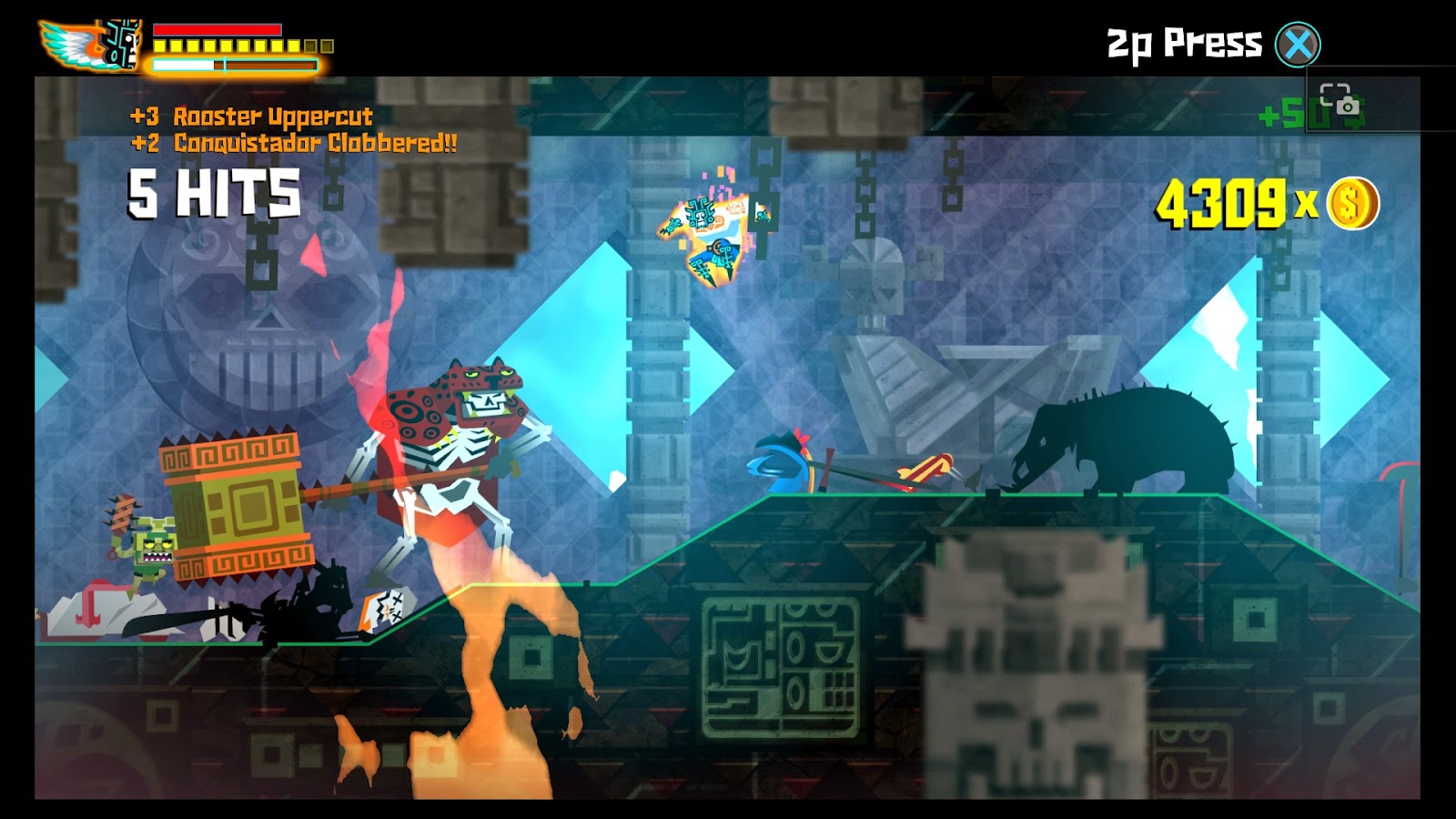 The biggest change to game play is the rebalancing of Juan's dodging capabilities. In the original game, nearly everything could be dodged, and it was easy to rush through some enemies completely invincible if you just kept rolling and dodging. Now, many enemies have special attacks that you cannot roll through, forcing players to get better at jumping or using walls to their advantage. This adds a nice new layer to the game's difficulty, and encourages a more careful playstyle.

Costumes, which massively modify Juan's stats and appearance, are now purchased using a new form of in-game silver currency that you earn by surviving enemy encounters or by finding hidden chests. In the original game, the costumes were locked as DLC, with some being available once you bought them and others being locked behind the challenge rooms in the optional Inferno area. Making them buyable with in-game currency allows players to use them for larger parts of the game, and since they allow you to customize your play style they're great to have. 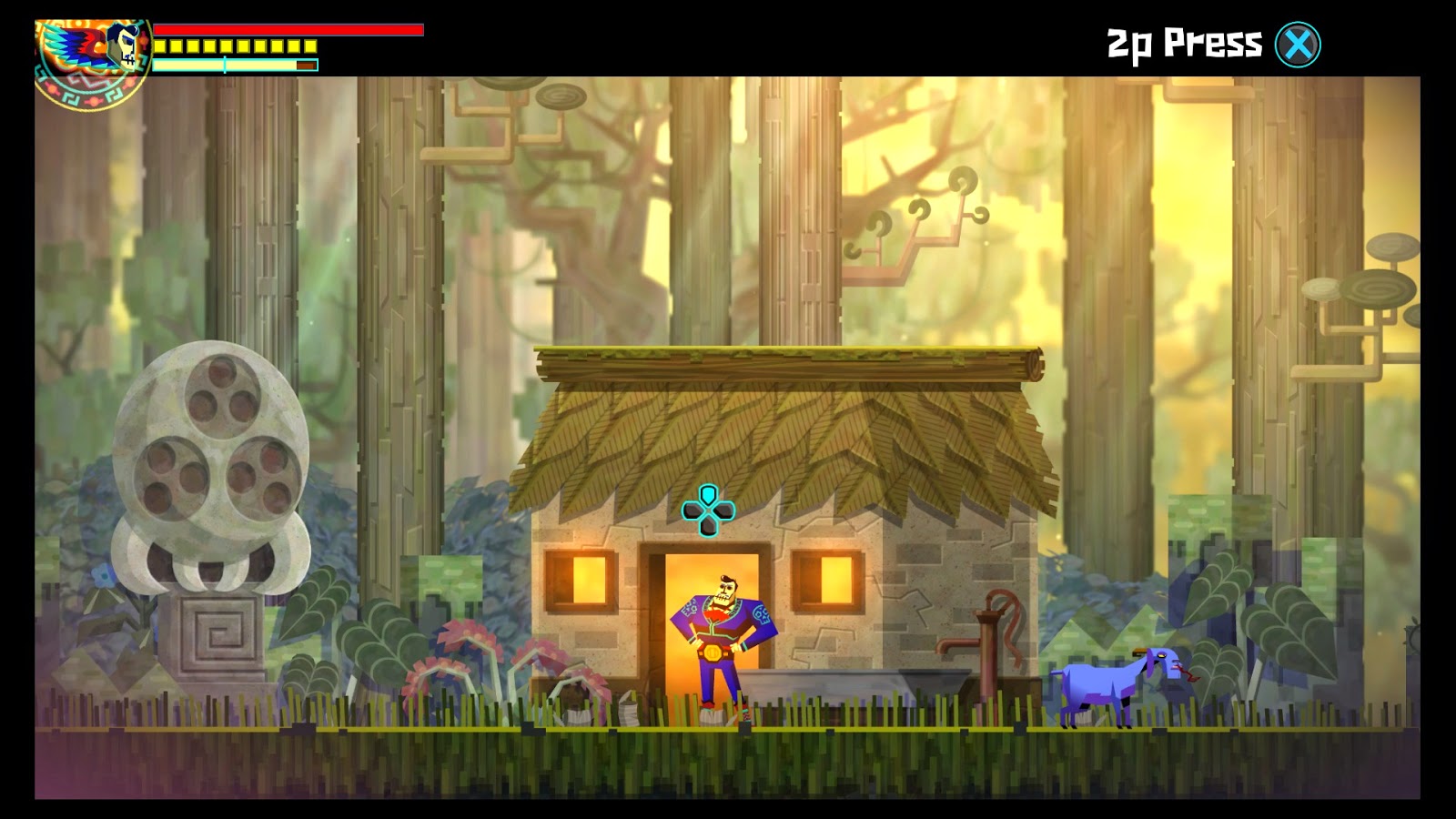 One addition I'm really happy to see is that the game now supports three save slots, so you no longer have to delete a 100% completion file if you want to start a new game on another difficulty. This is a minor thing, but I'm happy to have it. A more confusing change is the game's trophy list, which was cut down from 61 in the original PS3 version, including DLC, to 31 here, in spite of the game having far more to do. I'm guessing there's some Sony policy at work here.

Another change that doesn't matter to game play but really made me happy to see was the almost total removal of the internet meme posters that plastered the game's main city in its original version. Almost all of them are gone, while most of the video game references remain. I'm happy with this, even if the game references could stand to be a little more subtle than they are. Still, they're unoffensive and unlike the dumb meme posters, don't make the game feel immediately dated. Drinkbox's co-founder commented on their overuse in a discussion of the original game, and I'm happy to see this conclusion. 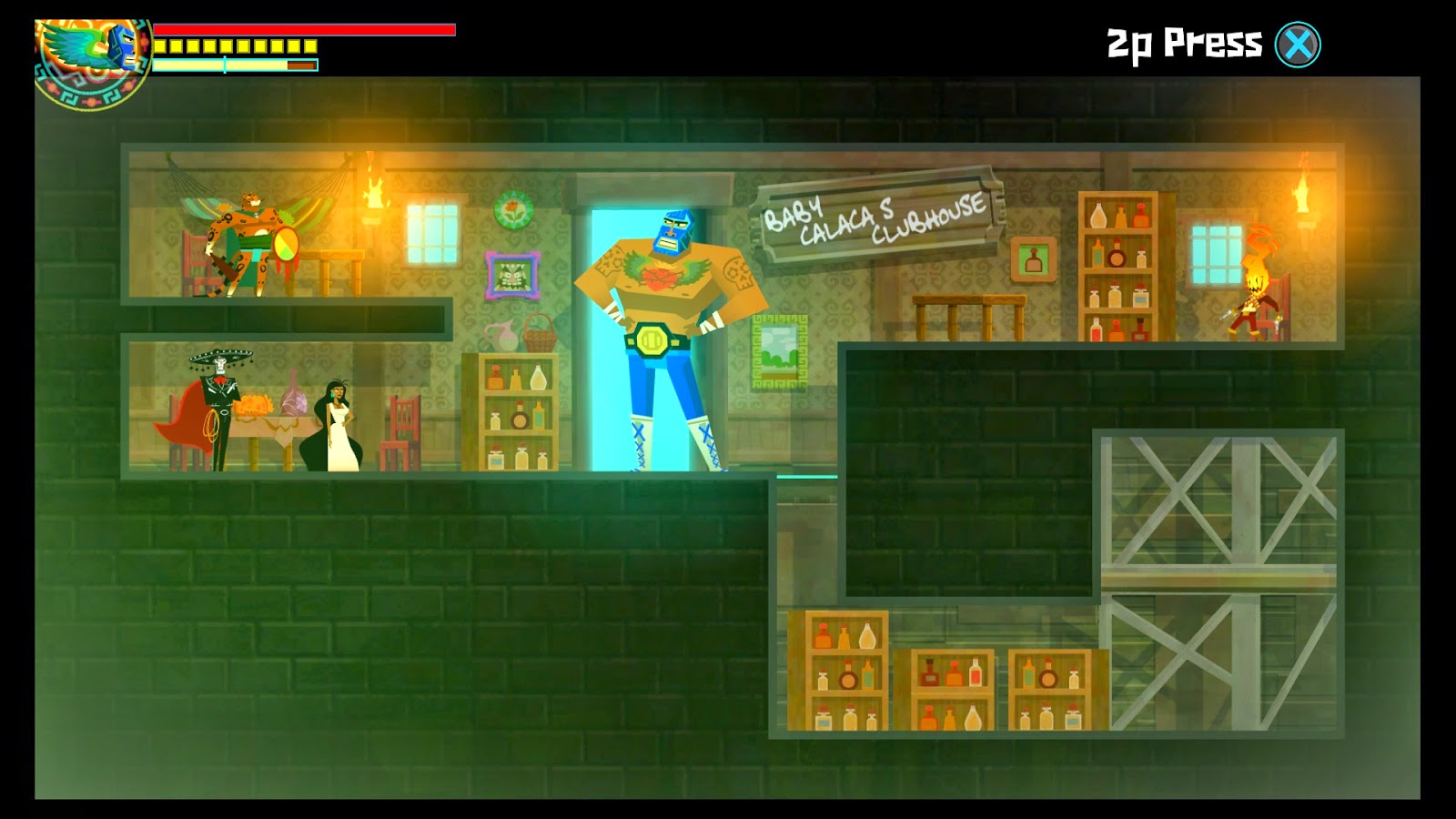 Guacamelee! Super Turbo Championship Edition pumped me up for a full-on sequel. Drinkbox proved that this game's still got plenty of potential for new puzzles, new powers, and new adventures, and I'm hoping for, at the very least, some more DLC in the future. A Boss Rush mode or a Survival mode would be pretty fun additions and more costumes are always welcome. I had very few complaints with the original Guacamelee! and the additions and changes here are enough to soothe them all. I'm happy to see this game spread out to so many new consoles too, so that as many people as possible have a chance to check it out. 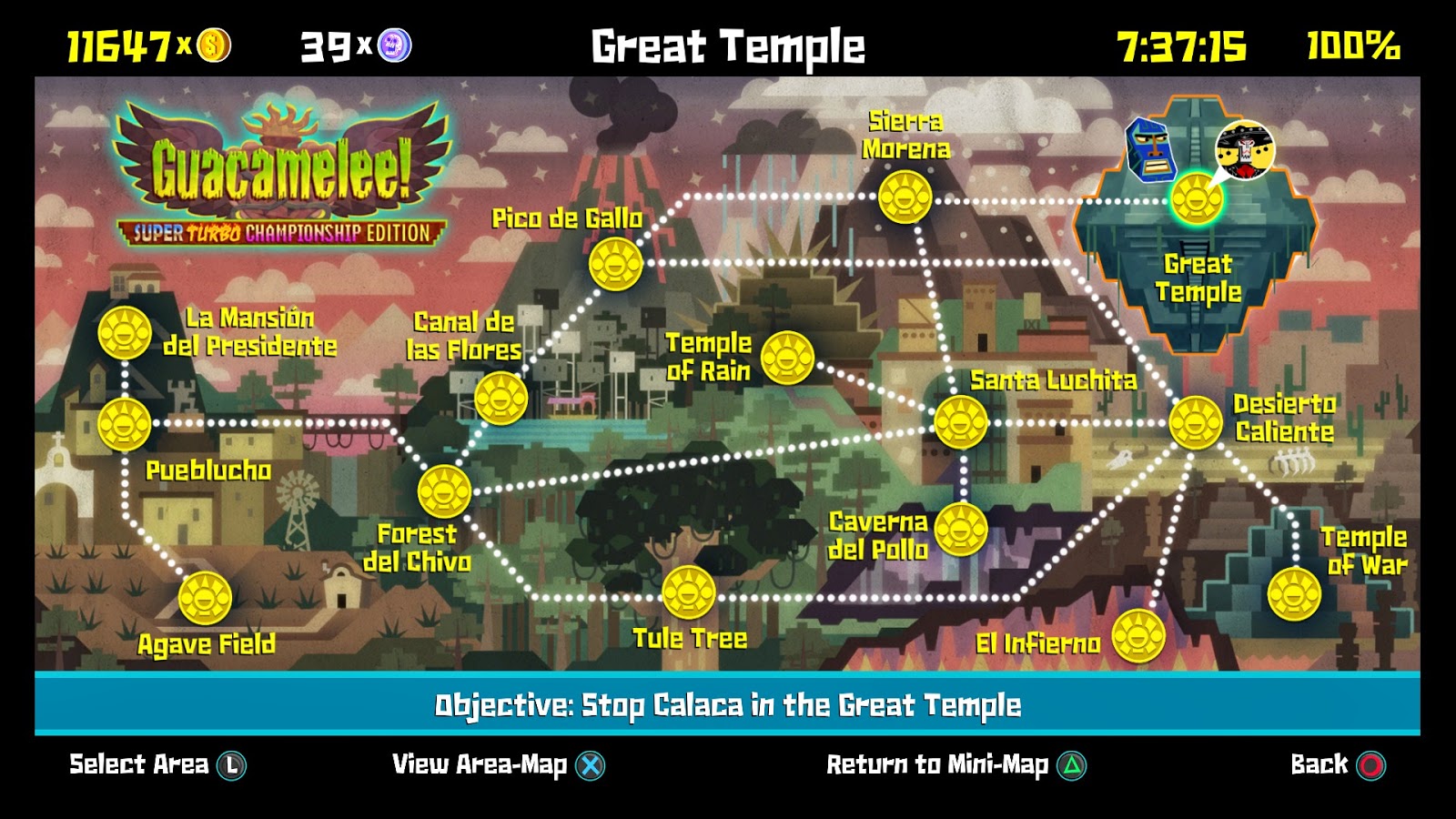 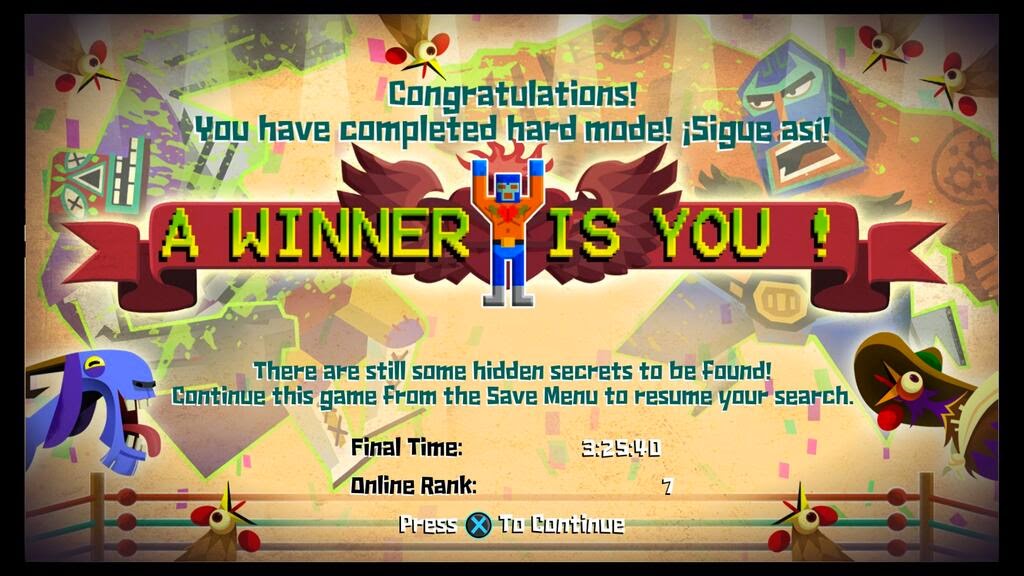