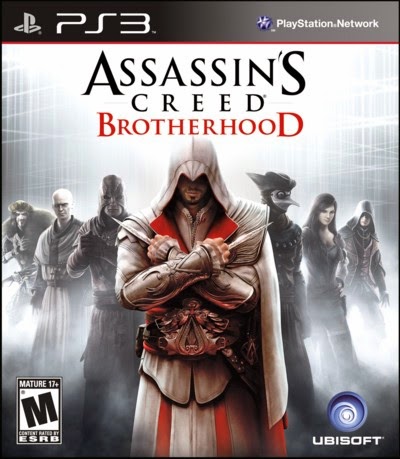 Released one year later, Assassin's Creed: Brotherhood is a direct sequel to 2009's Assassin's Creed 2, opening almost immediately where that game ended. It's only a sequel in the technical sense; in reality, it's actually the second half of AC2's incomplete story, featuring the same characters in the same part of the world with refined but mostly the same gameplay. Taken together, the two games make one decent, complete title that were unfortunately sold separately for full price. This matters a lot less now that you can pick up each of them for $5-10.


For a synopsis of story and gameplay, just check my review of Assassin's Creed 2, linked above. Combat is now faster, smoother, and has a heavier emphasis on combos, but for the most part it's essentially the same. Brotherhood's biggest addition to gameplay is the ability to raise your own army of apprentice Assassins who can take out enemy targets silently, aid you in combat, or be used in an optional, very simple minigame to earn extra cash. Metal Gear Solid: Peace Walker would later borrow this minigame for its optional Outer Ops missions. I enjoyed having these guys and girls around, as it expanded the world and hero Ezio Auditore's role in it, making the conflict feel larger in spite of the setting being far more localized than the last game's. 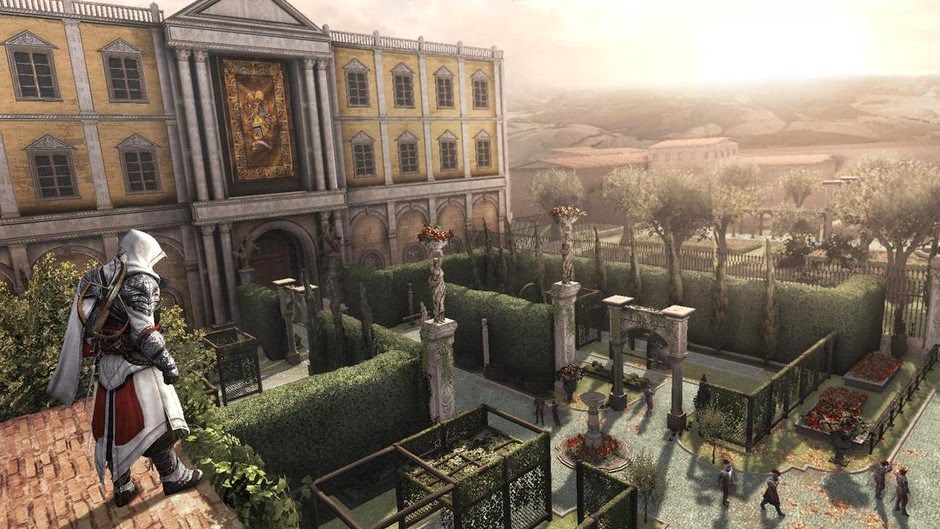 Missions design is tighter, new, optional objectives/limitations during missions are largely fun, travel is easier, and the city feels more alive (the entire game is set in Rome, unlike the previous game's trek across Italy), but most importantly, the crew at Ubisoft finally figured out how to pace their story. This time around, the game's main villain (the son of Assassin Creed 2's villain, who's still around but takes a back seat to the action) is a constant presence, and while his underlings aren't super interesting, they've still got more personality than the bad guys in the last game. The heroes are still purely good and the villains still purely evil, but enough time is spent on them this time around that they feel more like real characters. 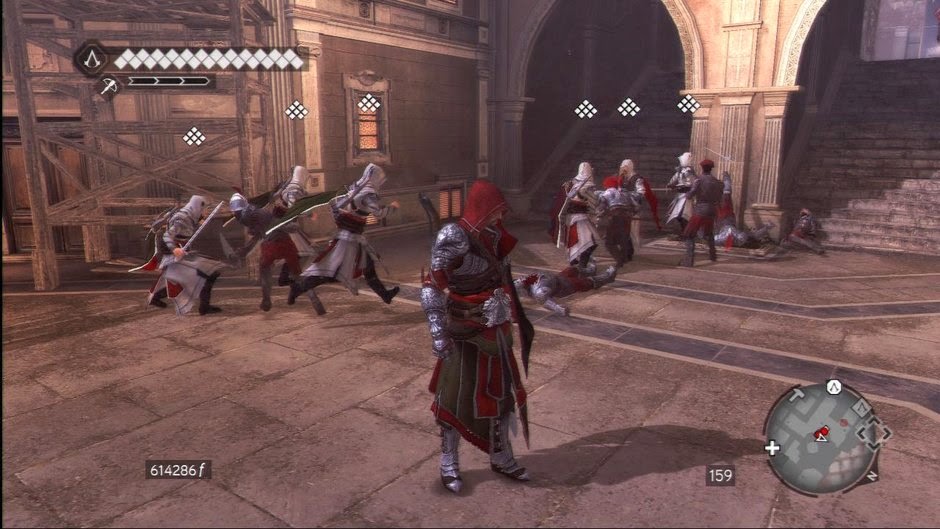 That's not to say there aren't still some instances of awful writing; Ezio's love interest, who barely had a presence in the previous game, returns, plays a major role in the story, and then totally vanishes. During the present day sections, you're told that she died off screen, and no one mentions her again. I don't even feel the need to hide that as a spoiler since it's such an utterly stupid, inconsequential way to throw out a character. It's better than AC2 introducing a dozen characters that never matter after their scene's over, but it's still laughable.

The writing and puzzles in the modern day section have taken a nuttier turn as well, and that's even discounting the Big Twist at the end of the last game (which is almost entirely ignored by Ezio and friends in spite of its monumental, world-shaking implications.) There were plenty of political utterings in the previous game's conspiracy-based modern day puzzles, (I hesitate to call them "messages" since they're so blunt and simple) but Brotherhood knocks it up a few levels by blaming the Supreme Court's Citizen's United ruling for allowing the evil Templars to seize tighter control of the world and places Justice John Roberts as one of their leaders. Nothing interesting or bold is done with this, it merely exists to say, "This guy stinks, his ruling stunk." It's an "I've got something to say" moment from the writers that ultimately doesn't say much. The writing in the Ezio sections of the game remains fun, if overly simple, but the modern day stuff is a little more ham-handed than before. 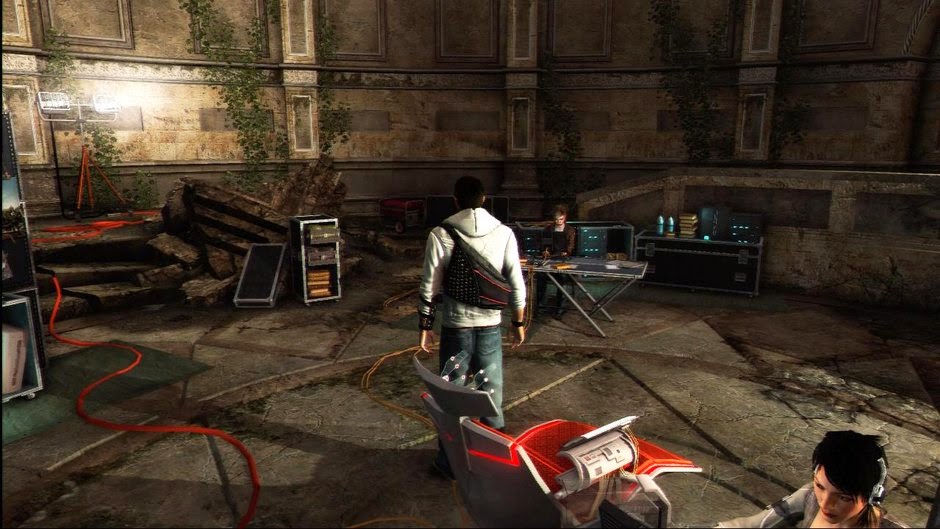 Although gameplay largely remains the same, I enjoyed the mission structure here a lot more than I did in Assassin's Creed 2. There's a series of optional missions in which Ezio has to destroy advanced weapons platforms that I really enjoyed, and I had a good time taking over enemy towers and bases. Rather than building up a safe house/town away from enemy eyes, Brotherhood lets you open shops and renovate parts of Rome as you liberate it from occupation forces. This, along with weakening optional enemy strongholds outside of the main story, does a good job making Rome feel like a character in the story rather than just a backdrop, and in spite of the game's smaller scale than its predecessor, there's a lot more life to the city. 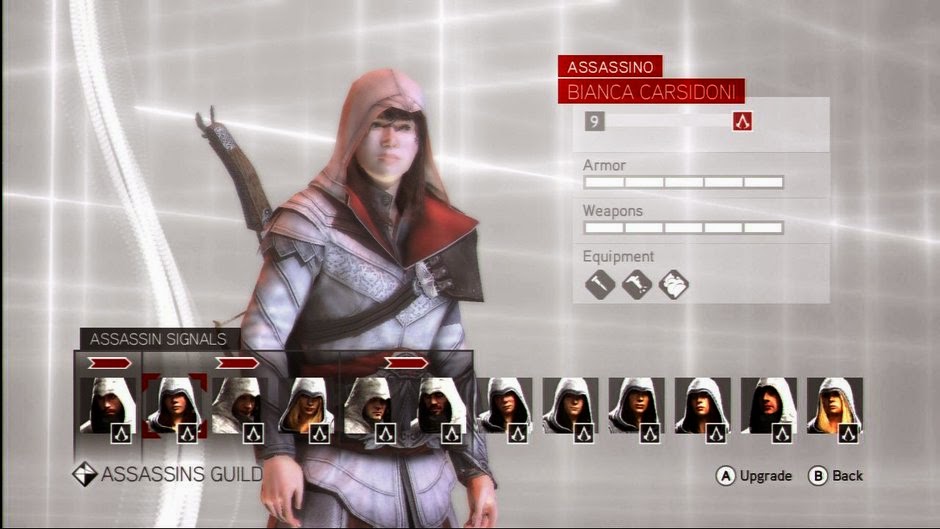 Brotherhood's improves on and is a better game than Assassin's Creed 2 in just about every way, but it can't stand on its own. Without playing AC2 first, there wouldn't be much of a reason to invest in the plights of Brotherhood's heroes, which just speaks to the fact that these really should have been one big game. If you hated the previous games, this one's not going to change your mind, but it is a nice improvement for people that played AC2 and wished it was a more focused experience with fewer bumps on the road.
Posted by surlaw at 8:36 PM