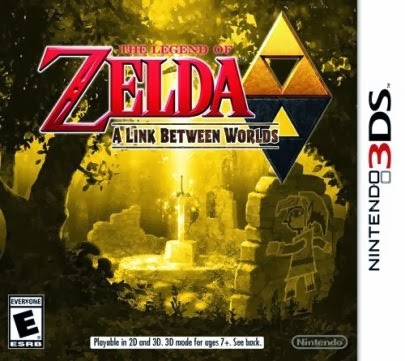 The Legend of Zelda series is Nintendo's one big franchise that I wish I could enjoy more than I do. I still enjoy the original Legend of Zelda, I'm absolutely crazy about Zelda II: The Adventure of Link, and I think SNES installment A Link to the Past is wonderful, as is the 1993 Game Boy title Link's Awakening. Beyond that, I was lukewarm on much of the series. A Link Between Worlds is the title that turned that around.


1998's N64 release The Legend of Zelda: Ocarina of Time is hailed by many as the best game of all time, but it never really did much for me. The pacing and combat bored me, I felt no real sense of satisfaction from exploration, and the game's world just felt flat. I've felt this way to varying degrees for all of the other Zelda titles I've played since, whether they be 3D or 2D, top-down games. The closest I've come to enjoying a modern style Zelda was the Gamecube's Wind Waker, where I really loved the game's style and world but still hated its pacing and was often bored by its combat. I skipped the N64's Majora's Mask entirely after not enjoying Ocarina, and skipped the Wii's Skyward Sword after being more bored by 2006's Wii launch title Twilight Princess than I ever had been by a Zelda game before.

Needless to say, I wasn't expecting much from A Link Between Worlds. I didn't pick it up right away, and instead waited to see what people I personally knew thought of it. After hearing enough positive word of mouth, I took a shot and picked up a copy. To my surprise, not only did I have a ton of fun, but it's one of the best games I've played from 2013 period. 20 years after Link's Awakening, A Link Between Worlds is the first Legend of Zelda title to completely, 100% win me over. 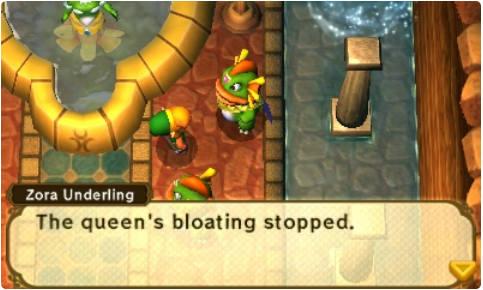 A Link Between Worlds is a "sequel" to 1991's A Link to the Past, which doesn't mean a whole lot plot wise, since the continuity in these games really doesn't matter. Where it actually matters is the game's world design, which is lifted straight from A Link to the Past, polished, and stuffed full of new characters and new secrets. Like A Link to the Past, this game is divided into two parts, the first act taking place in the kingdom of Hyrule and the second in a dark mirror world, called Lorule here. This goofy joke of a name gives you a good indication of the game's tone. LBW is a completely cartoony story in which a clownish villain causes trouble by turning the descendents of legendary sages into paintings. The townsfolk you talk with on your quest mostly have silly things to say, the dialogue is fun, and you get to play baseball with an octopus. The characters of this world have a lot more personality than the ones met in A Link to the Past, and almost all of them are entertaining.

I can't praise this game's pacing enough, which is my single biggest problem with all the other Zelda games I've played from Ocarina forward. There are no hours of tutorials teach you controls; you're almost immediately plopped into the action, swinging a sword and trekking through dungeons. There are several cutscenes, but aside from the game's ending they're all very brief and waste no time getting to the point. The world is small and easy to cross on foot, but packed with enough secrets, monsters, and people that it feels completely alive. You're given instantaneous travel options to revisit places you've already been very early on. There are no forced fetch quests, though there are plenty of optional octopus monsters to collect if you choose to (every ten of the 100 total that you collect allows you to upgrade an item of your choice.) 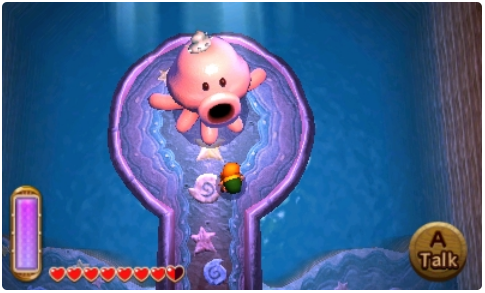 At about 15 hours long, A Link Between Worlds is a fairly short game, but it's so densely packed and wastes so little time that it feels perfect. I certainly found more fun in these 15 hours than I ever did in the 40 I spent on Twilight Princess, which I never even finished. With LBW, I already plan on going back and trying a second run on a harder difficulty, which honestly should have been unlocked from the start. It's not a hard game combat-wise, but there are some tricky puzzles that I really enjoyed. A fun new feature is the ability to turn Link into a flat, painted image, allowing him to slide around against walls and ooze through secret passages. It gives the game's dungeons a very tactile feel, since every wall can serve a purpose, whether it's travel, puzzle solving, or enemy evasion. 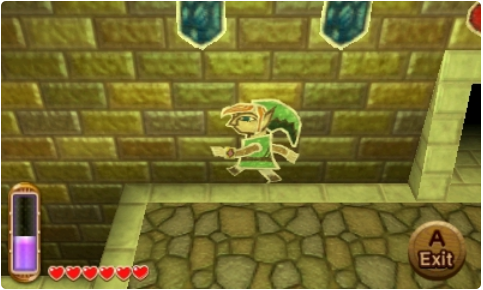 I'm a huge fan of the way this game handles its dungeons. The puzzles are fun, the combat is extremely fast and brief, and you're given a good deal of freedom. The first couple of dungeons are linear, but you're soon given the choice between two, which you can complete in either order. After entering Lorule, you're free to take on any of its seven main dungeons in any order you please. Unlike most of the last two decades of Zelda games, I really felt that I had true agency in what to do, and it felt wonderful.

A big change to the series formula is that the items you use to proceed through dungeons are no longer found in them. Instead, you rent them (or buy them, at a much higher price) from a vagabond in a rabbit costume named Ravio who shows up and camps out in your house early on. If you die, you lose the items you rented and need to rebuy them. It's a bit annoying, but it's so easy to get from place to place that you can simply warp from the dungeon entrance back to your house and then get back to the dungeon in a couple of minutes. What makes this system work, and that one minor frustration worth dealing with, is that having access to nearly every item in the game right off the bat massively opens the world up for exploration. No more playing for 20 hours before finally having enough equipment to fully explore the world map. Once you're done the first couple of dungeons, you can go and do almost anything. Since buying items actually matters here, the thousands of rupees the game throws your way are actually worth collecting. There's also none of that garbage with the game limiting your rupee wallet until late in the game that some other Zelda titles love. 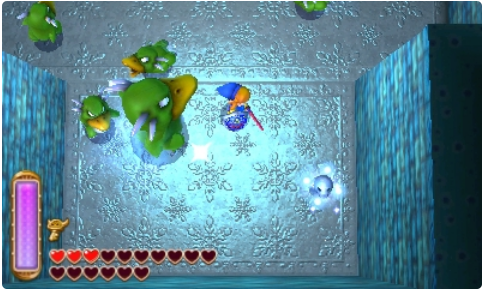 Gone are individual counters for bombs and arrows. Now, all special items share the same stamina bar, with more powerful ones draining it quicker. This does make the game easier, since there's no resource management, but it also causes you to be much freer in your experimentation. This is a game in love with freedom, whether it's freedom of movement or freedom to use everything in the game wherever and whenever you please.

The game's graphics are a bit of a mixed bag. I love their colorful style, but some of the character and monster designs are weak. All of the bosses look good, as do the more important characters, but there are some real ugly NPCs here, and a few monsters look a little boring. Like most 3DS titles, the graphics have little to no anti-aliasing and occasionally muddy textures. LBW does features some pretty nice lighting effects, though. Musically, Zelda's never sounded better. It's mostly songs taken from A Link to the Past and recomposed into something wonderful, and I never got tired of hearing its themes. It's an energetic soundtrack that totally fits the game's tone in a perfect way that as far as I'm concerned is only matched this year by the amazing soundtrack in Drinkbox Studios' Guacamelee. 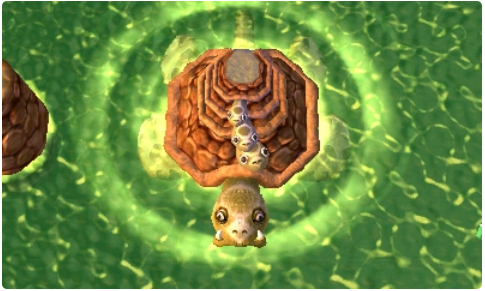 A Link Between Worlds  is one of 2013's best titles, and one of the best titles on the 3DS period. I've enjoyed other games on the system, but this is the first one I can truly call a Must Play. Every little piece works together so well, and I haven't got a single major complaint. If I had to choose something to pick on, I'd say that the game's one brief stealth segment is kind of bad, but it's brief and nowhere the level of Wind Waker's terrible stealth-focused fortress. This game has renewed my expectations for what Nintendo can do after a few years of the company putting out good, but somewhat bland titles. If the next Zelda title is anywhere near the quality of this one, I'll be in line day one. 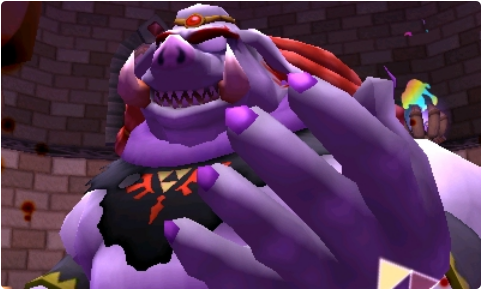