El Diablo's Domain is the second downloadable content released for Guacamelee, one of my early choices for 2013's best game of the year. It introduces new content to the game that's largely aimed at players who have already gotten good at it, but like the main game, is balanced very fairly. I spent about three hours playing through this DLC, so its $3 price tag felt perfect.


While Guacamelee's first DLC pack added some fun new costumes with new stats, El Diablo's Domain is a much meatier bundle, offering an entirely new area of the game with 17 challenge rooms, new story content, and three more costumes to unlock. Three different types of medals are awarded in most of the challenge rooms depending on your performance, and earning these medals allows you to unlock the new costumes, each of which has its own gameplay advantages and drawbacks. The challenge rooms vary in style, some focusing on pure platforming, some on combat, and others on puzzle solving. There's plenty of variety in all of the areas that Guacamelee's main game did so well. 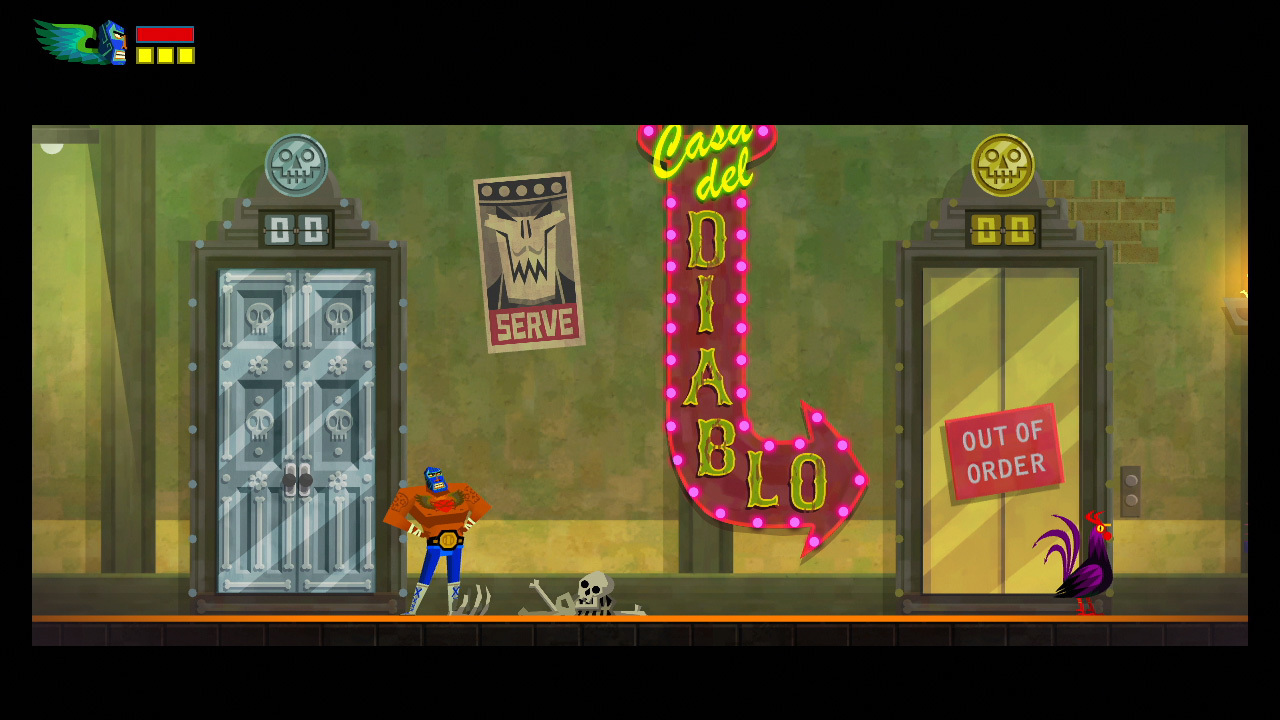 For me, the difficulty level of this DLC was perfect. Some of the challenges were pretty tough to earn gold medals on, but they're paced well enough that failing and restarting isn't a big deal at all. There are also new trophies to be earned based on completing certain challenge rooms under specific conditions or with specific costumes. Each challenge is designed to be completable at any skill level (as long as you're good enough to make it this far in the game to begin with), and pros will have plenty of fun/frustration perfecting each one.

I found all of the jokes in this new area pretty funny. It continues the dropped plot thread from the main game in which the devil has been transformed into a chicken by the game's skeleton villain. With your help, El Diablo can climb back to the top of the corporate ladder (while still a chicken) and resume his bureaucratic misery as the CEO of Hell. There are lots of background joke, but unlike the main game, none seem to be internet memes, which is a nice change. I liked seeing a vending machine full of hot peppers on one of the floors of the Hell Building you climb through. 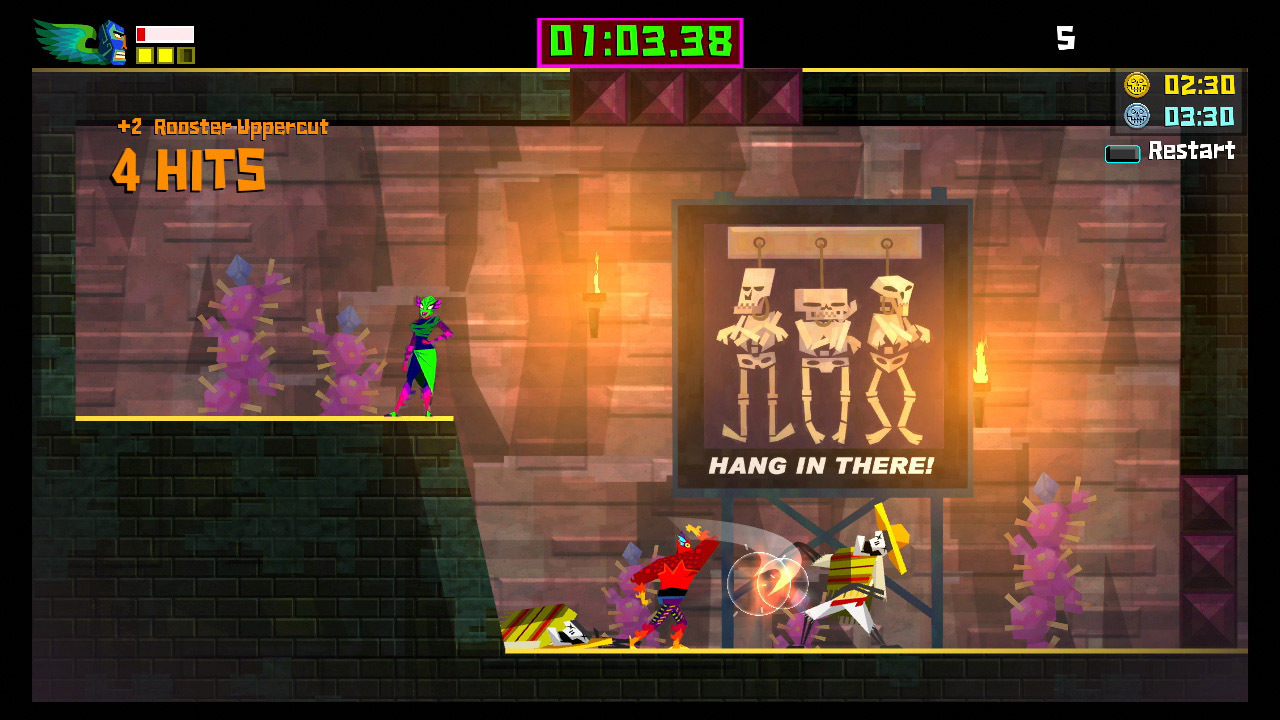 This is one of the best DLC packages I've bought. It's priced well, offers a good deal of content, and is very replayable. With quality this high, I have no hesitation in picking up any future DLC packages Drinkbox Studios may put out for this game.
Posted by surlaw at 10:06 PM