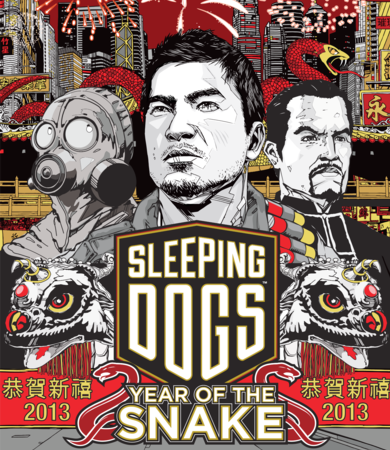 
When Year of the Snake begins, Officer Shen's destructive rampage in the main story finally catches up to him and he's demoted to a beat cop, spending his time writing traffic tickets and chasing down public urinators. He gets off pretty lightly, all things considered. Surprisingly, no one from the Sun On Yee shows up to hassle him now that everyone knows he's really a cop. Instead, Shen becomes involved in an investigation into an end of the world cult who has been planning bombings around Hong Kong in the hours leading up to New Year's. 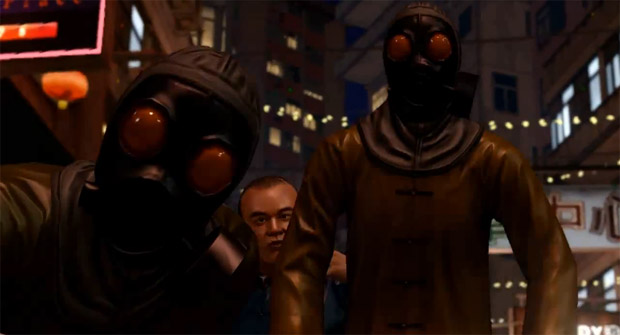 While the villains aren't super compelling as individuals, the writing feels tighter than it did in large parts of the main game (and certainly better than Nightmare's), the jokes are funnier, and the side content is worth seeking out. The fights are still pretty much the same, but Shen is given a few new options; by pressing the Grab button again after successfully grabbing a weakened enemy, Shen can handcuff and arrest them. Enemies can also be dragged to police cars and tossed in the back seat for a ride to jail. A tazer is also permanently available during these missions, which does add a little variety to the fights. Shen also gets a running tackle into handcuffing combo, which can also be used on confused citizens if you feel like causing trouble.

Something I really liked here is that if you do go on a violent rampage against civilians, you're kicked off the force and the game ends. I accidentally kicked a passerby when trying to chase down an enemy bomber, and was surprised when I was penalized for that in a major way. Rather than be frustrated by having to start the scene over, I was impressed that it mattered. Shen no longer steals cars by violently tossing their passengers out of their doors; he now shows his badge, commandeers the vehicle, and leaves drivers standing puzzled but unharmed on the side of the road. These might not seem like huge additions, but I absolutely appreciated them and little things like this would have gone a big way to actually making Shen sympathetic in the main story. He's still a loose cannon, ends justify the means guy here, but he comes off as less of a psychopath. 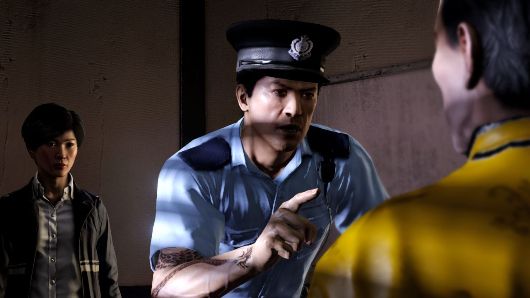 There are probably a few too many side missions with the same objectives, but overall I was pleased with Year of the Snake and felt it was a good note to end the game on. You have less freedom than you do in the main game, but I had no issues with this. The world is still too big and empty, and there are still bugs (I failed a mission because I put an arrested guy in the wrong police cruiser) but I was satisfied with this DLC. If you enjoyed the main game, it's a must play, and if you had mixed feelings like I did, it's still worth checking out.
Posted by surlaw at 6:22 PM