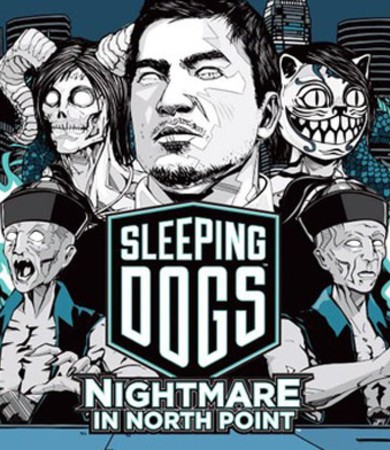 Nightmare in North Point is a DLC side story for Sleeping Dogs released for Halloween 2012. It takes the existing game's world, fills it with blue fog, and unleashes living deads all over the place. Between this DLC, Red Dead Redemption's Undead Nightmare, Infamous 2's Festival of Blood, and Yakuza's Dead Souls, "Let's take an existing game world and add monsters to it" has become a bit of a trend. Unfortunately, Nightmare in North Point is a pretty weak adventure plagued equally by an uninteresting script and repetitive gameplay.


The story begins with Wei Shen on a date with Not Ping, whose real name he still hasn't learned, as they leave a crappy horror movie. After mocking the concept of the undead, Shen and Not Ping are accosted by the spirit of Smiley Cat, a cat-masked mobster who was killed by the Sun On Yee triad decades ago. Smiley Cat turns Hong Kong's North Point into a lair of Jiangshi vampires, a few larger demons, and possessed citizens that fight exactly the same way regular citizens do, only with glowing eyes. 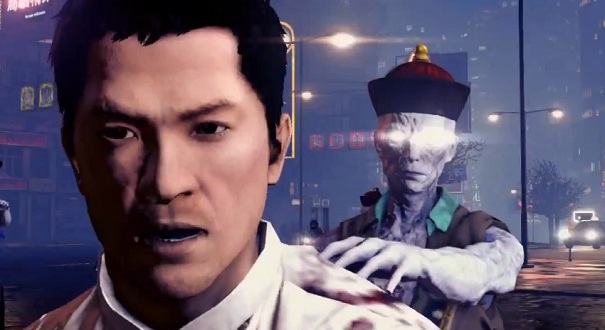 In the hour and a half of content that follows, players guide Shen through North Point as he brawls his way through enemies to rescue Not Ping from Smiley Cat, running into the ghosts of triad members from the main game's story along the way. The Jiangshi and the demons are the only new enemy types, and fighting them gets tiresome very quickly. Jiangshi are defeated by wearing their health down until they're stunned, at which point you can grapple them to a second death, and demons are defeated by grinding a power meter that you unlock by doing a three item fetch quest. Some Jiangshi groups spawn indefinitely until you've picked up enough of them and thrown them into their spawn points, which just makes already slow fights that much more tedious. A new sword weapon is added to quicken the fights, but it breaks quickly and doesn't do a whole lot more than your regular fists. There are plenty of "chase down this guy" moments too. 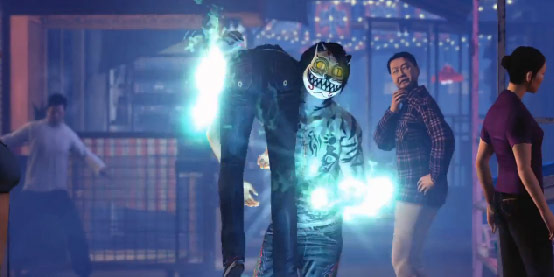 Nightmare in North Point clearly aims for a B movie vibe but fails pretty hard. The script is weak, and even the ancient demons you battle still have the same "swear at everything" writing that the main game's thugs do. Horror genre B movies usually attempt to be scary, often failing in hilarious ways, but this DLC never even makes the attempt. Nightmare in North Point feels more Army of Darkness than Evil Dead, but without the quality/stupidity of writing that makes Raimi's camp horror-comedy adventure work so well. Even intentionally stupid horror works better if your hero is in some kind of danger at any point. The only highlight of the story here is the ghost of Vincent, one of Shen's Sun On Yee buddies who dies in the main game, who comes back to hang out in your car and complain about how no one prays for him and how he misses noodles. Vincent's the best part of this DLC and feels more like something out of a Suda51 game than the rest of its content.

I only paid about $3.00 for this DLC so I can't complain too much about its lack of content, but the little that's here is just exhausting in how repetitive it gets. There's nothing that feels new and the writers weren't up to the task of putting together either a B movie loveletter or parody. There are a few laughs, but not a whole lot. I'm pretty sure that rewarding me for completing the DLC with a LOL Cat reference trophy was the game giving me the finger and I could have done without the "All Chinese magic is based on drinking antifreeze" joke. The more recent Year of the Snake DLC is a far more interesting expansion with stronger writing and better jokes. Nightmare may be worth checking out for more hardcore Sleeping Dogs fans, but I didn't find much worthwhile here.
Posted by surlaw at 7:37 PM