FarSight Studios' The Pinball Arcade is a pinball simulation using a wide variety of actual, licensed pinball tables from decades past. It replicates the actual physics, art, and sound of over two dozen classic tables, providing the most authentic pinball experience possible outside of playing on an actual machine. The game is available on smartphones, PS3/Vita (buying one version gives you access to both), Mac OS X, and Xbox 360, with Windows and Wii U ports coming eventually. This game looks and feels great, and anyone with an interest in pinball and classic games should give it a look.

The initial game is sold for $10 and includes four tables: Gottlieb's Black Hole, Stern's Ripley's Believe it or Not!, Williams' Tales of the Arabian Nights, and Bally's Theatre of Magic. Other tables are sold in pairs for $5, with the exception of Bally's Twilight Zone table and Williams' Star Trek: The Next Generation table, which are sold at $5 a piece to cover licensing costs. I think this is a fair pricing system, though it's unfortunate when you're forced to buy a table you don't like in order to get one you do. One of my favorite tables, Attack from Mars, is bundled with a Gottlieb table, Genie. While I understand their popularity with pro players, I don't really enjoy the Gottlieb tables. 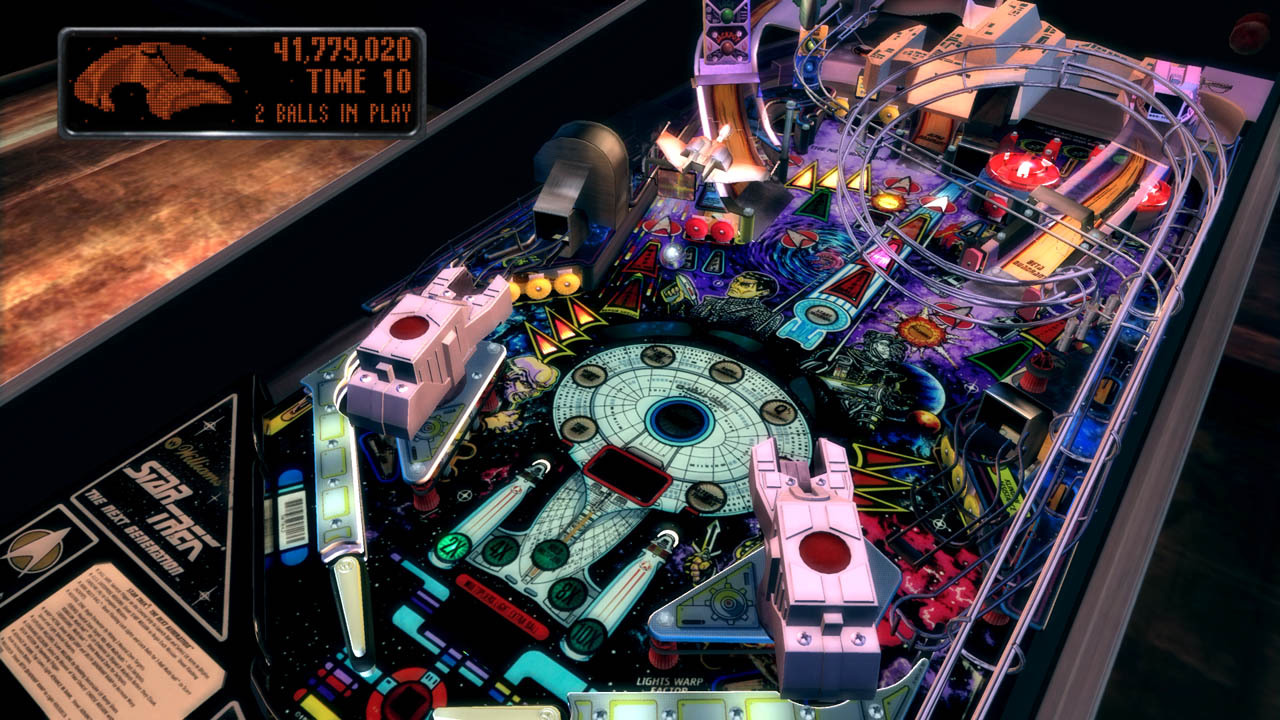 The Android/iOS/Mac versions currently have the most tables available, followed by the PS3/Vita. The Xbox version has only received six of the downloadable tables, making it the worst platform to purchase the game on. I'm currently spending a lot of time on the PS3 version, though I wouldn't mind having one of the mobile versions as well. In addition to tables, players can by Pro Mode upgrades that let them modify game settings, though doing so is pricy and disables Leaderboard rankings. 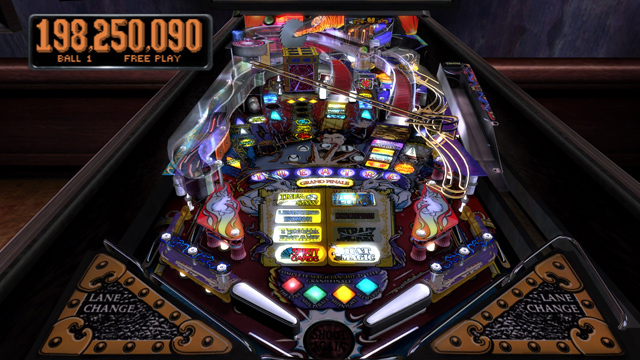 Each table has a set of ten goals and detailed instructions on what has to be done to achieve them. This is great for players who enjoy pinball but don't know the proper way to play a table (me, in most of these games.) You'll learn plenty of tricks and know the tables very well by the end of your goal hunting, though the way goals are set up is kind of poor. Each table's goals are divided into Standard (normal) and Wizard (expert) goals, but the difficulty of each is not well balanced on some tables. Tales of the Arabian Nights makes this especially evident; one of the Standard goals (activate HAREM Multiball) took me days to get, while its entire Wizard goal list only took me two runs through the table (Earn an Extra Ball should not be a Wizard goal.) The problem is that you can NOT earn Wizard goals while the Standard list is left unfinished, so any progress you make is wasted. I'd rather just be able to access all ten goals off the bat rather than have them locked away like this.

The Pinball Arcade is a great deal and is the first time I've deeply enjoyed video game pinball. Star Trek: TNG and Attack From Mars are two of my favorite physical tables, so it's great having nice home versions. Rumors say FarSight is currently in negotiations for the rights to Terminator 2's pinball table, and I'm hoping more big franchise tables will follow. I'd love nothing more than home versions of Street Fighter II pinball and Star Wars: Episode I pinball, though the latter is likely impossible since competitor Zen Pinball just received a pack of newly made Star Wars tables not based on any real ones. I had never played Theatre of Magic or Arabian Nights before, so it's great getting to know classic, well regarded tables without having to drown a machine in quarters to learn it. I recommend this title fully, and hope the platform remains supported for years to come.
Posted by surlaw at 6:07 PM