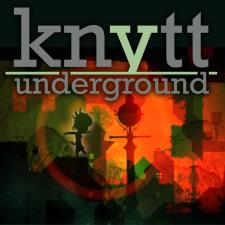 Knytt Underground is the latest release from indie developer Nicklas "Nifflas" Nygren. It is a nonlinear puzzle-platformer set in a massive, massive labyrinth whose sheer size puts any Metroid map to shame. Underground is far larger than Nifflas' previous Knytt games and also the first to focus on story in a significant way. Unfortunately, for all its ambition, Knytt Underground is a pretty bad game, bogged down by large stretches of uninteresting hallways, horrible character art, and embarrassing writing.


The game is divided into three chapters, the first starring a mute girl named Mi whose skills revolve around climbing, the second starring Bob, a mute basketball with a talkative buddy. The third chapter dwarfs the size of these first two and combines our two heroes into one, switchable by tapping R1. Your map eventually stretches to cover literally every bit of the screen, so if you're the kind of player who loves poking around walls to find every hidden nook and cranny, you're going to have hours for fun here. Players guide Mi/Bob on a journey to ring six ceremonial bells in order to save the world from something, avoiding deadly fire/slime/robots along the way. While there are plenty of enemies present, there is no combat in this game, and the enemies are simply a part of the platforming puzzles. 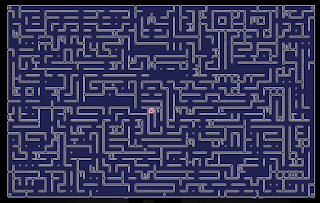 Knytt Underground is massively ambitious, but utterly fails to realize that sometimes, less is better, which is kind of amazing since it was designed by a developer whose previous titles offer smaller, simpler looking experiences. Underground features photorealistic backdrops that often look nice but give no sense of structure to the game's world, and most of the screen is blacked out by silhouettes. The map is massive, but feels incoherent, to the point that I felt my progression was purely random. Since every square of the map is its own room, you're going to spend way, way too much time running through long areas whose entire gameplay is "hold right, sometimes right + up." The character designs move from the cute, simple 8-bit styled critters of Nifflas's previous games to hideous copy and pasted monstrosities that look like they stepped out of a Create an Avatar site from 1995. I respect the ambition on display here, but the end result is a sloppy looking clash of styles and poor overall map design, even if some individual rooms contain clever platforming puzzles. 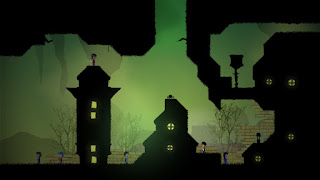 I should mention that I have not finished this game; after five or six hours of play, I felt I'd seen all I needed to see. There's massive backtracking to get items to progress, a huge number of quests whose only reward is more badly written dialogue, no new abilities to master, and a genuine sense of uselessness. That last part I assume is intentional, at least. The game's story focuses on religious people being stupid vs. rational people being cold, a fairly useless argument that poises itself as something profound but is utterly benign due to how poorly almost every text box is written. From what I played, the author's stance is pretty clearly "The answer is somewhere in the middle, but boy, religious people are totally horrible and stupid, aren't they? Look how stupid they are." There are a few other deep messages including "Sometimes it's good to take the law into your own hands and kill people if it might help other people" and "Sometimes bad things happen, doesn't that suck?" Mi's companions are a blue fairy named Cilia who speaks like a bad South Park self-insert fan fiction character and a yellow fairy named Dora who is naive and boring because she has faith. Players choose which fairy speaks for Mi when engaging with other characters. 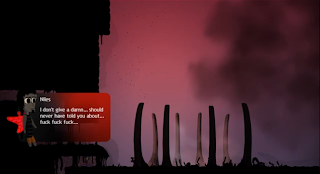 This is one of those games that I assume is meant to be played for its messages, but they're so horribly bungled by poor writing that I can't bring myself to have any interest. I feel no emotional engagement from anything here, in part due to the awful character art and in part due to the non-stop edgy writing that screams "I'm fourteen years old and I'm PISSED OFF." Swearing can work as part of a character; see the brilliant Nier's Kaine or equally brilliant Spec Ops: The Line's Walker. Both of these games are raw and emotionally engaging purely through writing which shines above their average to slightly above average gameplay. Knytt Underground's writing is distractingly bad to the point that any potential depth to its message gets laughed off. 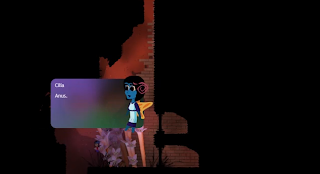 I had some fun aimlessly wandering the caverns of Knytt Underground, but I have no interest in the fetch quests that make up its main objectives, nor do I have any interest in becoming invested in its characters. This game would be more powerful if it relied entirely on imagery rather than words, because (and I've said this enough times by now) its words are really very stupid. At times, Underground feels like a very well thought out satire of the worst aspects of the indie games scene, both in its lengthy, pointless world crawling and its terribly told pseudo-philosophy. It captures almost all of the worst cliches of indie gaming in one nicely wrapped package. The only thing missing is fountains of blood when your character bumps into hazards. If that was the intent, the joke's on me, and it's well played.

If you want a PS3 indie game with open exploration, an actual sense of progression, and extremely well designed platforming puzzles, play Guacamelee. If you want one that's emotionally compelling (without needing any words at all!) play Journey. I find nothing in Knytt Underground worth recommending.
Posted by surlaw at 1:02 AM