For an extensive history of Q*Bert, be sure to check out this article by Warren Davis.

In 1982, Warren Davis and Jeff Lee introduced one of arcade's most iconic figures: The foul-mouthed, long-nosed orange blob monster Q*bert. Players bounce Q*bert up and down a pyramid of cubes, changing the colors of the platforms he lands on with each hop, with the end goal being to turn all of the panels a certain color. Along the way, Q*Bert is plagued by green creatures that reverse his cube coloring progress, hungry purple snakes, and the ever present danger of accidentally jumping off the side of the pyramid if you're not used to the game's controls (far more likely on console ports than in an arcade.) With each death, Q*bert belched out a hearty @!#?@!


Once you get used to its controls, Q*Bert's a pretty straightforward game, but by no means an easy one. While the first few stages are simple, the amount of enemies that pour out quickly turns things into chaos, especially once enemies are undoing your work. You can use spinning discs on the side of the pyramid to escape from enemies and lure snakes to their death, but since these are limited you really don't have much of a choice but to spend the game perpetually running from enemies, never getting to stop to take a breath. It's frantic but never completely frustrating, as the game actually does have a pretty reasonable difficulty curve. 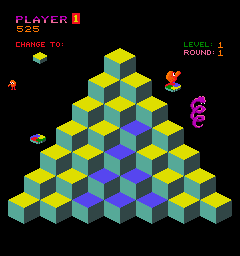 I never spent much time on Q*Bert when I was younger, but in recent years I've developed a deeper appreciation for it. I love its goofy but clear character designs, its satisfying sound effects, and its overall concept. I really enjoy that the game's high score board is called the Noser Elite. It's not a game I'm particularly good at, but still one I always enjoy. I prefer the sequel, Q*Bert's Qubes, but the original game's still a lot of fun.

It would be nice to see a revival in interest in the character and his game now that he's had a pretty significant cameo in Disney's Wreck-It Ralph. When I was last at Funspot, I actually heard a young girl excitedly telling her mom about the game due to discovering it through that film, which was heartwarming. While there was a Q*Bert merchandizing craze in the 80's, he effectively vanished from the games industry and lives on mostly in cameos/parodies. This weird blob bro who I like to believe is a cousin to Super Mario Bros. 2's Birdo (through the snout and the sound effects she would end up having in later Mario spinoffs) deserves a new shot at the spotlight. 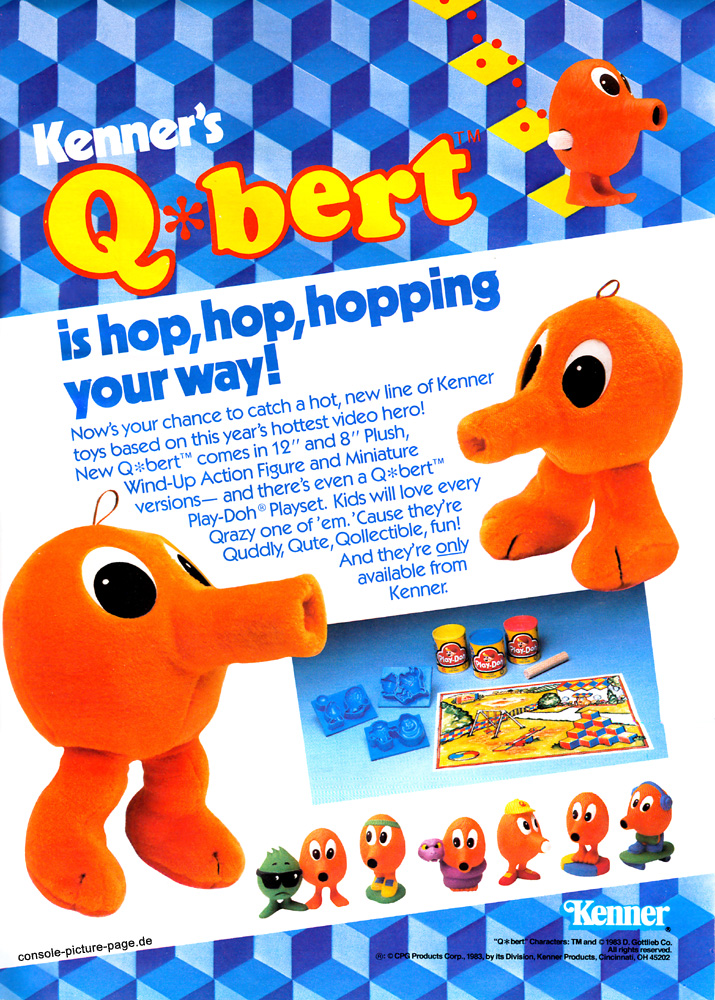