When done right, using downloadable content to expand a game's world and story is a pretty great feature of the current console generation. It's a way to keep players coming back to a game long after release, and in some of the better examples feels like a complete, short form game of its own. Dark Souls' Artorias of the Abyss is probably my favorite example of this being done right.

Mass Effect 3 started off on the wrong foot when it came to DLC; the day the game launched, players could buy From Ashes, a DLC mission that added a new permanent squad mate, Javik. The mission was fun and Javik adds a lot to the game if you keep him in your party, but having to pay $10 on top of the game you just dropped $60 on in order to complete your squad just feels sleazy. This wasn't content later made and released after the game had been running for a while, it was right there on day one, letting you know that without purchasing it, you're not getting the full experience.

Bioware's next two non-cosmetic DLC releases are short and overpriced, at $10 and $15 respectively,
but at least they feel like post-game content and not a $10 tax on release day. The first is Leviathan, published about five months after the game was released.

Leviathan tells the story of a weapon/lifeform rumored to be powerful enough to kill a Reaper. Shepard sets off on a series of investigations, meeting new characters, visiting new locations, and fighting the exact same enemies you'll probably already be bored of fighting if you've played through the main game already. It reveals some background on the Reapers and the Catalyst, but not enough to feel totally overexplained. The conversations with the Leviathans are well written, as are the more human moments during these missions and a very funny side event with Vega and a Husk. 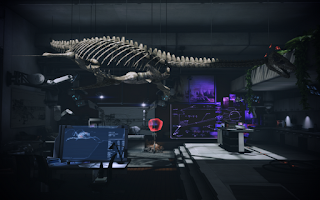 After tracking down the Leviathans themselves, players must convince them to join the war against the Reapers, and while I don't really feel that DLC needs to have an impact on the ending, the events of this one are a little too big to just get mentioned flippantly by the Catalyst if you've got the DLC installed. We're shown weapons that can one-shot Reapers without expending any real effort; the fact that this doesn't single-handedly change the war is, honestly, bad writing. You don't introduce a weapon of this power and magnitude and then relegate it to a few War Asset Points. The fact that the Leviathans don't change literally everything about the war is understandable, but it's also pretty stupid. If you don't intend your new characters to change the universe, don't make them unimaginably powerful.

As far as gameplay goes, Leviathan lasts about 4-6 hours. There are combat segments on a derelict ship floating on an ocean that look great, but offer no new enemy types. There are two new weapons to use, but neither is too exciting. The final bit of gameplay is an underwater segment that looks great, but is pretty much on rails the entire time. I did enjoy the investigation parts of this DLC, but the combat left something to be desired. Completing the DLC grants Shepard a new power which essentially indoctrinates enemy troops for a short while and feels totally overpowered. 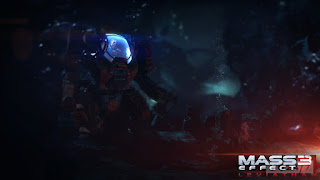 I had fun playing Leviathan and enjoyed its story until the inevitable moment when I said, "Wait, this should really matter a lot more than it does." It probably shouldn't be $10, since you can buy new, complete downloadable games for that price. I really enjoy the Mass Effect games in spite of their numerous, sometimes really hard to ignore flaws, but if you're not a big fan, this DLC isn't going to do anything to change your mind. More Mass Effect is always fun, but I wish that at the very least, this DLC had introduced new enemies for me to fight.
Posted by surlaw at 10:55 PM