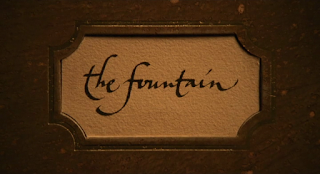 Darren Aronofsky's The Fountain was finally released in 2006 after years of production difficulties, shifting cast members (the leads were originally played by Brad Pitt and Cate Blanchett before Hugh Jackman and Rachel Weisz eventually took over their roles) and difficulty in marketing just what exactly this film is. The film switches between three realities inhabited by incarnations of the same people; A fictional 16th century story spanning Spain and The New World, modern day reality, and a metaphysical future. While off-putting at first, this film has a very central, very human core as it questions not the meaning of life and death, but the way in which humans come to terms with death.

While there are three non-linear layers to the story, I don't think this film is as complicated as it seems on its surface. I found it incredibly sad and emotionally both exhausting and touching as it explores an issue that every human being needs to face at one time or another. The story of watching a loved one slip away while there's nothing you can do about it, no matter how hard you fight, resonates in a deeply personal way with me. I've had a lot of happiness in the last five years but also a lot of loss, and so this is the kind of film that really gets to me. I don't believe at all that this film's three worlds are literally three separate time lines. The film is an examination of the worlds we build around ourselves in order to deal with pain. 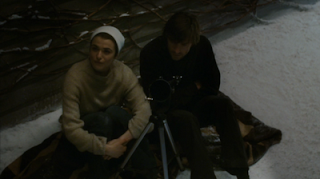 The main story takes place in the modern day and centers around the relationship of Tommy and Izzy. Izzy (Rachel Weisz) is a writer with a love of the world around her dying of a brain tumor that Tommy (Hugh Jackman), a neuroscientist, is fighting to cure. Tommy's work has produced medical miracles in several directions, but not in the one that matters most; try as he might, and for all the good things his research breeds, he cannot find a way to reverse the growth of this tumor. Izzy deals with her pain through writing; Tommy deals with his through throwing himself headlong into his work. His love for her is as destructive as it is passionate.

Izzy's novel tells the story of a conquistador tasked by his queen to find the Tree of Life in America and bring to her eternal life. The two leads of her story are parallels for Tommy and Izzy themselves, and are played by Jackman and Weisz in period clothing as we watch the events of the novel unfold throughout the film. The development of her stand in character tells us a lot about Izzy; she begins writing some time before the film opens, presumably a decent amount of time earlier, and writes a story about a woman desperate to cheat death. She writes a story of a quest for immortality to deal with her own fears of the inevitable, and to beg her husband to keep fighting to save her. Izzy never finishes her novel; she never has to. By the end of her life, she has come to terms with death and awaits peacefully. While the rest of the world is shot in a golden, dying light, Izzy is lit brightly and beautifully. There's no reason to finish the novel now that she no longer feels the same desperation of her heroine. She hands it off to Tommy, telling him to finish it. This is not because the story needs telling, but rather, because she knows how much writing helped her. 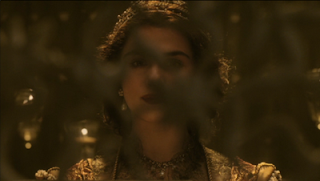 The third narrative is set in an unknown future, as Buddhist monk Tom sits within a biosphere that contains a Tree of Life imbued with the soul of his lost love as it hurtles through space towards a dying star. This is the hardest part of the film to take in, as it's the most detached from both the narrative and from reality, but I think it's cheap to just see it and say "These are the adventures of a 25th century monk." I see these sequences as dreams, metaphysical, religious experiences, that Tommy experiences as he comes to terms with Izzy's death. While Izzy found comfort in the concrete, through physical writing, Tommy finds his in the abstract, through meditation. These slow, dreary scenes don't say much, but they show us plenty about both the pain and hope in Tommy's heart. 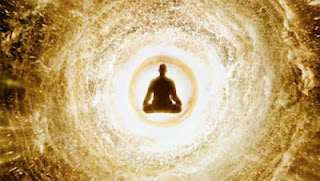 For a film that places so much emphasis on the value of the fictional and the ethereal, The Fountain feels incredibly textured and physical. There is an enormous amount of detail in each scene, from the texture of the conquistador armor to the snowy fields of the modern day to the fur/hair on the metaphysical Tree of Life. Everything looks extraordinarily touchable, and shots linger long enough to give an appreciation of that aspect. Music is mostly subdued in the modern day scenes but more bombastic in the past/future. Costume design is extravagant and spectacular in the Spain sequences and subdued and minimalist in the surreal space trip. It doesn't have the sense of claustrophobia that often inhabits Aronofsky's films, nor the body horror (there are a couple of gross scenes, but nothing on par with what's found in his other films.) This feels, by far, to be Aronofsky's most personal film, both to himself and for the audience.

A good deal of time is spent with Izzy talking about the Mayan myths that form a foundation for her novel. She speaks in particular of creation through death, a theme central to the film. Her novel is born through her fear of death and Tommy's medical breakthroughs are inspired both by his wife's coming death and through the sacrifice of animals used in his lab experiments. He is both a creator and destroyer, though he inarguably leaves the world a better place in the end.

I can definitely see someone hating this film; even at a mere hour and a half, it feels very long, due to its slow, lingering pace. It's entirely deliberate and mirrors the actual feeling of watching someone slowly slip away, which can understandably be exhausting and frustrating. It takes slightly too long to get to the real, core narrative and it masks the simplicity of its themes under layers of twisted plot that don't feel entirely necessary. Like every Aronofsky film I've seen (I haven't seen The Wrestler yet), it's often uncomfortable to watch, though in a far more mature, human way than, say, Requiem for a Dream or Black Swan. I'm not surprised to see critics almost evenly divided between enjoying this one and absolutely detesting it, but I think it's worth giving it a shot as long as you're willing to be patient.
Posted by surlaw at 1:03 PM