In the interest of getting myself back into writing reviews, here's a mini review of Persona 5 Strikers! I hope to be writing more of these in the future, but it's tough to balance free time between my day job, my game development work, and parenting. Let's see how it goes! 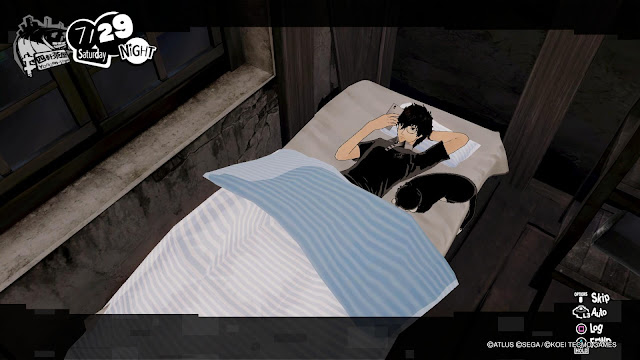 A direct sequel to 2016's Persona 5 with a completely different style of game play, Strikers moves from turn-based RPG to brawler. Just as stylish as before, but with a more empathetic story and stronger writing; there's less cartoonish villainy here, and more exploration of how unconfronted trauma can cause us to lash out in unhealthy ways. The previous title's themes of "those in power abuse their power" is still present, but we're asked to understand what makes people this way, even if we are not asked to forgive them.

There's also an examination of toxic fandom, which is the first time I've seen it discussed in a mainstream game. Online radicalization, unhealthy levels of projection, and the rejection of people that don't share your passion are major themes here from start to finish. There are also shades of gray here; one of the game's most interesting supporting characters uses fandom to escape from her own trauma in a way that's completely sympathetic.

Similarly, the game's look at police and police culture is realistically cynical; one of our new cast members is a police officer who directly tells the rest of the crew that it's a thankless job that grinds the goodness out of anyone with pure intentions. He got into the job to make a difference, but can't stand to look at himself in the mirror, acknowledging that the system is rotten from within and needs a dramatic overhaul. 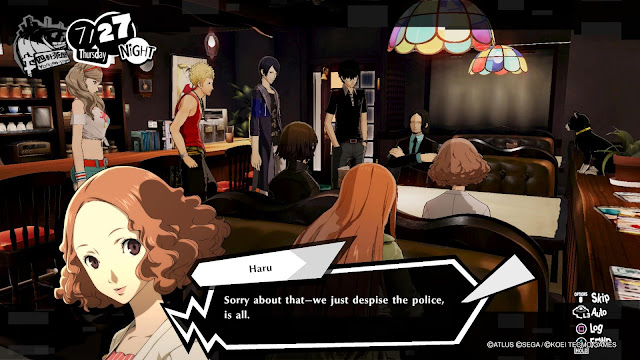 When you're not fighting off trauma monsters and brainwashed projections, Strikers is surprisingly light and comfortable. It's a road trip story with a group of friends touring Japan and eating everything they can, one last big summer excursion before everyone goes their separate ways. Funny enough, following more than a year of Covid isolation, THIS is the fantasy element I desire more than the larger super heroics. A month on the road with buddies, checking out restaurants and landmarks, sounds divine. The social dynamics are far simpler than Persona 5's, but the character interactions are lovely.

This is a much smaller game in both scope and length compared to Persona 5, but it works perfectly as a summer memories side story. The combat's fine, the boss fights are fun, and the dungeon layouts are pretty straightforward, making it a breezy game to play through vs. the marathon that makes up the previous title.

My only big criticism is that too many of the dialogue choices you're given are practically identical; being able to choose between "Yes," "For sure," and "You got it" isn't interesting. I don't expect large, branching dialogue choices, but it's fun being able to shift the tone of a conversation when you get a good one. When given the right opportunities, I picked the "Be a complete dummy and give away your secret identities" options every time. I also meowed. 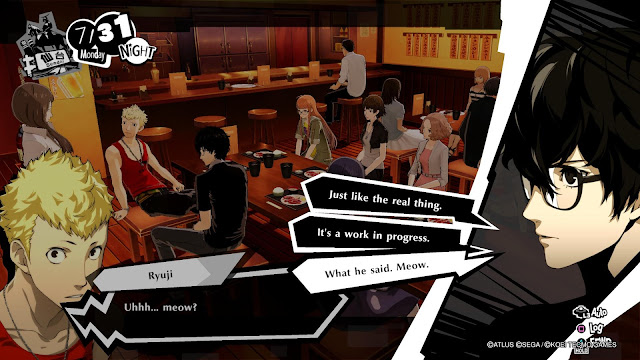