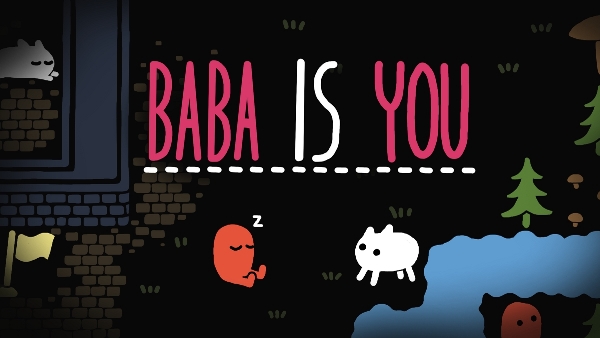 A puzzle game designed around learning and modifying the rules of the game world itself, Baba is You is an early front runner for one of my favorite titles of 2019. The art is simple but adorable, the concept is brilliant, and the feeling of satisfaction that comes from finally figuring out the connection that makes a seemingly impossible puzzle all fit together logically is matched only by 2016's brilliantly designed The Witness. Baba is Good. 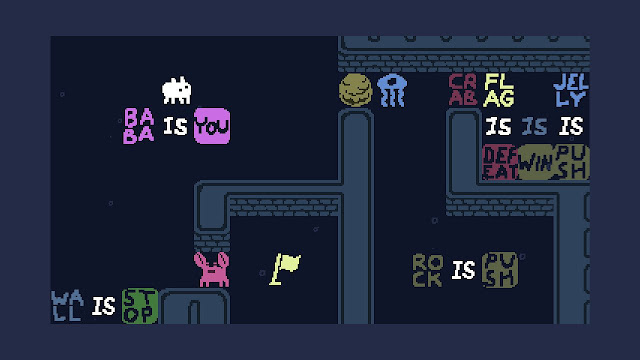 The game world is made of a series of objects and text phrases. You are (sometimes) Baba, a cute rabbit-sheep who can push words around to change their meaning, rewriting the game's logic on the fly. Is a rock blocking your path? Just get rid of that "is" in the phrase "Rock is Stop!" Need to get rid of some pesky trees? Try turning them into rocks! Maybe Skull is Death right now, but it won't be so scary if you replace that Death with Love.

The goal of most stages is to move a player character to a goal point, which is often a flag. Throughout the game you'll be able to redefine both the nature of the goal and the player, sometimes resulting in hilariously bizarre combinations. Sometimes you can set up combinations that lead to stages becoming completely out of control! 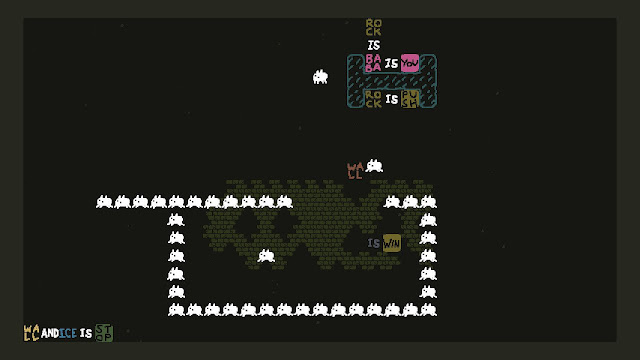 There's no punishment for screwing up, since players can press a button to rewind the stage as many steps as they'd like. This makes experimentation feel safe and easy, and you're never able to become entirely stuck as a result of your actions. There's always something new to discover and the game does a great job regularly introducing new terms and conditionals. It lends the game a programming/bug fixing feel that would translate well into educational software. 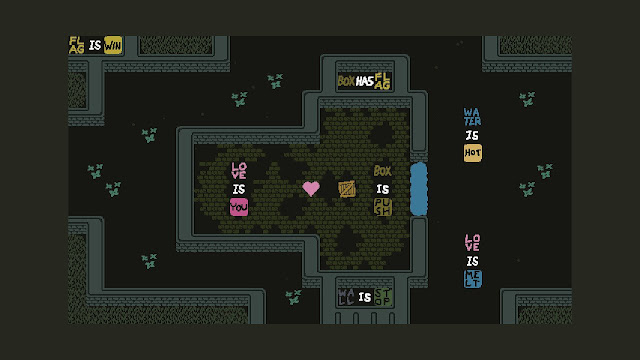 If I have any complaint about Baba is You it's that the game lacks enough mid-level difficulty stages. The initial puzzles are quite easy but the difficulty ramps up fast and there were many stages I was stuck on for ages. You don't have to solve every puzzle to finish the game, but levels quickly begin to include so many simultaneous rules that it's occasionally hard to follow. I wouldn't radically change these stages; instead, I'd rather just see additional stages that do a better job bridging the gap between the easy ones and the true brain twisters.


That said: The game's developer Arvi Teikari has done done a fantastic job updating it and modifying puzzles just slightly to make them friendlier, sometimes swapping stage order to make a little more sense. He posts extensive patch notes on his blog detailing every little change and it's wonderful to see that level of dedication to perfecting his work. 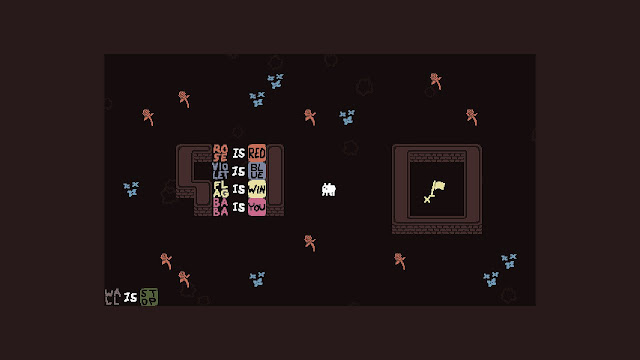 Baba is You is a lovely game and a ton of fun to play with someone else in the room thinking about the puzzles from a different perspective. At this moment it's the best indie game I've played so far this year and it will be a tough one to top.
Posted by surlaw at 4:49 PM