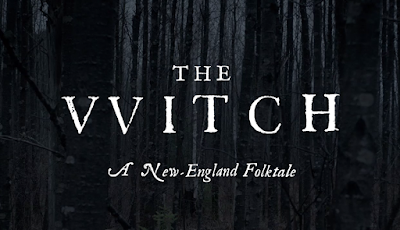 With a focus on slow, quiet horror in the 17th century American colonies, New England native Rogert Eggers's directorial debut is an amazingly effective film. Caught between the misery of pilgrim life in a time of exile and blight and the mystery of a dark and threatening forest, a family of seven finds themselves at odds among each other, with nature, and with God.


Much of the film's focus falls on Thomasin, a teenage girl with fond memories of her old family home in England, played exceptionally well by newcomer Anya Taylor-Joy. Family patriarch William (Ralph Ineson) leads his family from England to the new world prior to the events of the film, which opens with the family being exiled from their plantation due to an unspoken slight. We learn that William is a prideful man with an extreme devotion his Christian faith (in spite of his own cowardly hypocrisy,) and that presumably, his views are obnoxious enough to get him kicked out of a town filled with Christian pilgrims. Given what follows, it's hard to imagine that God is on his side.

In their new home on the edge of a forest, William and his wife Katherine (Kate Dickie) struggle to feed their five children and sustain their failing farmland. Thomasin is effectively the point of view character here, and the one whose private thoughts we most fully learn. Her younger brother Caleb (Harvey Scrimshaw) is protective of his family, while a pair of appropriately obnoxious twins spend most of their time harassing the farm animals, especially Black Philip, a black-furred goat who becomes as much a character as anyone in the family. The main drama kicks off when Katherine's recently born baby disappears while under Thomasin's watch, leading to a paranoid, family-wide crisis of faith. 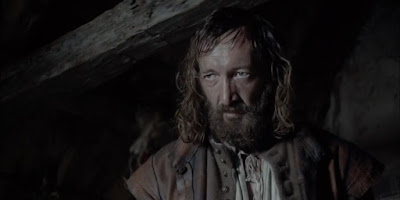 The film never shies away from the question of whether evil is real or not. Very early on, we see a ghastly old woman committing an horrible, violent act, and the question is never whether she's real or not, but rather if her violence is a natural psychosis or something supernatural. This too is a question that the film answers quite literally; there's no ambiguity here, and that's perfectly fine. At first I felt that perhaps the film could use some more mystery, but its nightmarish folk tale atmosphere actually works better with the film just bluntly stating that this is all real. 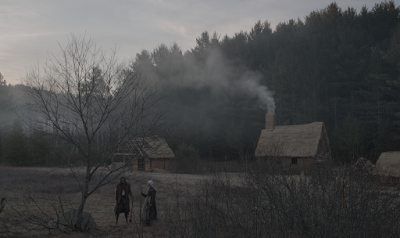 Atmosphere is the big draw here. From its jittery score to its magnificent landscapes to its always pretty cinematography (even when it's gruesome,) The Witch is a spectacular sensory experience. The story is straight-forward and the characters mostly archetypal, but the sense of dread that hangs over the film is so deliciously thick that it elevates it to another level. There's nothing wrong with effectively used jump scares, but this film uses its atmosphere and solid acting to create a continuous sense of discomfort, a sense that I was intruding, watching family affairs that I really should not be seeing. There's a sense of voyeuristic perversion to it, even in the film's innocent moments, that draws connections to Kubrick's version of The Shining more than any other film.


Major plot and ending spoilers ahead 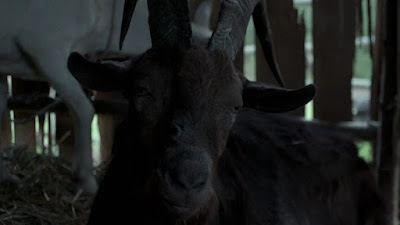 Shortly after their arrival at their new home, evil begins to prey on our doomed family. From crops failing to stillborn chicken eggs to a curse that falls upon Caleb, Eggers uses imagery associated with old folklore witchcraft to lead the family into darkness. We see an old, cackling witch, a beautiful, seductive young witch, and a smooth-talking Satan that makes an offer too good to refuse. Eggers works with old, well-worn folk tale concepts to give his film a sense of authenticity when some of these elements would seem very silly on their own in a more modern setting. In this, The Witch genuinely feels like the kind of story a God-fearing citizen actually living in 17th century would write. It's full of warnings about sin, Christian prayer, and a general Don't Go Into the Woods foundation.

The film shows an active, evil intent with its supernatural beings, but there's also a suggestion that if the family stuck together and showed kindness towards one another much of the tragedy could be averted. The baby's disappearance sets it all in motion, but if Thomasin had not been judged and attacked for the loss, the family could have found strength to stick together in a time of hardship. If her parents had not agreed that Thomasin should be sent to town and married off now that she's grown into a woman, Caleb would not have run into the woods with her foolishly, leading to his eventual demise. If the twins hadn't been such obnoxious dinks to Black Philip, maybe he wouldn't have let his witches kill them/spirit them away/turn them into goats. 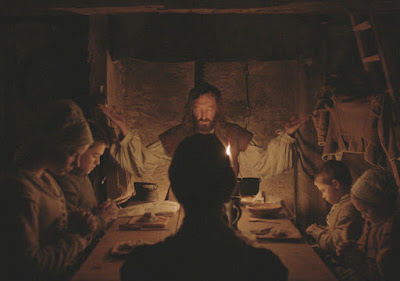 The taint of sin follows all of our characters, with William expressing vocally that his pride is his downfall. Caleb's is lust; he uncomfortably leers at his sister's body, and is led into the arms of a Sexy Death Witch in spite of trying to be Thomasin's white knight. He's functionally the same character as another Caleb, the one portrayed by Domhnall Gleeson in last year's exceptionally good Ex Machina. Katherine falls victim to violent wrath, both her own and that which falls upon her, while the lazy, slothful twins waste everyone's time gleefully. Thomasin is the most pure character in the film, in spite of being the one we see begging God's forgiveness for sin early in the film. She's true and authentic, and her anger comes from a place of righteousness and truth, rather than emotional outburst. Everything she says is, in one way or another, truth, either truth present or truth to come.

Katherine calls herself Job's Wife, and The Witch certainly feels like a Book of Job analogue: A man of God watches his family, his crops, and his home fall into ruin, but holds on to his faith. William's flaw is that he's an imperfect Job, as he lies to his family in order to cover up his own shortcomings. Unlike Job, William does not hold on to his faith in he face of final defeat, nor does he commune with God; instead he throws up his hands and gives up, allowing himself to die. Would his faith have saved him, had it been stronger? Or is evil simply too much for even a devout follower to withstand? The Witch is, essentially, a Book of Job where God loses the bet and Satan wins. 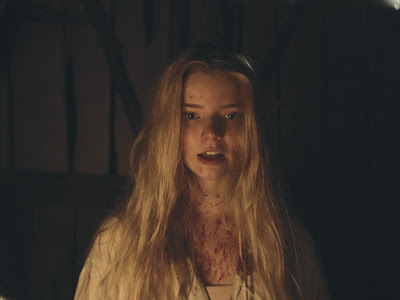 Thomasin, rather than William, is the one rewarded in a twisted way. As her family is taken from her one by one, Thomasin herself remains unharmed, aside from a fall from her horse that she quickly recovers from. Even when she's left alone in the woods, evil does not seek to do her harm. When Satan finally contacts her via Black Philip, she accepts his offer of delicious butter, fancy dresses, and world travel; after all, it's better than starving to death alone in the woods or returning to town and being killed as a heretic. He even allows her to see her sexuality as a natural, powerful form of liberation, as she throws off her clothes and happily crashes a naked moonlight dance party, in stark contrast to her parents' fear of her womanhood or her brother's skeevy lust. We know little of how the society of witches works in this film, but there's a sort of gruesome underlying idea at play that maybe Satan's Flying Witch Club actually IS a better place.

This is a movie made up of both classic witch imagery and iconic films: With the atmospheric familial suffering of The Shining, the colonial setting of The Crucible, the religious coming of age horror of Carrie, and the shifting paranoia of The Thing, The Witch is a story that's almost intimately familiar from the start, and yet plays with so much earnestness that it feels fresh and exciting. One of the best horror films in recent memory, and one that offers enough quiet sadness that it can appeal to people who aren't traditional horror fans as well.
Posted by surlaw at 11:50 PM