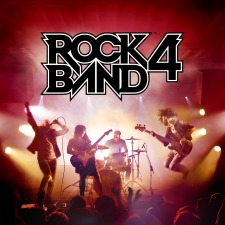 This review is based on software version 1.01 running on the PS4 using PS3 Rock Band instruments. My official drum set, guitar, and microphones work perfectly, while a generic third party guitar does not.

I've always enjoyed music/karaoke games, from the older Guitar Hero titles to Karaoke Revolution to Taiko Drum Master, but Harmonix's Rock Band series has always been my favorite. Five years ago in 2010, Harmonix launched Rock Band 3, adding a keyboard to its existing line up of vocals/guitar/bass/drums as well as vocal harmonies, a feature first introduced in 2009's Beatles Rock Band.  Rock Band 3 was the most thorough, well-designed game in the series, but came at a time when the market was already massively saturated with plastic instrument games.

The series faded, and weekly song DLC eventually ended in April 2013 with Don McLean's American Pie. Two years later, Harmonix announced a relaunch of the series on PS4 and Xbox One, and I was thrilled at the idea of more Rock Band content (I never got into the fan-made custom song community, though I greatly respect their work.) The newly announced Rock Band 4 would feature compatibility with almost all old DLC purchased on previous generation systems and, my favorite feature of all, vocal harmonies added to add existing songs, thanks to the folks at the Rock Band Harmonies Project. As a primary vocals player, I couldn't be happier. Now that the game's here, how does it measure up to expectations?

First off, before diving into what's been added, changed, and cut, I should stress that this is still the same old Rock Band it's always been. If you loved the old games, you'll love this one (unless your primary instrument was the keyboard, which has sadly been cut); if you hated them, #4's not going to win you over. But for long time fans like myself, there are a lot of little frustrations that drag the game down, even if, at its core, it's still a ton of fun.

To be completely blunt: Rock Band 4 feels incomplete. It doesn't feel like it was ready for launch, and a major patch scheduled for December 8th was announced before the game was even released. The character customization options are the most bare-bones the series has ever seen; you can't customize height or weight, so everyone has an identical body shape, you start with only four hair styles and can only unlock a few more, all clothing options are unlocked but there isn't a whole lot to unlock anyway, and you cannot customize any band members that don't currently have a human player controlling them. The character "attitude" selector from 3 is also gone, and you've got very few faces to choose from and no way to fine tune them.


It's a game that stresses individuality and creativity through its new Freestyle modes, where players can sing outside of the designated vocal charts or can freely play whatever notes they want during guitar solos instead of following a chart. I don't think these modes are much fun, but it's something new to try out for players looking for something fresh. The story mode has light Moral Choices, to make it feel like you're really guiding your band's fate, but they all come down to "Do I want to play a premade set list for more cash that I don't even need, or do I want to build my own set list?" In light of this focus, it's inexplicable to see the character creator so minimalist and boring.

The user interface here is a huge mess too. Entering text for band names or for searching is a pain, as players must page through every letter one by one (holding down a button does nothing) rather than navigate an actual keyboard. The same system is used for selecting colors when building your characters, and it just feels remarkably tedious. The song list is awkward to browse, with fewer sorting features than before, and no way to rate songs or remove songs you don't want to play, one of my favorite Rock Band 3 features.

Players can play individual songs of their choosing in Quick Play or play sets in other modes, but you can no longer build a traditional Quick Play set list. If you want to play a set, which you'll mostly do in story mode, your score multipliers carry over between songs; because of this, no high scores are saved when you play a set. There's no practice mode, no online play, and no challenge modes to play. Band cutscenes in story mode are all text and still pictures, so you don't even get the brief animations of your people chilling together in between songs any more.

The game looks fine, aside from some visual oddities where your people look kind of weird, but there's often slowdown and screen tearing on the note charts when I start a song with at least three band members. It resolves itself after a few seconds and doesn't happen for the rest of the song, but it really shouldn't happen at all.

When you're playing around in story mode sets, you sometimes get to vote on a choice of four songs, sometimes specific, sometimes vague, with titles like "A song with a female vocalist" or "Something from 1977." I actually really like this system, even if I wish I could veto certain tracks entirely. It's a nice system that helps you rediscover songs you may not have touched in years. Another new addition I really love is a countdown function that displays when  your instrument of choice isn't currently playing, helping you know when you're about to jump back in.

I greatly appreciate the work Harmonix has put into making old DLC available. I've loved playing my old songs with new harmonies, even if not all songs are available yet. Rock Band 1, 2, 3, Lego, and Green Day disc songs are unavailable, but will be coming later. Rock Band Blitz, weirdly, works if you go back into it and play a song on your old system and then go back into Rock Band 4 after you've started playing 4. Doing so added all of those songs to my My Items menu on the PS4 dashboard. There are almost 2000 songs available, so I understand that they're not all going to work perfectly at launch.


What isn't acceptable is the baffling lack of sorting in the store. You can browse by date, artist, title, and difficulty, but cannot browse by songs you already own, quickly jump to related songs, and the recommended tracks section is a step down from Rock Band 3's. Songs previously owned are (mostly, some aren't displaying properly) marked as Free, but you can't search by this (sorting the PS4 store by Free items does not work) so have fun scrolling through a list of 2000 songs and selecting them one by one to redownload. Half of them won't even work after you claim them; you'll need to go into the Playstation Store and search by name to find and download them. I understand that there isn't a way to just click one button and redownload everything, but did no one think for a second that a "sort by free songs" option would be helpful?

The 65 track on-disc song list is a mix of recent songs and older standards, and includes heavy hitters such as Elvis, Van Halen, and U2, making their Rock Band debuts. I like a little under half of the song list, so I'm satisfied, even if most of the modern stuff isn't my style, and that's coming from someone who likes a lot of modern pop and hip hop. Dark Wheels' V-Bomb has the honor of being the worst song in the game, and is in the running for all-time "Worst Song on a Rock Band Disc."

As it stands, Rock Band 4 is a very fun game that feels good to play, but there's really no reason to buy it right now when you can play Rock Band 3. Once more new songs are available, and if new features, more robust options, and a less asinine interface are patched in, 4 will be a good choice, but right now, if you're into the games for guitar, drum, and keyboard play, you're better off sticking to the previous game. My wife and I largely use Rock Band as a fun, pretty karaoke machine, so for us, the vocal harmonies on every track justify playing Rock Band 4 over 3, but for just about everyone else, there's no real reason to upgrade yet. Harmonix has said that this game will establish itself as a platform to last this entire console generation, so let's wait and see if they can put together a more solid product in the months and years to come.
Posted by surlaw at 4:59 PM