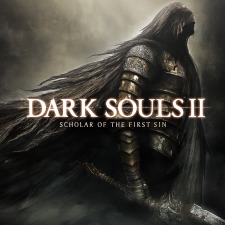 From Software's 2014 follow up to Dark Souls was a solid game with a few disappointments when compared to its predecessor and to 2009's Demon's Souls. Dark Souls II presented a much larger, but less focused, world with a handful of great boss fights but a multitude of mediocre ones. It took a few steps forward and a few back, and while it was one of my favorite games of the year, I never found it quite as compelling as the previous title.

With Scholar of the First Sin, From gives DS2 a new injection of life, with all of the previous game's DLC areas included, a major rebalance, new enemy layouts that feel much more well designed, new secrets, a new NPC, and a new final boss and ending that can be found under the right circumstances. For the PS4 and Xbox One versions, the game now runs in 1080p and features some pretty new visual effects, along with a much nicer lighting engine. Dark areas lit by torchlight finally look right and aren't washed out and messy. The frame rate's higher and and the game's clearer, making it a much nicer visual experience, even if the character models are sometimes still kind of clunky.

Click here for my original Dark Souls II review. The basics still apply, but for the Scholar of the First Sin review, I'm more interested in looking at what's different. And be sure to click here for more screenshots; I took a ton of them in this game. 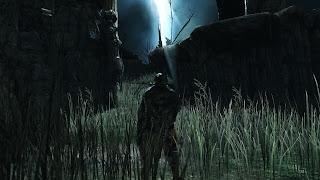 I picked up Scholar of the First Sin shortly after completing From's newest title, Bloodborne. Bloodborne is a much faster game focused entirely on evasion, stunning enemies with counter attacks, and close, intense combat. It was a little weird getting back into the Dark Souls style of game play afterwards; being able to block attacks with a shield, sniping enemies with bows, and having far more magic easily at my disposal makes it a completely different game. I'm very happy that the two games are, in spite of clearly sharing the same blood, so different from one another, and while I enjoyed Bloodborne more than Dark Souls II (though less than the original Dark Souls) it really is its own beast. I definitely recommend both. 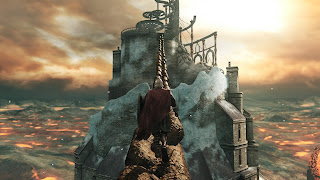 One of my favorite parts of these games is the online cooperation, where needy players can summon others into their world to assist with stages and bosses. This is one of the few places Bloodborne fell short. In the other games, players leave summoning signs and are recruited to that spot in the game world once a summoner finds them. Bloodborne allowed you to be summoned into another player's game no matter where you were, leading to a lot of frustration when I'd be summoned into a world where I struggled to even find the person who called me. Sometimes I'd never find them at all, and have to leave. I eventually gave up on assisting in stages, and only bothered to stand outside of boss doors waiting for a summon to call me in. 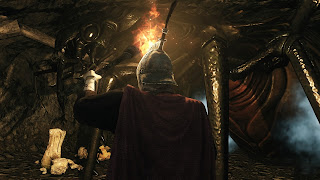 With Dark Souls II, I enjoyed assisting other players, and Scholar of the First Sin seems to have greatly improved on the original version's netcode. In most areas, I get summoned almost immediately, and rarely ever experience disconnections. I've seen very little lag while assisting, which is another issue that cropped up in Bloodborne. In spite of the PS4's smaller user base than the PS3, I never had trouble finding plenty of people to play with, and I put more hours into cooperation in this installment than any other of From's Souls games. Purely going by its stage design and encounters, Bloodborne is a better game, but when it comes to having fun online, Scholar of the First Sin beats it handily. 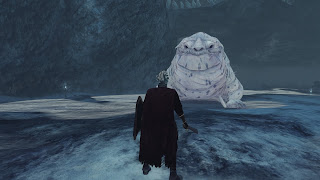 While the game's art design is still sometimes questionable and its world layout is still mostly nonsense, the new lighting and more intelligent enemy layout makes is a true improvement over the original version's and gives Scholar of the First Sin a more solid atmosphere. I had never played the DLC areas in the first version, but their inclusion here is welcome; all three are large, present their own unique puzzles and stage gimmicks, look nice, and have tough, memorable bosses. These are the most challenging areas of the game by far, and it's a shame the rest of the game wasn't as tightly designed as these three zones. Still, if you can get beyond the more sloppily designed parts of the game, the new areas are a welcome reward, especially for players like me who skipped them the first time. 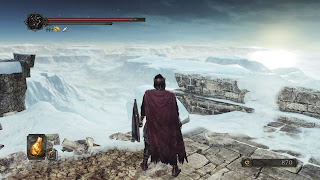 Without going into plot specifics (and there aren't a lot of them that matter anyway), players now get to choose between two endings after completing the game if they successfully encounter the new, optional final boss. As is typical in these games, the endings are abrupt and don't tell you a whole lot, but even just being able to choose between the two felt good and made me feel more involved in the game's world, rather than just being railroaded into my destiny. The new NPC that guides you to this new content is fascinatingly weird in a way that feels more like the first Dark Souls, and while the new final fight isn't a major challenge, at least it's better than the original version's finale. 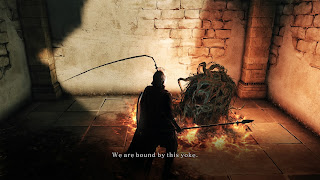 From Demon's to the Dark Souls duo to Bloodborne, Dark Souls II has by far the weakest plot. There's still a lot of fun lore to dig through in its NPCs and item descriptions, but I never really cared about what was happening to the world. It's especially evident now right after Bloodborne, where I was completely sucked into its world and the insanity that was ripping it apart, even when I wasn't exactly sure why it was happening. The new content beefs it up a little, but Dark Souls II's still not a story I really care much about. That, coupled with some lazy theming in some areas, remains the game's weakest element. 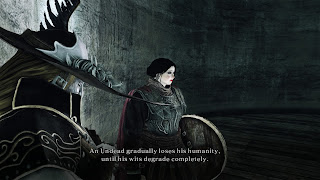 In the years I've been playing these games, I've found the most blasphemous thing a fan can say is, "I like them all." There's always one installment that seems to rub people the wrong way, and it's always a different one. While I certainly have my preferences, I honestly do think they're all very good games, and Scholar of the First Sin makes the already satisfying Dark Souls II that much better. If you absolutely hated the original version, it's not going to win you over, but if you liked it at all, there's a lot to appreciate here. I'm still a little baffled at how hard they reduced the strength of some magic spells and miracles, some of which went from hilariously overpowered in the original release to horribly underpowered here, and I wish a few bosses had been totally revamped, but overall, I'm happy with the changes From made and hope the game has a long, healthy online life. 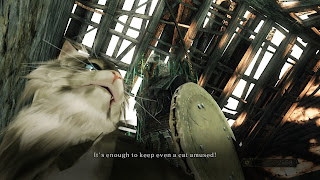