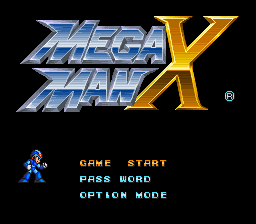 Mega Man X is the first installment of the popular Mega Man spinoff series of the same name. Released in 1994, it was the first 16-bit Mega Man adventure, and would eventually see seven direct sequels of its own, an RPG based on its storylines (2004's Mega Man Command Mission), and its own spinoff franchise, Mega Man Zero. Written by longtime Mega Man designer Keiji Inafune, Mega Man X retains the basic formula of the original series while offering faster game play, more dramatic player control, and a more serious storyline. Looking back on it twenty years later, how well does is stand up today?

Click here for a complete gallery of screenshots taken during my play through of this game on the Wii U.


The first three Mega Man X games were recently re-released on the Wii U Virtual Console, so I decided to take a look and see how things fared with these games years after I last played them (I don't believe I ever completed much of X2 or X3.) I'm happy to say that the original Mega Man X remains a well paced, tightly designed platformer and that its sound track is really something spectacular. 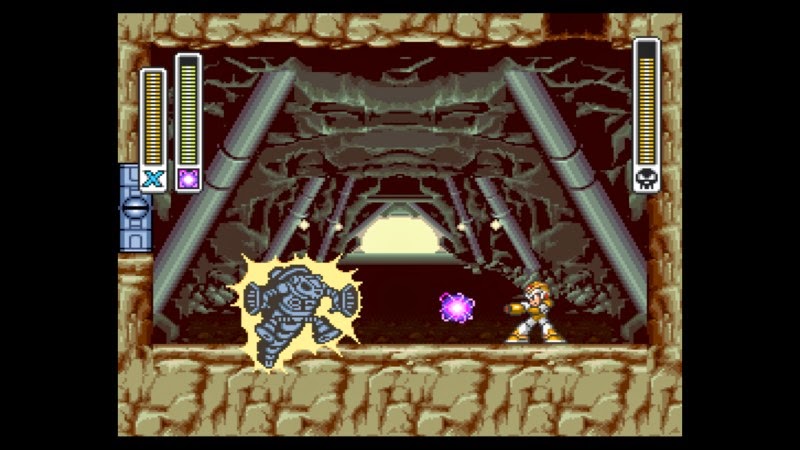 Following the same pattern as the original Mega Man series, players face off against eight stages full of deadly robotic enemies in any order they please, gaining new powers after defeating each boss. Players can upgrade X with four armor upgrades to enhance combat and maneuverability, as well as a hidden upgrade that teaches him Street Fighter's famous Hadouken fireball. It's almost essential to play Chill Penguin's stage first, as it gives you an upgrade that allows X to dash quickly 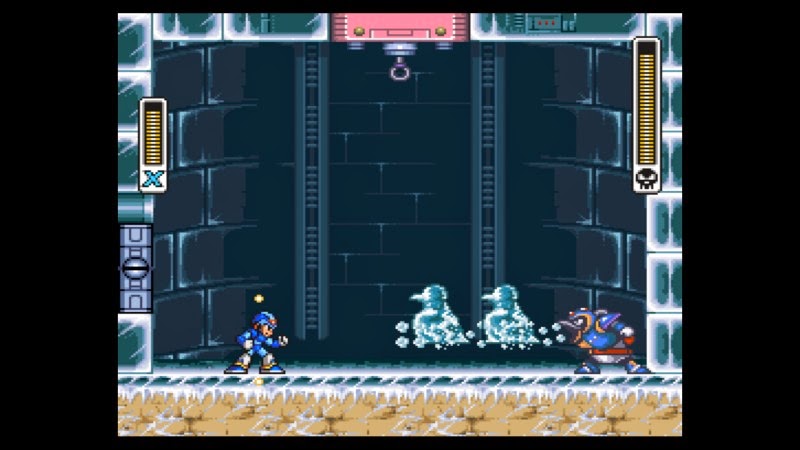 The stages are short and their secrets are mostly hidden away in ways that aren't too obtuse. Some are annoying to reach, but aside from the Hadouken, nothing's too ridiculously hidden. Since the stages aren't too lengthy, it's fun to replay them a couple times each to find any upgrades you might have missed. 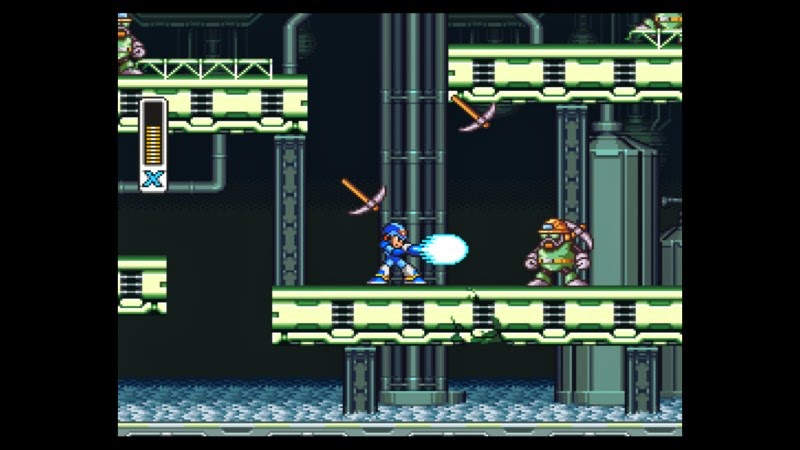 For the most part, the game's stages are extremely easy compared to those of the original series, and don't become challenging at all until the final set. The last boss is especially obnoxious, since it's a tough fight preceded by one moderate boss fight and one easy but time consuming one, and you've got to repeat the whole set each time you die. If you use up your special weapon ammo during these fights, you'll need to grind in the area before the boss to replenish it. It's a very sudden difficulty spike that the rest of the game doesn't prepare you for at all, and I wouldn't mind it at all if I didn't have to repeat the whole sequence every time. This isn't something new to the Mega Man series, but the rest of the game leading up to it is so much easier than the usual Mega Man games that it makes it feel worse. 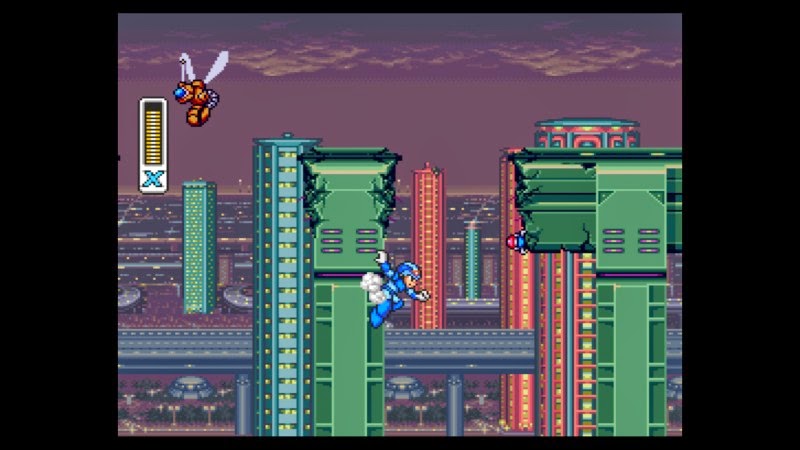 The only other issue I've got with the game, design wise, is that there's a pretty severe lack in enemy variety, even if all of the enemies are fairly fun to fight. The end credits give them all different names, but the same few enemies pop up in most of the game's stages, rather than each stage's foes being themed specifically to that stage. They don't even get palette swapped. It's not a huge deal, but it feels cheap. 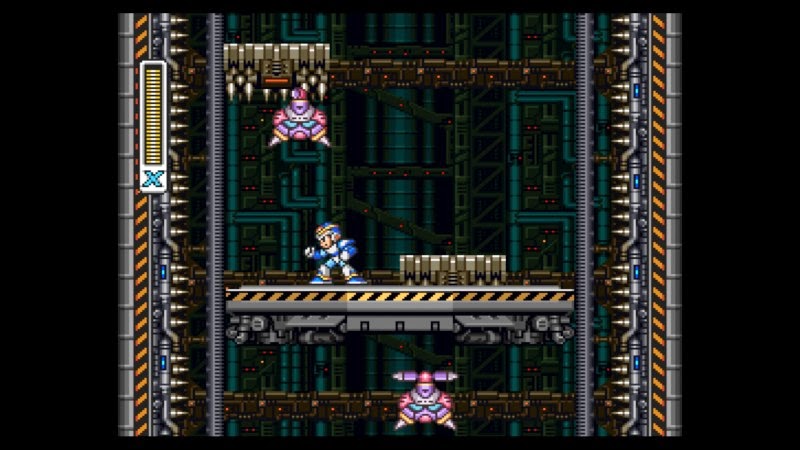 The Mega Man series had never been heavy on plot up to this point, but Mega Man X marked an attempt to change this. There are now brief dialogue scenes throughout the game featuring X, his new Cool Guy Buddy Zero, and a purple Boba Fett clone named Vile who makes life hard for X and Zero as they search for the secret base of Sigma, who commands the evil/corrupted Mavericks, robots (Reploids) that have gone bad. 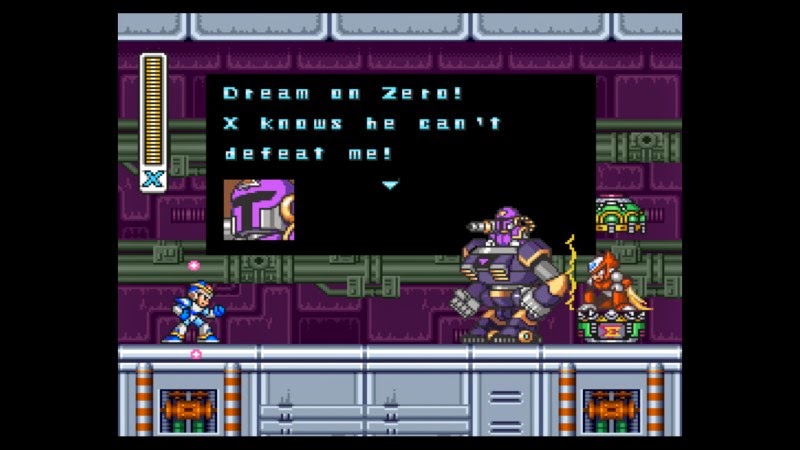 There's a lot of dialogue about how sad and insecure X is, lots of heroic posturing by Zero, and lots of vague threats by the villains. I know it has its fans, but I never really cared about the story in these games as a kid, and going back as an adult, it just seems like it's wasting my time. The writing's not good enough for the emotional beats to even come close to working, and it's not campy or fun enough to just enjoy it for the silliness. The best thing I can say about the game's story is at least it's easy to skip through and ignore. 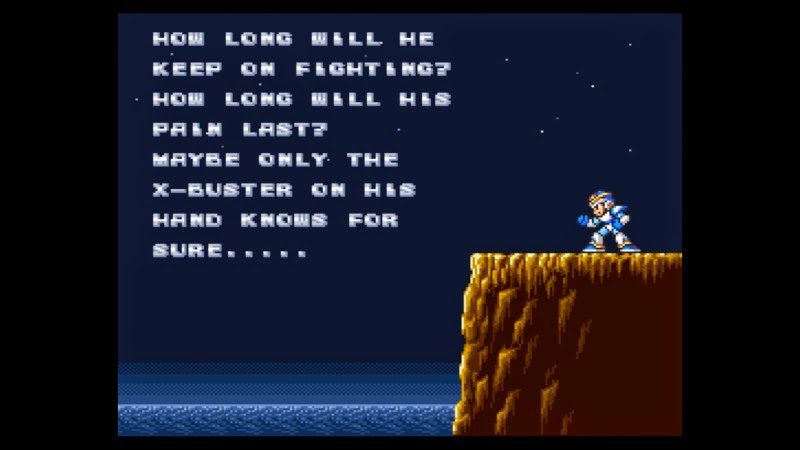 Aside from the unnecessary story and the weird difficulty spike at the very last moment, Mega Man X remains a strong game that deserves to be played by any 2D platformer/shooter fan. The control, the sound design, and the graphics have all aged very well, and it's got some great stage design. I'm looking forward to playing the next three games in the series, but for my own good, I should probably stop after X4.
Posted by surlaw at 9:46 PM