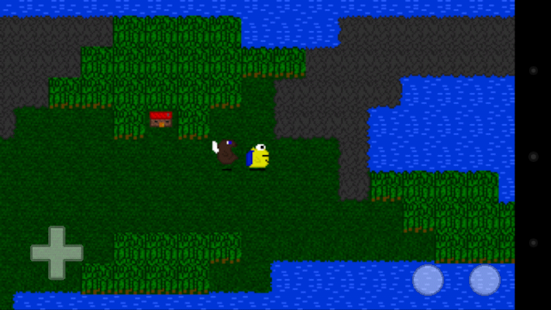 Walthros, the first game I ever made, is now free for download on Android. This one goes all the way back to 1998 and it's really rough and messy! Give it a look if you like Final Fantasy style RPGs or walruses.


Everyone's lived the old RPG standard of gathering crystals and fighting mysterious monsters, but have you ever done it... as a fish? Bob Surlaw and a whole host of mutants embark on a quest to save the world. Features 9+ hours of gameplay.

First released on DOS in 2000 and made with the OHRRPGCE engine, Walthros is back for a whole new generation of players! Featuring its original 8bit-styled graphics and storyline, Walthros has been enhanced with higher quality music and touched up dialogue.

Walthros is an alien planet inhabited by lifeforms that resemble animals from Earth. At some distant point in the planet's history, there was a great conflict that ended when a legendary hero unleashed a power that destroyed most of the known world. Thousands of years later, life has largely recovered. Unfortunately, old conflicts have been reborn, and war continues to rage. Players take the role of Bob Surlaw, a Walthrosian Fish who makes a living as an explorer of ancient ruins. His journey begins when he leaves his home one morning to explore a nearby shrine that has long been sealed. Inside, he finds an angry spirit and a piece of an ancient relic.
Posted by surlaw at 10:05 PM