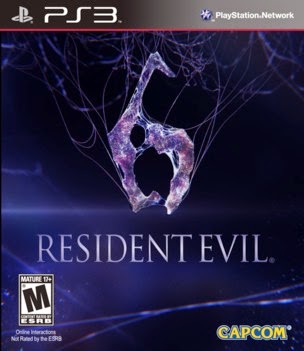 For all of their clunkiness, dated gameplay, and awful writing, I still enjoy the old Resident Evil games. I know that nostalgia is a large part of that, but these sometimes scary, largely corny games really nail the feeling of playing through a b-movie unlike almost anything else. In 2005, Capcom attempted to retool the series, and after years of shaky development, released Resident Evil 4, a game that remains the high point of the series and actually holds up well today. It blends the series' horror and humor in a more self-aware but rarely winky way while standing up as one of the most finely designed action games of its generation.

Four years later, Capcom would release Resident Evil 5. This 2009 installment further moved the series away from horror and more towards over the top action movie craziness while adding a huge change to gameplay: The addition of an always present partner character, controlled either by another player or by the game's AI. This massively shifted the way the game plays, but RE5 retained the tightly designed combat, bosses, and stage design that made RE4 work so well. It's not as good as its predecessor, and it's got some pretty uncomfortable racial imagery, but I'm still a big RE5 fan. It's a different take on the series, but it does what it sets out to do well. 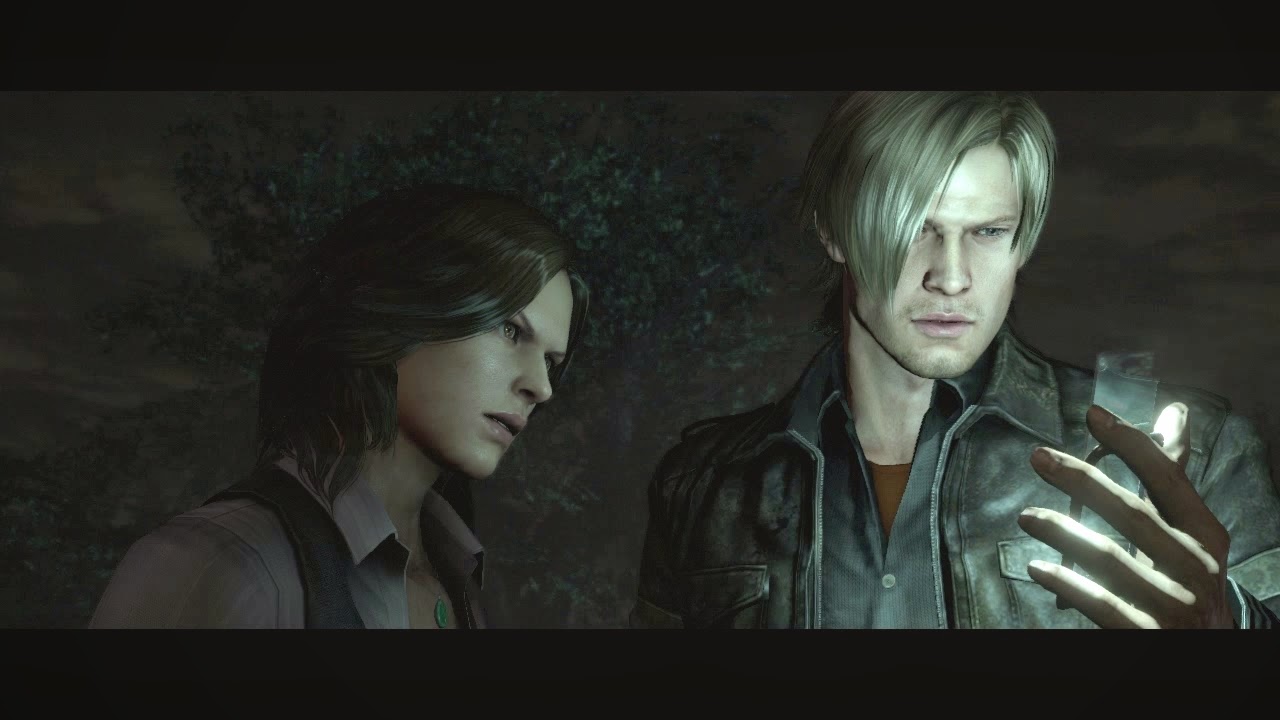 This all brings us to October 2012, with the release of Resident Evil 6. This is director Eiichiro Sasaki's first time at the wheel of a mainstream Resident Evil game, after previously directing the two Resident Evil Outbreak spinoffs on PS2. There's tons of fan service here, as a whole lot of characters from past games come together for a big, globe-trotting adventure, giving audiences a story that no one has any reason to care about if they haven't played all of the previous games. Even if they have, it's still a pretty boring story. I'm not opposed to playing the nostalgia card, and I'm not opposed to huge changes to a series I enjoy. The problem with Resident Evil 6 is that it's an awkward, terribly paced, bloated game that isn't fun to play. 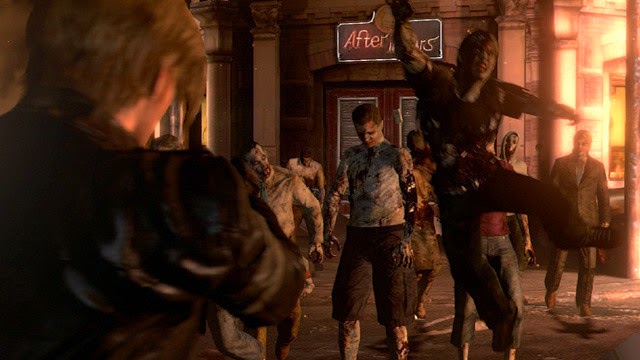 RE6 expands from one storyline to four concurrent stories (three selectable from the start, one unlocked after completion) that occasionally intertwine and ditches the "tank controls" that made RE1-3 clunky but serve RE4 and 5, with their close, over the shoulder camera, very well. Now, players can more freely move about, shooting zombies and not-zombies while also employing a series of melee attacks tied to a stamina bar. The combat and pace of the game has changed greatly from RE4/5, but the same camera is kept, resulting in a very uncomfortable mess that doesn't play well at all with the game's controls, especially since it's more about fighting gun-wielding enemies than ever (the worst parts of RE4 and 5 become the norm here.) If it were a pure first person shooter or used a further away third person camera like Dead Rising, RE6 might just work. 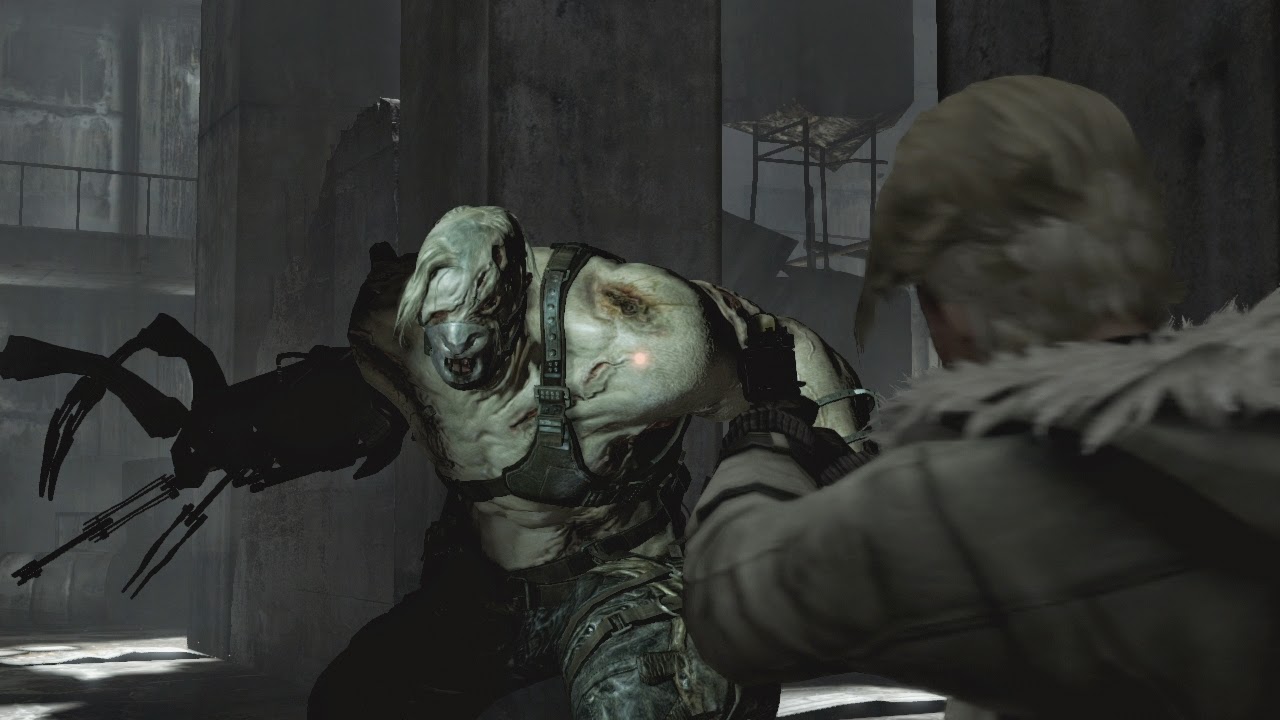 Each of the campaigns have a different focus. Resident Evil 2/4's Leon Kennedy is back with the most traditional, zombie filled storyline. Resident Evil 1/5's Chris Redfield's story is a poorly made shooter that tries to ape the set-piece heavy, non-stop single player campaigns of the Call of Duty games and tries to tell a story about PTSD. The third major storyline follows Sherry Birkin, the little kid that players rescued way back in Resident Evil 2, as a grown up government agent who looks and sounds a lot like Resident Evil 4's Ashley Graham (Just to make an awful game worse, you can unlock a sexy version of the costume she wore as a child in RE2.) She is protecting a man named Jake Muller, who happens to be the son of series ham Albert Wesker. Jake isn't nearly as funny as his dad. Finally, we get a story about Resident Evil 2/4's Ada Wong, complete with some nonsense about evil clones that I can't bring myself to care about. Instead of one well designed campaign, RE6 offers three thoroughly mediocre ones and a bunch of bonus modes. 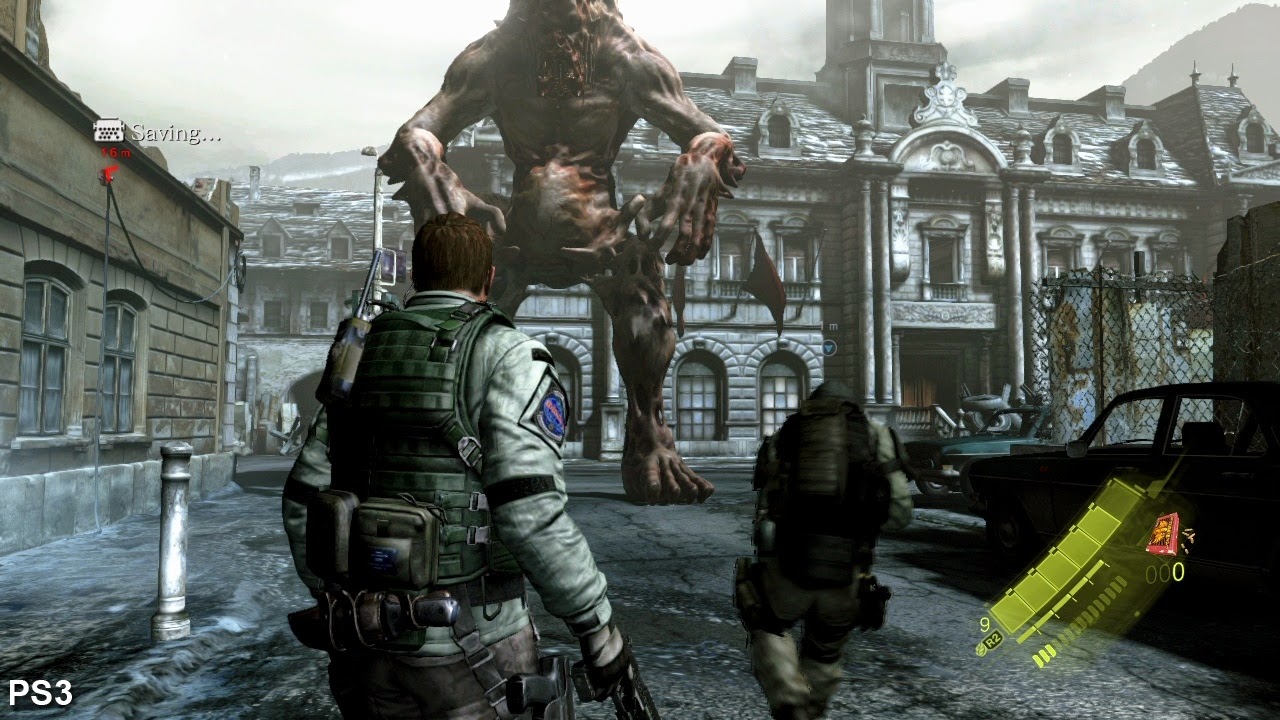 As a disclaimer, I didn't finish the game. I played through all of Leon's campaign, a good chunk of Chris's, and about an hour of Jake and Sherry's. The game's chapters are long, bloated, and messy, and each feels like it goes on forever. By the time I was done with Leon's campaign alone I felt wiped out and unwilling to put much more time into the game, and I'd only given it eight hours of my time. Resident Evil 6 marks the first time I haven't enjoyed a mainline Resident Evil game, let alone finish one. The combat (especially against enemies with guns) just isn't fun, there's no exploration worth mentioning, bosses are huge bullet sponges, the skill upgrade system is completely uninteresting, and there's an incredible number of "hit the control stick back and forth" Quick Time Events that become awful by the end of the very first hour. There are also some horrendous underwater sequences that shouldn't have made it past testing. 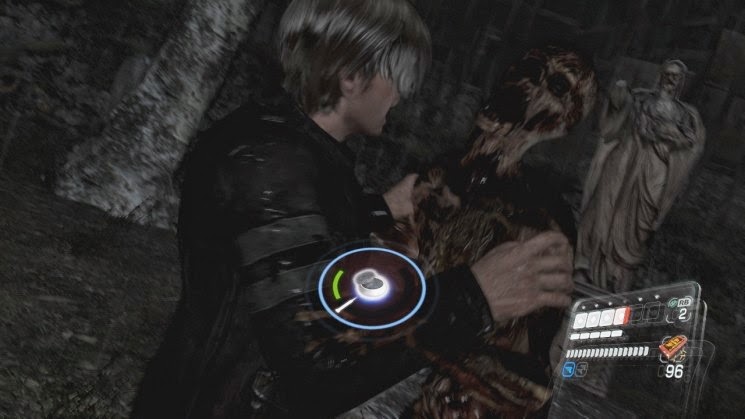 I've really got nothing positive to say about this game outside of its visuals. Resident Evil 6 looks very nice, with some really great looking characters, but it's hard to appreciate it when the game design is so boring. In RE5, you had to worry about your partner's ammo and healing items. In RE6, your partner is invincible, has infinite ammo, and infinite healing supplies to pick you up if you're injured. On Normal difficulty, there's almost no chance of dying outside of instant kill moments or failed Quick Time Events. Your partner will revive you almost immediately and with no cost, but will still perform poorly in combat. It would work better with another person, especially if played split-screen instead of online, but I can't imagine subjecting my friends to this awful game when there are so many better things we could be doing. 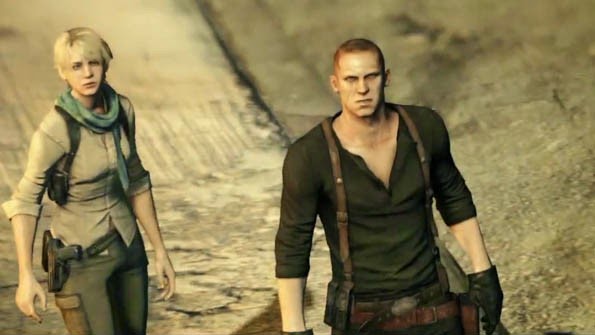 I don't really get how this game happened. It's a bigger budget, larger scale game than any Resident Evil that came before, but it manages to control worse, have worse pacing, and have far worse design than the last two games, both of which were extremely well made. Resident Evil 6 is more than just a step back for the series; it's a headlong fall down a flight of stairs. There's still some delightful campiness present (I love that Leon's partner Helena can jump into the air and elbow drop downed zombies), and again, it looks very pretty, but my desire to try another new RE game died pretty hard here. I can't imagine how the hundreds of people at Capcom who worked on this game managed to put it out without realizing "nothing here is fun," and it's proof that more content isn't always better. There are ports of RE4 on just about every system now, with more to come, and RE5 is easy to find cheap. Pick up either of those games instead and ignore this one, and hope that there's a massive shakeup at Capcom before anyone involved in this game tries to make another one.
Posted by surlaw at 8:28 PM