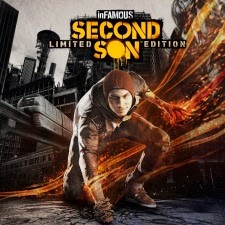 Super hero games are big business, from the countless mediocre movie tie-ins to the well crafted, extremely popular Batman: Arkham series to the ridiculous satire of Saints Row IV. While it's always fun to play around in a familiar setting (even when the game's not great), it's refreshing to see large scale games centered around a newly created world, something Sucker Punch Productions did when they launched Infamous for the PS3 in 2009. The game was well received and got a sequel in 2011, closing off the story of Cole MacGrath,the hero of the first two titles. With 2014's Infamous: Second Son, the series moves to the PS4, to the west coast, and to a new hero, Delsin Rowe.


Set in a near future version of Seattle, Second Son opens seven years after the events of Infamous 2. Conduits, people of this world with the ability to absorb energy and redirect it as super powers, have been politically labeled Bio-Terrorists, and have been rounded up and thrown into a massive prison by the Department of Unified Protection. Brooke Augustine, a Conduit with the power to control concrete, leads this organization with ill-founded but very believable motivations. She makes for a good antagonist and is ruthless without being unbelievably evil as too many video game villains are. 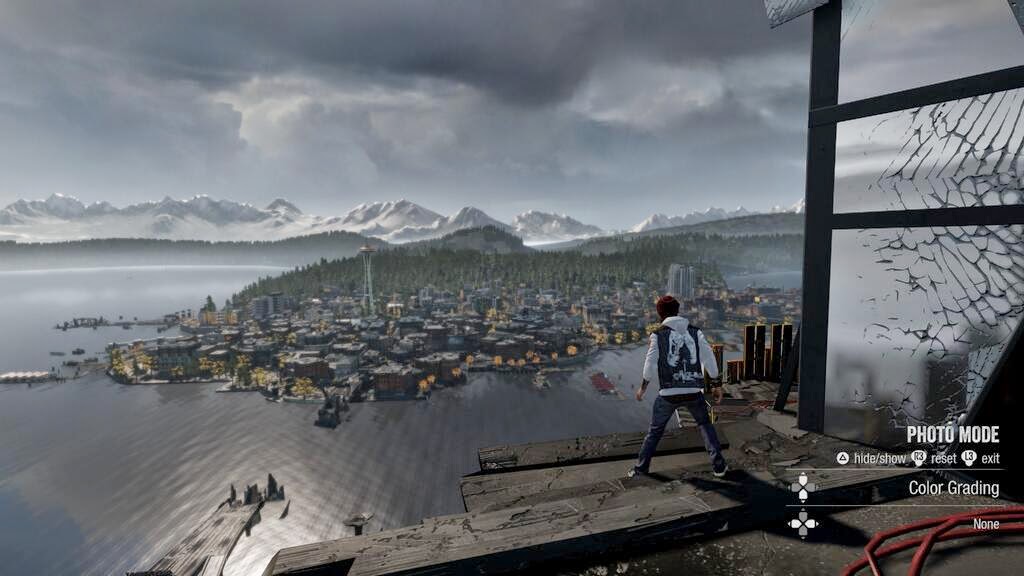 When the game opens, Delsin is a delinquent, drifting around spray painting over a banner promoting his brother Reggie, the local sheriff. After an accident involving some escaped Conduit prisoners, Delsin learns that he has the ability to copy the powers of other Conduits, similar to X-Men's Rogue. He starts out with powers based on smoke and eventually gains abilities based on neon lights and video screens. The latter two are ridiculous in a fun, silly way and make for some fantastic visuals. Most of Delsin's abilities involve various forms of shooting energy, flying, or fast movement, and running up and down the sides of tall buildings in Seattle while leaving behind a glowing neon trail never gets old. As the game progresses, players choose whether to take Delsin down a heroic or villainous path. 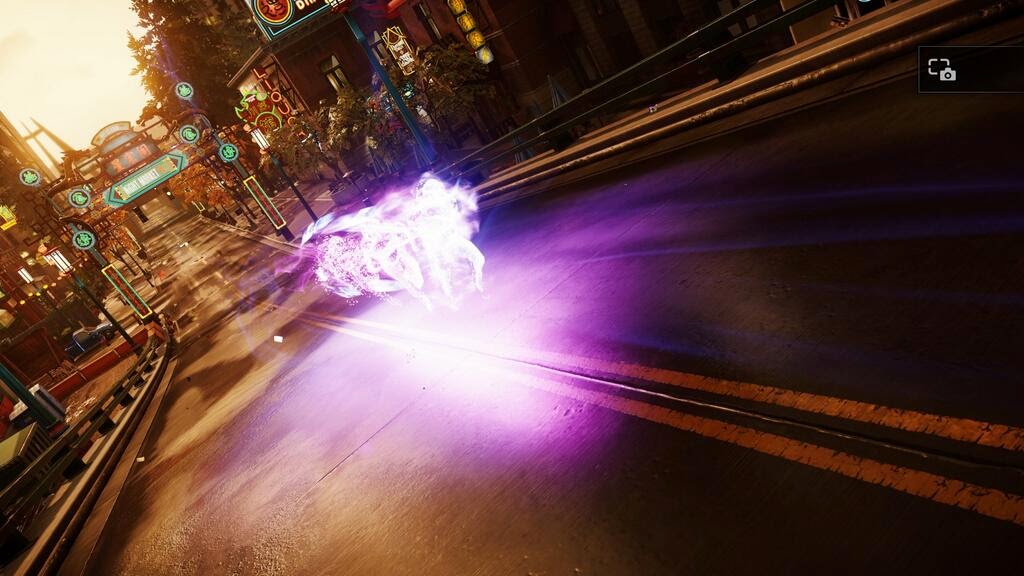 Delsin and Reggie play well off of one another. The game's dialogue and acting is generally higher quality than in most games and does a good job balancing silliness with more serious moments. The game never takes itself too seriously, but never gets as cartoonishly goofy as the original game's hero encountering his time traveling alternate reality self. The more grounded story is reflected in the move from the fictional cities of the first to games to the real Seattle found in this one. The cast is small but well developed, though some story elements don't mesh well if you choose the evil path in  the game's various ham-handed Moral Choices (Reggie really wouldn't be joking around with Delsin in a scene immediately following Delsin burning down civilians at a protest.) If you follow the good path, the story flows very well and is short but perfectly paced. 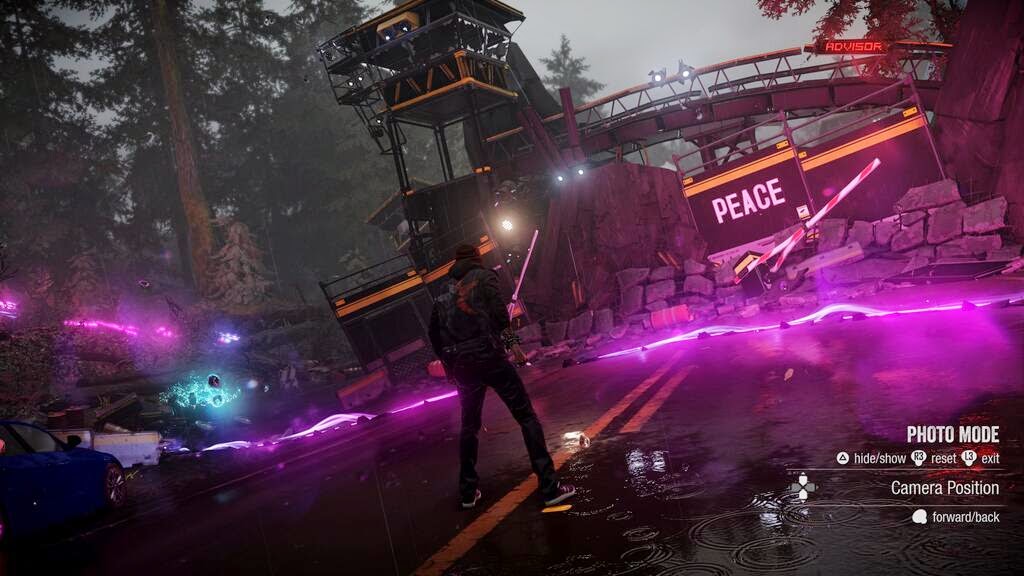 It's good to see a non-white hero in a game whose story focuses on liberating an oppressed minority. While the first two games deal with themes of oppression and alienation too, it's less effective when Cole looks like every single other male hero of the PS3/360 era. Delsin is a Native American who at first shrugs off his heritage as both a member of the Akomish tribe and as a Conduit before growing up and learning to take responsibility (while still spending plenty of time being a dumb, smug kid.) His character grows believably over the course of the game, and there's no big last minute twist that undermines any of it. Second Son's biggest strength as a game is how well it's paced, with no minute of story feeling like a waste. The only real problem there is that cutscenes are unskippable, which really mars a second playthrough. 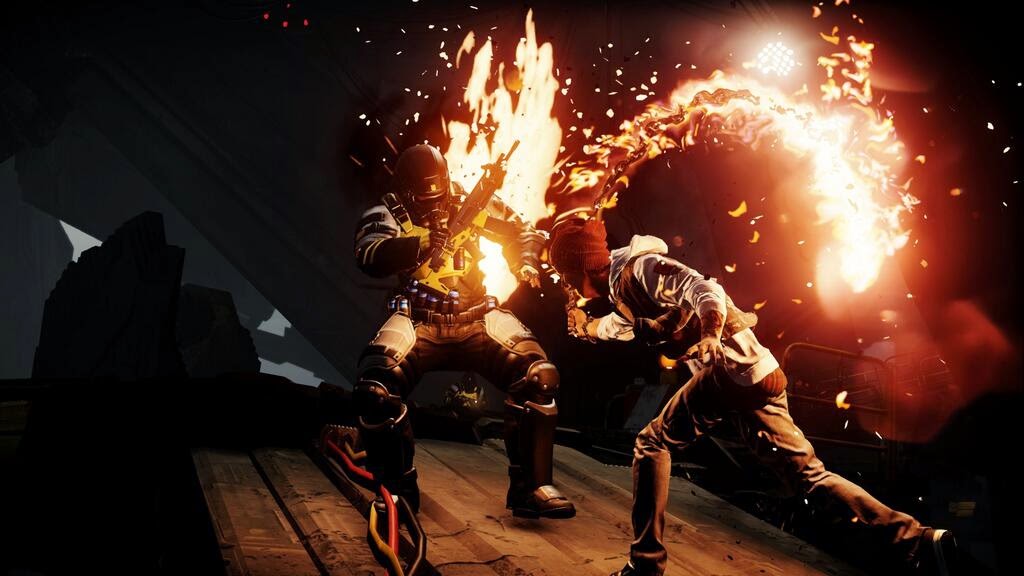 When you're not progressing through the main story, there's plenty of side content to chase. Players can clear DUP forces out of Seattle's various boroughs, tag walls with spray paint (the controller's internal speaker is really wonderful here), pursue undercover DUP agents, bust drug dealers, or torment civilians. That final one is at odds with how the game's written, even when you're making Bad Guy choices, and probably shouldn't have any reward associated with it. 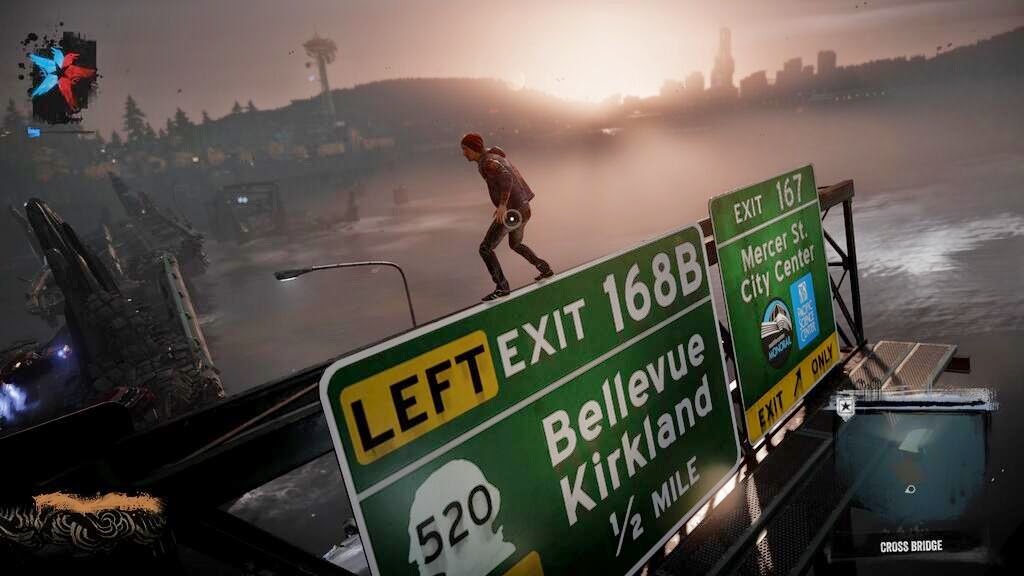 Second Son's the first PS4 game to really show off the system's power. The world is large and seamless, and the only load time is when you first start the game. Wet roads look beautiful, the lighting effects of the world's neon elements is gaudy and great, and there's some really nice reflections visible in the game's surfaces. Its frame rate is generally around 60 frames per second, with drops during more intense battles, but nothing that bothered me at all. Players who prefer a completely even experience can go into the game's options and lock the frame rate at 30 frames per second, which is a really nice option to see. The sound design, from its music to its use of the controller's speaker, is also quite nice. 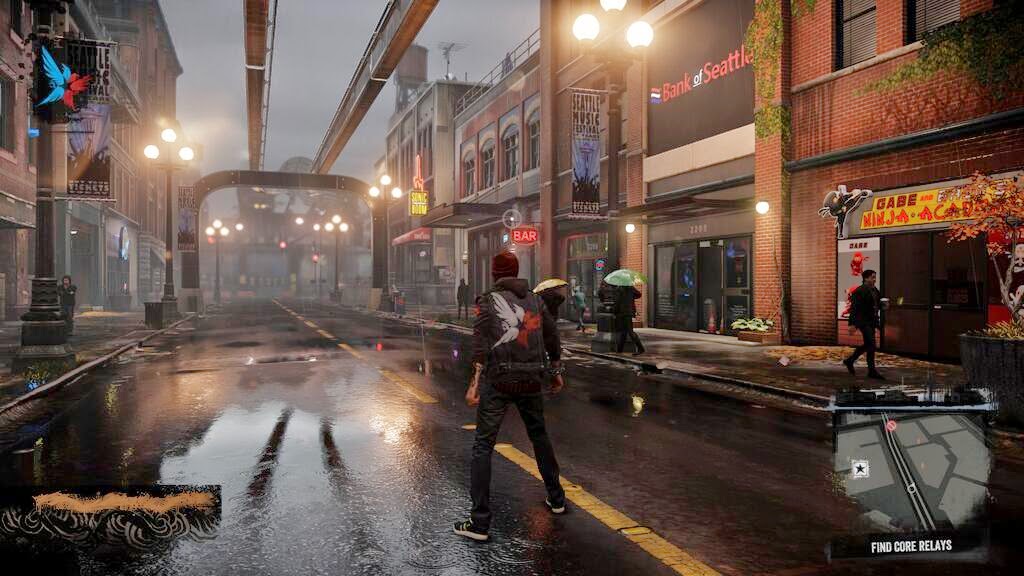 Aside from combat being fairly shallow (though the few boss fights are very fun), I've got no real complaints about this game. If you just want to blaze through the story it's a pretty short experience that you can get through in a week or two, but if you take the time to complete all of the game's fun, optional side content there's more than enough to do. 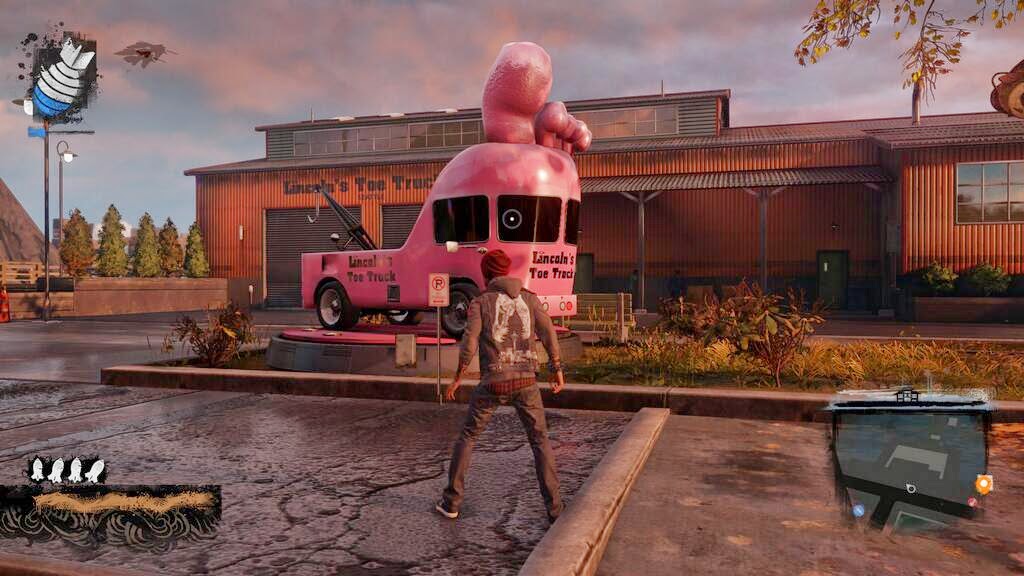 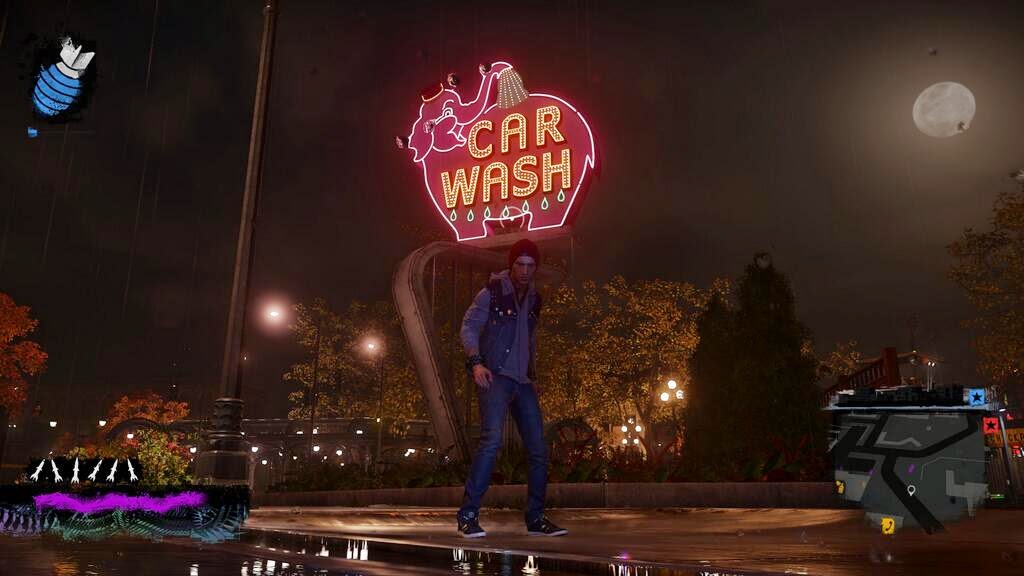 One last note: I love that there's a screenshot mode that lets you freeze the game and freely reposition its camera and lighting effects and wish every game included this. It was added in a patch a few weeks after launch and is very fun to mess around with.