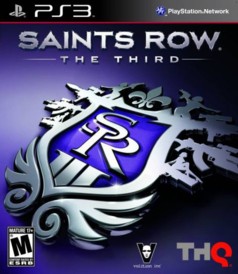 I've never really been a big fan of open world action games in the vein of Grand Theft Auto. GTA never held my attention and while Sleeping Dogs had a lot of good going for it, I still got tired of it by the end. The only game in this genre that I really loved was Pandemic's The Saboteur, an open world game set in occupied France during World War 2. The Saboteur had fantastic art direction, a well built world, and characters whose actions actually felt compatible between the cutscenes and gameplay. I was ready to write it off as a fluke, the single instance in which I was able to really get into a game like this, so I was very happy when Saints Row: The Third convinced me otherwise.

Saints Row: The Third is the third part of Volition's open world crime series and was my introduction to the franchise. The series began as a cartoonier take on a Grand Theft Auto game, with the level of cartoonishness increasing with each installment as the level of dark humor dropped off. While Saints Row 2 featured a sociopathic player character, The Third is a far goofier game whose lead acts more like a comic book supervillain. Both styles work and I can easily see someone preferring the darker edge of SR2, but to me the over the top silliness of The Third is really what won me over. In spite of being a violent game about gang warfare, Saints Row: The Third's atmosphere is so joyfully stupid and unpretentious that all of its elements came together amazingly well. 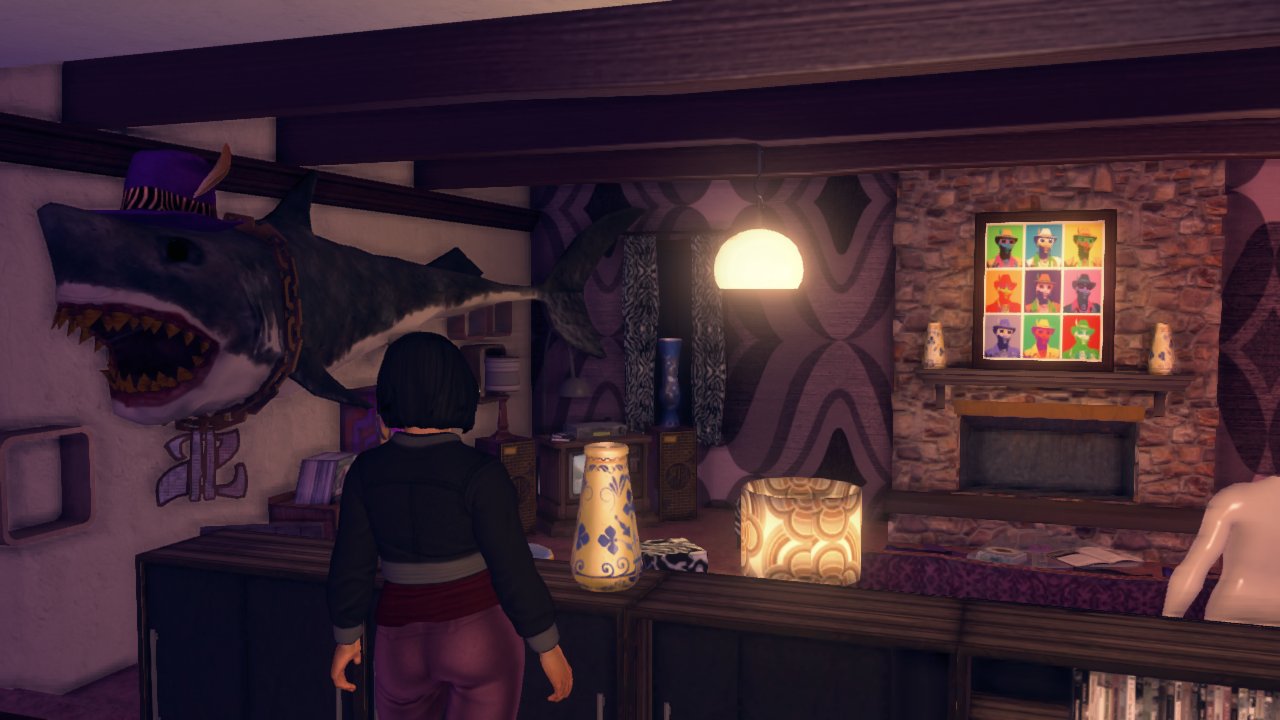 The story focuses on The Boss of the Third Street Saints, a gang that has risen out of the slums and become media darlings, putting their faces on clothing and energy drinks and getting movie deals. The Saints would never be acceptable in a more realistic world, but the world of this game is so bombastic and crazed (large parts of the city of Steelport are controlled by luchadors) that it absolutely makes sense that people would hero-worship them here. Just as gang lieutenant Johnny Gat worries about the Saints getting too soft, the leader of a group known as The Syndicate arrives on the scene and declares war on our heroes, leading to battles with finely dressed men and women, neon coated cyberpunks, hulking luchadors, and eventually an occupation of futuristic army men. There are four major villains on the scene, each with his own personality and quirks, and the game has a good sense of escalation from conflict to conflict.

While Saints Row: The Third brings back a few characters from the previous games, it focuses mostly on new heroes and villains, and Shaundi, one of your closest allies, acts differently enough from her Saints Row 2 persona that she's effectively a new character. In spite of being the third game in the series, this game is very friendly to newcomers and never gets in too deep with callbacks and self referential moments. Even as someone who hadn't played a Saints Row game before I had no problem figuring out who everyone was and what their role was. There's continuity, but it's not absolutely critical to the story. 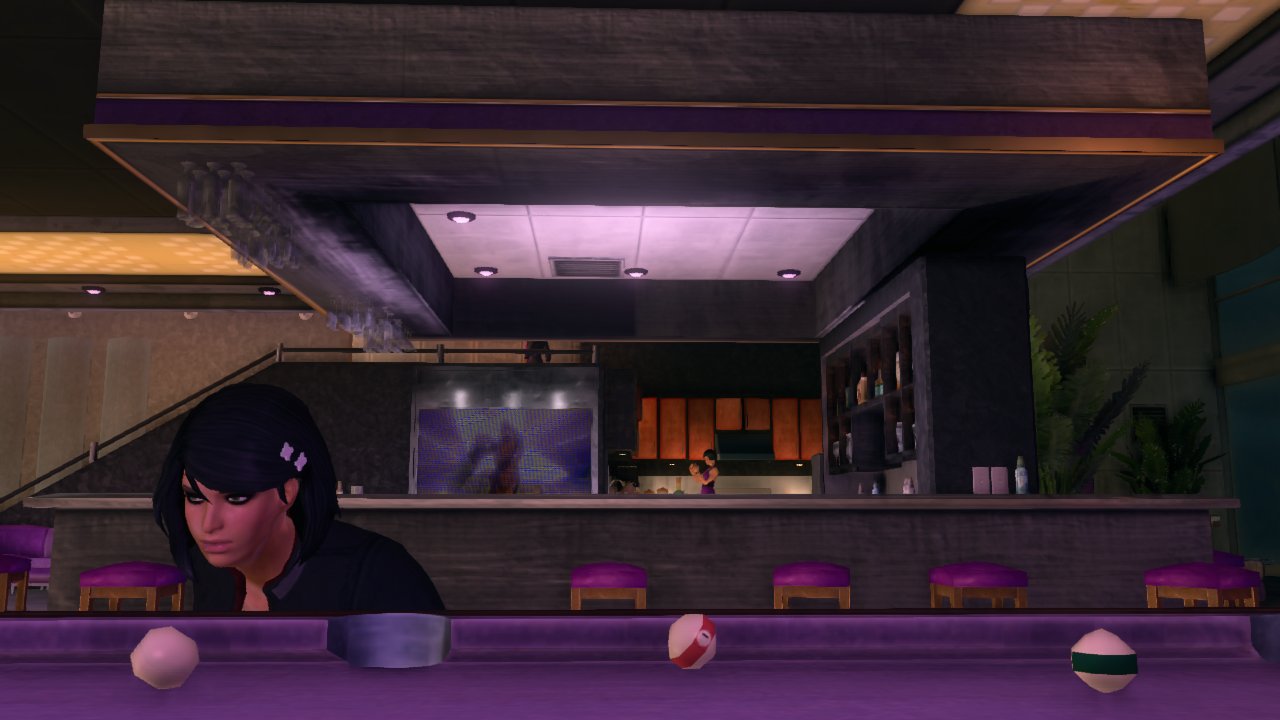 My favorite new character is Zimos, an old-school pimp who speaks entirely though an autotuner at the end of his golden pimp cane. I know he's not a particularly popular character, but I found his gimmick very funny and was sad that he more or less drops out of the story by the end. Killbane, the leader of the villainous luchadors, is also a lot of fun and makes for a strong villain even if his motivations aren't particularly deep or interesting. Since the whole game is about as serious as a WWE grudge, having him as your rival works very well. Angel de la Muerte (voiced by Hulk Hogan), Killbane's old nemesis, is the only Saint member I didn't find interesting at all. 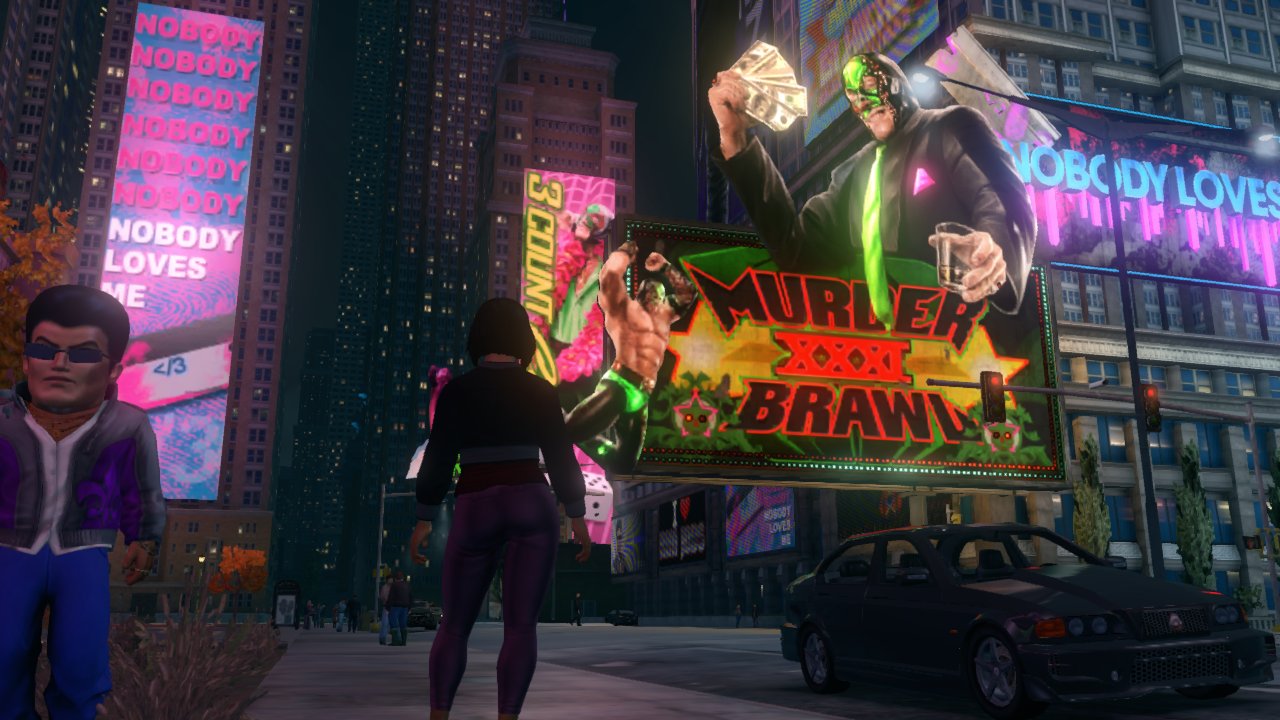 One of the things that really sets the Saints Row games apart is that, contrary to what the number of pimps and strippers present could imply, is that they do a surprisingly good job with gender equality. The sex of the character you build has no bearing on the story, and some of the strongest personalities in the game are women, none of whom feel like victims at any time. Former FBI agent Kinzie Kensington is especially well written, and it's nice to see a normal looking character with sexuality that's present but not a defining part of her personality. Your Boss dresses as conservatively or scantily as you please, and no clothing or voice choices are locked by gender. In general the game's character creator is really good, even if more customization of some of the clothing options would be nice.

Villains don't threaten a female Boss with sexualized insults (see Batman: Arkham City and how the thugs you fight treat Batman versus how they treat Catwoman for one of the grosser examples of this in a modern game), and no one in any gang questions her competency if you play as a woman. It's incredibly rare to see a game where sex and sexuality are treated as something fun and normal and not as a mystical reward for players to strive for (see the Mass Effect games, which I otherwise really enjoy, for a series that handles this horrendously.) This shouldn't be something rare in a video game, but it sadly is. Emma Boyes wrote a good article on this for IGN. 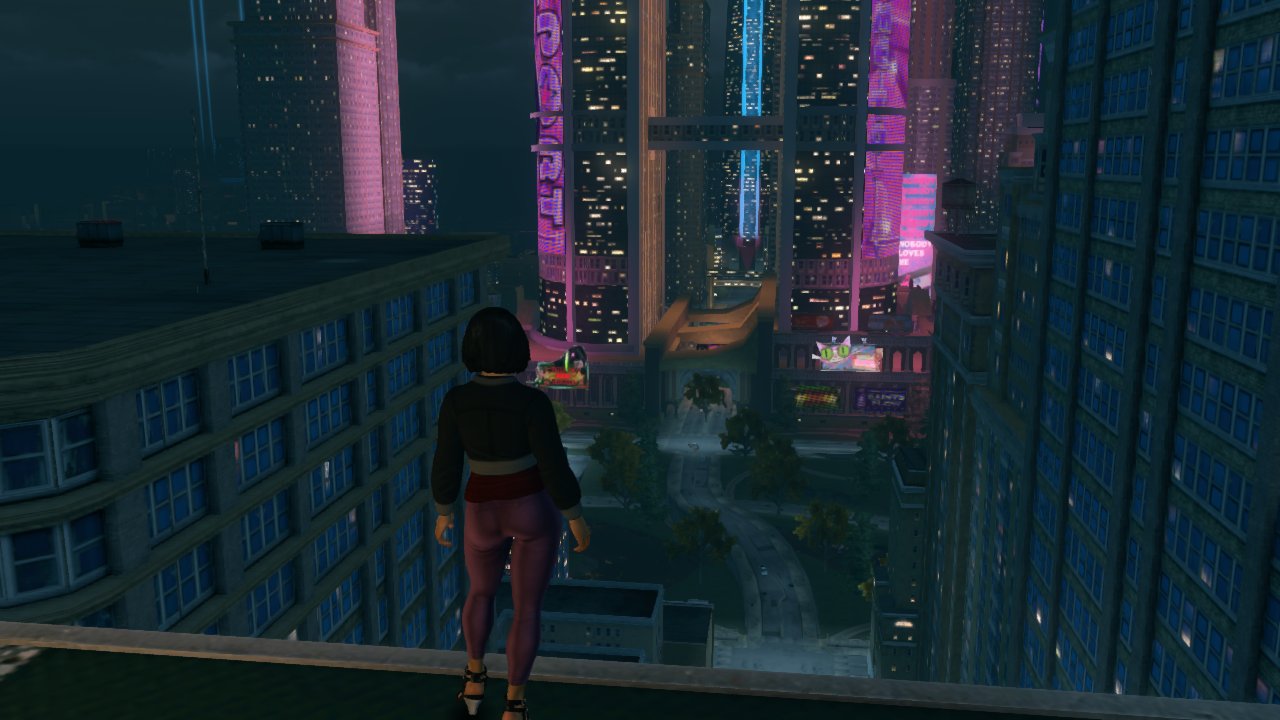 The Third's visuals aren't anything particularly special but it has nice art and character design. The PS3 version had a few performance issues for me, with some major framerate drops during the more chaotic parts of the game, but they weren't frequent enough to be a major problem. There's plenty of good music available on the in-game radio, and Bonnie Tyler's Holding Out for a Hero playing during the game's climax is pretty much the single most perfect music choice in the series at this point. If you find that song/video funny, you'll find this game funny.

As far as gameplay goes, Saints Row: The Third has a pretty ordinary layout. You shoot/punch your way through waves of enemies, steal cars, and get progressively more ridiculous arsenals. I was a little uncomfortable with the drone strike weapon, even though I'm aware of it being used as satire for such weapons in modern military shooters, but the rest range from fun to standard. The missions are a lot of fun due to the game's dialogue, bolstered by some generally great voice acting, and the absurdity of the situations even if the actual fighting isn't anything new. 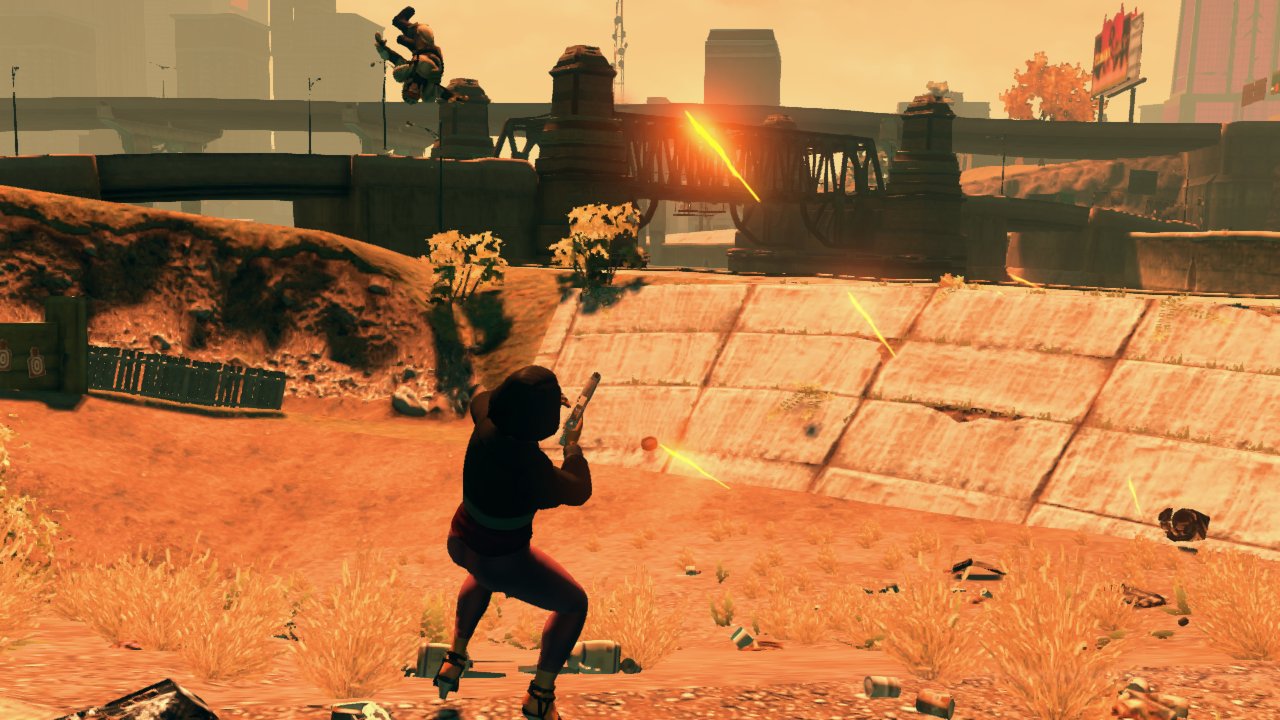 There are plenty of side activities you can do, ranging from blowing stuff up with a tank to throwing yourself in front of cars to commit insurance fraud to running from paparazzi. Some are more fun than others (I found the helicopter activities and the escort ones particularly awful to play) and it's unfortunate that so many main story missions just force you to do a side activity instead of just leaving them as side content. Apart from the sometimes mediocre to bad missions, my only major complaint with the gameplay is that it simply takes too long to cross the game's city from end to end, as there's no way to quickly warp around it. You're the Boss of the Saints, you should be able to hire a limo to drive you across town without having to worry about keeping your eyes on the road. 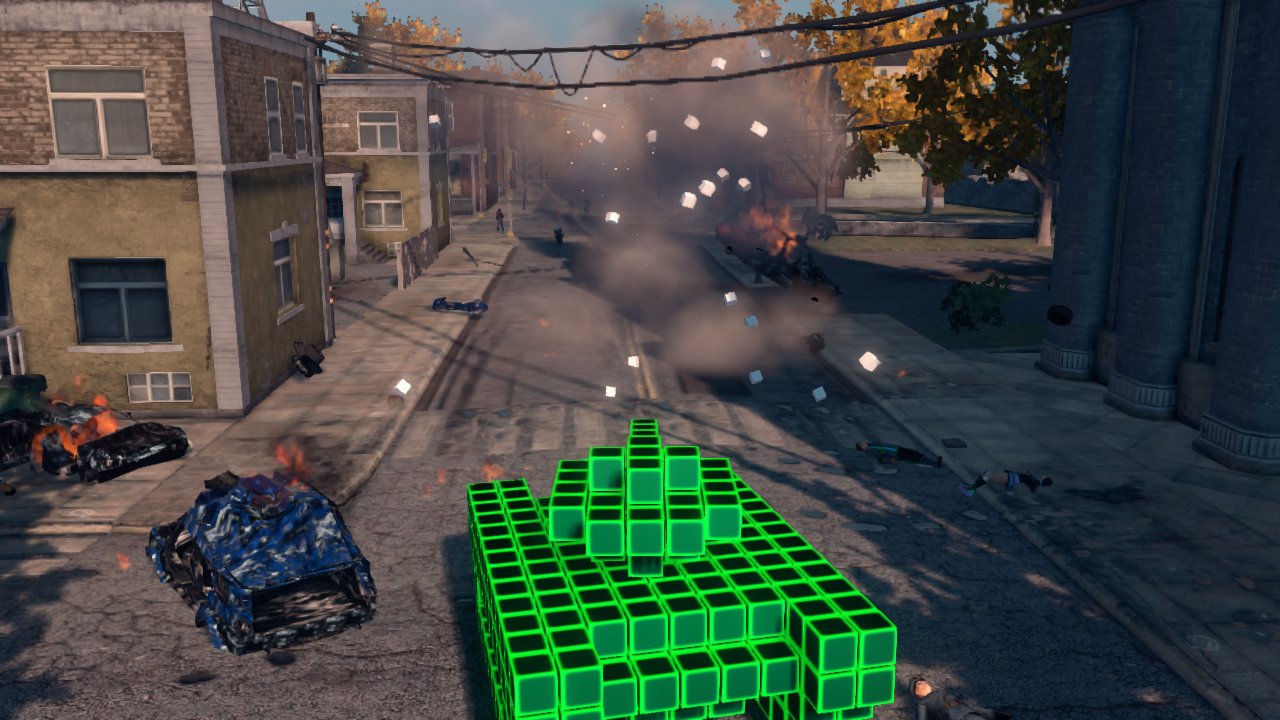 Saints Row: The Third is a great example of a game being campy and satirical without constantly winking at the audience. It's a funny cartoon that isn't afraid of being completely dumb (on entering a virtual world, your character is transformed into a toilet) and in spite of the steady flow of vulgarities the game doesn't feel like it's trying too hard to be edgy. It's a fairly short game that can be completed in 10-15 hours if you don't care about the side activities and players can modify the game's difficulty level at any time they please. The gameplay improves massively in the next game in the series, but I feel that The Third is the best starting place for people interested in checking these games out. 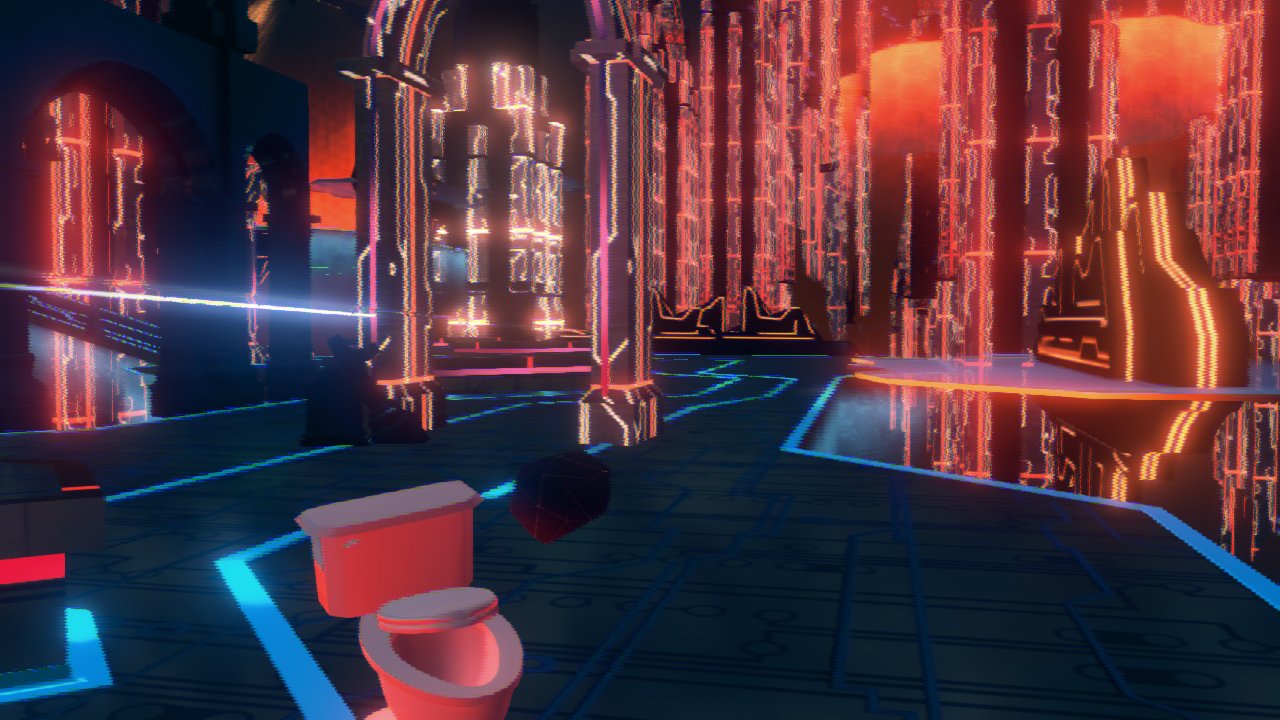 One final note: I wish taking screenshots in the game didn't require signing up for and logging into the official Saints Row website. It's a clunky system and their site isn't particularly stable.
Posted by surlaw at 6:52 PM