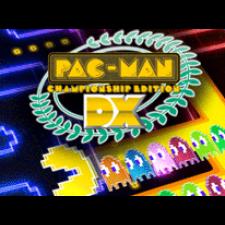 Pac-Man Championship Edition DX is the sequel to 2007's Xbox exclusive Pac-Man Championship Edition. Released three years later, DX takes the basics of the previous game and adds a number of new gameplay elements as well as bringing the game to the PS3 and, in 2012, to PCs. The original Pac-Man CE kicked off a trend in which companies take old arcade games and give them hyperactive, trippy makeovers. From Galaga to Frogger to Space Invaders, this trend has had a lot of staying power and has produced some truly excellent new takes on classic games. Of them all, Pac-Man CE DX remains my favorite.

In Pac-Man Championship Edition, traditional styled Pac-Man mazes with ghosts, pellets, and fruits are divided into two halves. Rather than a traditional level structure, the game progresses as players clear each half of the board, which spawns a fruit that rearranges half the stage when eaten. As the game goes on, gameplay speed rapidly increases as your scores does, and only lowers slightly when a ghost catches you. The goal of the base game is to get the highest score possible in either five or ten minute game sessions. 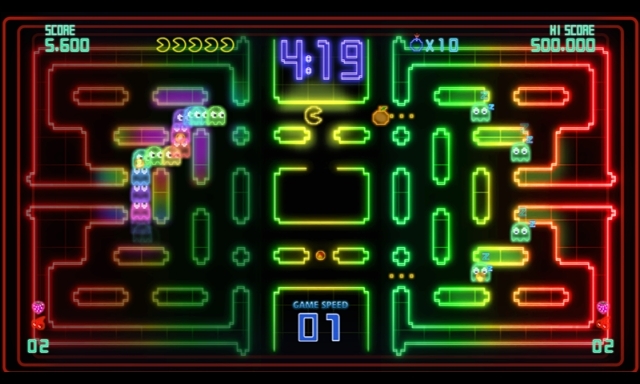 Championship Edition DX adds a few new features that change the game in a major way. Players now have a limited number of bombs that when used, send all of the ghosts on screen back to their home base in the center of the stage. It's a very handy panic button that can be ignored if you like but does provide great aid to new players. Another addition intended to help new players is a second of slowdown in which the game slows for a brief second right before you're about to get eaten, giving you a split-second to turn and get out of danger. The biggest change, however, is the addition of sleeping ghosts that line the corridors of the game's mazes. These green ghouls remain stationary until you speed by them, at which point they wake up but do not become hostile. Only when other ghosts pass by do the sleepers pop out of their nests and begin the chase, which can result in a train of dozens of ghosts at once chasing Pac-Man in a horrifying glowing rainbow. Letting this Ghost Train get as long as possible before eating a Power Pellet and chomping down on the ghosts is an essential part of getting high scores, and is also the exclusive focus of one of the game's modes.

In addition to these new gameplay features, Championship Edition DX also features several new selectable visual styles for both its characters and its mazes. Some of these are kind of ugly and aren't a lot of fun to stare at for ten minutes at a time, but most look pretty good. CE DX features nine courses, each with its own 5-10 minute Score Attack modes, Ghost Train mode, and other objective-based Time Trial stages. There's a ton to do here, even if you're only interested in playing each mission once. If you enjoy playing for high scores, the game has a fun ranking system, which awards you a letter grade per course based on your score in comparison to the average player. Also included is the original Championship Edition course, absent of any of the sleeper ghosts that make up a big part of DX's challenge, for fans of the original version. 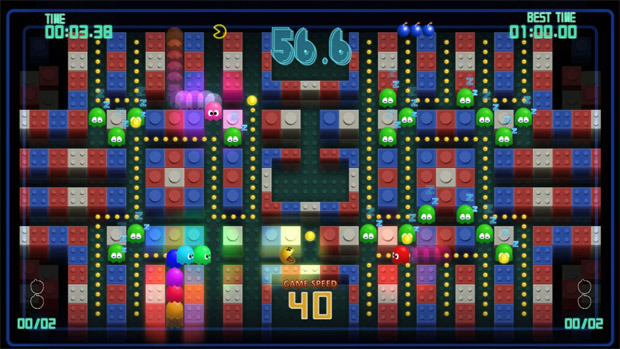 Championship Edition was my favorite XBLA title, and DX is a perfect sequel. The only thing I can say about the game that's even slightly negative is that the music isn't super catchy, but it's appropriate to the game's pulsing, psychedelic images. For anyone who enjoys old school score-based arcade games, there's plenty to love here. It's hard to outright say that this is my favorite Pac-Man title, since it's so different in feel from Ms. Pac-Man (my favorite traditional Pac title), Pac-Man Vs. (a game in which one player controls Pac-Man and others control ghosts) or Pac-Man 2: The New Adventures (a bizarre point and click adventure game that deserves its own review.) Namco did a great job giving the Championship Edition line a life of its own, and I love it. CE DX is a wonderful, horrible nightmare of colors and sound and once things start moving fast enough, you begin to see through time itself. Without question one of my favorite games of this generation.
Posted by surlaw at 5:40 PM