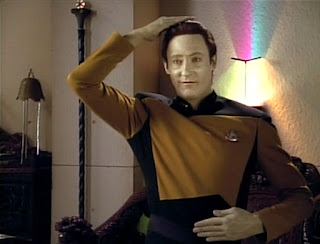 "Data jeopardizes an emergency mission to save an ill child when he gets a signal from his creator. "
The Return of Lore. I found him more interesting back when the show was new, but now, the idea of Evil Data is kind of stupid, especially since Data himself gets taken over and turned bad as often as he does. This episode features all of the above!

Dr. Soong is somehow alive, and he's sent a homing beacon to his androids. Instead of figuring out he's receiving a message, Data goes rogue, takes over the Enterprise, and barrels towards Soong's location. Conveniently, he has no recollection of any of this, and while Riker says they'll talk about it later, his mind-controlled insubordination is forgotten by the end. 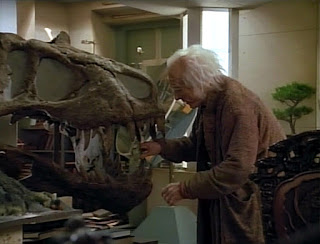 The beacon also brings back Lore, who had been floating around space since his last appearance. He was rescued by Pakleds (What? Why is that not in the episode? That actually sounds fun) and returned to health just in time to cause trouble. When he gets to Soong's lab, he acts like a big dumb baby. Soong has created an emotion chip, and Lore wants it, in spite of the fact that he already has emotions. Now, he'll have Super Emotions! Actually, the new chip doesn't seem to affect him in any meaningful way.

The chip was, of course, meant for Data, but before Soong could perform the upgrade, Lore knocks Data out and switches clothes with him off screen... again. Yes, he pulls the exact same plan he pulled off in his first appearance, at it works once again. Lore then beats up Soong because strong emotions make you want to punch elderly relatives I guess and then he vanishes conveniently right before Riker and Friends can get him.

The b-plot of this episode involves a young boy who's dieing because he ate Deadly Fruit from somewhere after his big brother pranks him. I'm not sure why two preteen children are allowed to live on the Enterprise after their parents were assigned elsewhere. Data's hijacking of the ship delays their plan to heal the kid at a Starbase, where they need to go for help because Dr. Crusher is Trek's most ineffective doctor. Everyone turns out ok in the end, and the children reconcile their differences over toy dinosaurs that Data took from Soong's lab.

The best part of this episode is the fact that Soong's lab is filled to the brim with dinosaur bones, action figures, playsets, etc. Dude loved his dinosaurs. Other than that, there's nothing really remarkable here. In his second appearance, Lore is already feeling like a rehash. This one also introduces the Emotion Chip that would go on to make every one of Data's scenes in Star Trek: Generations insufferably bad. 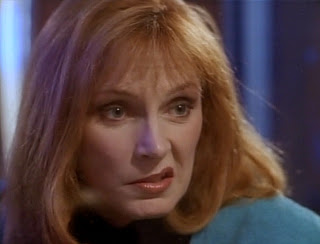