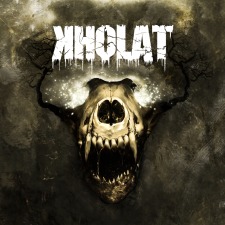 I've generally enjoyed the often maligned "walking simulator" brand of narrative game; Soma, Everybody's Gone to the Rapture, The Vanishing of Ethan Carter, Gone Home, these are all titles I've dug. These are games mostly devoid of action, where the focus is on wandering detailed environments, learning a story (often second hand by way of journals and audio logs) through observation, and just soaking in the atmosphere. Kholat, developed by Polish studio IMGN.PRO, sounded like something I'd be totally into: Stuck in a blizzard on top of a deadly mountain, players explore a hostile environment to find clues related to the Dyatlov Pass Incident of 1959, in which a group of Russian hikers mysteriously died.

Sean Bean reads the game's story, giving the experience a nice, foreboding narrative sound. The heavy snow effects are pretty, and give Kholat a truly imposing setting. With each winding passage and snowy hillside I got lost in, I felt immersed in an empty, hopeless world, my character shambling through this purgatory in the dark, alone, with only occasional flashes of light to puncture the desolation.

After a good half hour of being impressed by the journey, my character was killed. I couldn't tell what happened; I saw some footprints, stopped to look, and suddenly a monster appeared and I got a Game Over message. I reloaded, tried again, and this time could see the monster I was supposed to avoid. I took a path around it and it teleported next to me and I died again. Will turning my lantern off or keeping it on make a difference? Nope. OK, how about using the crouch button to hide behind some bushes while it walks by? Died again. Well, how about running? Can I outrun this thing? The answer is yes, and I successfully get away, right before falling into an invisible pit and dying instantly once again.

This frustrating repetition knocked any tension out of Kholat. The game's checkpoint system is ludicrously bad (it only saves after finding collectables and new campsites, which are often far between) so each death meant a long, slow walk back to where I was before I could try another strategy. Load times are long too, making it even more tedious. Every encounter with a hazard is an instant death, and once you're caught you have no options to deal with the enemy or with traps. It becomes an exercise in memorization as you fight against your character's horrible stamina and limited movement (I died a few times stuck behind knee-high rocks.)


When you're not dying and reloading, you're wandering the mountain in search of nine haunted sites. Your map contains coordinate for each, but finding these points is a chore, since the map isn't very accurate, it doesn't display your location, and the landscape looks pretty uniform throughout. The idea of navigating using landmarks and orienteering rather than a traditional gaming map is cool, but Kholat's world is so quickly repetitive that it's hard to get your bearings at all; it's not a game like The Witness, where map-free navigation is quite easy thanks to visually distinct regions of the world.

I get that the disorientation and repetitive nature of encounters play into the game's narrative of life and death, and while I didn't finish the game (I completed half of its objectives before getting too bored to press on) I assume its story is building to a "you're dead all along" conclusion in which your character finds peace, sort of. Or maybe you find out this is all a simulation in a government lab, who knows. Maybe you're stuck between planes like that one episode of TNG. I didn't care enough to find out, because Kholat didn't offer me enough of a hook to want to keep going. Its story telling is mysterious, but not an intriguing way. It tells you almost nothing and leaves you with as much. It feels like a skeleton that exists to project interpretations on without saying anything in or of itself.

On a technical level, the game's a mess. The frame rate on the PS4 version dips down to single digits at times, textures are slow to load so you're sometimes looking at a blank compass and map for a while while they finish rendering, and the controls could use refinement (offer players an option to toggle Run and Crouch, don't make me hold down the left analog stick the entire time. This is never comfortable.) The sound mixing is pretty good at least, and the game sounds great with headphones on.

The most interesting part of Kholat is Sean Bean's introduction, in which he narrates a history of the event that inspired the game, complete with a couple different conspiracy theories. It's a fun sequence that makes me want to look into the incident more, and maybe find a good book or documentary talking about it. It did not, however, inspire me to continue playing a tedious game where my biggest fear was having to face the next load screen.
Posted by surlaw at 6:54 PM