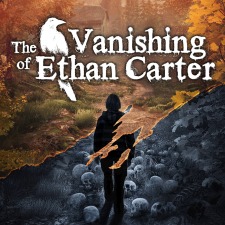 I've enjoyed the recent batch of slow, moody first-person exploration games that have become popular lately. Everybody's Gone to the Rapture was a wonderful, quiet horror story with strong Twilight Zone vibes (and a frustratingly slow movement speed), Soma was an incredibly atmospheric aquatic horror (in spite of its sloppy dialogue) and The Witness is a perfect puzzle game that's fun to wander aimlessly through even when you're not solving puzzles. One of the high profile releases in this genre that I missed out on was The Vanishing of Ethan Carter, a title by The Astronauts, a small Polish developer. I recently had a chance to run through it and was simultaneously impressed and a little let down.

Click here for a Vanishing of Ethan Carter screenshot gallery 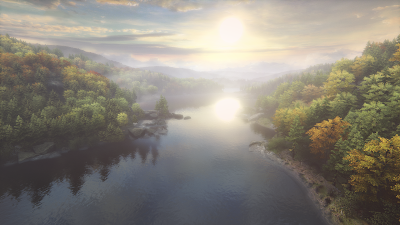 The first thing I noticed when starting Ethan Carter was the incredible realism of its environment. Every tree, rock, river, and sunbeam is just beautiful. The old, decaying buildings you explore all have a strong sense of character to them, and the open woods are at once both welcoming and threatening, with signs of violence all around. It's a great world to immerse yourself in, and the ever present feeling that something is wrong keeps the mystery going. 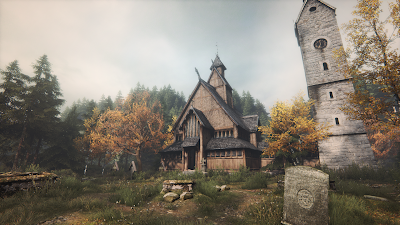 Set in a lovely, thickly-forested area known as Red Creek Valley, players control Paul Prospero, a noir detective with a knack for solving murder mysteries. He's got plenty on his hands here, as every one of the area's few residents are either dead or missing. Prospero is summoned to the town by Ethan, a young boy whose fictional stories have begun taking a life of their own as supernatural elements begin to leak into the world. 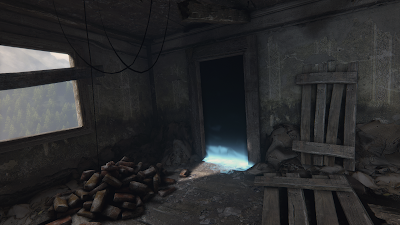 There are ten main puzzles to solve here. Some are simply trails you have to follow, some involve finding and returning objects to their proper place, and my favorite involved summoning up ghosts to help decode and unlock an otherworldly door. There's also a good one in which players rebuild the interior of a house by entering a series of portals in the proper order. When Prospero finds a murder victim, players must reconstruct the circumstances of that person's death and then arrange them chronologically to see what really happened. 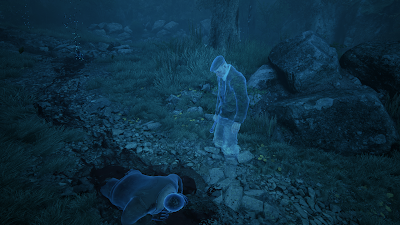 All of the puzzles are enjoyable, but that brings me to my biggest issue; there's not enough here. At roughly four hours to complete (all puzzles must be completed to see the ending,) with much of that time spent running between areas, the game feels a bit barren. The puzzles are simple but well designed, I just wanted more of them. This is in stark contrast to The Witness, where new puzzles and new wonders are discovered every few steps. Here, the puzzles are larger in scale, but ultimately too few in number. I realize it's not entirely fair to compare Ethan Carter to a full-on puzzler like The Witness, but this game exists in an awkward space in between a pure narrative experience and a genuine puzzle game. With such a huge environment, there's a ton of potential here for a deeper puzzle experience that is sadly left unrealized. 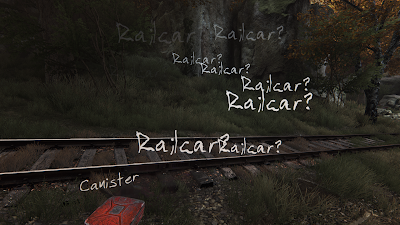 There are a few technical issues as well. You cannot manually save, which is baffling in a game with no fail conditions and no time sensitive actions. The game auto-saves when you complete a puzzle, but doesn't always save your positions; the first time I loaded my file I was sent back to the beginning of the game, with all of my progress saved but with a nearly ten minute walk back to where I was previously. At the very end, a fast travel option appears, but by that time I'd already solved every one of the game's puzzles. Some control oddities also exist: On the options menu, I can use the d-pad to move down, but not to move up? How does that not get caught in development?

Those issues aside, this is a great experience, just not on the same level as Rapture/Soma/Witness. The dream-like narrative works well and the game tells the story it sets out to tell. There's no ambiguity here by the end, when players finally see what really happened to Ethan and Prospero's true nature is bluntly stated. There's nothing wrong with that, and it fits the poetic bluntness of Prospero as a character. 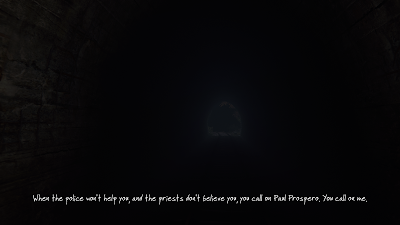 Spoilers Below - Ending Discussion and More


Prospero's name comes from the powerful sorcerer of Shakespeare's The Tempest, though our player character's a much nicer guy. It's obvious early on from the murder reconstructions that there's something supernatural about our good detective, and we later learn that he's a fully fictional construct straight out of Ethan's own short stories. In The Tempest, Prospero says, "Graves at my command have waked their sleepers," with "Sleeper" being a term players encounter throughout this game as a name for an unknown ethereal being. 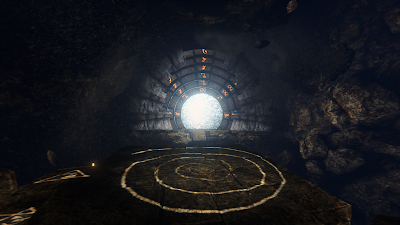 All of the magic, monsters, and witches we meet are just little stories that Ethan wrote, some with more obviously loaded symbolism than others. The ghostly versions of Ethan's family panic at the idea of The Sleeper waking, which we learn at the end is Ethan himself, in his last living moments before he dies in a house fire. The game's story is Ethan's attempt to unpack his guilt, his dreams, and his prayers in his final moments, going as far as to create a fictional hero who could never really save him.

It's a melancholy story that's mostly well told, though the whole Tortured Artist angle is a bit cornier than it was likely meant to be (A few of his family members torment him for sounding "too gay" because he writes stories about monsters and detectives? Couldn't have gone for something more psychologically interesting?) The dialogue from Ethan and his family is actually the weakest part of the narrative, but given how much of it is constructed by a ten year old kid that's sort of fitting. It's only a problem when we see our glimpses of the "real" world and everyone still speaks in awkwardly. 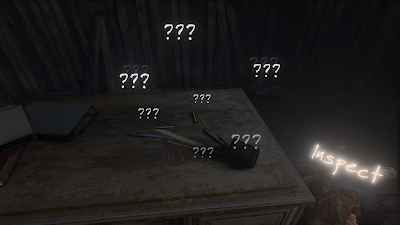 In spite of some shortcomings, Ethan Carter is a worthwhile title if you're looking for something slow and atmospheric and just love the idea of chilling in the woods for a while. I would like to see this team try their hand at a more puzzle-heavy title in the future.
Posted by surlaw at 9:07 PM