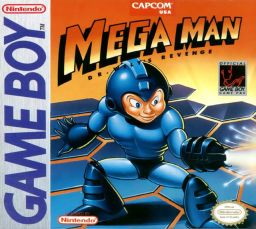 Capcom's original Mega Man game, released on the NES in 1987, was a springboard for over two dozen sequels, spinoffs, and remakes. Many have been quite good, while a few are hilariously, strikingly terrible. I played and enjoyed all of the original six NES installments, most as they were released, but somehow managed to completely miss all five of the Game Boy games. Capcom recently added the first Game Boy Mega Man title, Dr. Wily's Revenge, to the 3DS Virtual Console, giving me a chance to catch up on some bygone Mega Man history. While it's not as good as any of the NES titles, Wily's Revenge is a serviceable Mega Man game that at the very least manages to be far superior to the terrible DOS version released around the same time.

Mega Man GB, developed by Minakuchi Engineering rather than Capcom proper, was released in the US in December 1991, a single month before Mega Man 4 would be released on the NES. It's a strange game in concept; it's neither a fully new Mega Man title nor a port. The game begins with a traditional Mega Man stage select screen but with only four selectable bosses, all from the first NES Mega Man title. Cut Man, Elec Man, Ice Man, and Fire Man are here, and the fights with them are very close to those of the NES version. Bomb Man and my favorite, Guts Man, are both nowhere to be found. Levels are almost entirely new, though familiar enemies and obstacles from Mega Man NES are reused, and the sound track mostly consists of decent remixes of the NES music. 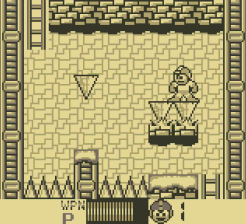 Once these four Robot Masters are defeated, players travel to Dr. Wily's castle. Unlike other Mega Man games, the castle only has one single long, difficult stage. At the end of it, players are greeted by four transport capsules that lead to boss rooms. Instead of repeating the earlier bosses as Mega Man games usually do, players instead fight four bosses taken from Mega Man 2; Bubble Man, Flash Man, Quick Man, and Heat Man. In spite of these four bosses not having their own levels, players DO still earn their weapons by beating them in traditional Mega Man style. After that's done with, players fight Enker, the game's first original boss character, and then one more stage in a second castle before confronting Wily himself.

Combining the cast of the first two NES Mega Man games is an interesting idea, but I'm a little let down by the choices. While Quick Man had a very memorable stage in Mega Man 2, he himself is a pretty badly designed fight, and it's even worse here in the more cramped quarters of the Game Boy. Flash Man's another boss that's always felt pretty poor, and while both Heat Man and Fire Man are reasonably well made bosses, having both in one game feels redundant. Enker is a well designed fight, and the weapon he gives you, a mirror beam that reflects enemy attacks, is actually a lot of fun. In fact, Enker's battle is so well designed that it makes the rehashed bosses that make up the rest of the game, especially the weaker ones, feel a lot worse. 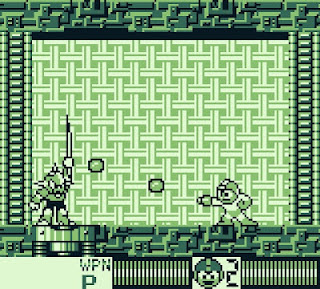 For the most part, the stages in this game feel a lot harder than the stages in an NES Mega Man game, in large part due to the size of the gameplay field. All characters and enemies are the same size here as on the NES, and therefore look pretty great, but because you're dealing with a smaller resolution, everything feels cramped. Attacks that would be easy to dodge if you had more room to work with become deadly, and you're given far fewer options for getting through most stages.

There are a few too many of my two least favorite traps in a Mega Man game here: Long, multiple screen length blind drops where you have to hope you don't choose to follow the path full of instant death spikes, and the awful disappearing platforms that have been miserably unfun ever since Ice Man's stage in the original game. I know it's probably Mega Man fan blasphemy to say this, but I've always really hated both of these things and even though they're series staples, I'd be much happier without them. On top of that, there are a few too many inconveniently placed Sniper Joes that cause stage pacing to crawl to a halt. It also feels like there are many more jumps that require pixel-perfect coordination here than in Mega Man NES, in part due to how much easier it is to hit your head in cramped corridors. The Mega Man 1 and 2 bosses inserted into this game are also harder, since their patterns are effectively the same as in the NES titles but you have a lot less room to avoid their attacks. Enker and Wily, the only original boss fights here, are both much better than anything else in the game, and are much more fair than the last few bosses of the original NES game. 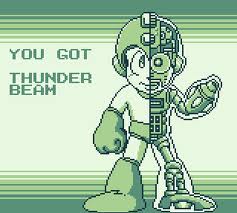 This really isn't a bad game, but it's not a very good Mega Man game. It's impressive how closely this one mimics the feel of the NES games, but the stage design just doesn't work when you've got sprites this size. Also, Mega Man's shots travel slower than usual, and it's easy to be thrown off by this if you're used to the NES titles. Enemy shots still travel the same speed as usual. I had fun playing this, but I see it mostly as a historical curiosity rather than an essential supplement to the series. The NES Mega Man is also available on the 3DS, with the rest of the series to follow, so if you've really got a hunger for Mega Man on the go, you've already got a better alternative. For long time fans of the series who might have missed this one, Dr. Wily's Revenge is worth checking out, but for casual fans, this one can be safely skipped.
Posted by surlaw at 11:29 PM