Frozen II (2019) - Magic and Monsters and Everything Elsa 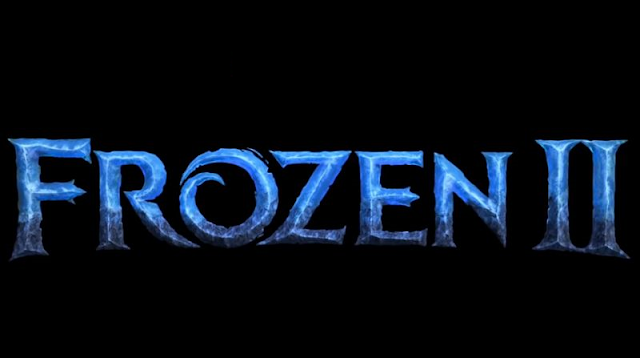 It was inevitable that Jennifer Lee and Chris Buck's 2013 phenomenon Frozen would eventually see a sequel; the original film became a marketing behemoth for Disney and no other studio loves its sequels like modern-day Disney, pumping out two to four Marvel movies a year and announcing a slate of Star Wars spinoffs to last another decade-plus (occasionally they take their time, as seen in the 14 years between Brad Bird's excellent 2004 superhero film The Incredibles and its less-than-stellar sequel). Sometimes it works out, with four strong Toy Story films across almost 25 years of Disney/Pixar collaboration.

Most Disney sequels, even the ones I think are great, feel like very straightforward continuations of their predecessors. We saw that with Frozen's two short film follow-ups (2015's Frozen Fever and 2017's Olaf's Frozen Adventure). I expected about as much from Frozen II: a pleasant film with familiar characters. I was surprised to instead see a film that focuses on theme over plot and explores a darker side of monarchy than I'd expect in a Disney film.

Of course there are some things that do go as expected: There was always going to be a happy ending, a comic Olaf song, and an Elsa-driven showstopper. It doesn't discard what made the first film such a hit, nor does it wallow in self-nostalgia (the only song that gets a reprise from the first movie is a brief bit of Kristoff and Sven's Reindeer(s) are Better Than People). It feels like a directly opposite approach to, say, one of the new Star Wars films that simultaneously talk about letting go of the past while shoving a "Hey, remember THIS part?" moment in every few minutes. It would have been easy to go that route, and it probably still would have been a fun film!

All of that aside: Will kids like it? My daughter (almost 3) had a great time but clearly wasn't as into it as she was the first film. It skews a little older than the previous movie so that's not really surprising; I think she'll get a lot more out of it in a few years, though she was able to understand the plot well enough for it to not be a problem. Every kid in the theater loved Olaf and the soundtrack is a hit. There's a wonderfully campy, heartfelt moment where Kristoff sings a song (Lost in the Woods) in the vein of a Peter Cetera/Chicago's Glory of Love/You're the Inspiration.

Please note that there are spoilers ahead, including analysis of the film's ending. Spoiler-free version: I thought it was an excellent film with gorgeous animation and a more internalized conflict.

The original Frozen focuses on Queen Elsa's struggle to hide her true self from the world and ends with her kingdom accepting and coming to celebrate her. It's simple and powerful, driven by great songs and strong performances. Sisters Anna and Elsa make up, become best friends, and live happily ever after.

It would be easy to write a sequel where an accident breaks the people's trust in Elsa and she has to win them back. Or a sequel where Anna wakes up with her own elemental powers. Maybe one where Elsa has to fight a fire-based ruler from another kingdom. None of those are particularly interesting paths to take (on the other hand, "Elsa parties too hard and drinks too much cough syrup" is quite a hook in Frozen Fever).

Instead, Frozen II is primarily about dealing with trauma: personal, cultural, and spiritual. We get tragic memory that manifests physically, plenty of redemption imagery, and an adventure through a world that would make a great Dark Souls spinoff.

When the new film opens, both Elsa and Anna are finally living lives that make them happy, more or less. Anna's anxiety at the thought of anything changing (Some Things Never Change) picks at her while Elsa's comfortable but hungry for something new (Into the Unknown.) Elsa may be queen now but is still holding back a little; she's free to be herself as long as she tones it down just a little bit. The tight bun she wears her hair in when we meet her in the original film transformed into a thick braid during the iconic Let It Go; by the end of Frozen II, she has finally and fully transformed into what she's really meant to be and her hair flows free of any ties. The costume designs throughout are beautiful, and while it's easy to be cynical and say, "She has so many different looks so they can sell a lot of different dolls" (which of course is true to some degree) it's presented in a way that informs her character's growth through visual shorthand.

Anna's anxiety over losing Elsa is shown when rushing into dangerous situations to try and save her when Elsa really isn't in much immediate danger, such as fighting to put out a fire that she's able to contain without too much effort. The perceived dangers of these situations are amplified by Anna's horrible fear that with one misstep, her happy life could collapse and go back to the way things were when she lived alone and isolated in her family castle. This isn't new for Disney; this same idea showed up as a central theme to the much dumber Wreck-It Ralph 2 last year, but here it's handled with much more grace and kindness.

The trauma of losing her parents haunts Elsa, who never had a chance to grieve in any sort of healthy way. She follows a ghostly siren call (one both internal and external) that leads her on a journey to learn more about her family and the good and bad that comes with digging up old ghosts. While we knew in the first film that they died at sea, here we learn that the king and queen of Arendelle drowned searching for an explanation for their daughter's uncontrollable power, a fact which just compounds the guilt on top of everything else Elsa's dealt with.

The film's most powerful scenes (which featured heavily in its trailers) show Elsa attempting to cross a raging sea: After finding the wreckage of her parents' ship, she fights to conquer the same waves that brought about their deaths. She conquers a physical manifestation of her grief and not only defeats it but tames it, taking control of an elemental spirit in the form of a violent, watery horse. Her loss is no longer a burden weighing her down, but a tool she uses to bring her power to new heights.


Taming the elements/aspects of the self is a running theme of the film: Elsa is tested to trials by water (her grief), by fire (a test of kindness as she saves a wild and adorable fire elemental rather than destroy it), and by air (focusing her anger in a healthy direction, calming a tornado.) The trial of earth (using clever thinking to lead stone giants) falls more on Anna's shoulders, appropriate for an "ordinary" human. Associating Anna with the most physical, earthly element is an effective contrast with Elsa's growing divinity.

This is a much more fantastical film than the first, with angry, playful, and indifferent spirits roaming the land. Humanity feels smaller and more isolated this time, but that doesn't stop them from fighting each other: A core conflict is how to resolve the generational trauma caused by Elsa's grandfather's colonial ambitions. Uncovering her family secrets reveals a man who gleefully killed the leader of a native tribe to spark a conflict that would benefit Arendelle. This sin stains the world and leaves dozens of people trapped in an enchanted forest living out the old conflicts for over 30 years before Elsa and company stumble their way in.

Unlike the first film, there's no villain that can be punched out to fix anything. There's no Prince Hans to clown on this time around; Anna and Elsa's grandfather is long dead, though his sins live on. Anna and Elsa take different paths into and out of darkness: Elsa descends into an abyss that exposes truth at the risk of death as one dives deeper, while Anna wanders lost, cold, and soaked in a cave deep in the earth. They work separately but with a spiritual/psychic connection, with Elsa sacrificing herself to pass the truth on to Anna. Anna emerges from the cave reborn as queen and with a hard choice made: She will sacrifice Arendelle in penance for the sins of her family, washing its ill-gotten gains from the earth by destroying a dam built to exploit the native people of the north (The Next Right Thing).

With the dam destroyed by Anna and the stone giants, Elsa is reborn in a flash of light and ascends to a sort of godhood. She endured her trials, uncovered the truth, and gave her life for that truth to be known. She emerges from the sea in glistening white, silhouetted by a powerful sunrise, risen again to redeem people in need. The construction of Frozen II's world is a mashup of old-world myth plus Greek god/underworld stories and melodrama underscored by heavy Judeo-Christian imagery, not entirely unlike this year's other great sea madness film, The Lighthouse. And it works, in both cases!

Elsa leaves her crown to Anna and moves on from Arendelle, finding peace and joy living among the elements and her mother's people while possibly becoming a new demigod that binds the world's elements together as the Fifth Element (it's Love.)

My only real sticking point with the film is that I think it would have been better if the Arendelle castle wasn't saved at the end; all of the people are shown to be safe already! Anna still makes a powerful choice with full determination to let Arendelle be washed away, but in an Isaac/Abraham moment, Elsa's intervention feels as if a divine figure has told Anna that she's proven her devotion once she makes the decision to destroy her "child."

It's really not surprising to have everything end happily (if bittersweet). Elsa leaves Arendelle for real this time, but leaves on her own terms. Anna grows up and finds a job that suits her. Olaf learns how to put on clothes. It would be a little more effective if Elsa couldn't just come back home on weekends, but ultimately this is a fairytale/myth that was never going to end as a real tragedy. There are some themes here that might be tough for young kids to handle, but it's good and healthy to be able to tell a story about grief in a way that's comforting and familiar. As she rises from despair, Anna sings, "I won't look too far ahead / It's too much for me to take / But break it down to this next breath / This next step / This next choice is one that I can make." Advice that can apply anywhere, even to a sentient snow pile.