Eraserhead (1977) - A Cathartic Watch for A New Parent 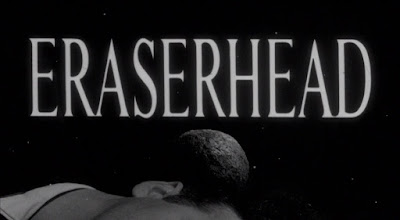 Wobbler Note: This is a guest article written by my wife, Becki, reflecting on Lynch's film and our experience as new parents.

Eraserhead is gruesome, unpleasant, and seems to drag on and on. But as a struggling new parent, it’s disturbingly relatable.
The experimental, 1970s cult horror film by David Lynch has been analyzed for 40 years, and Lynch notoriously won’t explain its meaning, preferring to let viewers reach their own conclusions. For me, it captured the darker side of new parenthood – the middle-of-the-night misery that visitors don’t get to see.

I watched Eraserhead for the first time just three weeks after my first baby was born. Still trapped in that sleep-deprived, survival-mode stupor, I empathized with Jack Nance’s character, Henry – and his fleeing wife – while the familiar, maddening cries of their deformed dinosaur-looking baby persisted through the night. I related to Henry’s revulsion as the dino-baby became sick and the camera zoomed in on its festering globules – between spit-up, diaper explosions and bleeding umbilical cord stumps, parenthood can be disgusting. I even recognized the dark feeling of desperation as the character snipped away dino-baby’s swaddle and made a grisly attempt on its life. Frankly, I understood it more than I feel like I should. These disturbing thoughts are characteristic of postpartum anxiety. 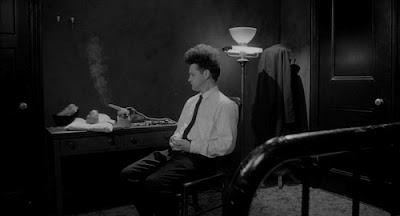 Just weeks before watching Eraserhead, as I woke up from my c-section and my brand-new baby was first placed on my chest, I thought I’d intuitively recognize her from the 9 months she spent in my womb. But I didn’t. She looked, and felt, like a stranger. She was long, skinny, and just under 7 pounds – nothing like the chubby-cheeked 10-pounder I was imagining. In some ways, she felt like Eraserhead’s alien-baby - a screaming, fighting alien that whipped her head violently from side to side while I tried to force-navigate my nipple into her mouth at 3 a.m. Even more bizarre may have been when the nurses recommended using pumped donor milk, which I delivered by letting her suck on my pinky finger while my husband squirted milliliters of milk into the corner of her mouth with a syringe. Conquering these elusive methods of feeding were not unlike Henry’s struggle as the Claymation worms he’s attempting to feed the dino-baby from a can wriggled away and escaped off-screen. 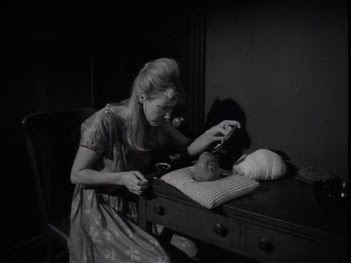 As with Henry, my baby’s arrival came as a surprise. Less exaggerated, of course, but I felt thrust into new parenthood when at 39 weeks of pregnancy I suddenly developed a life-threatening condition requiring an emergency c-section. For a few days I was in my own nightmare, hooked up to various devices and tubes for days, unable to get out of bed to care for the screaming baby, or even roll over. The helplessness and insomnia of these first few nights sent me into a state of clinical anxiety and panic. 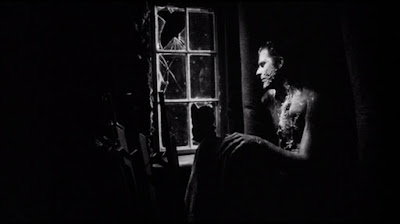 More of the nightmarish, symbolic imagery in Eraserhead resonated with me. The film opens with a lingering shot of The Man Inside the Planet, a peeling, barely-moving zombie staring out a dusty window, who reminds me of the endless nighttime moments during the first weeks when I sat praying for sleep to come. The Woman in the Radiator embodies the public face I was putting on – maintaining a mask of apple-cheeked happiness for visitors, even as she squashed grotesque problems raining down around her. The dino-baby expanding to fill the entire room is an accurate metaphor for the surprising volume of my real baby’s cry, which can be heard from outside the house. 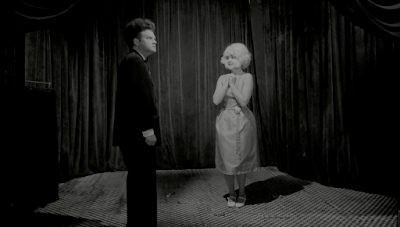 Lynch’s slimy creatures are, at various points in the film, revolting depictions of spinal cords, umbilical tubes or sperm. Henry’s head blasting off and turning into the dino-baby’s head may be his recognition that the baby is, in fact, part of himself – a truth it took me time to come to terms with, since I wasn’t conscious for her birth and didn’t see her come out of my body.
Now, don’t get me wrong. I love my snuggly baby. She is, by all accounts, adorable, and at five weeks postpartum, with a few decent nights’ sleep and a prescription for Zoloft under my belt, I’m feeling much better. But my experience watching Eraserhead came at a turning point for me. While watching, I couldn’t wait for the grotesque movie to end – yet I stayed up that night, replaying images of it in my mind and deciding I liked it more and more. My darkest anxiety-driven thoughts about my own baby were replaced by Eraserhead imagery; after a time, they became almost comical. 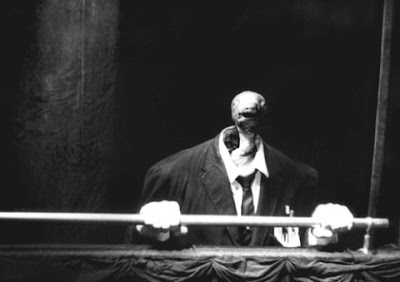 Five weeks ago, I would have found this movie incomprehensible. But, seeing it when I did, Eraserhead provided a cathartic experience, giving voice to the gloom that accompanied the celebration of this new life and thereby liberating me from it.
The first few weeks of parenthood are a transitional period heavy with heightened emotions of all types. Looking back, the distance I’ve already come is incredible. It is amazing to me that Lynch captured this intense, but fleeting, stage of life in a film he worked on for five long years. I doubt most people could remember these short-lived, amplified feelings with such clarity, never mind portray them in such a way that has captivated and mystified audiences for four decades. David Lynch, your bizarre film has done this new parent a service: Illustrating this unique time period in such a gut-wrenching way has ensured that the emotional peaks of the start of my child’s life are forever cemented in my memory.
Posted by surlaw at 8:47 PM