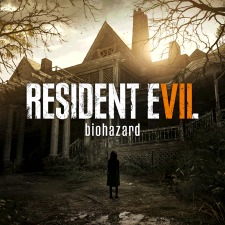 The mainline Resident Evil series has gone through some interesting transitions, forming two pretty clear trilogies: Resident Evil 1-3 are horror-action games with a b-movie aesthetic, focused on tight inventory management and nutty puzzles. Resident Evil 4-6 keep some horror elements but shift the focus, and the camera angle, to a much more action-oriented one, with our heroes punching boulders and suplexing monsters instead of running around finding puzzle pieces. With Resident Evil 7, Capcom looks to once again shake things up in a major way, with a new, first-person view and a focus on exploration over combat. It also has the most cleverly designed title text of the series, and finally unites the series' western name with its Japanese origin, Biohazard.

Beginning Hour, a playable demo/proof of concept teaser for Resident Evil 7, was announced and released during Sony's 2016 E3 presentation. From the timing of its release to the tone of its content, Beginning Hour feels largely like an attempt at replicating the first-person horror of Hideo Kojima's now defunct 2014 P.T. project, a playable teaser for a Silent Hill title whose development ended when Kojima and publisher Konami parted ways.

From the P.T. style release to the Silent Hill-esque mannequins to the "bugs and blood everywhere" aesthetic, Beginning Hour isn't a very original experience, but that's fine. Resident Evil has always been a hybrid of action/horror/sci-fi cliches, and there's nothing wrong with bringing that into the modern day, focusing on today's popular first-person horror titles. All that matters is execution, and while Beginning Hour isn't the incredible exercise in insanity that P.T. was, it's a well made haunted house.

Worth noting is the talent behind this title: Resident Evil 7 is the first game in the series to feature a non-Japanese writer: Richard Pearsey, who wrote 2012's wonderful Spec Ops: The Line along with Walt Williams. Pearsey was able to take the cliche setting of Spec Ops' modern warfare and turn it into a horrific descent into hell, telling a sort of twisted version of Apocalypse Now. Here's hoping he can do something equally as interesting with Resident Evil!

Beginning Hour opens with players dumped into a dirty shack, unarmed and alone. A series of gruesome rooms can be explored in first-person as players collect very old-school Resident Evil style items (keys, a fuse, a doll's finger, etc) as they attempt to find their way out of the house. Midway through, players find a VHS tape and directly control its cameraman, a sort of reality within the game's reality in which the cameraman can actually affect a little change in your player character's present. As I viewed this world through a video camera, another 2014 horror title immediately came to mind: Outlast. Thankfully, nothing in Beginning Hour is as stupid as anything in Outlast, which relies 100% on gore, poorly written threats, and sudden, loud noises with no tension.


I've found two endings (both grim), the second by using knowledge in my second play through that I didn't have previously, breaking the game's sequence in a way. There's a cool meta-narrative element at play there, though nothing on the level of P.T.'s obtuse final puzzles which required an entire community to figure out. There are still a few items no one has found a use for, though! And while there is no combat here, there definitely will be some element of it in the full Resident Evil 7, since there are controls present for melee attacks and aiming. It's safe to assume players won't be as superhuman as they were in Resident Evil 4-6, though.

After finishing Beginning Hour, I'm excited to see more of Resident Evil 7. I've been playing this series since its beginning, 20 years ago, and I've gone through the same cycle twice: I really enjoyed #1 and #2, was bored by #3, was happy when the series changed radically. I loved #4 and had a great time with #5, and was horribly disappointed by #6. I'm once again happy to see the series taking on a new direction, and am looking forward to its release in early 2017. If it jettisons the series' convoluted overarching story, that's almost certainly for the best.
Posted by surlaw at 11:33 PM