With 2015 coming to its end, I reflect on what's been the hardest year of my life. This has been a long time coming; I've started and stopped this essay many times over the last few months, trying to find the words to explain it all. I don't often write personal stories here; when I write media critique and analysis, I choose to focus on the meaning of said media, rather than find excuses to talk about myself at every turn. When I write personal stories as part of my essays, I try my best to keep them relevant to the topic at hand. I favor letting my analysis tell my story, rather than talking about what I had for breakfast.

For myself and my own inner peace, I want to take this opportunity to break from the norm and write about what I went through this year; the good, the bad, and the uncertain. It's been a hard, strange year that I felt would never end, a year in which I stagnated creatively and let important personal projects fall by the wayside. I'm finally ready to lay it all out and move forward into 2016. 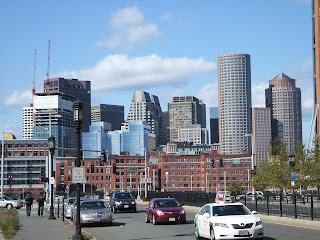 In early January, I was summoned to the John Joseph Moakley Courthouse in Boston to serve jury duty. I'd received the summons in November 2014, and thought little of it at that time. I'd been called for jury duty before and knew the procedure, so I marked my calendar and waited. It wasn't until my January 8th date drew near that I began thinking about what the case could be. Soon I would discover that jury selection was about to begin in the trial of Dzhokar Tsarnaev, the man accused of the Boston Marathon bombings in April, 2013.

Sure enough, that's the trial I was placed in the jury pool for. For months, it was a constant source of stress, as I made repeated visits to the courthouse as part of the selection process, unable to talk to my friends or coworkers about what I was doing. Sworn to silence, I also completely avoided reading or watching the news for the next three months. It was a relief with mixed emotions when, finally, I was released from service the first week of April. After everything was over, I wrote an extensive summary of my thoughts to clear my head. I showed it to friends and family, but never made it truly public. For any interested, here it is in its entirety: http://www.superwalrusland.com/PaulHarrington-TheJuryPool.pdf

With this chapter over, I felt that I could rest easy and take some time to relax. Life had other plans. 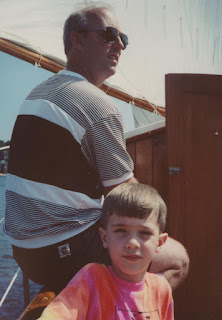 For ten years, my father, Frank Harrington, battled a form of cancer that started in his kidney and spread elsewhere. Throughout these years, he fought harder than anyone I've ever known, enduring pain from both the sickness and the surgeries to treat it as well as ongoing back problems. He had good years and bad years, but throughout it all remained strong, brave, and confident. He found solace in his family, his pets, and most prominently his new grandson, my nephew Jack, who was born in June, 2013.

His sickness took a turn for the worst and my dad passed on May 22nd. I spent much of the weeks prior with him and the rest of our family at Brigham and Women's Hospital in Boston. I rarely slept, ate poorly, and lived those weeks in a sort of waking nightmare, in constant fear that each night could be the last. In my own way I'm still trying to recover from the loss and trying to find myself again.

My dad was a huge fan of movies and music and was a big influence on who I am today. When he'd pick me up from college to come home for a weekend, I'd always have a new mixtape of songs to give him, and we'd always have fun discussing them. We went to the movies regularly when I was young and once he retired from work we had time to watch many more. He had an encyclopedic knowledge of film and television history, and would be more than happy to go into extreme detail about an actor or director's life and career.

Same goes for sports history, and some of my happiest memories are spending time with my dad at Fenway Park, though I never cared about the minute details the way we both did about film. I played pretty much every sport, and he coached many of them. He was always fair and focused more on helping kids have fun, rather than focusing on competition. One year, our hockey team didn't win a single game, and that was OK; we still had a great time. When I was in elementary school, we took a trip to Cooperstown, NY, to visit the Baseball Hall of Fame, one of the few trips I ever took with just the two of us. To this day it remains one of my most treasured memories. 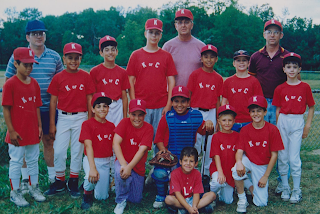 One of my dad's favorite film series combined his love of sports and cinema: Sylvester Stallone's Rocky films. The story of an underdog fighting as hard as he could against all odds resonated, as did the message that triumphing over your own shortcomings and troubles mattered more than beating any opponent could. I believe he took this to heart in his coaching style and in the way he raised my brother and I.

In November, director Ryan Coogler released Creed, the seventh and newest installment in the Rocky saga, a film my father would have loved. In this film, we see Rocky take on a mentor/coach role to the young Adonis Creed, played wonderfully by Michael B. Jordan. As the film progresses, we learn that Rocky's facing his own fight, as he begins to weaken from cancer. We see this great man brought to his knees by an ailment that takes so many of us before our time, and we see that same man, with the love and support of those around him, stand back up and keep fighting. It's my favorite film of 2015, and one that hit me harder emotionally than anything I've seen in years. It was a hard one for me to watch, but ultimately, it gave me a sense of relief and a sort of closure that I hadn't felt in the months since my father's passing. When I have my own kids, I hope I can pass on this legacy to them.

This year's surreal roller coaster continued in October, when I learned that the company I had worked at for eight years was being acquired. In the weeks that followed, I would help finalize the last of my tasks at this company where I had spent so much time, as it transitioned to new ownership in another state. A few of our workers took the opportunity to embark on journeys with the new company, but for me, and for many of my coworkers, this chapter was ending.

My work ended in early December, and in the weeks since I've spent time looking for work but have mostly focused on family and how to deal with the first holidays without my dad. With a new year approaching, I hope to get back on my feet and find a new path in life, one that will be fulfilling and hopeful. I've also, slowly, committed to getting my personal projects, both writing and game making, back on track after this emotional year derailed me so heavily.

Not all of 2015 was hard. This year, my wife found a new job that she loves, and she's happier with her career than she has been in years. An easier commute has given her more time at home to focus on herself and on her studies, and the more pleasant tasks at the new job have given her a much stronger sense of satisfaction. I'm hoping to find a job that will do the same.

Our pets are a big part of our life, and this year we upgraded our 13 gallon freshwater starter aquarium to a 60 gallon filled with live plants and happy fish. Tank conditions were a little too good, as we had nearly 150 baby lyre-tail mollies born to a set of eager parent fish. We were able to donate the ravenous youths to various pet stores and separated the male and female adults into two tanks, bringing our population back down to a manageable number. We recently added a large angelfish with a lot of personality, a fish who will happily swim to the top of the tank and take food from your hands. 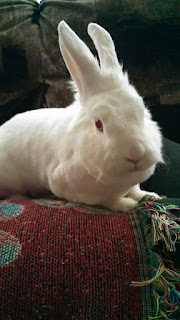 We also adopted two young rabbits who had gone from home to home several times before we found them. Named Cadbury and Egg, these two sisters were a pleasant relief during the hardest parts of the year, playfully goofing around to cheer us up. They've since grown notably larger, and get along well with our cat, Calliope, though we don't leave them alone with her. Calliope, now approaching 13 years old, has recently had issues with a heart murmur, but after trying several different medicines, we've finally discovered one that she happily gobbles up. Here's hoping for good news at her next appointment.

Throughout all of this year's events, I've done my best to stay sane and keep positive. It hasn't always worked, but I like to think I'm doing as well as I can be expected to. I'm looking forward to a new year filled with satisfying new challenges, hopefully free of the emotional turmoil that made up so much of 2015. I'll follow my dad's example and keep fighting, no matter how dark things look.
Posted by surlaw at 5:21 PM