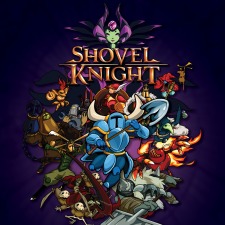 When Yacht Club Games announced its Kickstarter for Shovel Knight, three of the stretch goals involved playable boss characters who would later be added to the game as free updates. Would these new characters get entirely new campaigns, or just a couple of challenge rooms? Would they have their own stories, or would they fall victim to the all too common "new character, same story, who cares" method seen even in quality games like Bayonetta and Devil May Cry 4: Special Edition?

Thankfully, Yacht Club went the extra mile and, though it reuses much of the original game's stages, the new Plague of Shadows expansion is practically a new, complete game of its own, with its own story, collectibles, achievements, and game play. They really went above and beyond my expectations for a free update, and the new campaign is as good, and at times better than, the original Shovel Knight.

Before I get to the new content, I'd like to mention a couple of quality of life improvements that I'm very happy about; in my review of the original game, I mentioned frustration with the inability to customize controls and being unable to quickly swap abilities with the shoulder buttons, instead having to go into a menu each time. I'm glad to see that both of these things have been added to the game, and appreciate Yacht Club listening to customer feedback.

Plague of Shadows shifts player focus from the stoic, often silent Shovel Knight to the awkward, goony alchemist Plague Knight. Rather than fighting to free the world from the villainous Order of No Quarter, Plague Knight's beating up all his buddies to steal their Essence and build a really cool potion that will make him strong enough to take over the world, or suave enough to talk to the cute goth girl he's crushing on. A story I'm sure we can all relate to.


The story and dialogue are cute and silly and, like the original game, avoid the often way too smarmy writing in comedic indie games. It's genuine and enjoyable without being obtrusive or feeling unnecessary. There are also some good jokes involving the boss fights against Shovel Knight himself.

Plague Knight's stages are the same as Shovel Knights, though each has new, added rooms specific to Plague Knight's skills. In spite of this, the content feels completely fresh, as the movement and combat of the two characters are completely different. Shovel Knight's close-range fighting gives way to Plague Knight's long-distance, highly customizable bomb attacks. Players can choose the way the bombs get flung, the time it takes to detonate, and how they behave on detonation. This customization is deeper than any found in the original Shovel Knight campaign and was an element I really enjoyed.

While Shovel Knight enjoyed a nice. beefy jump which could be supplemented by pogo-sticking off of his enemies' heads, Plague Knight's frail, nerdy frame affords him far less powerful leaps. Instead, players can double-jump and then add a third boost using Plague Knight's signature explosives. Like his combat abilities, the boost jump can be customized with one of several abilities, making the game easier or harder depending on how well you switch things up.

At first I was let down to see all of the same stages, but once I got playing I was ok with it. Plague Knight's movement and fighting is so fresh that I didn't mind. The bosses being mostly repeats (the final boss is totally new and Shovel Knight replaces Plague Knight's boss fight in his own stage) is more disappointing, because they're not really suited to his abilities. As a result, they're all either way easier than before or way harder (Propeller Knight is particularly miserable this time around.)

More attention has been paid to balance this time around; all items and abilities are new, so players don't get to abuse the infinitely-useful invincibility Phase Locket spell from the base game. Instead, there's a new spell which grants immunity from damage, but requires the player to mostly stay within a moving cloud. It's a small change, but it makes this similar ability feel a lot less overpowered. Players can also no longer carry two full-health recharge items, and instead have consumable (though cheaply replaced) potions which boost overall health until death and restore one health point. It actually adds a risk/reward element sorely lacking in the original game. The potion-granting, dance-loving Trouple King now sells armor upgrades instead (in the form of fish mucus.)

In addition to the Plague Knight campaign, a new Challenge Mode has also been added. There are ten missions for Shovel Knight, five for Plague Knight, and the option to refight each boss as your chosen character. It's not a ton of content, but it's still a nice little bonus to have.

Overall I'm hugely impressed and it's amazing that in spite of the reused levels, Plague of Shadows feels like a more balanced, well-designed game than the already solid Shovel Knight. I'm excited to see where Yacht Club goes with the King Knight and Spectre Knight expansions, but even more so, I'm excited to see what game they'll make next when they're ready to move on from Shovel Knight. Until then, I'll be one of the dudes waiting for my Shovel Knight amiibo. 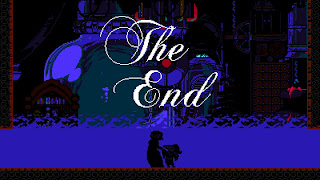