Everybody's Gone to the Rapture (PS4, 2015) - A Sunnyside Apocalypse 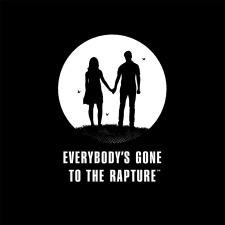 Dear Esther, a 2012 release by The Chinese Room, has been a subject of debate for a while. Is it a game? The title focused on exploration and observational narrative, without focusing on puzzles, combat, or other traditional gaming elements. With the release of its spiritual sequel, the Sony-financed Everybody's Gone to the Rapture, I'm seeing people ask a lot of the same questions. My personal answer is: I don't care. I find nothing more boring than arguing definitions and classifications. Call it art, a game, an experience, whatever. It's a valuable debate to some people, and more power to you, but it holds no value to me. What I care about is whether it's well made, whether it has any emotional value, and whether it's meaningful, and Rapture hits all three marks.

Click here for an Everybody's Gone to the Rapture screen shot gallery. 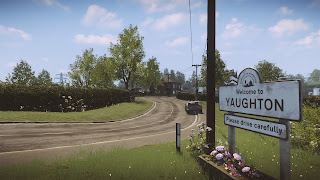 Set in the small English village of Yaughton and its surrounding areas, Everybody's Gone to the Rapture is a first-person explorer in which all human life has abruptly vanished. The silent player character wanders around town looking for answers, guided by shining lights that are drawn to spots of great emotional resonance; we don't see any flashes of people watering their lawns and feeding their dogs. As the player approaches, echoes of the people who once lived here are heard, bringing to life a town now dead. 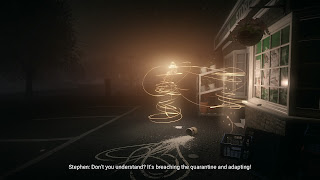 So what happened here? Was it a disease? An alien life form? Divine intervention? Maybe all of the above. The story focuses on both the relationship melodramas in town and the rocky science and marriage of Stephen and Kate, two scientists working at a local observatory. Memories of Stephen are encoded in phone calls; Kate's are trapped inside of radios and televisions. I won't go into too much detail on what you discover, but make sure you explore everything if you want the complete story. 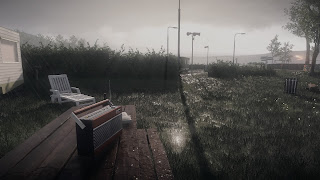 The basic thread tying everyone together is a quarantine that has isolated Yaughton from the rest of the country. How far the infection has spread is unknown, but given what we see it do here it's safe to assume the rest of the world doesn't have a clean getaway. Something, whether it's an alien life form, the will of god, or a psychic disease, has begun striking down the people of Yaughton. Headaches lead to bleeding lead to disappearance, as a panicked town tries to make sense of what's happening. The answers found at the end feel reasonably concrete, but given our final narrator's closeness to the subject and their isolation, it's hard to consider them an unbiased source. 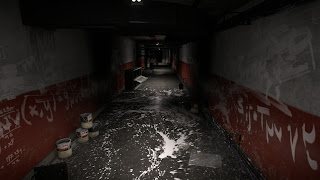 Everybody's Gone to the Rapture has the feel of a quiet horror story. There aren't any jump scares and there aren't any totally ghastly images. The fact that much of the game takes place in a bright, beautiful daylight feels comforting at first, but eventually lends itself to the general unease at hand. The desperation and fear (of both mortal topics and love life) in the voices you discover are essential to why this title's so effective; the story's not anything new, but the delivery and acting present hugely enhance it and the vast emptiness gives the whole experience a wonderful sense of sadness. 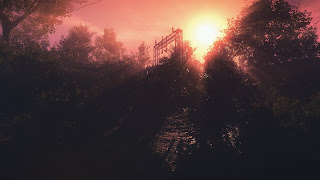 As an audio/visual presentation, Everybody's Gone to the Rapture is fantastic. The soundtrack's choral voices are perfect for its tone. The forests and houses you explore look wonderful, even if interaction is very limited. A few more personal touches in some of the houses would have been nice, but it's still a very engrossing world. One of the homes you can enter has a model train kit in it, and this one small, interactive piece of that room really gives it a lot more personality. While I'm very happy here, I would have liked to see more like that. 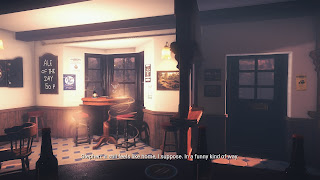 The only complaint I have about the game is one I've seen mentioned plenty elsewhere: You really do move way too slowly. There's a run button (R2), but it takes time to build up your run speed, it's not usable everywhere, and it's still too slow. The in-game control screen doesn't even tell you this button exists! It's a frustrating oversight, because while I appreciate the game pacing its story as it sees fit, sometimes I want to just freely wander the world and look around. It wouldn't hurt the story in any way if I could run at a reasonable speed when I'm not watching a story scene. 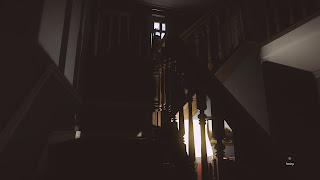 I'm hoping a better run speed option gets patched in, but otherwise, I was a big fan of Everybody's Gone to the Rapture. The seedy, voyeuristic vibe of starring at the lives and times of these strangers adds a threatening edge that works well, as I felt weirder about going into people's houses here than I ever have in a game before, in spite of the residents being long gone. This one's not for everyone, but as a fan of atmospheric storytelling and small town melodrama, it won me over.
Posted by surlaw at 12:12 AM