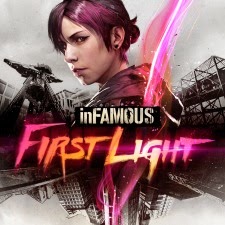 Often, downloadable story content in single player games feels either tacked on and lazy (Mass Effect 3's Omega) or something that should have been included in the first place (Asura's Wrath's entire final chapter.) Some companies do manage to get it right; Dark Souls' Artorias of the Abyss content is among the game's best, and the Left Behind side story in The Last of Us is wonderfully made. First Light, a downloadable prequel for Sucker Punch Production's Infamous: Second Son, manages to take things even further and surpass the base game in many ways.


First Light is one of several recent DLC campaigns that doesn't require the base game to play. Ubisoft in particular has been embracing this concept, with Far Cry 3: Blood Dragon and Assassin's Creed 4: Freedom Cry. Giving players a smaller, self contained version of the game play found in the full titles is an interesting way to present DLC. Done correctly, nothing in the base game feels lost or cut this way, and new players can take a chance on a game at a more affordable price. The funny thing with First Light is that, while I really enjoyed Second Son, I'd actually recommend it over the base game. 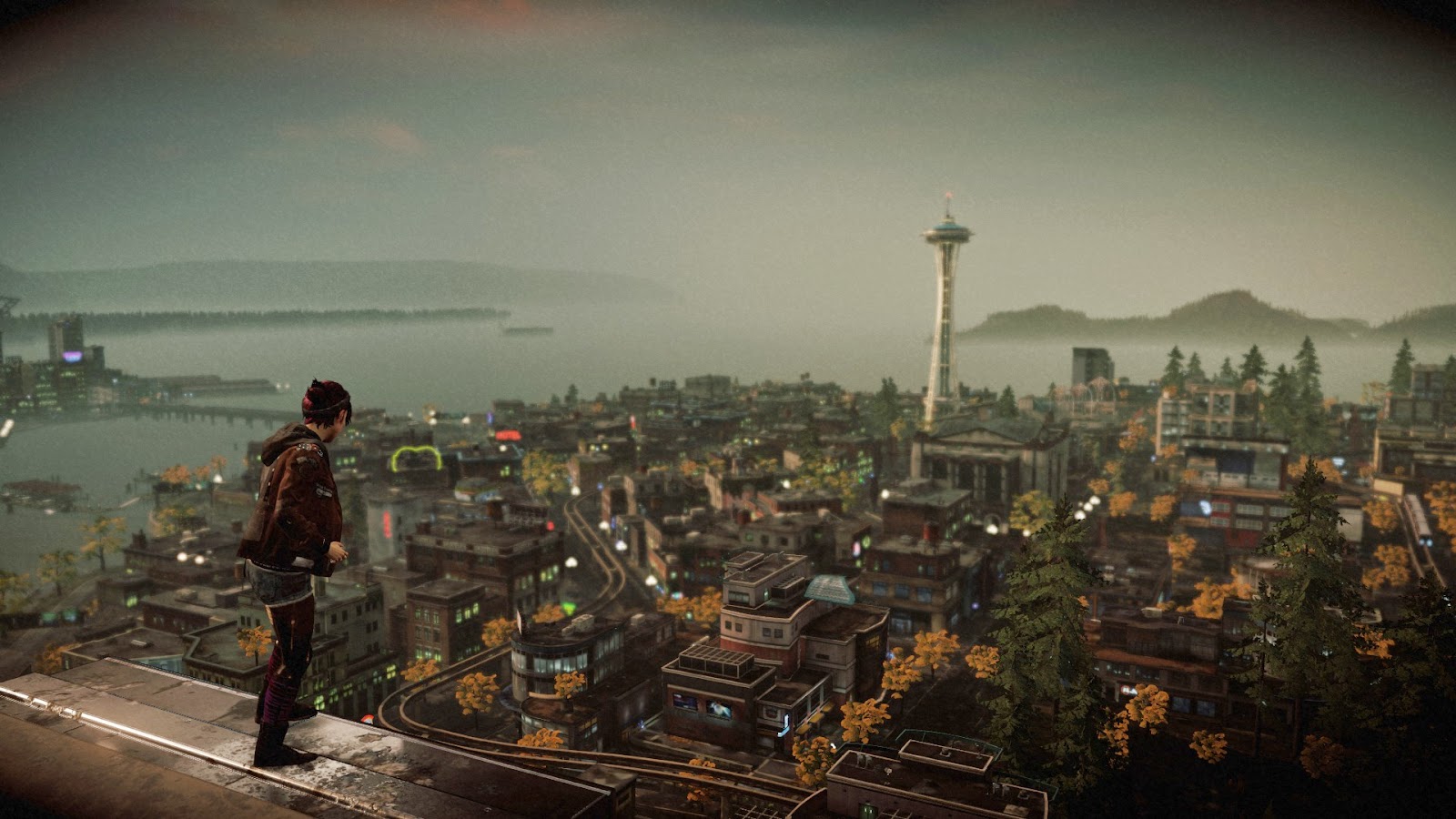 Set two years before the events of Second Son, First Light stars Abigail "Fetch" Walker, a supporting character from the main game. Fetch is a Conduit, a person with the ability to channel specific energy and elements and bend them to their will. In Fetch's case, that element is the neon gas found in gaudy storefront signs, billboards, and car underlighting. Her abilities include moving at incredible speeds, firing a variety of laser attacks, and slowing time to carefully aim her shots. While there are far fewer abilities in this game than there are in Second Son's main campaign, they feel more carefully balanced and refined. 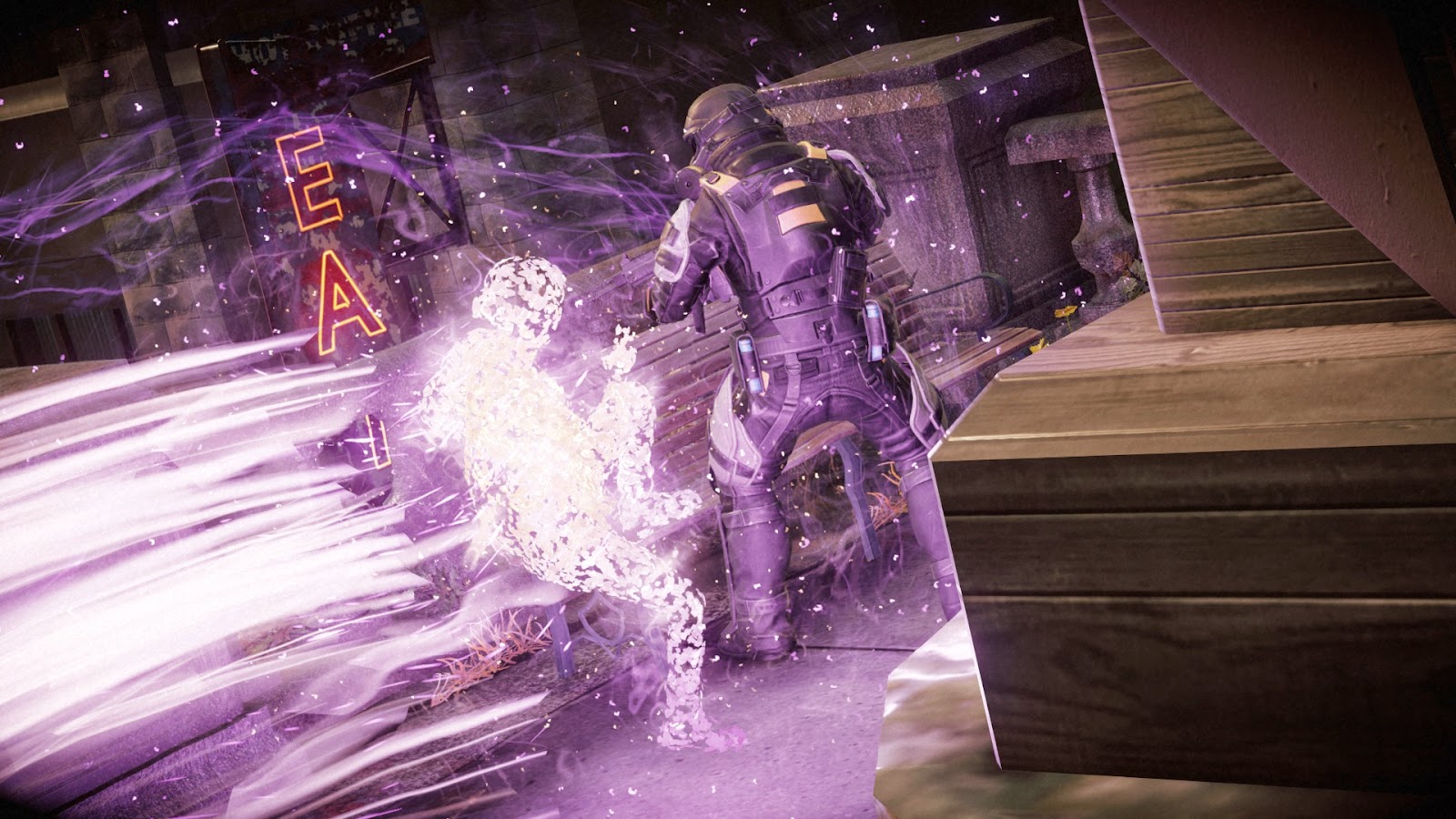 For the last few years, Fetch and her brother Brent have been in hiding, trying to keep Fetch's Conduit nature a secret. They live on the streets and eventually fall into addiction and crime, leading to a big screw up in which Brent's taken hostage by a Seattle gang. As she struggles to find and rescue her brother, Fetch gets deeper and deeper into the city's underworld and develops her powers in more deadly, destructive directions. She's a tragic figure that hits rock-bottom by the time her story ends, as she sits in Curdon Cay prison, telling her story to Second Son's main antagonist, Brooke Augustine. 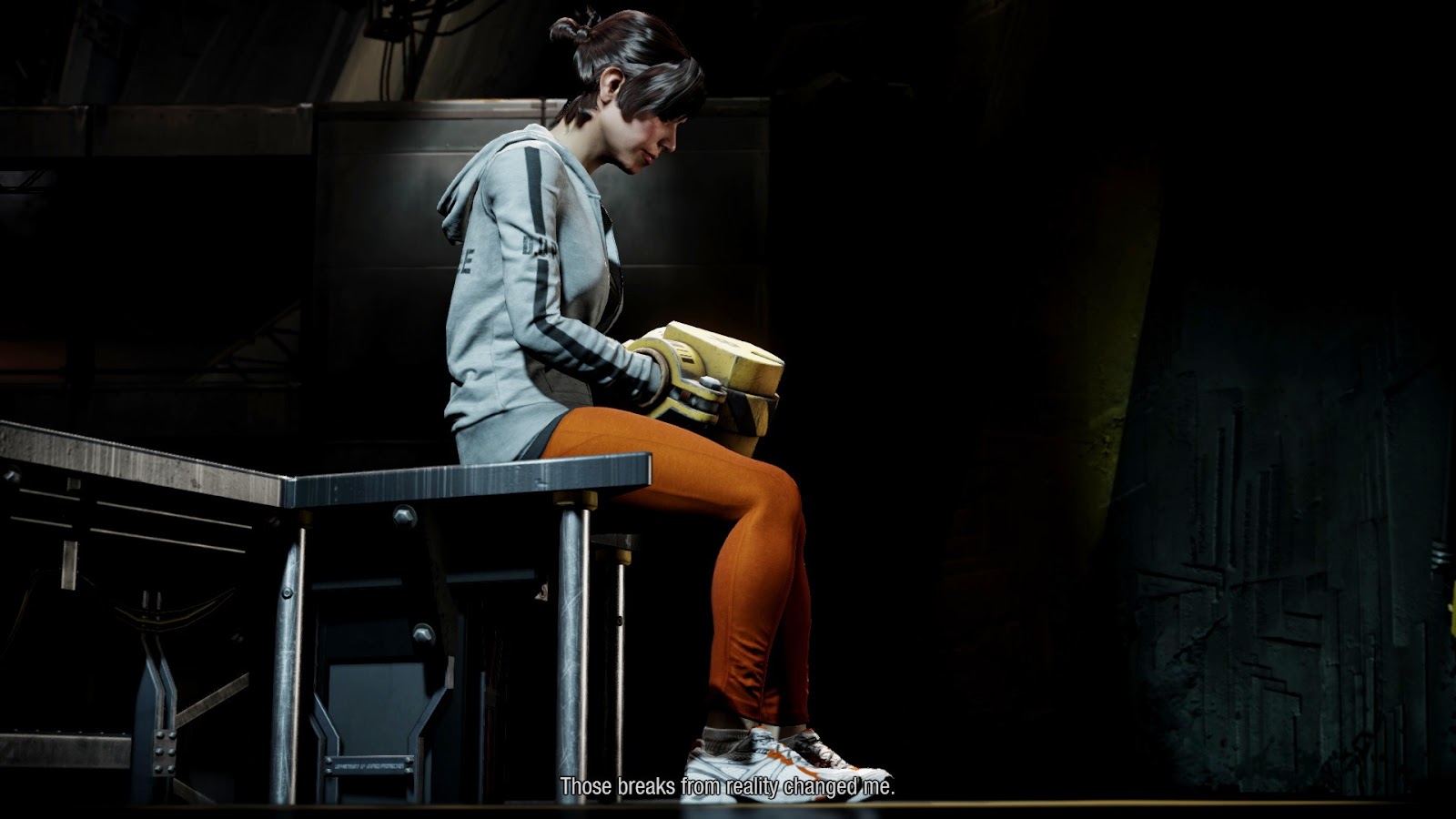 There are a few major things that First Light's story does better than Second Son. I liked Delsin, the smug dummy hero of Second Son, but Fetch is a more rounded character with a more grounded sense of identity and it's fun to watch her powers unfold. First Light's antagonist, the drug-runner Shane, is a horrible guy, but more believably horrible than some of the villainy in Second Son. Even Augustine feels more human here, as we get to see a more subdued, less masochistic take on her. Best of all, First Light dumps the series' Moral Choices, which never felt quite right and just made some of the storytelling awkward. 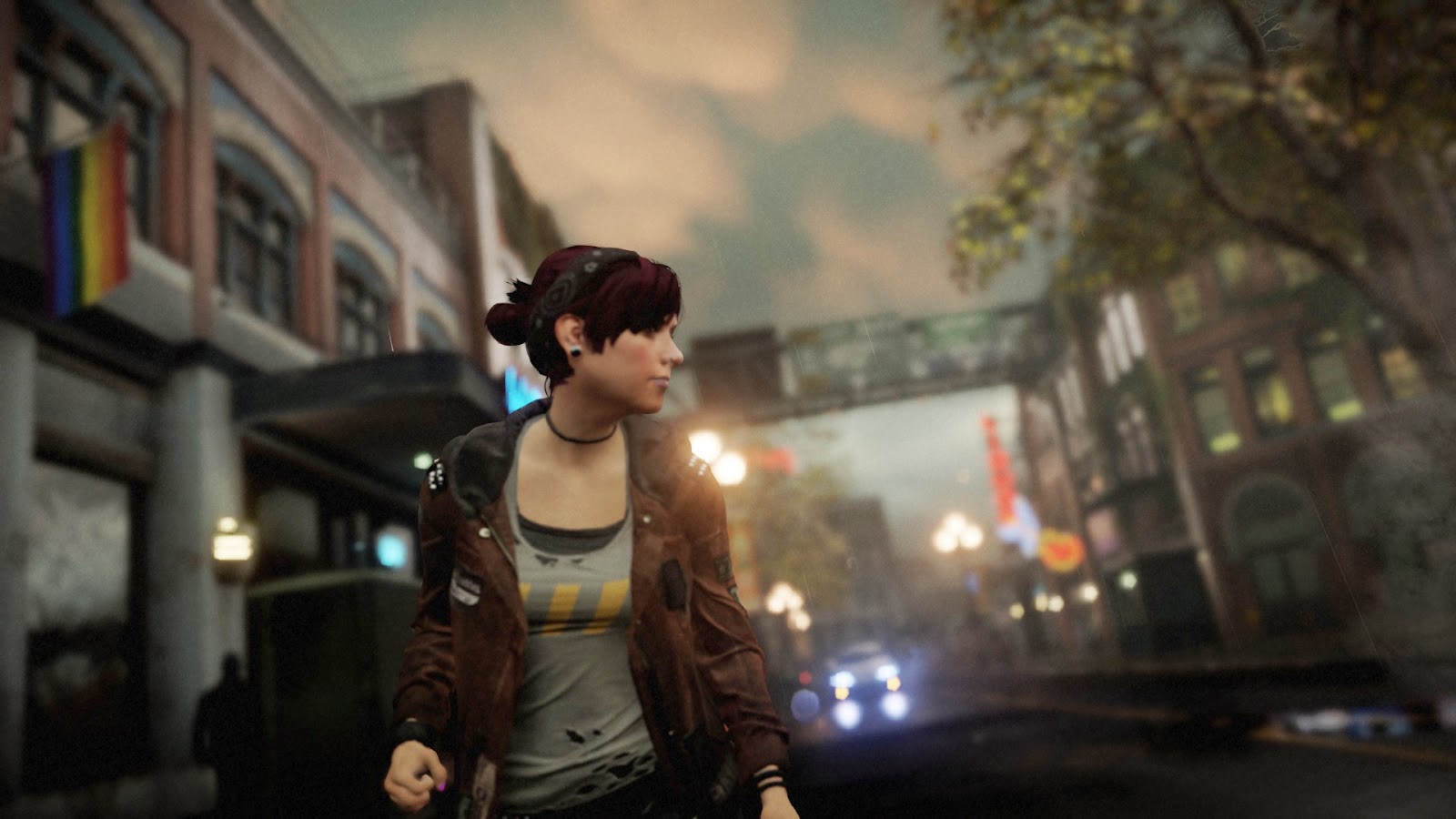 Game play is set in the northern half of Second Son's Seattle. You've still got a very large area to play around in, but fewer side missions to take on. Thankfully, the side content here is all pretty fun, aside from a few slightly boring missions where you've got to find hidden police cameras. It's a small, tightly contained open world setting, and none of the story missions feel like a distraction. The game's campaign is only three or four hours long, but what's there is so well paced and cleanly composed that its length feels completely correct. For players who want to invest more time, there's an extensive Battle Arena mode. 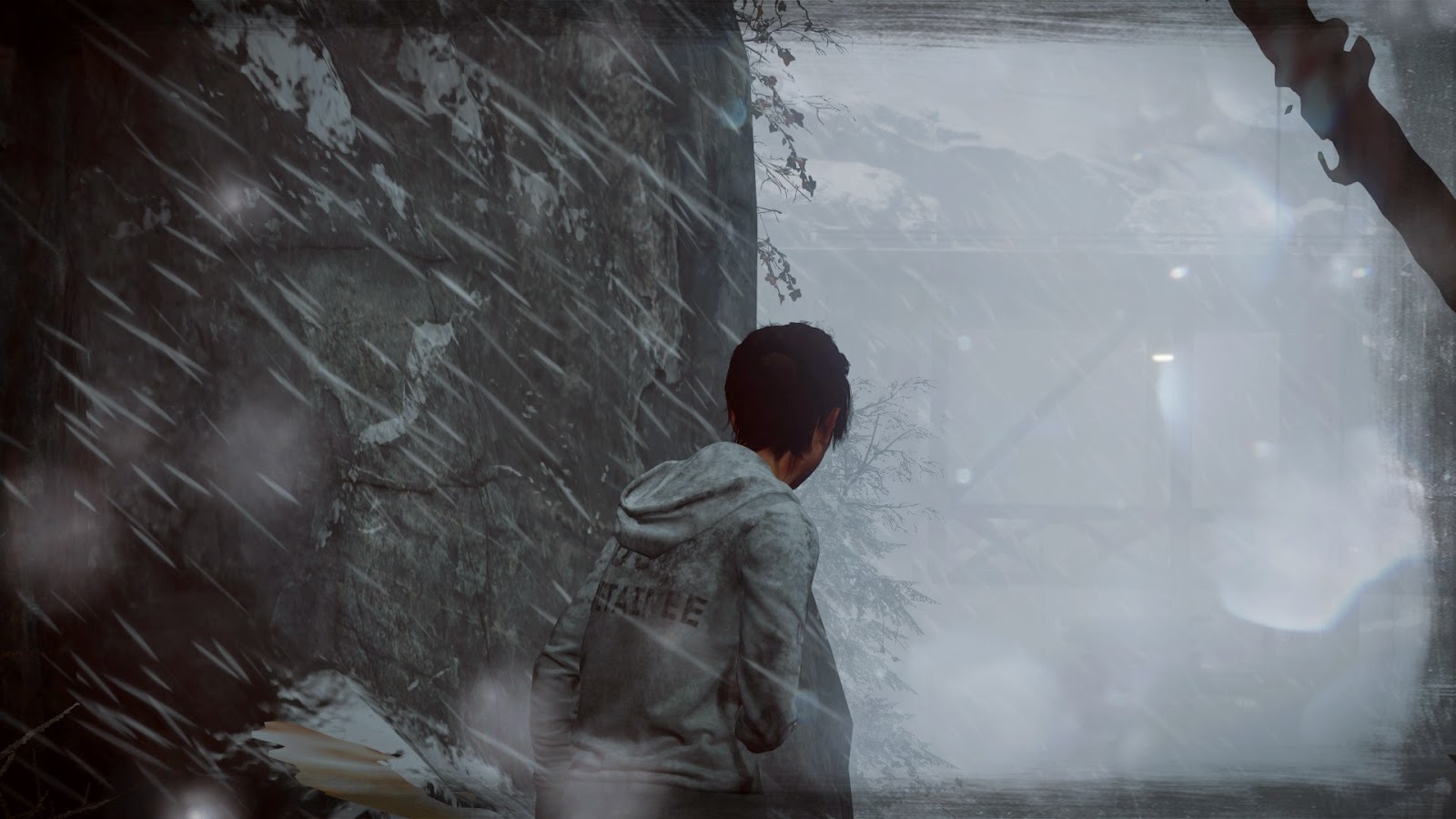 For most of Second Son and First Light's campaigns, players can fight enemies pretty sloppily and still win every fight. Aside from a few moments in Expert mode, you don't really need to get good to finish the stories. Battle Arena changes that up, presenting a series of endless, progressively harder enemy formations in one of three different arenas. They're harder than anything else in the game, and far more rewarding to survive.You can play for high scores or play to complete a number of specific challenges, ranging from defeating X number of each enemy to hitting five enemy weak points before your slow motion timer runs out. The first two arenas offer a survival mode and a rescue mode, where you need to protect hostages from enemies. If you've got a Second Son save file on your PS4, you can also play these missions as Delsin. 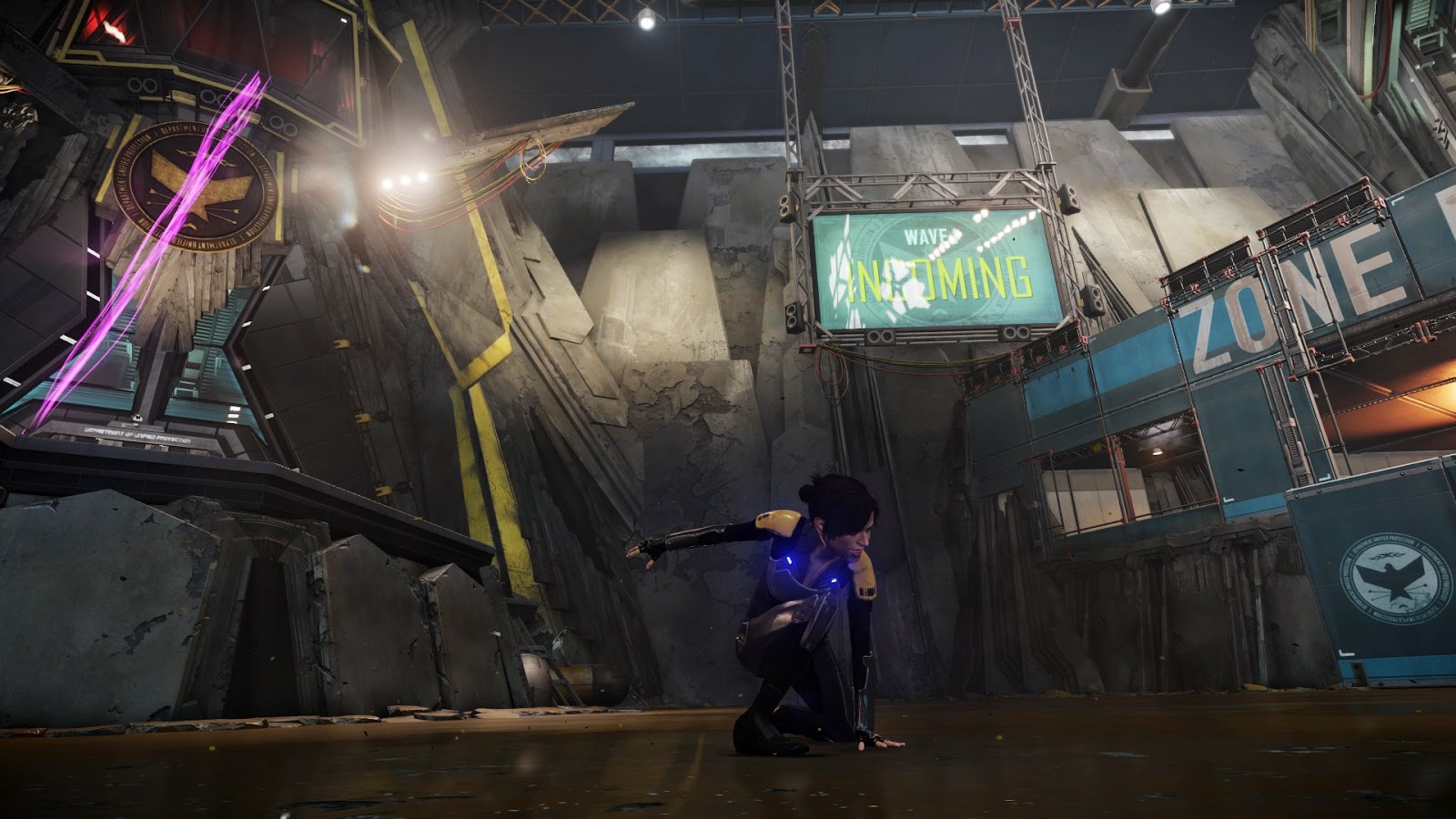 Second Son's a solid game, and well worth picking up, but I really think First Light does it better. For players new to the series, it's a great point to jump in, and for people that enjoyed Second Son and want some more, it's a very good expansion. I hope that for the next installment of the series, Sucker Punch looks at just how well First Light works and focuses in its direction. 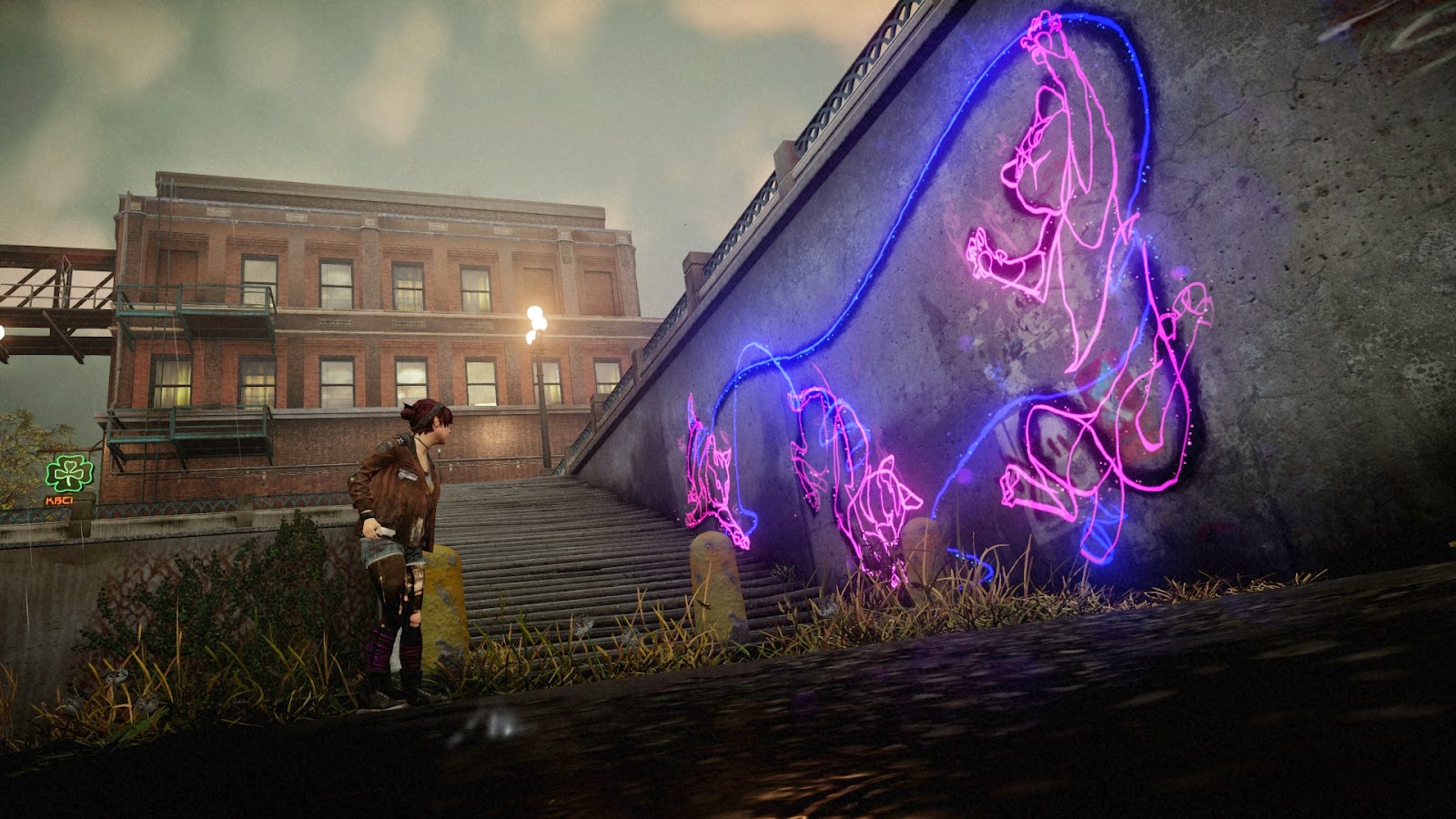