In 2010, a bizarre freeware PC game called Octodad was released by a group of students at DePaul University in Chicago. Players control a normal, every day dad in his day to day tasks as he works to hide a terrible secret: The dude's actually an octopus. As he oozes from room to room, Octodad works hard to keep his family happy while barely able to avoid destroying everything in his path with his flailing tentacles. The game quickly caught people's attention for both its extremely unorthodox control scheme and its wonderfully goofy sense of humor, and nearly four years later, a sequel/remake would be released with the amazing subtitle Octodad: Dadliest Catch.

Young Horses' latest Octodad game was one of the first PS4 titles to catch my attention, months before the game actually hit the PSN store. It was one of the first games included on in-store demo kiosks for the system, which is pretty shocking considering how bizarre the game is. I think this was a great choice; it showcased Sony's interest in promoting off-kilter indie games as well as serving as a perfect demo for what the game's all about. The opening scene (available in its entirety in this demo) consists of Octodad preparing for his wedding day, from the hassles of getting dressed to avoiding the usual piles of banana peels left behind on church floors to getting the ring on his beloved Scarlet's finger. It's a short scene that provides an intuitive tutorial for how the game plays and really sells players on its sense of humor, and I hope the demo version gets added to the PSN store soon so that players wavering on whether or not to buy Dadliest Catch can have a free taste of just how great this game is. 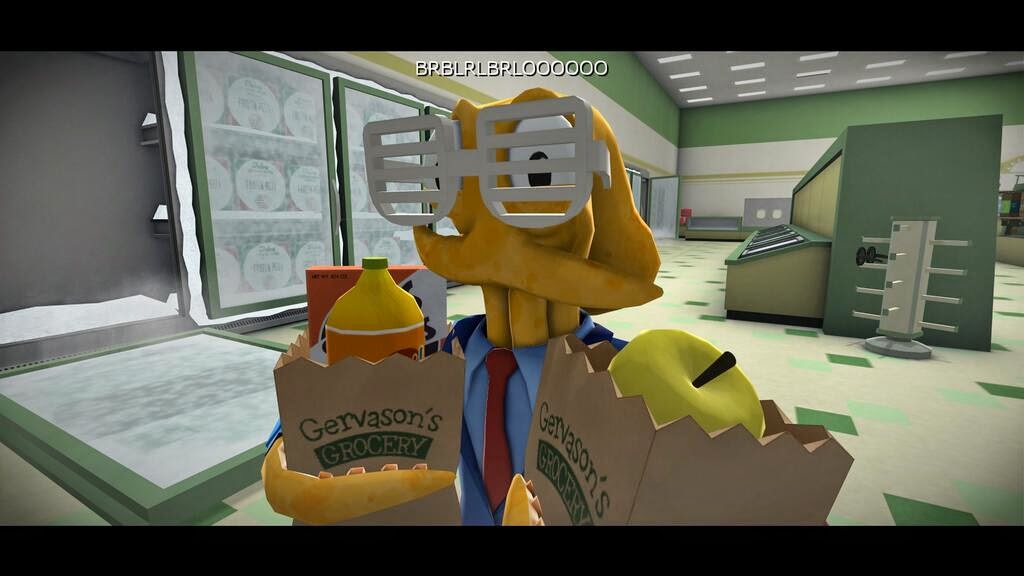 To move Octodad around, players use the L2 button to lift his left leg and R2 to lift his right. The momentum and direction of the legs is controlled by the left stick, and while no legs are being moved players use the two analog sticks to control Octodad's primary gripping arm, used to solve puzzles, cause mayhem, and generally be a slippery nuisance. It's unconventional and hard to wrap your brain around at first, but once you've played enough of the game it becomes surprisingly natural, allowing you to navigate some pretty tricky puzzles, the hardest of which are an optional area and picking up various collectables. There's also a really satisfying co-op mode, where multiple players can control different limbs simultaneously. While Dadliest Catch is totally fine as a single player game, I really think it shines when played with another person. I played through the entire story mode cooperatively for my first time through and loved nearly every minute of it. 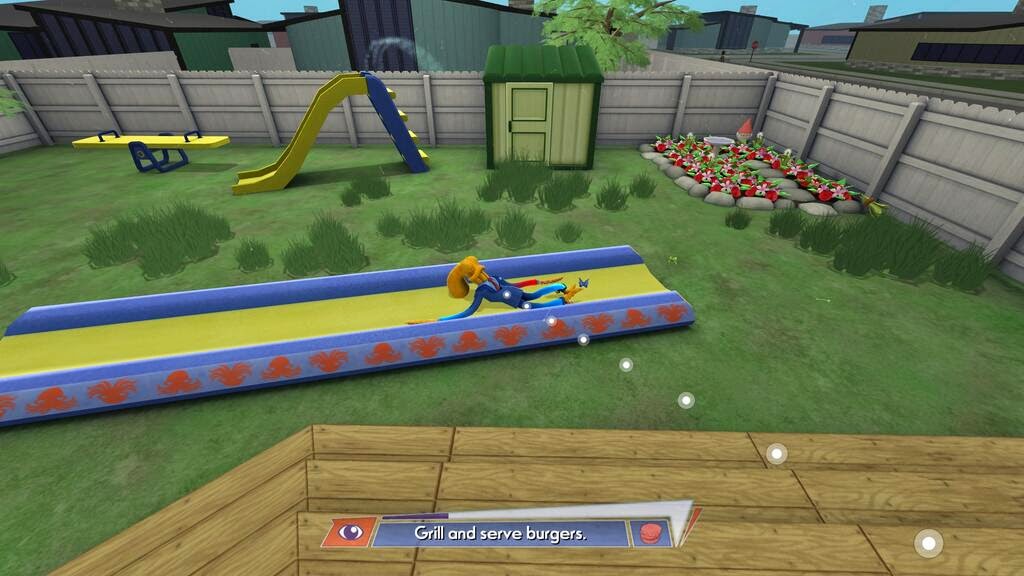 The game is divided into two pretty different halves, the first of which covers the mundane life of Octodad and the second which covers more adventurish, more video gamey set pieces. Both halves are great, but I definitely preferred the time spent blobbing around the house, yard and grocery store over the more puzzle-heavy aquarium adventures. There's one segment towards the end that involves crawling around on rafters that I found especially frustrating, but it's the only moment in the game I'd say I wasn't a fan of. Well, aside from the Pewdie Pie reference in the grocery store. I could have done without that too. 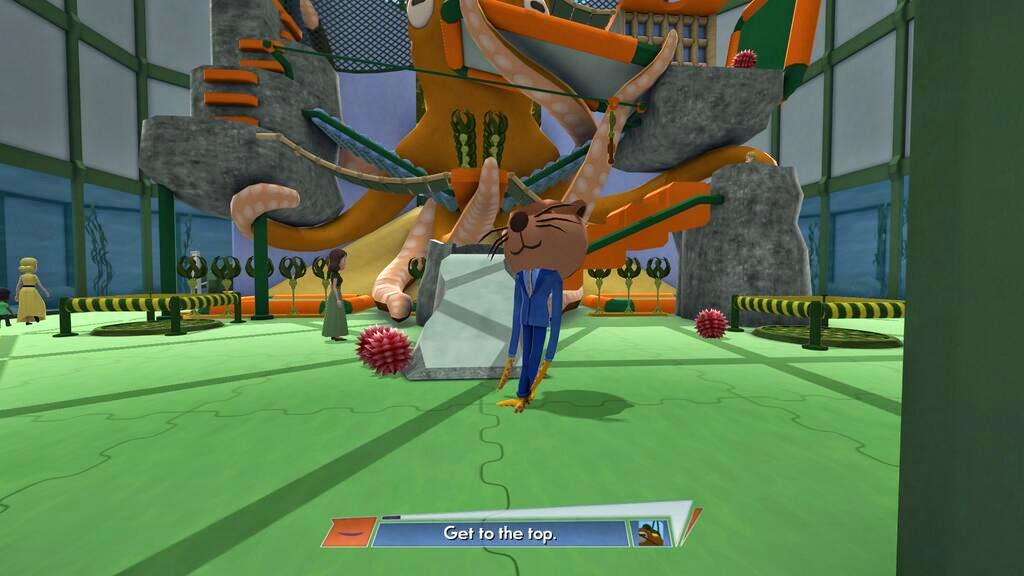 There's been some discussion on Octodad as an example of an everyman character dealing with disability and that's the kind of thing I love seeing when talking about games. From my time playing them to my time making them to my time writing about them, I clearly love video games, but for the most part the subtext of the average game is shallow and empty enough that I'd say in most cases, even "good" games have less worthwhile to say than most "bad" movies. Happily, that's been changing in the last few years, as more and more games are being made with social and personal commentaries that actually mean something, though big budget games still lag behind the indies in this department. Octodad's something special in that it has a very straightforward, positive message on top of its subtext, and in a format that's very family friendly. 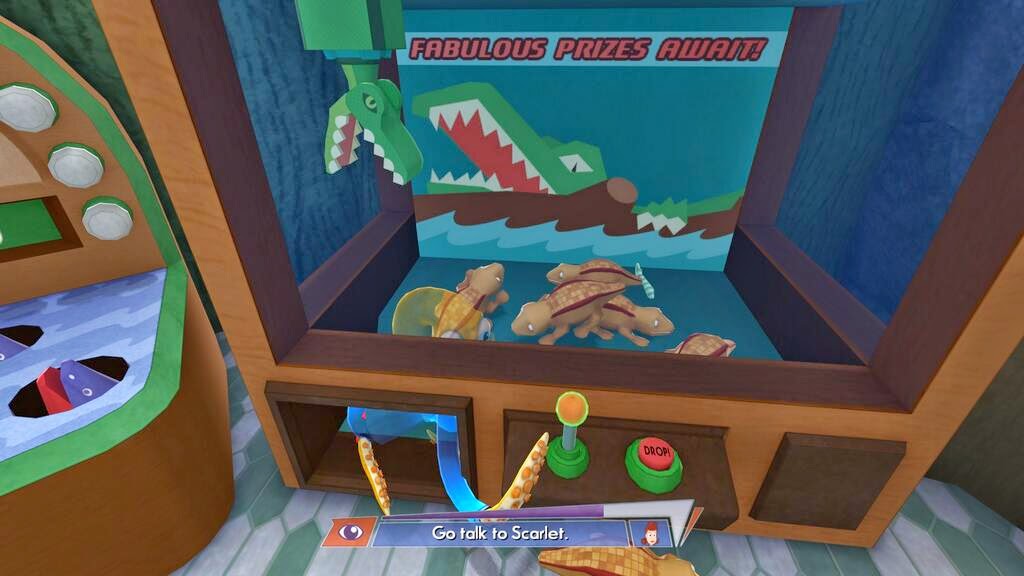 I've said many times that I think too many indie games cater to an insular audience, whether it be with extremely pointless gore or with exceedingly frustrating difficulty levels that can easily turn away mainstream players. Dadliest Catch is pretty much perfect in this regard; the controls are certainly weird, but they become natural as you progress, and the game is never punishing. You can take your time, plan your moves, and carefully flail your way to victory even if you're not a pro at video games. There's nothing here that requires you to dedicate years of playing to understand, and both the humor and story can be easily understood by any audience, even if it's not to their taste. As far as tone goes, Dadliest Catch is probably the closest the games industry has seen to a Pixar film thus far and it's completely charming from start to finish. 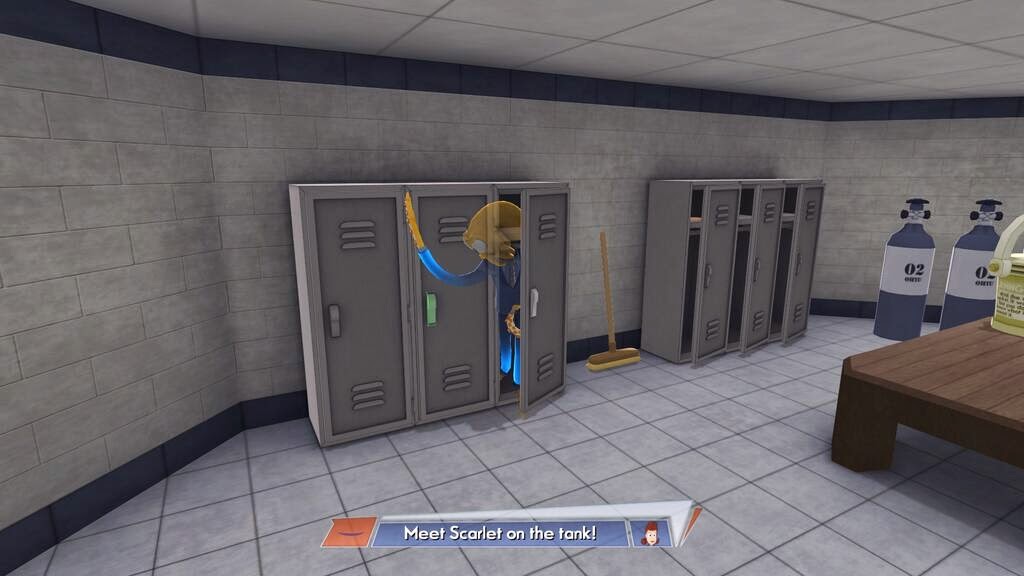 At about three hours long (longer if you decide to collect all the optional ties and complete the game's rather small trophy list) Octodad is a short but very well paced experience that is, so far, one of my favorite of the year. There are some moments where the camera becomes a problem far more so than the game's controls, but aside from that I've got no issues. The game's cartoony visual style is great and it's got a fantastic soundtrack. Playing through this game for the first time brought me back to the joy of the first time I sat down with Katamari Damacy, even if the two games are very different at their core. Both adopt a thoroughly earnest sense of joy that can be appreciated by audiences of all ages. 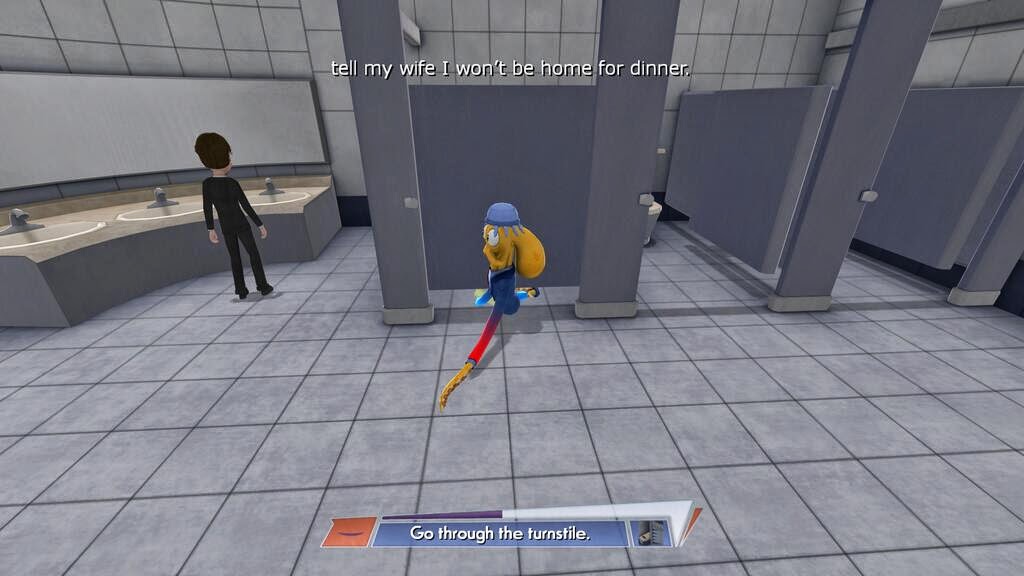 Spoilers regarding my final thoughts on the story below: If you're interested in going in fresh, come back here after playing through the game.

My personal favorite thing about Octodad's story is that once his family learns his Terrible Secret, they don't change their feelings about him; he's still the man Scarlet fell in love with and still the father that his two kids love having around. While the game certainly comments on the way you're treated for trying to fit in (Scarlet begins to question what's really going on in Octodad's head as he digs deeper and deeper into playing the role of a human), it also shows Octodad learning that being true to himself and open about his identity is a huge relief.

Octodad can't be completely happy living this lie (he seems fully at peace for a brief moment when dumped into an aquarium tank and stripped of his human disguise) but fears losing his wonderful family if they know the truth. As it turns out, keeping it a secret only caused more frustration and possible resentment to grow in Scarlet (her dialogue in the arcade is pretty depressing) and once it's all out of the closet, she can finally accept him for who he is. On top of that, their daughter Stacy knew all along, but never thought anything of it. Octodad's true identity was obvious to her, but she never once saw it as a negative or even weird thing. He's just her dad, and she loves him. 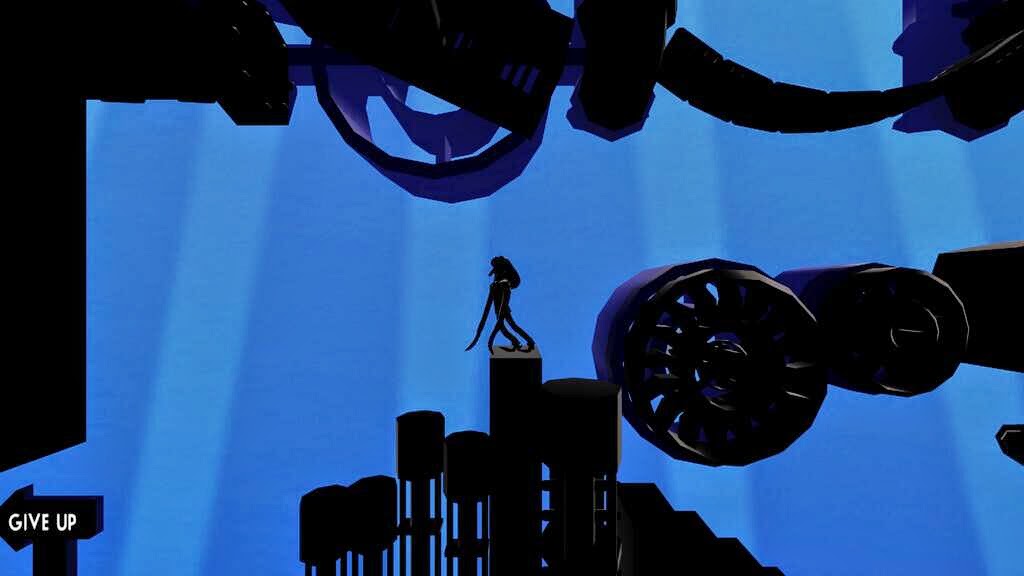