Lots of games try to hit emotional chords and just fall completely flat, both among blockbuster titles and indie games. I've got plenty to say about the games that fail in this regard, but there's enough negativity in the gaming world. I'd like to focus instead on some titles that really stand out to me as success stories. This is far from everything (I could, and should, write a whole article on why Yakuza is the best comedic series in gaming) but here are examples of some of my favorites. Be sure to tell me yours! 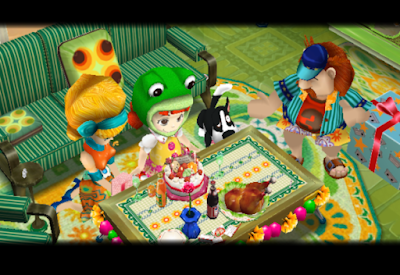 Chibi-Robo (2005) - In spite of the glut of mediocre to bad sequels, Nintendo's original 2005 Chibi-Robo title is the company's strongest narrative game. It's silly on the surface; essentially Toy Story, with the player controlling a miniature Roomba on legs. Once you get into the story, Chibi-Robo hits on harder themes. He helps both his fellow toys and his human owners, all of whom have their own personal crisis going on. At its core, we've got a husband and wife with a marriage on the rocks raising a daughter who has emotionally isolated herself from the rest of the family. It takes some weird turns, but the focus here is on bringing happiness back to these distant people, with Chibi feeling less like a machine and more like the family dog. 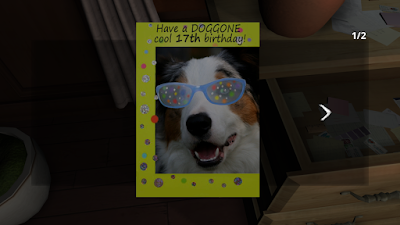 Gone Home (2013) - One of the games that kickstarted the popular "explore rooms, pick up stuff, find audio logs" genre, Gone Home remains one of the best. It keeps its story small and very personal, with players controlling a college student who comes home to an empty house where she unravels her family's secrets. Gone Home is smartly paced and strongly written, and every piece of the house you explore develops the Greenbriar family further. An excellent example of using a location as a character. 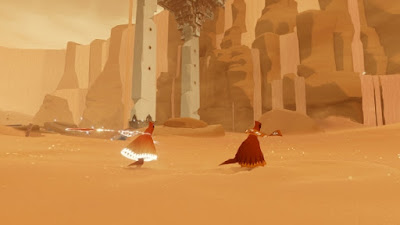 Journey (2012) - Players control a cloaked figure on a pilgrimage to a holy mountain; along the way, they may or may not meet other players, passing by or joining them for brief, fleeting moments of companionship. There's no communication outside of chirps and jumps, and yet I felt a bond with the other players I encountered on my voyage. There's a lot of joy of discovery here, and the human interaction, while limited, absolutely shaped my experience. 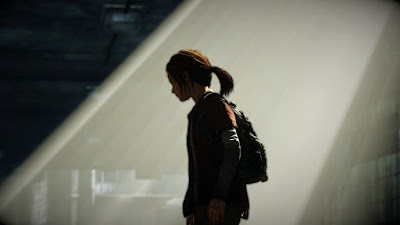 Last of Us (2014) - The peak of Cinematic Video Gaming so far. Joel and Ellie's relationship growing from distrust to friendship to family is so genuinely well done and well written that it rises way above the typical Doomed Zombie World story. This is one that could be done as a movie or TV series, but the added personal investment of being the one to actually pull the trigger during the game's violent scenes is one unique to the medium. Joel may go too far, but that's on you, as the player. The standalone DLC, Left Behind, is also an excellent, emotional character piece. 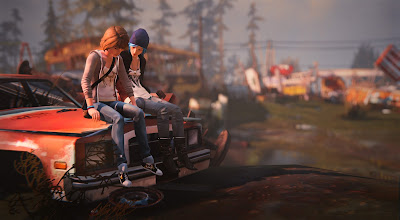 Life is Strange (2015) - In spite of being put off by the awkward teenage dialogue at the beginning, Life is Strange won me over very quickly. Almost entirely narratively drive, it's one of those games where the game mechanics (being able to rewind time and make different choices) are inseparable from the narrative. This one would not work nearly as well in another medium. An excellent coming of age story mixed with some surreal madness and a handful of David Lynch nods. 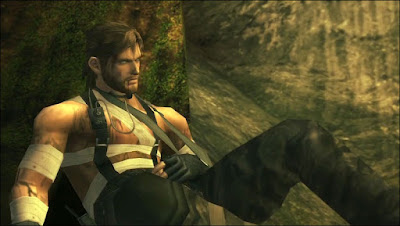 Metal Gear Solid 3: Snake Eater (2004) - I actually think the stories in Metal Gear Solid 2 through 5 are all fantastic; their presentation can be disjointed, poorly paced, and full of odd derails, but their core themes are delivered so well that the bloated bits become charming. MGS3 remains my favorite. It's a story of discovering that someone you admire doesn't live up to your idealized vision, with Snake struggling to reconcile the hero worship of his mentor with the hard choices she's forced to make. In the context of the sequels, it's a brilliant breaking point as we watch good people warp themselves into something monstrous in order to relive and reignite their misplaced worship, putting a focus on symbols over people.

Nier (2010) - Every character arc here is excellent. We have Nier, a man trying desperately to find a cure for his daughter's illness; Kaine, a woman struggling with her identity both physically and emotionally; Emil, a cursed child who finds a family in our party of outcasts. The world itself is rotting, but our lead characters find hope in each other's company, even at the worst of times. There's a big focus on who we really are vs. who we present ourselves as and the way society judges based on those appearances. Its final, true ending remains one of the best uses of games as a storytelling medium that I've seen. 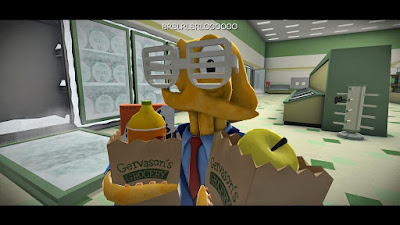 Octodad: Dadliest Catch (2014) - Like Chibi-Robo, Octodad has an extremely silly surface with a meaningful emotional core underneath. Sure, its face the story's about a dude hiding the fact that he's an octopus from his family, but the subtext of the story is about identity issues in general; will my family still love me if they know my secret, how will the people in my life judge me, how do I deal with needs I feel forced to hide? My full review goes into more depth. It's optimistic, it's funny, and it's a great game. Another one that really works within its medium; the oddity of Octodad's controls fit into themes of struggling with disability and the lengths we go to to fit in. 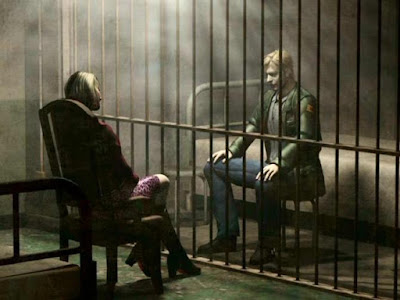 Silent Hill 2 (2001) - It's been 16 years and still no other game has had such a successful blend of surface and subtextual, emotional horror than Silent Hill 2. Every little bit matters. Every monster, from the horrible human-bed hybrids to the monstrous nurses directly relates to the psyche of our main cast in the way later Silent Hill titles largely fumble. It's a journey through purgatory that's almost completely disconnected from the rest of the series and that's a good thing; Silent Hill 2 focuses on James dealing with his wife's death rather than the rest of the series' apocalyptic cults and old gods. 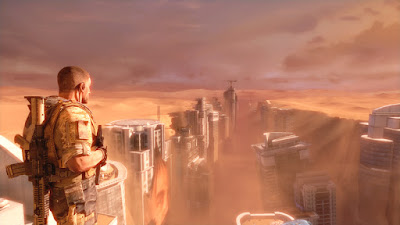 Spec Ops: The Line (2012) - A game very heavily and openly influenced by Coppola's Apocalypse Now, Spec Ops plays like a very standard military shooter with a big tonal twist: The focus is on the existential horrors of war and its psychological toll rather than the physical danger. There are a few bits that are overly scripted and force you into some bad choices, but the payoff is so well done that this can be overlooked. It's a game that falls into the "player/viewer is the real monster" category. 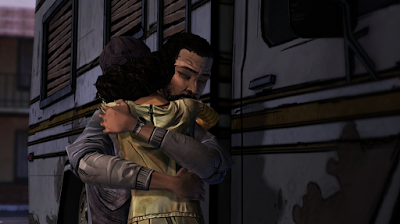 The Walking Dead (2012) - Telltale Games' original interactive movie-game spinoff remains the best written Walking Dead content between the growing universe of comic books, TV shows, and games. Even their own sequel didn't live up to the level of quality set here (I haven't played Season 3, though. Maybe it's better than #2.) Walking Dead, like many Telltale Games titles that followed, allows players to make a wide range of choices that manipulate the game's tone, rather than its plot. The narrative outcome is more or less the same no matter what you do, but who you are and how you relate to your fellow survivors and surrogate daughter can change greatly.

What games have really affected you? Do you feel guilty knocking a Goomba out of its shoe in Mario 3? Do you go into a zen state in Tetris, as you work to build a tower only with the intent of wiping it away? Let me know!
Posted by surlaw at 11:48 AM