Along with much of the gaming world, I've been captivated by From Software's Souls series since its debut with Demon's Souls in 2009. This action-adventure series, with its focus on exploration, mystery, and punishing combat, has become one of my all-time favorites, and I'm certainly not alone in that regard. Everyone's got a favorite; just in my own circle of Dark Souls friends and acquaintances, I don't think there's anyone who would rank these five games (including Dark Souls 1-3, Demon's Souls, and Bloodborne) in the same order.

I've loved them all! Each Souls game has its own strengths and weaknesses for sure, and hardcore fans aren't going to come to a consensus on what those are. Feel free to debate it in the Comments section! Before diving into my thoughts on Dark Souls 3, here's a summary what I think of the previous games in release order. Click the titles for detailed reviews.

Demon's Souls has an incredible atmosphere, but overly obtuse mechanics, the worst being World Tendency, a system where NPC appearances and enemy strength levels could change based on how many times you've died in an area. An interesting idea, but not well executed, and it barely works if you're playing online. The Maiden in Black, a mysterious woman who aids you throughout, is a fantastic character, entirely thanks to her otherworldly voice performance.

Dark Souls is my favorite of the mainline Souls games, with incredible stage design, memorable NPCs, and what I feel is the best flow from zone to zone. Its world feels amazingly coherent, and cracks only start to show in the game's last few zones, which are definitely weaker than the rest of the game. The giant serpent Frampt is one of my favorite NPCs in any of these games, and it also features the classic Sun Bro Solaire and Onion Knight Siegmeyer.

Dark Souls II is a step down, but still a great game, especially in its revised edition, Scholar of the First Sin. DS2's zones are less coherent, both thematically and design-wise, than DS1's, but it maintains a strong, consistent quality throughout and again features some great, memorable characters (I love the talking cat and the merchant Gavlan.) This game's weakest zones are its first few, and its strongest are its well-designed, sprawling DLC areas, included as part of the main game in the Scholar edition.

Bloodborne, a spin-off title with a greater focus on fast-paced action, is my favorite one. While the Souls games focus on worlds filled with subtle mystery that players can uncover on their own, the themes of Bloodborne are much more blatant, and its subtext much richer. The focus on sexual elements, from reproduction to disease to anxiety to shame, gives Bloodborne a unique place in the series. The present nervousness, fear, and slight ray of hope on display feel far more human to me than the exploration of desolate, lost kingdoms long fallen in the other titles. Don't get me wrong though; I'm a big fan of that stuff too. Bloodborne's only weakness comes in the form of its Chalice Dungeons, a huge series of optional areas which are the most visually boring in the series. Micolash, a cackling prankster boss, is this game's best character, and also its Waluigi.

And that brings us up to Dark Souls III, a title billed as a conclusion to the Dark Souls series. As such, many familiar callbacks to the previous games pop up, including NPCs we've met before (or really close analogues.) One of the multiple endings available does indeed give closure to this world, but I'm 100% certain we'll see more Souls-type games from From Software, even if it's spin-offs like Bloodborne. I love these games but I've never truly been invested in their lore; for me, these games are all about physical exploration of the world, then combat, then online cooperation. The worlds' histories are flavor which enriches them, but not a main draw for me. As with all things Souls, your mileage will vary! 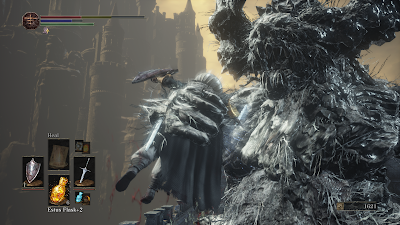 With much stronger art design and much more coherent maps, Dark Souls III is certainly an improvement over DS2. Its boss fights are almost all well balanced, none of them as easy as DS2's easiest and none as hard as some of Demon's more relentless ones. Like all Souls games, DS3 is largely fair, and if you start to falter, friends are always there to back you up, at least as long as people keep playing online. This entire series, for all its tales of despair and isolation, is basically a horror-RPG take on the lessons of Bubble Bobble, teaching players that the strongest power of all is friendship. 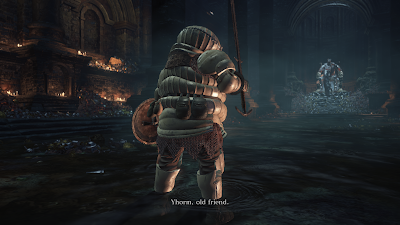 Fire, both as physical presence and as a spark of life, has been a major thematic element throughout the three Dark Souls titles. Here, it takes a more central position, as players seek out the undead Lords of Cinder to return them, forcefully, to their thrones, as the Age of Fire begins to draw to a close. Familiar enemies and heroes rise up and struggle against the changing world, as a sort of meta-narrative in which the game's very characters fight against the series ending. 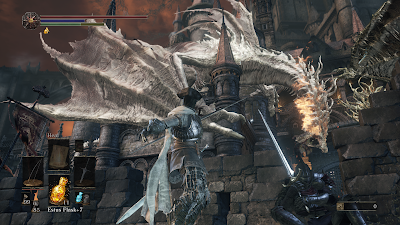 The world of Dark Souls III is fragmented at first, with players warping between early zones instead of walking organically between them, but after the first few zones, the game's world becomes much more solidly connected. It's a little strange coming from the previous games, but it works. The maps are large and exciting, and though there are one too many dead ends leading to Dung Pies it's nonetheless a thrill to just wander/run for your life. The only major change I'd make, as far as stage design goes, is that I'd cut down severely on the number of Mimic treasure chests. Mimics are scary when they're an unexpected threat; when it feels like 75% of chests are Mimics, they become just another enemy. 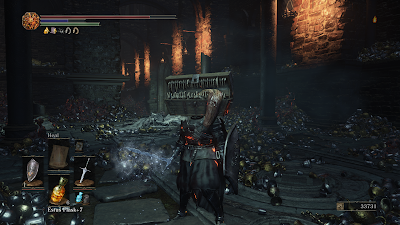 Mechanically, Dark Souls III is quite close to the previous games; use the shoulder buttons to attack, guard, parry, and cast spells. Dodging enemy attacks is as important as ever, and time you perform an action you'd better be prepared to fully commit to that choice, with the same hard-but-fair challenge I've grown to love in these games. 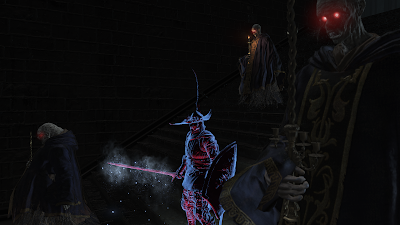 The game's biggest addition is the Weapon Skill system, where each type of weapon has a unique ability associated with it. For instance, daggers have a Weapon Skill that allows you to very quickly dash in any direction, while Pick Axes allow you to temporarily boost stamina recovery and certain swords allow you to spin wildly. It's a nice feature which adds more options to the already large pool of weapons available. These skills use the same pool of magic points as your spells, which no longer have a set number of charges as in DS1 and 2. Going back to the system used in Demon's Souls, players now have to watch their overall magic points, but there's a new, secondary Estus Flask recovery item for restoring magic instead of health. 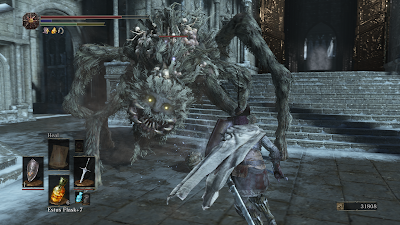 As mentioned earlier, familiar characters pop up in this game; the Blacksmith Andre returns, a differently named but almost identical Onion Knight appears, and armor from previous game characters is plentiful. A bunch of previous NPCs show up dead, and one returns as a hilarious statue. There's another Crestfallen Knight, though this one's a bit different. Patches is back, as always, and has his best reveal of the series. The characters here certainly aren't bad, but they function more as familiar symbols than as their own real people. There's nothing as shocking as Frampt's arrival here, no one as ethereal as the Maiden in Black, no one as hilarious as Gavlan or Micolash. 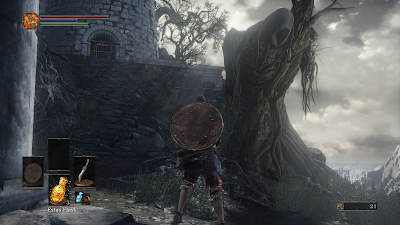 Multiplayer works exceptionally well, though a few online-focused Covenants work just as poorly as they did in Dark Souls II. A little frustrating, but not a deal-breaker. It's more fun than ever to pop into another player's game and guide them to victory, with faster loading, more reliable connections, and the removal of DS2's terrible Soul Memory system, which eventually capped your ability to assist/invade others even if your levels matched up. 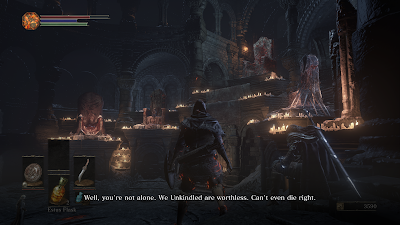 Dark Souls III doesn't do a whole lot new, but it does what it does with such grace that I'm fine with this. It's more consistently good than Dark Souls 1 or 2, but doesn't hit the same peaks as the original game, nor does it hit the same lows as any of the others. It's a wonderful game, and certainly one of the year's best, but I'm completely fine with From's decision to take a break from the series, even if I suspect that will be fairly short lived. 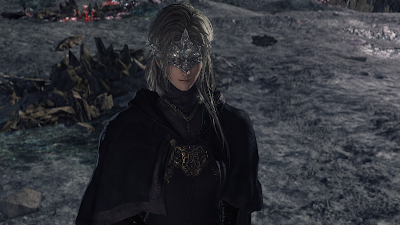