This article discusses the online component of Metal Gear Solid V and contains no plot spoilers for the main game.

In my Metal Gear Solid V: The Phantom Pain review, I declared it to be my favorite game of the year, in spite of a few snags and some dangling plot lines. I touched briefly on the game's built-in online mode (separate from Metal Gear Online, which is essentially a separate game), an optional system in which players can build Forward Operating Bases to mine resources, house staff, and speed up research development/combat missions. After a base is built, it's open to invasion by other players at any time (with a cool down period) whether you're currently playing or not; if you're not there to defend it live, you'd better hope you've put enough resources into your AI guards to defeat the invader.

Your soldiers, your resources, and your standing in the world stage are all at risk, and even though there's no direct connection to the main game's story, the Forward Operating Base system (FOB) silently delivers a meaningful message on deterrent and disarmament using its gameplay as its story. 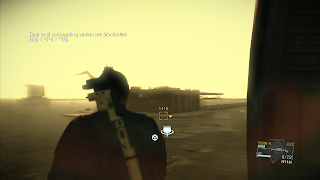 Before getting into that, here are the basic pros and cons of the FOB mode. Having an online base is great for leveling up your crew, gathering resources, and gaining additional deployment squads for the main game's automated combat missions. There's a clear risk/reward system at play here, as you've got to spend resources to defend the base and being open to invasion means some of what you earn is almost certainly going to be lost. For me, it was a worthwhile trade-off, and I put lots of in-game money into keeping my FOB operational. You can also use real world money to expand further and build more bases, as well as buy insurance against loss/injury, but I find this practice detestable. Paying real dollars for theft and health insurance in a video game seems unreasonably crazy for any company to ask.

The biggest problem with the FOB system is its lack of variety; every base's layout is the same. The number of mines, enemies, and surveillance devices vary based on how the player's set things up, but the map's always the same, based on which platform (command, support, medical, etc) you're invading and its level (1-4). This means that once you learn the safest path through a platform, it's got a good chance of working on every base you invade. You're on a timer, and if you screw up it's very easy to get killed or captured, but the lack of variety soon turns the invasion missions into a rote exercise. There's customization available, but it's so limited that the whole thing feels rushed. Then again, so do some big parts of the main game, in spite of its excellence. 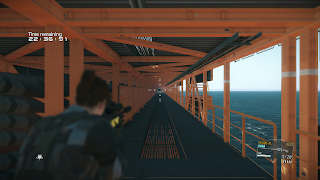 What I find compelling about the FOB system is the story it tells and the atmosphere of dread it gives me. Not everyone's going to experience this; certainly not if you're a pro who wins every invasion and defense. Normally, you can only invade (or defend, if you choose to support another player) the base of a random player. You're given a list of similarly leveled players and can commit to attacking or pledging your friendship, but you can't search for users or view anyone on your system's friends list (particularly annoying if you want to be a defender for your real buddies.)

Things change once you've actually invaded: If the other player's offline, your name is added to a Retaliation list. You can also perform Indirect Retaliations, striking back against players who have hurt someone on your friend list. The Retaliation system, entirely through game play, tells a story of deterrence and of the massive gulf between powerful nations and those barely able to stand on their own legs. 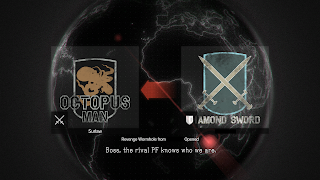 The concept of war deterrents, whether they be nuclear weapons or giant robots or AIs, is a running theme throughout the Metal Gear franchise, including Phantom Pain. It's discussed and stressed over and over, sometimes to excruciating lengths, but it's never the most effective or interesting part of the story in these games. The FOB mode sells the concept better than hundreds of words in the rest of the series do: When selecting my target, I study them carefully, fully aware and fearful of retaliation by a nation as strong, or far stronger, than mine. I know that if I go after a high value target, I may be able to score some nice resources, but if I open myself up to their retaliation, I risk losing everything I've won and then some. I look at a base covered in 80 soldiers and a dozen surveillance drones and say to myself, "nope, I'm not messing with this guy," even if I'd really like to steal some of his fuel.

Meanwhile, the weaker nations make tempting targets. 12 soldiers, no drones, no cameras? That's easy pickings. If that's all they've got, the odds of them striking back and doing any serious damage to me feels pretty low (though this isn't always true, some very good players just don't invest in their FOB.) The rewards may be lower, but I'm free to basically pick and choose and take whatever I want. If that's not a direct analogue to real world foreign relations I don't know what is. 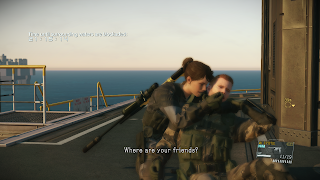 Invading players who can't defend themselves isn't satisfying for me any more; it makes me feel like a jerk and I don't want to wipe out someone's supplies before they've had a chance to even establish themselves. I guess I'm not enough of an 80's Guy to cut it in Phantom Pain's brutal 1984. Instead, I've taken to pledging friendships with players who have small, weak bases and performing Indirect Retaliations to invade the players who mess with them. It gives these missions a weird world-police sort of feeling, though as in reality, I'm still very unlikely to rush in guns blazing to defend a smaller nation if the one messing with them is a superpower.

There's no textual narrative at play here, but through the missions themselves, through the alliances, and through the fear of retaliation, the FOB system tells a story about peace through mutual fear and of larger powers taking advantage of those too weak to fight back. It's subtle, but significant, and helps build up an otherwise feature-light online mode into something meaningful, all without any cutscenes or dialogue (outside of "the enemy knows where we are now.") The Phantom Pain spends a lot of time discussing the power of language, silence, and deception, and the FOB system proves the value of silence by expressing meaning with action, not words. 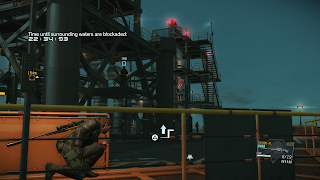 Another side part of the FOB system is the ability to develop nuclear weapons or to disarm the weapons of other players. Building a nuclear bomb takes a huge amount of resources and development time, but once you've got one, other players are blocked from invading you unless they've got one of their own or if they've performed enough heroic deeds in game to be recognized as a hero. There's a hidden cutscene that's been datamined from the game's disc that can only be viewed if players successfully disarm every nuclear weapon in the world. As in the real world, it's theoretically possible, but highly improbable while the most powerful, richest nations hold all the cards. It's unlikely that anyone will ever see this cutscene legitimately, in-game. But that doesn't mean some people won't devote their lives to peace. 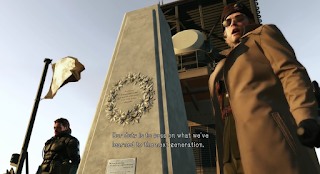 Dissonance between story and game play is something that becomes more and more of an issue as games become more cinematic. It's especially awkward in open world games, whether they be Grand Theft Auto or Assassin's Creed or Sleeping Dogs, where a player character will express remorse or concern for violence in a cutscene and then go out and run through a crowd of civilians with little to no consequence. It's especially egregious in Sleeping Dogs, where the player character is an undercover cop who has nightmares about the mobster violence he witnesses in between bouts of running half the population of Hong Kong off the road during chases without a blink.

Metal Gear Solid V's game play, from violent combat to abducting and indoctrinating soldiers to invading enemy territories for resources, all works towards strengthening the themes of loss, revenge, and hatred that the main story focuses on. There's no dissonance here, not even in its online FOB mode, and that's an accomplishment of its own. A possibly tacked on, possibly unfinished online mode expresses themes meaningful to international relations, violence, and politics, and that's solidly impressive.
Posted by surlaw at 7:44 PM