Of all the weird indie games to come out in the last few years, Keita Takahashi's Noby Noby Boy remains one of the all time strangest. More of a toybox than a game, Noby puts players in control of a stretchy worm monster as it consumes the world and ruins everything in a quest to reach the depths of space. It's bizarre, confusing, and I loved it. Hohokum, a new title by Sony Santa Monica and indie developer Honeyslug, looked to be almost a spiritual successor. Like Noby, it's got a simple, abstract art style, no immediately clear objectives, and stars a wormy beast. While pleasant and very relaxing, Hohokum never quite reaches the level of weird achieved by 2009's Noby.

Players guide their worm through more than fifteen interconnected stages, passing through weddings, water parks, paper grids, and plenty of fertilization imagery. The art style changes from stage to stage, but is always smooth, brightly colored, and full of various little buddies to meet along the way. Hohokum (a misspelling of Hohokam) at first appears to be a sandbox like Noby Noby Boy, where players drift from zone to zone chilling out with no real end goal.

By accident, I realized that there actually was a goal to the game after finding and rescuing one of my worm buddies that first I saw in the game's tutorial stage. Soon I figured out that there was more to do that just ooze around. The game's purpose is never clearly stated, but your goal is to find a missing buddy in each stage and bring them home. The other worms are found by various means, whether they be destroying certain objects in a stage, carrying characters to specific places, or passing out wine at the wedding. There's even a boss fight thrown in, which doesn't really fit the rest of the game.

Most of the puzzles are simple and easy to figure out once you realize they exist at all, but some are a bit annoying and unclear. For instance, one stage has players complete the same objective three times, but you'll have to leave the stage in between each try to clear it. In a game with no text or clear indication that anything's happening at all, this isn't a lot of fun. Thankfully, most of the puzzles are better than that, even if few are complex. I personally really liked the grid-based puzzle world.

Hohokum is kind of in-between traditional indie puzzle games and more toy-like experiences like Noby Noby Boy. It's plenty weird, but it still feels kind of safe, and isn't as aggressively bizarre as Noby or the first couple of Katamari Damacy games. It's too vague to be played straight, but too structured to feel as surreal as its art style implies. It's a good game and a fun way to spend the three to four hours it takes to clear your first time through, but in spite of its very pleasant style, something still feels just a tiny bit off.

As a nice bonus, this game is a cross-buy title, so anyone buying it gets access to the game on PS3, PS4, and Vita for one price. 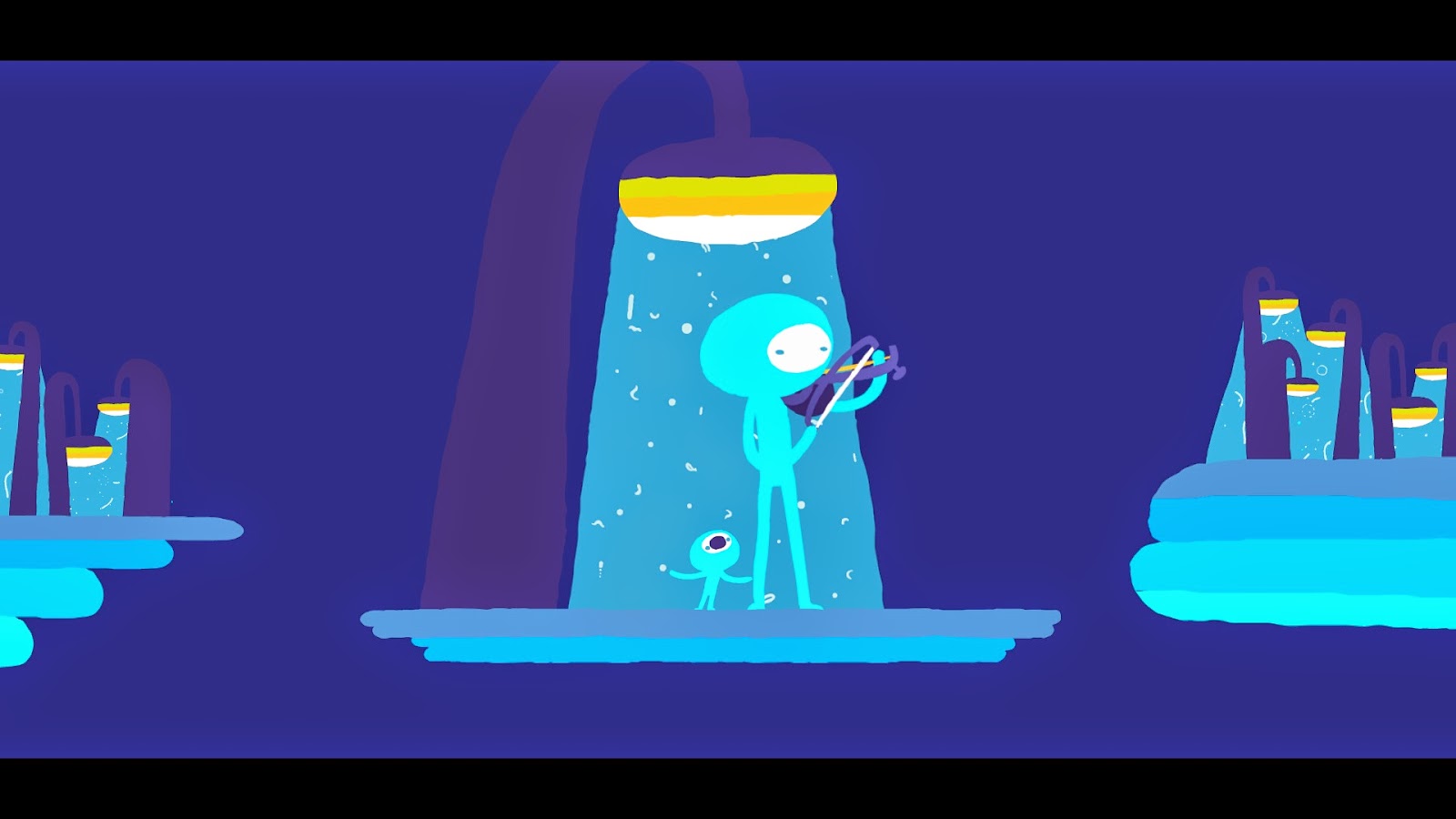